It's petrol vs diesel as we find out which sports SUV is better: Porsche's all-new Cayenne Turbo or the Audi SQ7 in new Vorsprung spec...

The SQ7 isn’t new, but Vorsprung trim is. It brings loads of standard luxuries.

New Cayenne is Porsche’s biggest SUV and, in range-topping Turbo form, its fastest.

On the face of it, this seems a straightforward match-up. Both contenders are giant German SUVs with suitably glamorous badges, and both are the fastest versions in their respective ranges. Heck, both even have turbocharged 4.0-litre V8s.

However, there is one crucial difference: one runs on petrol and the other on diesel. Yep, diesel may not be the most fashionable thing to squirt into your car right now, but you’d be mad to completely rule it out if you’re buying a big SUV, for reasons that we’ll explain.

Flying the black flag is the Audi SQ7, in new and outrageously well-equipped Vorsprung guise. This five-metre-long behemoth has seven seats and a boot big enough to double as a van, yet it promises a surprisingly parsimonious 37.2mpg.

Porsche stopped selling diesels earlier this year, so if you want a Cayenne, you’ll have to fill it up at the green pump. And you’ll do so a lot, because even the notoriously optimistic official figures suggest just 24.1mpg. The Cayenne can’t be had with seven seats, either. But do those drawbacks help make it a demonstrably better driver’s car? 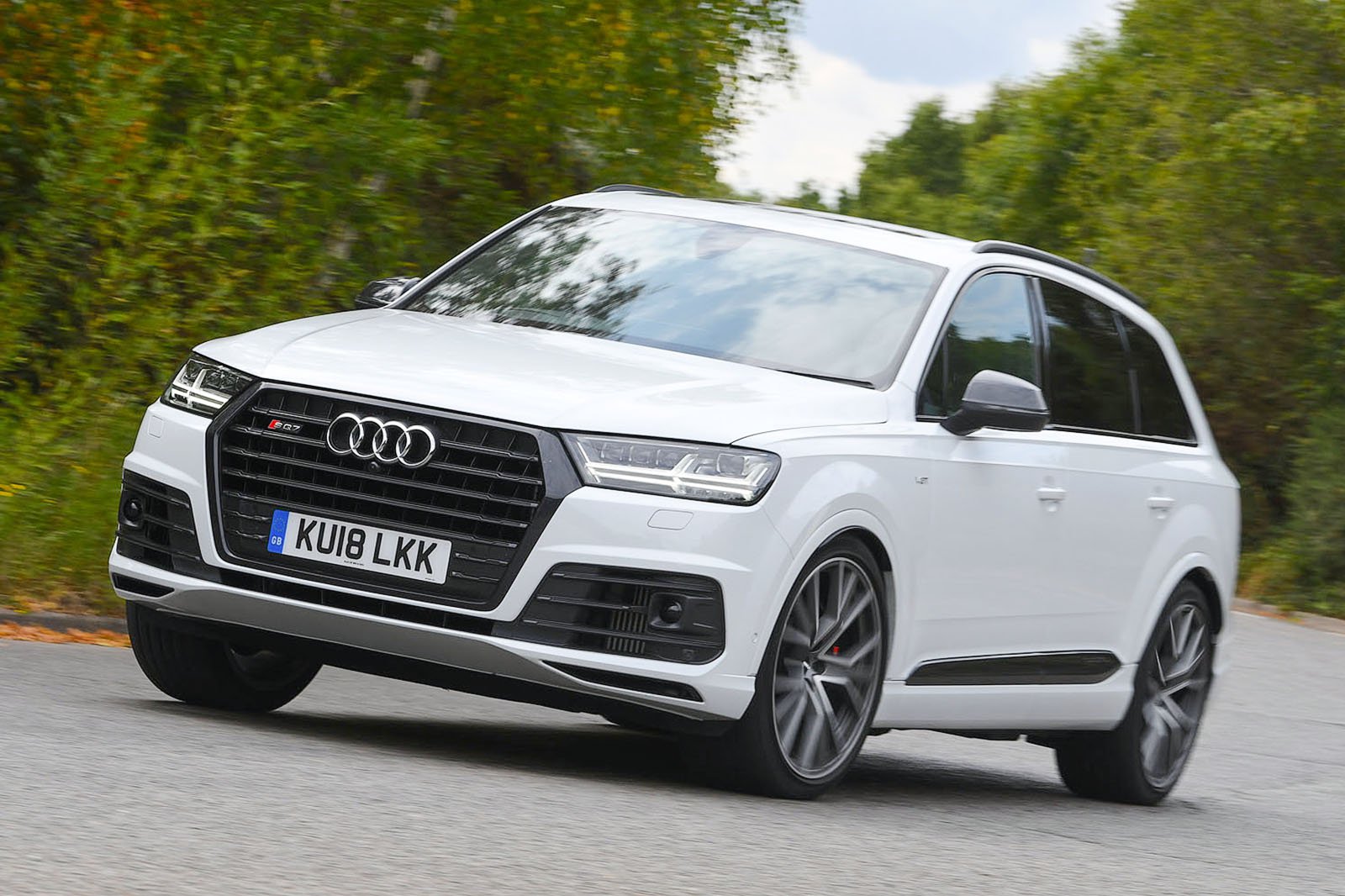 By any standards, the SQ7 is ridiculously fast. It may weigh as much as two 1.0-litre Ford Fiestas, but its mighty powerplant has more than four times as much power as said small hatch (429bhp) and five times as much low-rev muscle. Imagine the QE2 leaving port like a jet ski and you’ll have some idea of just how incongruous it feels when you accelerate hard.

But the Cayenne is even faster. It’s only fractionally lighter, but its engine pumps out 542bhp. Plus, our test car was equipped with the Sport Chrono Package (£774), which, among other things, adds a trick launch control system to help you make cleaner getaways. So, while the SQ7 achieved 0-60mph in an eye-widening 4.6sec, the Cayenne posted a scarcely believable time of just 3.7sec. In fact, of all the SUVs we’ve tested, only the Mercedes-AMG GLC 63 S has bettered that time, and even then by only 0.1sec.

The Cayenne has the edge in corners, too – although there are mitigating factors. Firstly, our SQ7 wasn’t fitted with the Dynamic Pack (£5700), which adds active anti-roll bars and four-wheel steering to improve body control and agility. We’ve tried an SQ7 with this before and it really makes a difference. Secondly, our Cayenne was fitted with optional active anti-roll bars (£2315), so it had a slightly unfair advantage. Nevertheless, it darts into corners more eagerly, grips harder and leans less than the SQ7, which itself, even in its standard form, is surprisingly fleet-footed.

In short, the Cayenne is the best-handling SUV of its size, and its steering is more precise and more feelsome than the SQ7’s. Just don’t expect it to fly around bends like a 911 can; all the clever engineering in the world can’t completely mask the Cayenne’s weight and height.

But while sports SUVs obviously need to be fun to drive, they must also let you do long drives without developing back ache and tinnitus. 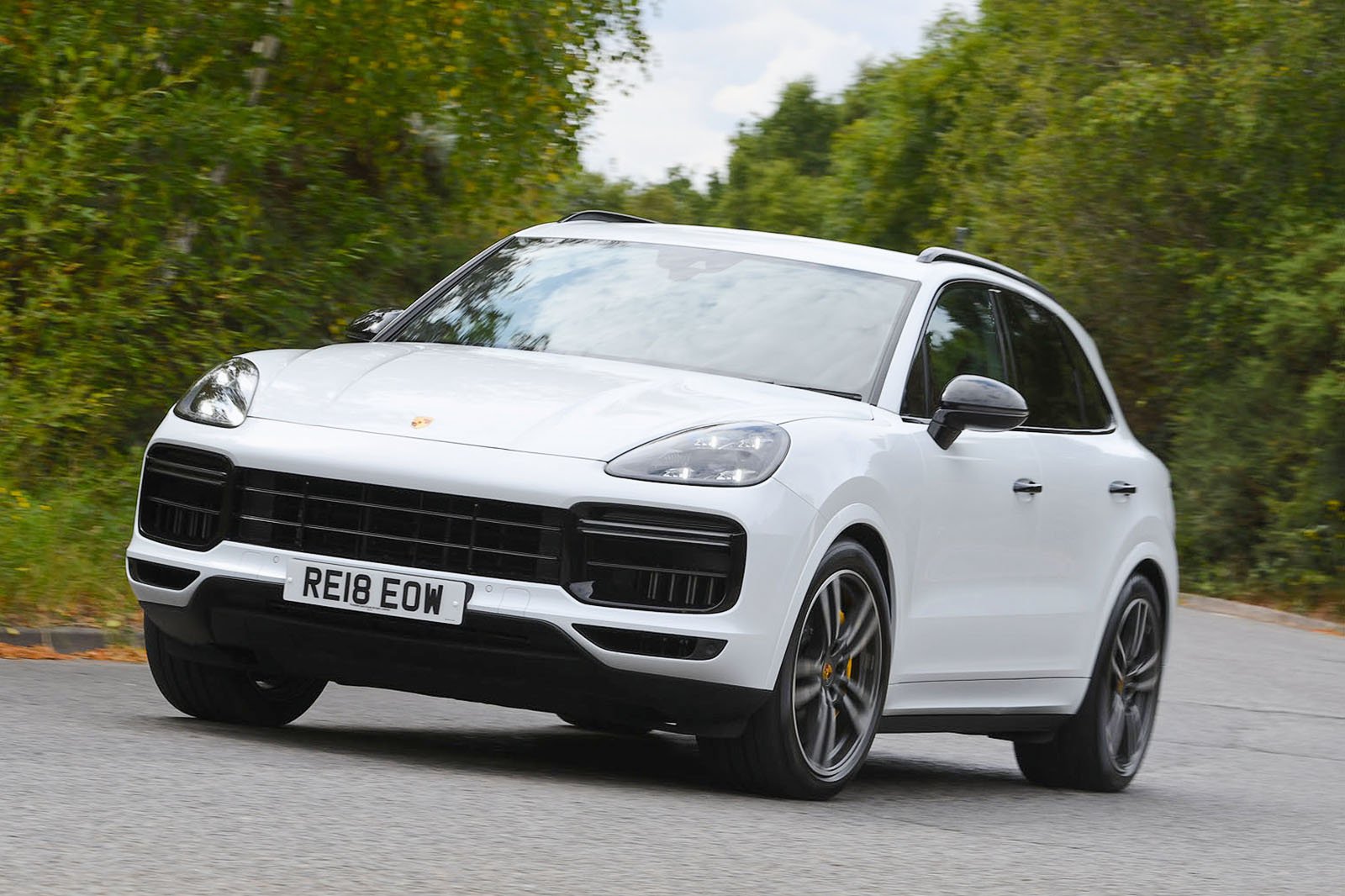 This is where the SQ7 really starts to shine. Despite its 22in wheels, it rides remarkably smoothly at any speed. There’s barely any unwanted clamour, either; engine noise all but vanishes at a cruise, and there’s little tyre roar or wind fl utter.

The Cayenne isn’t especially fractious, but there’s more engine, wind and tyre noise at 70mph. Despite its smaller (21in) wheels it doesn’t smother bumps as well, either, so it tosses your head from side to side more along urban roads. Still, it’s far from uncomfortable.

You might get tired of how often you need to refuel the Cayenne, though. Based on our real-world test, you’ll get a reasonable 410 miles from its huge 90-litre tank, but even short spells of hard acceleration will send that number tumbling. The SQ7 actually has a slightly smaller (85-litre) tank, but its far better test economy means a range of 580 miles is realistic.