Upmarket South Korean brand Genesis has bold ambitions to take on the likes of Audi and Tesla with its new electric SUV. Time to see if they're realistic...

The first dedicated electric car from the premium arm of Hyundai-Kia shares its underpinnings with our reigning Car of the Year, the Kia EV6

Early versions of the Model Y failed to impress. Has Tesla smoothed off some of the rough edges to create a class leader?

Buy a £4.50 bottle of plonk and only half of that money is going towards the wine; the rest is going straight to the Government in tax. That's why it usually leaves an aftertaste as bitter as a Government reshuffle. But the tax cost is fixed at £2.23, so up your budget to £6.75 and suddenly twice as much money is going on the quality of the drink. 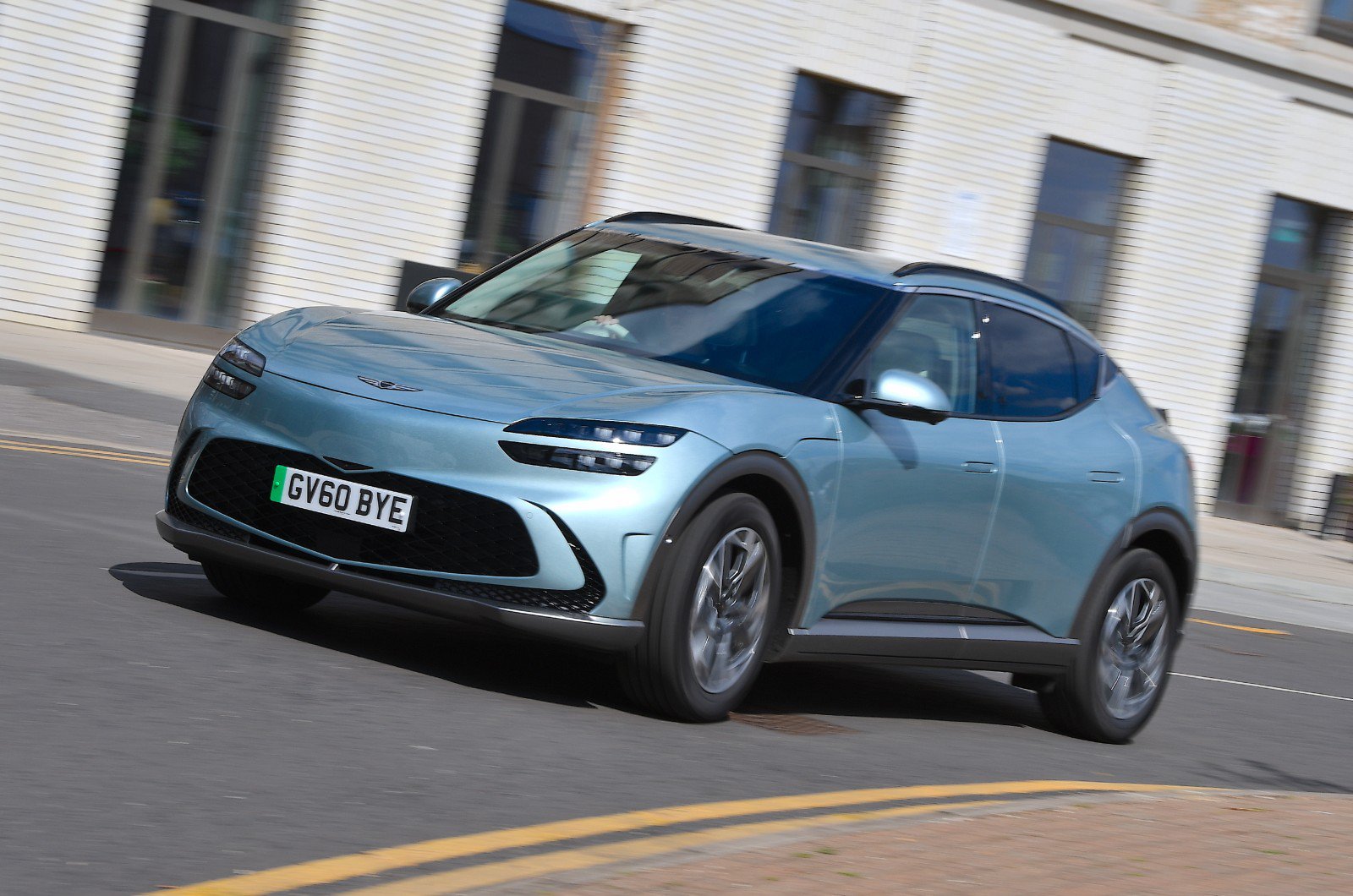 Don't worry: we haven't hired Martin Lewis (of MoneySavingExpert fame) to write for What Car?. The reason we're telling you this is because there's a non-alcoholic equivalent in the world of electric cars. You see, there's essentially a fixed cost for their high-voltage batteries – and a big one at that. Okay, it varies a bit depending on capacity, but it's why even the cheapest electric cars aren't really that cheap at all.

You'll spend close to £40,000 on a Renault Megane E-Tech or Volkswagen ID 3, for instance – good cars but not exceptional ones. Whereas, if you up your budget a little, suddenly the quality of cars available to you increases dramatically. You could even have yourself a premium badge. 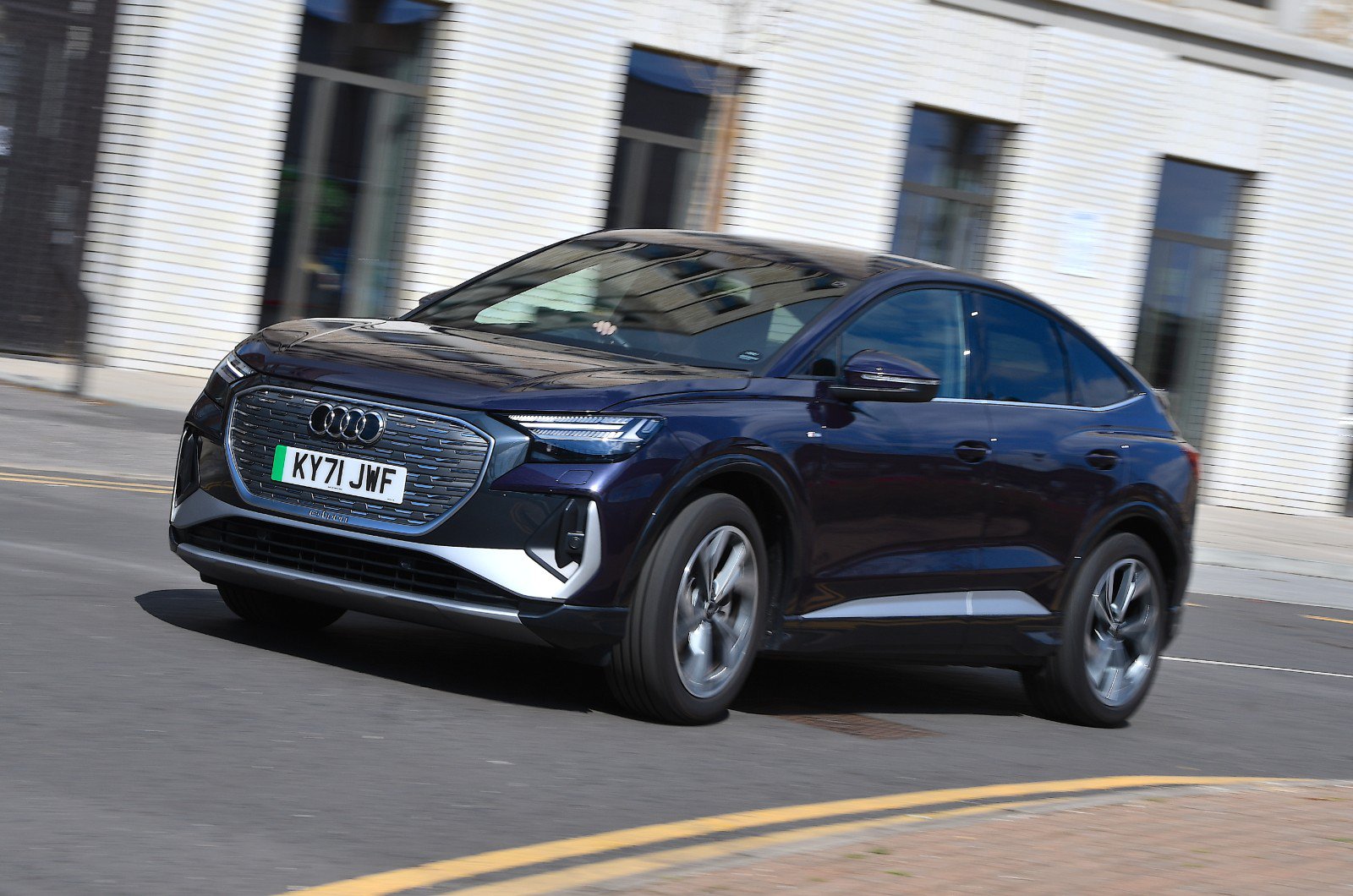 Take the Audi Q4 Sportback e-tron. It starts at less than £45k – or roughly £120 a month more than an ID 3 if you buy on PCP finance – and even if you go for the version with the biggest battery and sporty S Line trim (as we're testing here), you'll be spending just over £50k. The Q4 is a larger and much more practical choice, plus it has a longer range and a plusher interior – so that doesn't seem like a bad deal, does it?

In case you didn't know, Audi is part of the Volkswagen Group – in the same way that Genesis is the premium arm of Hyundai Group, which also includes Kia. Genesis may lack the heritage of some of the major European players, but it has big ambitions, and as a sweetener to tempt you to try it, the pricing of its new Genesis GV60 seems remarkably aggressive. It's not only cheaper than the Q4 Sportback in like-for-like spec but it also undercuts the equivalent Kia EV6 – our reigning Car of the Year and a model with which it shares its basic underpinnings, electric motor and battery. 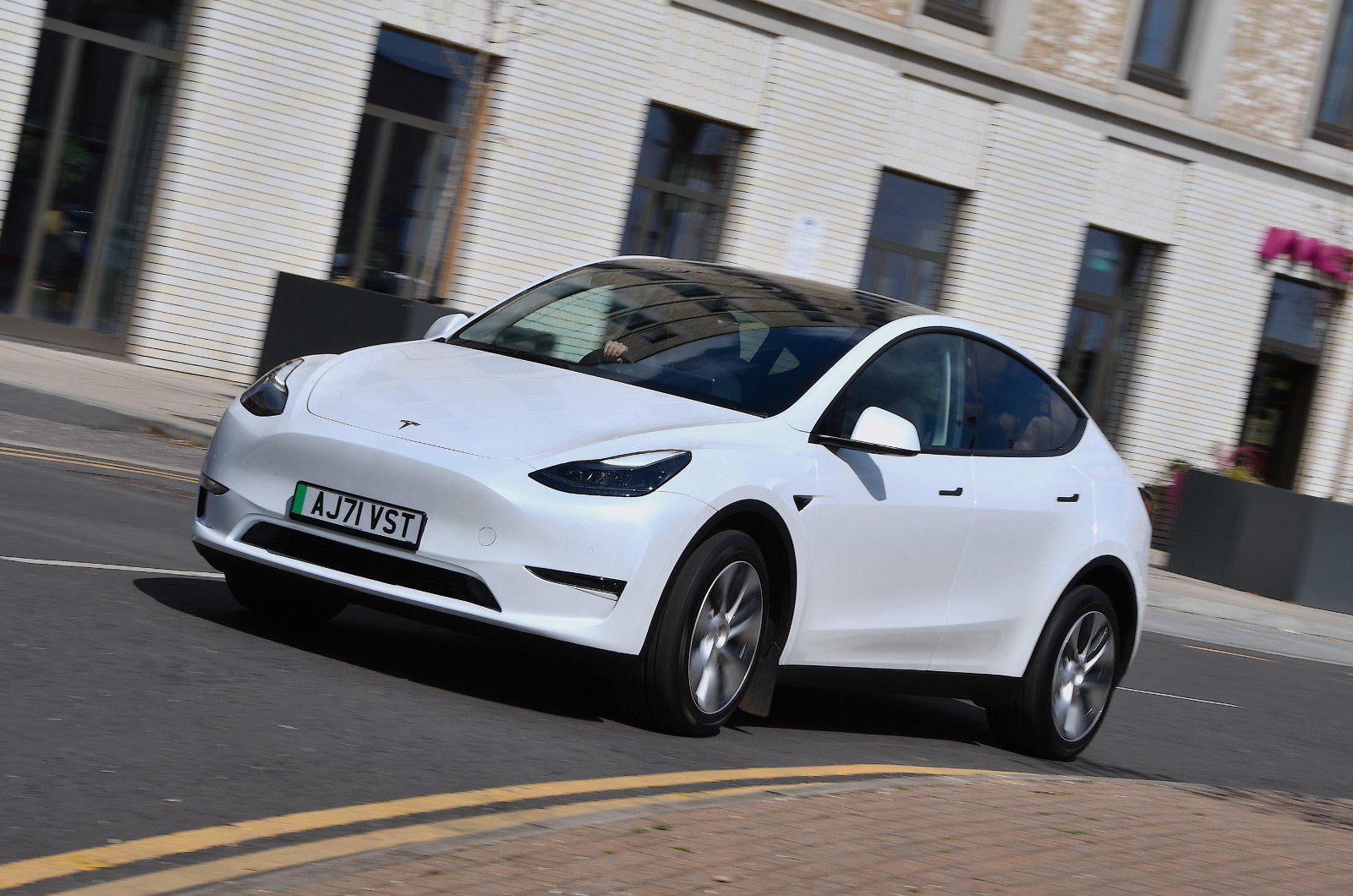 If your budget can stretch a little higher, you might want to consider the Tesla Model Y. It's already a massive seller, has the longest official range of our three contenders and gives you access to Tesla's brilliant Supercharger public charging network.

The Model Y might look like an SUV, but it has the heart of a barnstorming performance car. It can rocket you to 60mph from a standstill in just 5.0sec – quicker than an entry-level Porsche Taycan – and is the only car here that will genuinely widen your eyes when you floor the accelerator pedal.

That's not to say that the other two are slow – far from it. They just have acceleration that's appropriate for a family SUV, rather than a dragster. The GV60 has the edge over the Q4, but even the latter can get you from 0-60mph in around eight seconds, so overtakes on country roads are easily dispatched. 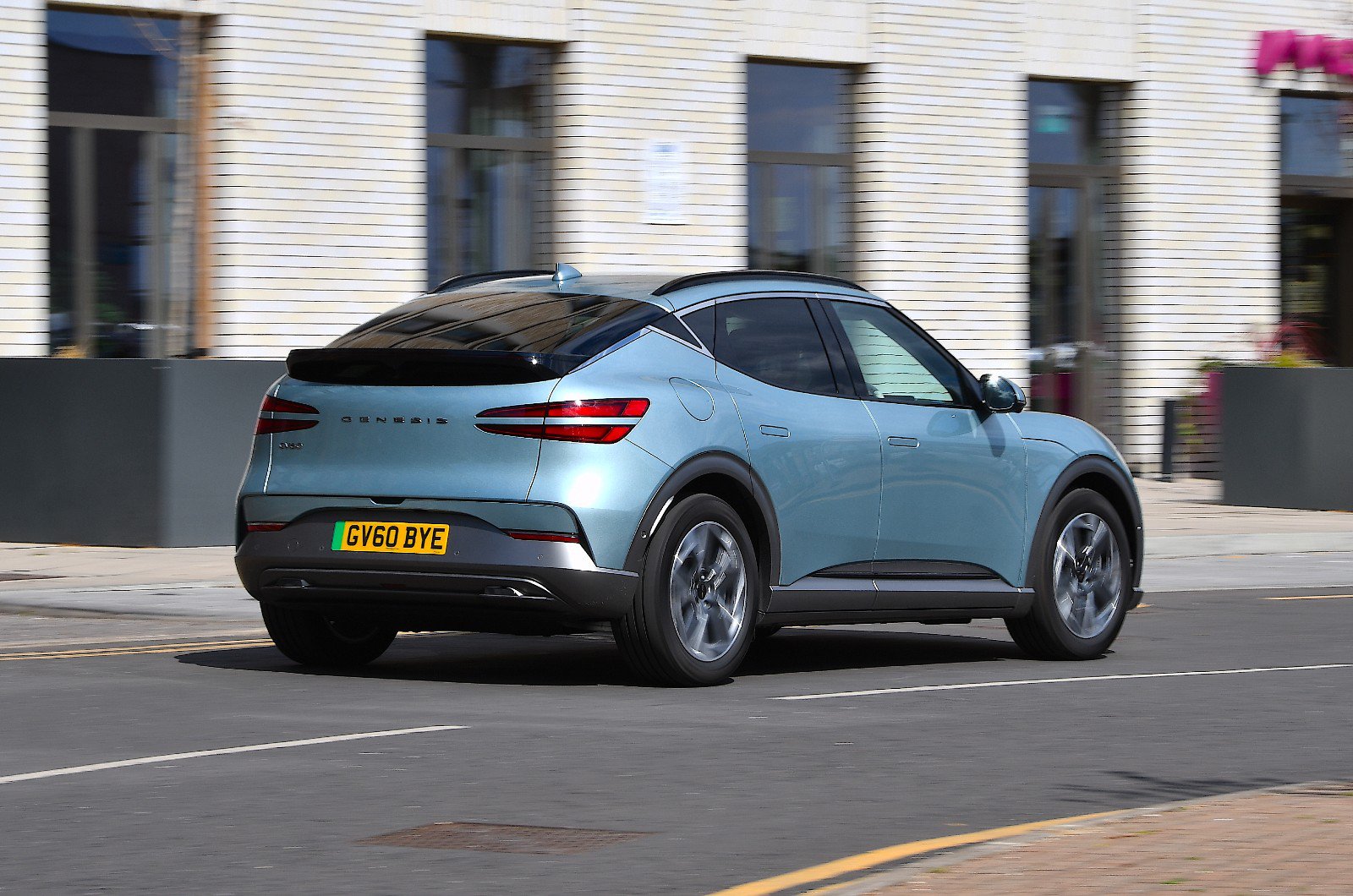 Perhaps even more impressive, though, is how easy it is to drive these cars smoothly. The Q4 and GV60 have particularly well-judged accelerator pedals, so easing away from the line or crawling along in stop-start traffic is immediately second nature. The Model Y has a comparatively sensitive accelerator pedal, meaning more delicate inputs are required in gentle driving. But if you don't like this, you can simply switch the acceleration mode to 'Chill' for more easygoing responses.

By electric cars standards, all three have feelsome brake pedals, too. The Model Y's is particularly good, although you won't find it at all tricky to slow down smoothly in the Q4 or GV60 either. And as with most electric cars, you can change the regenerative braking effect that happens whenever you lift off the accelerator pedal (as otherwise wasted energy is harvested to stretch out range), lessening your need to use the actual brake pedal. 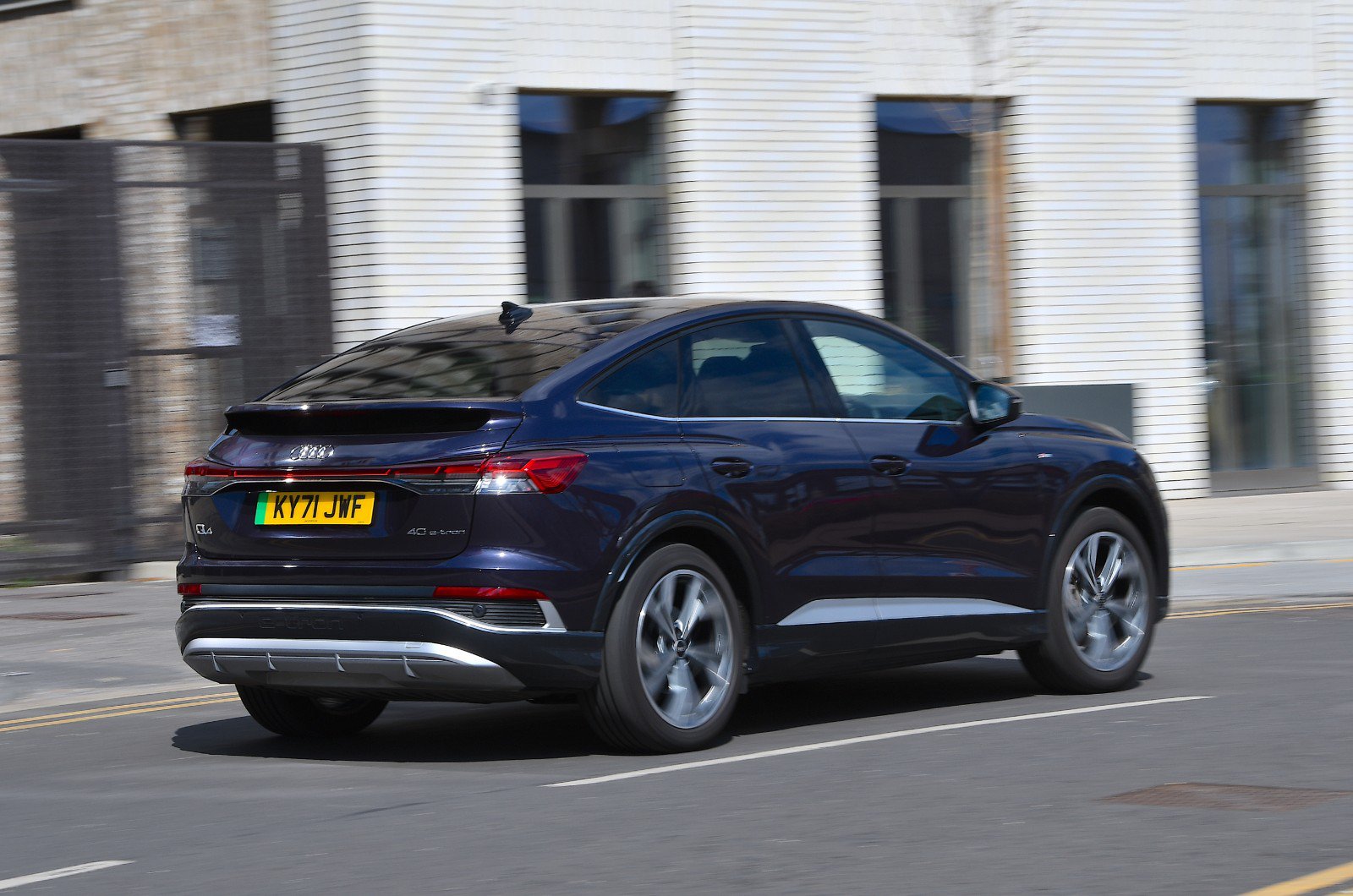 When we first tested the Model Y around a year ago, we criticised its lumpy ride and noisy cruising manners. Tesla appears to have listened, because recent cars are considerably less fractious. Still, you wouldn't describe its ride as smooth. You're bounced around more than in the Q4 and GV60 – two of the most comfortable electric SUVs on sale today.

The GV60 edges it, though; it's just as supple as the Q4 in urban environments, yet is noticeably smoother on faster roads, including motorways. It's easily the quietest of the bunch at a 70mph cruise, too, thanks to the best suppression of wind and tyre noise. The Model Y is rowdiest, with lots of suspension noise making its way to your ears. A parcel shelf would act as a partial sound barrier but, alas, Tesla has opted not to fit one. 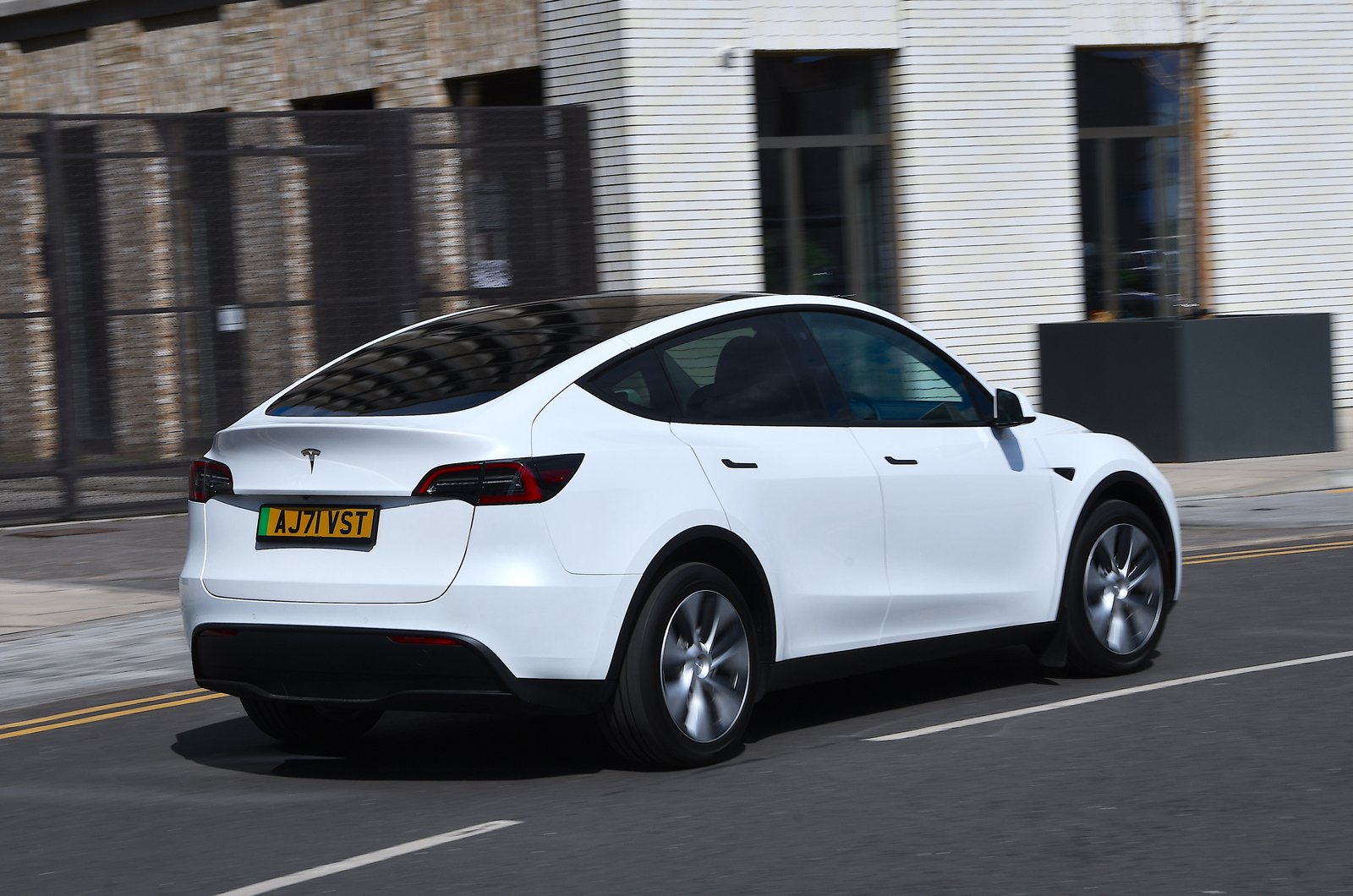 You can't argue with how effectively the Model Y goes around corners; it grips the hardest and stays fractionally the most upright through fast direction changes. However, the hyperactive steering isn't well suited to an SUV (it works better in the sportier Tesla Model 3 saloon) and that saps the fun out of the experience, plus it has a tendency to be knocked off line by mid-corner bumps.

The Q4 and GV60 are calmer, more grown-up and altogether more relaxing to drive. You wouldn't really describe them as fun, either – but they're very competent and even quite enjoyable to drive along straight roads and winding ones alike.

Our trio have similar-sized batteries, but the Model Y's superior efficiency means it'll get you the farthest on a charge. In our tests, it averaged 3.8 miles per kWh (we've seen 4.1 miles/kWh in warmer weather), which translates to a theoretical maximum range of 285 miles. In the same conditions, the GV60 should get you 255 miles (3.3 miles per kWh) and the Q4 245 miles (3.2 miles per kWh).

How to spec a Genesis GV60