Historically, Kia’s electric Niro has always overshadowed its Soul sister. Is now the time for the underdog to fight back? We find out...

The Niro’s sibling packs the same power and range, but presents it in a very different way

We'll hazard a guess that you've heard of Black Sabbath or watched the X Factor on TV, so you're aware of the larger-than-life Ozzy and Sharon Osbourne. There's even a chance that you've heard of their children, Jack and Kelly. However, you might not know that they have another daughter named Aimee, who's somehow managed to stay out of the limelight that her rock 'n' roll family basks in.

In much the same way, you've probably heard of the Kia EV6 and Kia Niro EV, but did you know that there's another electric model in Kia's range: the Kia Soul EV? You'd be forgiven if you didn't. After all, the Niro has a much higher profile; its predecessor, the e-Niro, was the first electric vehicle (EV) ever to win the title of overall What Car? Car of the Year – a pretty big deal. 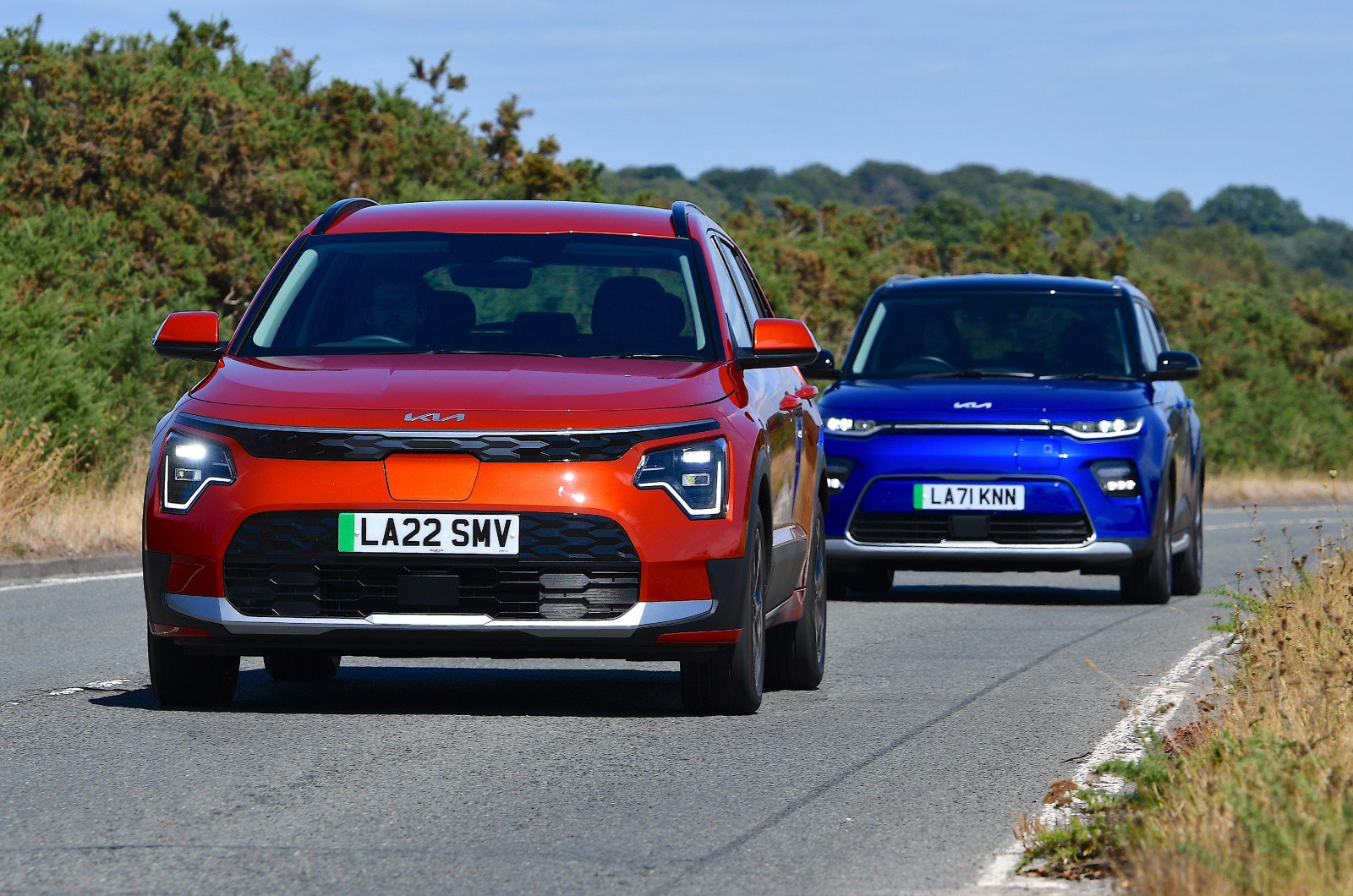 Its recent transition from e-Niro to Niro EV seems fairly subtle on the face of it – evolution, not revolution. Of course, more of the same isn't exactly a bad thing on the strength of the original, but it does give the Soul EV a chance to grab some attention.

What's more, the Soul shares many similarities with the new Niro. In Explore trim, it has the same motor, a similar-sized battery and a similar range. It also comes with significantly more standard equipment (more on that later).

To find out which is the real star sibling, were putting the Soul EV Explore head to head with the entry-level Niro EV 2.

While neither of these Kias proclaims to be a sports car, both produce 201bhp and have plenty of pace when it comes to joining a motorway or overtaking slow-moving traffic. 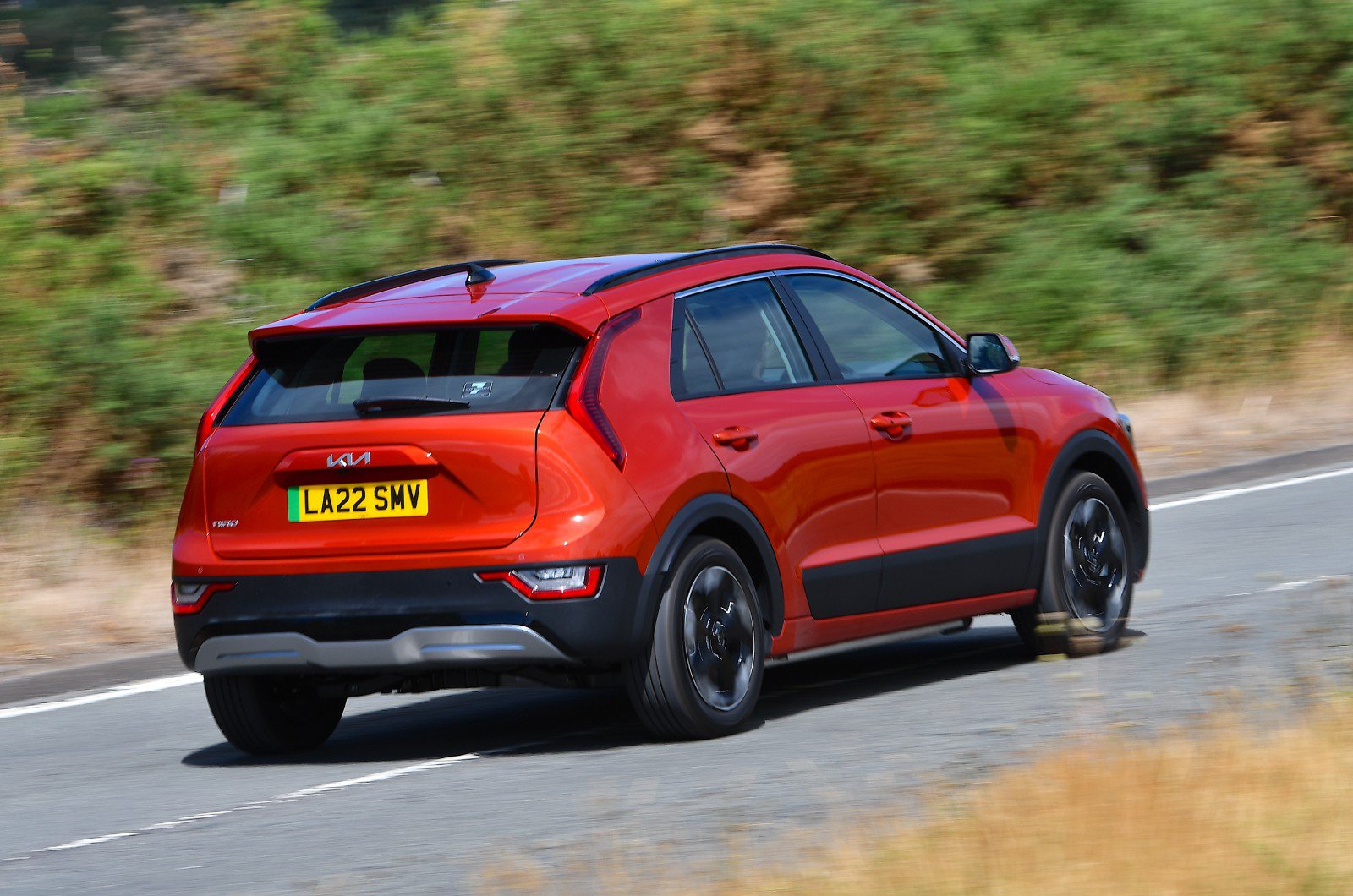 Put them against the clock and you'll find that the Soul is quicker, sprinting from 0-60mph in 6.5sec and launching itself off the line in an exuberant manner, with a fair bit of wheelspin before it gains traction if you're ham-fisted. The Niro, meanwhile, is more restrained, limiting the power available from a standing start to keep wheelspin at bay. However, this dampens acceleration, too; its 0-60mph sprint takes 7.2sec.

The Niro doesn't feel especially surefooted when you get onto a winding country road. Despite generating a little more grip than the Soul, the Niro's softer suspension means that it leans more in bends and isn't as settled when you encounter mid-corner bumps.

The Soul is more encouraging when the going gets twisty. Its steering is lighter than the Niro's, but it's more responsive and accurate, making it really easy to place the car confidently on the road. And although the Soul looks a little top heavy, it remains relatively upright, even when making quick changes of direction. 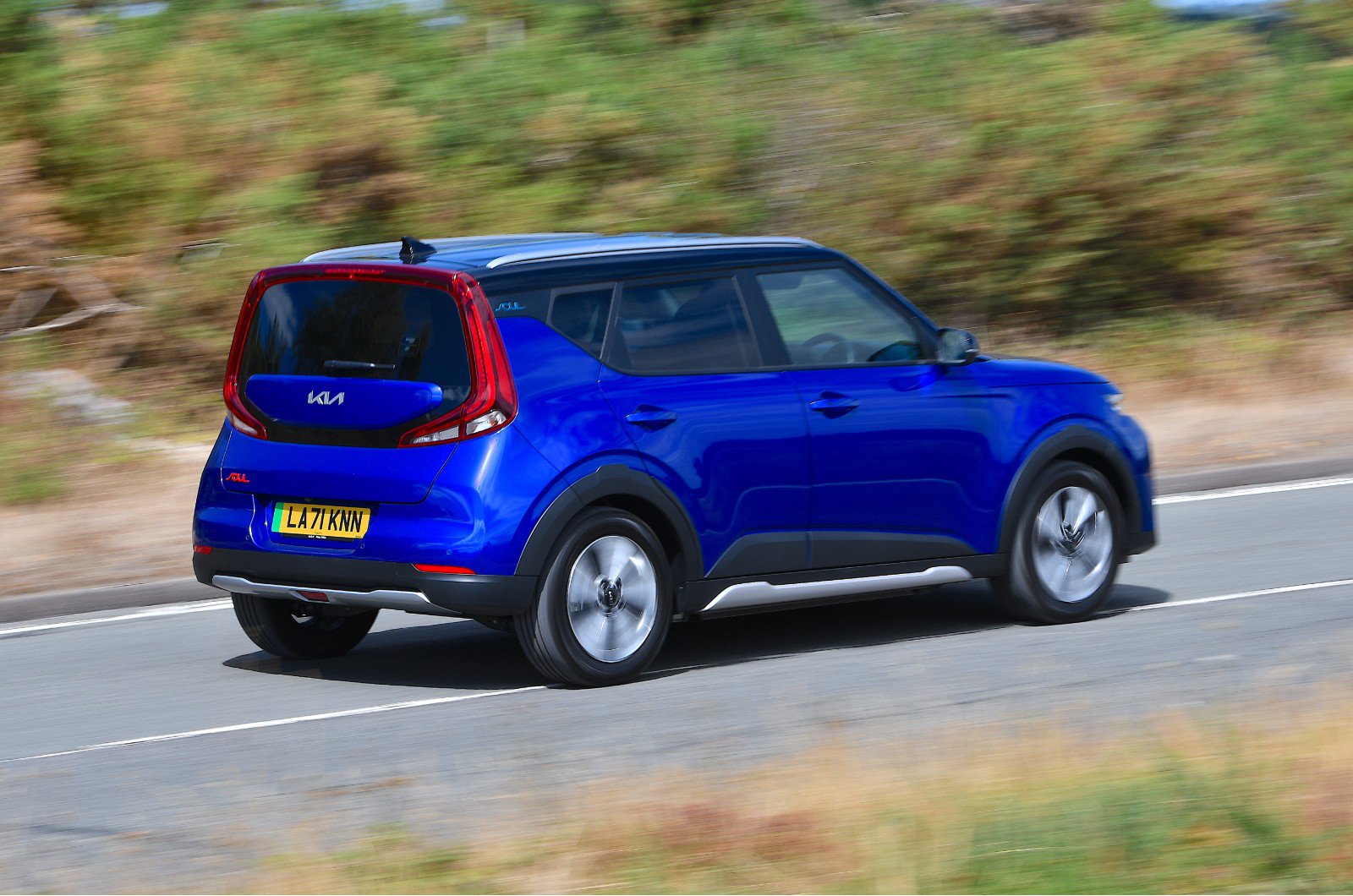 Of course, the speed at which this pair can go around a corner probably isn't at the top of your priority list; how far each will go between charges is a more pressing concern, we suspect. Well, in this regard, things are pretty close. Both cars are impressively efficient; the Soul managed 3.9miles per kilowatt hour (kWh) and the Niro 3.8 miles/kWh on our test route. As such, you can't really split the pair on real-world range; driven sensibly in mild weather, both should manage around 250 miles on a full charge.

Where you can split them, though, is in how well they soothe you when covering all those miles. And it's here where the Niro claws back some points. Its suspension is soft enough to isolate you from imperfections in the road surface, but controlled enough to prevent it from feeling overly floaty over undulations.

The Soul, by contrast, never quite settles down. Now, that's not to say that it's liable to send a bone-shuddering thump through the car when you drive over a pothole (it takes the sting out of such craters very well), but it always feels as if it's fidgeting as you drive along, causing your head to gently rock back and forth. 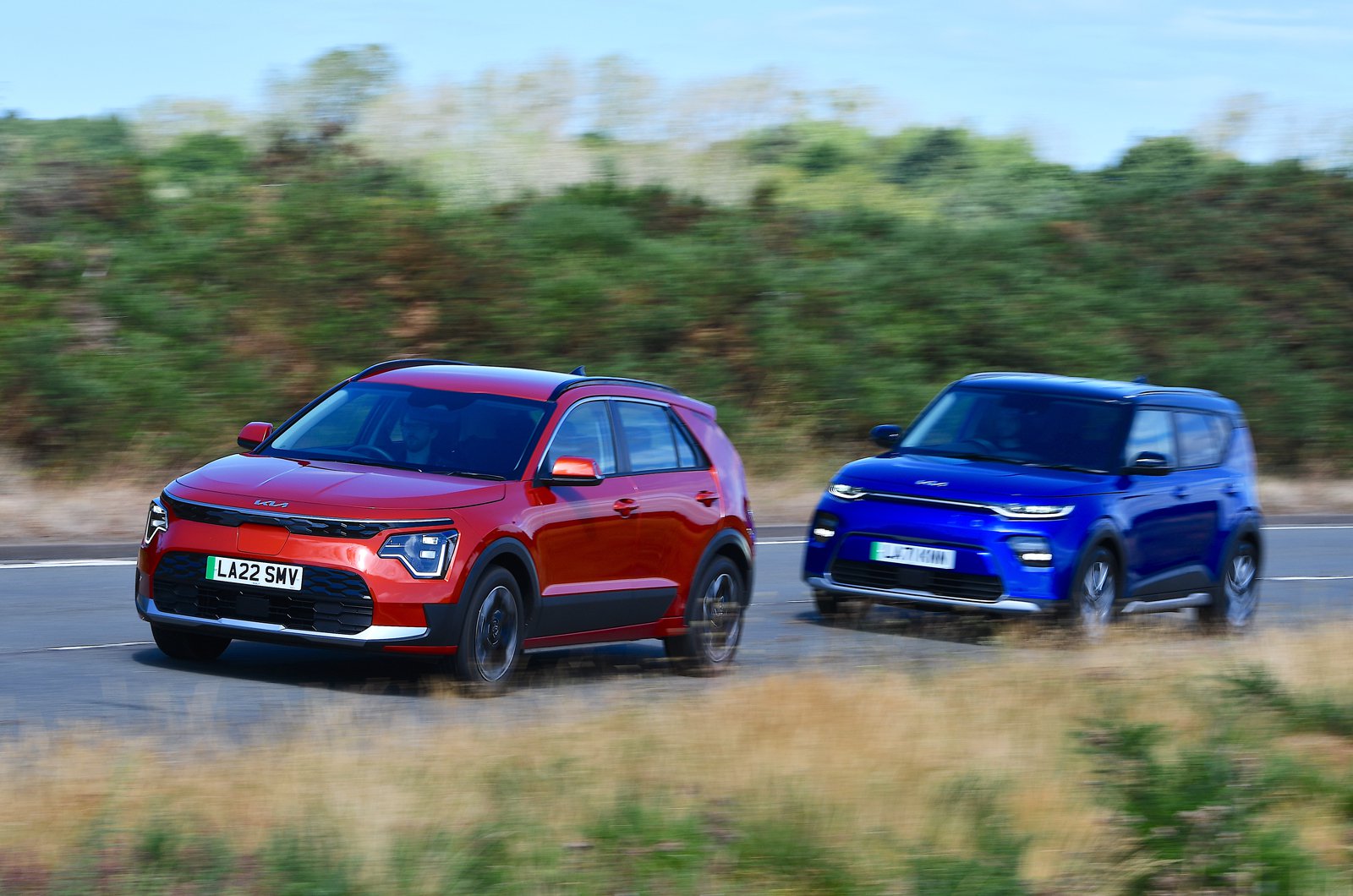 When it comes to delivering a hushed environment for passengers, both are helped by the fact that they don't have engines  burbling away under their bonnets. Similarly, neither is particularly noisy when you're clipping along on the motorway; both cars generate modest levels of wind and road noise, and neither transmits much thumping from the suspension on a bumpy road.

In their fiercest settings, our contenders' regenerative braking systems (which recover energy that would otherwise be wasted and use it to top up the battery) can bring them swiftly to a halt when you lift off the accelerator, so you can drive with just one pedal most of the time. There's no noticeable effect on brake pedal feel, either, so braking is never anything but smooth and easy to control. 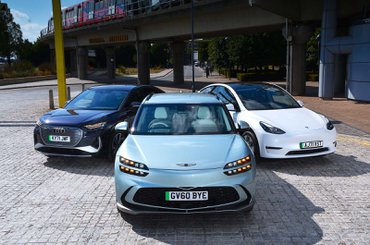 Upmarket South Korean brand Genesis has bold ambitions to take on the likes of Audi and Tesla with its new electric SUV. Time to see if they're realistic