The head says a new Kia Stinger, but the heart wants a used Alfa Romeo Giulia Quadrifoglio for similar money. So, which of the two is the better purchase?... 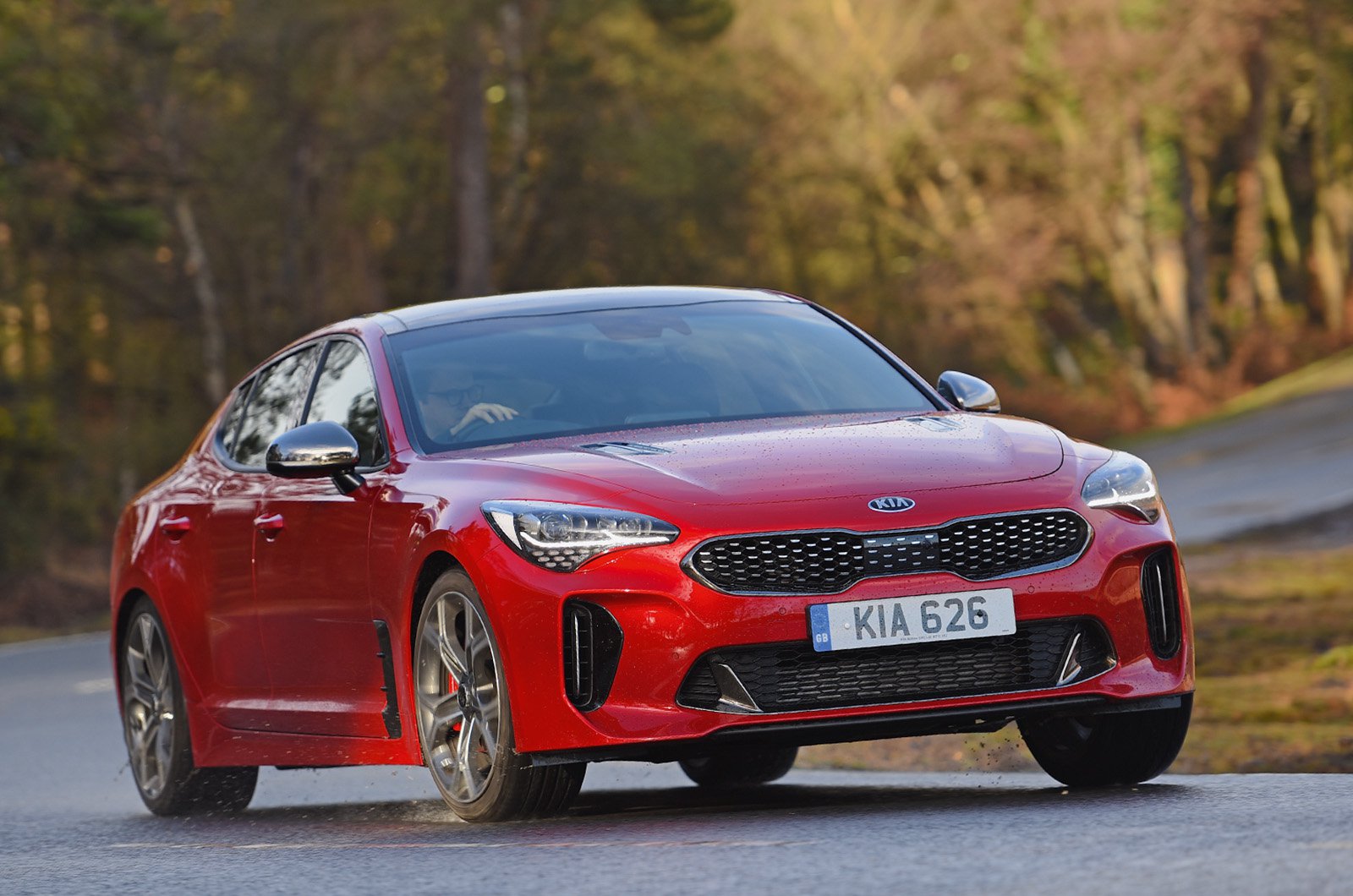 Clearly, the 503bhp Giulia Quadrifoglio is going to run rings around the comparatively weedy 361bhp Stinger, but in fact, the Kia is far from a disgrace. The steering is nicely weighted and has an accuracy to it that allows you to follow a meandering country road with absolutely no drama.

Even in its softest comfort setting, the big Stinger resists body roll well and you’ll never feel it heaving from side to side as you go. Ride quality at speed is more impressive than it is at slower speeds; it has a tendency to be a bit jarring over very poor surfaces around town. The brakes are progressive and easy to modulate to prevent abrupt stops, and because the GT S has bigger Brembo brakes, it can shed momentum rapidly at higher speeds.

Mind you, the Stinger isn’t as sharp as the Giulia. There have been many chassis changes made to the Quadrifoglio over the standard Giulia in order for it to cope with the additional performance, including a trick rear differential to distribute the power better if either of the rear wheels begins to slip. Not that you’d really notice unless you are trying to provoke the car into stepping out of line (something it can do in a very progressive manner) because there are huge reserves of grip.

Like the Stinger, the Giulia has adaptive dampers, but in the Quadrifoglio they can be quickly softened up without having to change into a different driving mode. It’s hugely impressive how it manages to soak up the bumps no matter what the speed is, making this a surprisingly comfortable urban commuter. You can still notice the car following road imperfections because of the wide tyres, but you will be able to easily overcome this with the quick steering. In fact, the steering is so quick that you barely need much lock to make a significant change of direction, making the car feel exceptionally nimble.

Of course, we can’t forget the respective engines in all of this. In isolation, the turbocharged 3.3-litre V6 in the Stinger makes a lovely noise and turns in some rapid acceleration figures. We timed one at 4.8sec, which is just 0.1sec shy of the claimed figure and goes to prove that the Stinger is every bit the high-performance machine it promises to be. The eight-speed automatic can be hesitant when left to its own devices, but much more responsive in manual mode when shifting between ratios using the paddles behind the wheel.

But no matter how good it is, the deficit of 169bhp is hard to ignore. The near-instant throttle response in the Giulia Quadrifoglio is pretty exciting once you’re pressing on and the eight-speed gearbox transforms itself from being a bit of a slusher in town, to providing more instantaneous changes the faster you go. The only disappointing thing about the Giulia is that the brakes can feel a bit dead to begin with.

No one would ever describe either of these two petrol V6 cars as cheap to run because of their high 20s fuel economy. But, there are some significant differences between the two. Firstly, the Kia will need servicing every 6000 miles, whereas the Giulia can go a bit further at 9000 miles.

But you’ll need to stump up more money to get into a Giulia Quadrifoglio at £43,000, compared with the £41,220 (including metallic paint) you’ll need for a new Stinger. Then you’ll have to find an extra £320 in road tax every year (until 2022) on top of the flat-rate fee of £145 in order to drive your Alfa Romeo. This is because it breached the £40,000 threshold brought in from 1 April 2017. The Stinger avoids the extra charge – just – once you’ve discounted the first year registration fee from the on-the-road price.

Then there’s the warranty coverage, and while the Giulia did very well in our latest What Car? Reliability Survey and managed to secure a third-place finish out of 14 executive cars, you might still like to have a bit of warranty left in case something expensive goes wrong. Since a 2017 Alfa Romeo won’t benefit from the five-year warranty package provided with later cars registered after 1 July 2018, there will only be a year left.

The Kia, on the other hand, will have seven years of cover. Not that you should really expect your Kia to go wrong, because the brand came an impressive fourth out of 31 car manufacturers in the survey. Alfa, was still in the top 10, though, in eighth place.