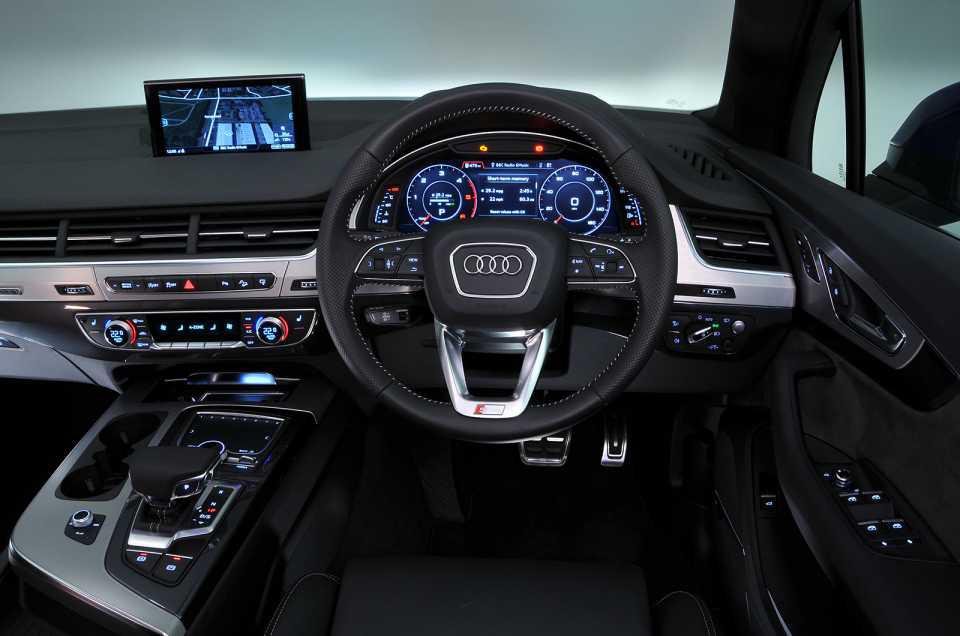 Good news: whether you’re a beefy farmer or a svelte socialite, all of these cars spoil you for comfort and space. You’ll find loads of head and leg room in the front, while dialling in an ideal driving position is easy, thanks to standard electrically operated seats (with lumbar adjustment) and steering wheels that adjust for reach and height (motorised on the Land Rover Discovery).

In fact, separating them is more down to personal preference than any obvious deficiencies. With the loftiest driving position, the Discovery will no doubt hit the spot with most SUV buyers, but the Volvo XC90’s sports seats are the most comfortable and supportive in corners. The Audi Q7 has the best dashboard layout, mainly due to the functionality of its infotainment. 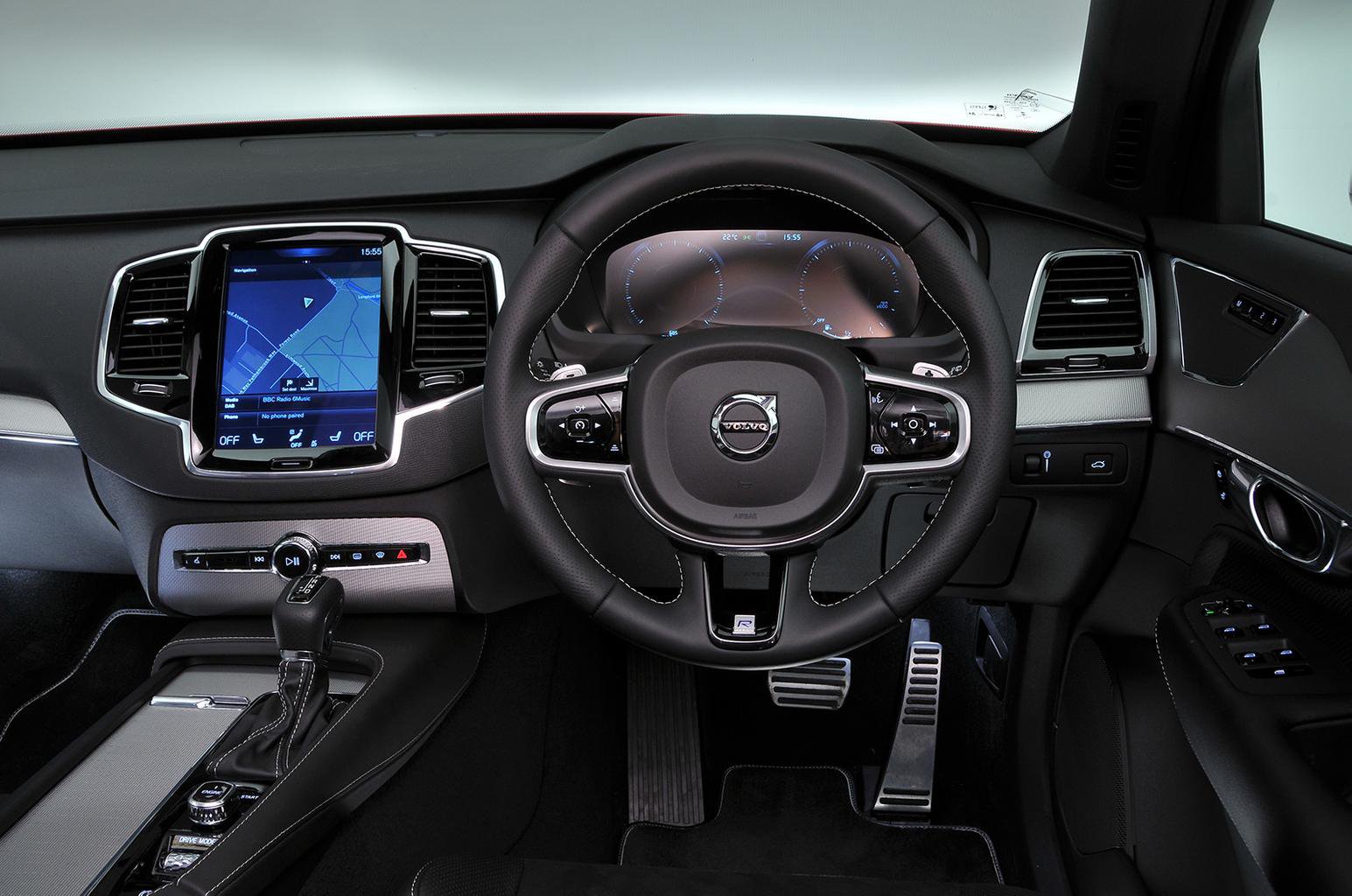 All three are suitably swanky inside. The XC90 oozes minimalist cool and its varied materials combine agreeably. Apart from a few iffy-looking textures, the Discovery’s interior is smart and feels solid, plus it’s the only one with standard full-leather seats. The Q7, meanwhile, radiates a sense of quality that neither of its rivals can match; its mix of exquisitely engineered switches and granite-like construction is unrivalled.

In the second row, all three cars feature sliding and reclining seats (electrically adjusted and heated in the Discovery) and plenty of head room, but the Q7 offers the most leg room, followed closely by the XC90. If you’re tall, you might find leg room a little disappointing in the Discovery. While they all seat three abreast easily, the XC90’s middle perch is the least agreeable. 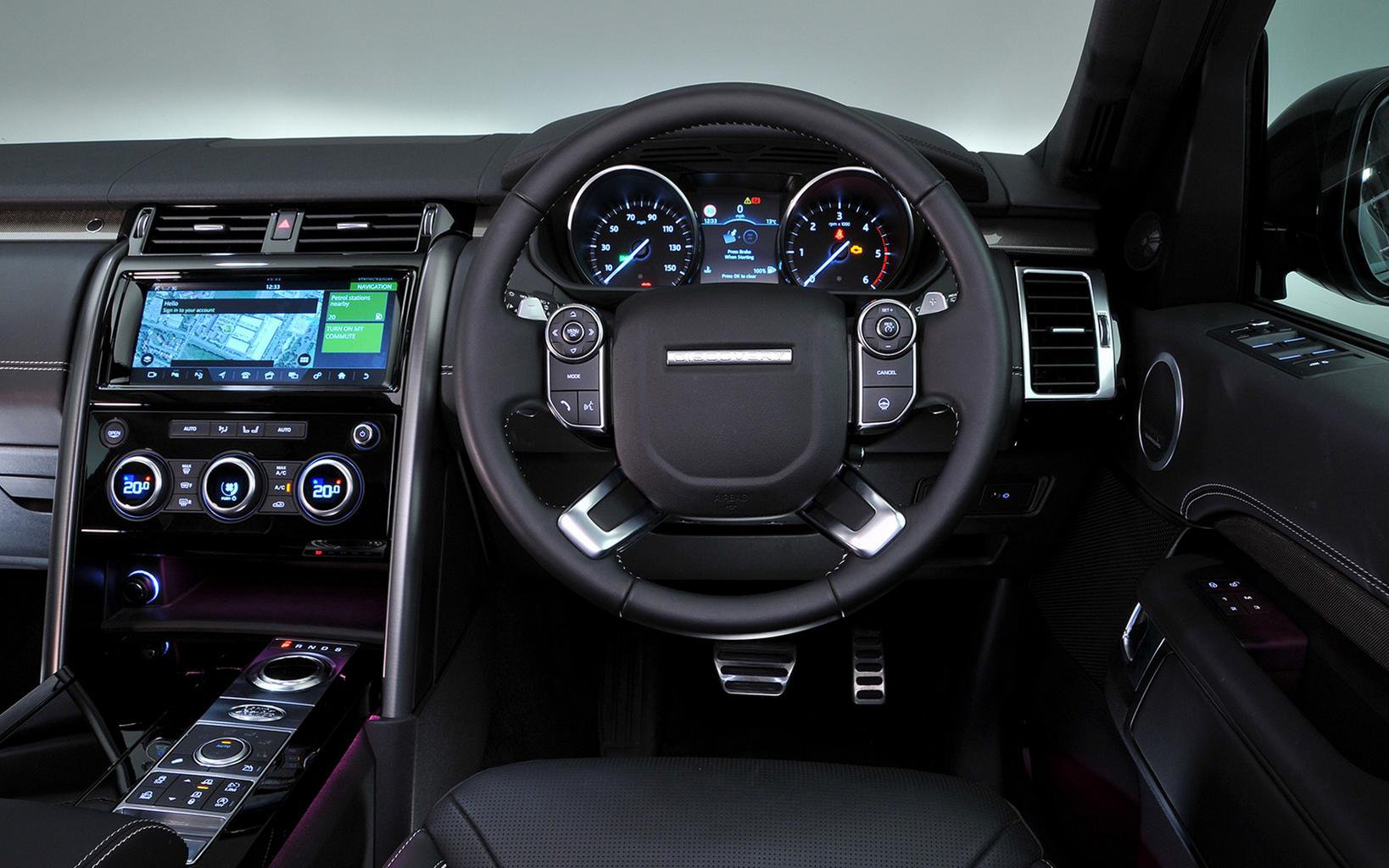 Both the Discovery and Q7 have powered third-row seating, while the XC90’s rearmost seats need to be lifted and stowed manually. Sitting in them reveals that the Discovery’s offer easily the most room for adults. The other two are broadly on a par; taller folk won’t fancy sitting there on long trips.

With all seven seats in use, both the XC90 and Q7 retain usable boots big enough for a few shopping bags, while the Discovery has barely any space left over for luggage. Configured as five-seaters, though, all have huge boots that will easily swallow several large suitcases, while folding all the rear seats delivers the carrying capacity of a small van. In the Discovery, an optional feature called Intelligent Seat Fold (£415) allows you to electrically fold all five rear seats down by pressing buttons in the boot or even by using the main touchscreen or a phone app.