All three have plenty of head and leg room in the front, and afford you the opportunity to fine-tune your driving position with standard height-adjustable driver’s seats and steering wheels that move in and out as well as up and down. However tall you are, a comfortable position should be easy to achieve.

The Micra and Fabia have traditional analogue instrument dials, whereas the Clio has a digital speedometer, but all are clear and easy to read while driving. The Clio drops points elsewhere for its scattershot button layout. The Micra and Fabia have more logical dashboards, with better positioned switches and more intuitive infotainment systems.

Parking or squeezing through tight gaps is easiest in the Fabia. It’s easiest to see out of, with the thinnest windscreen pillars and the largest rear and side windows. It’s also the only car here with rear parking sensors as standard. The view out of the Clio and Micra is more restricted, especially over the shoulder, due to their thicker rear pillars and narrower rear windows. 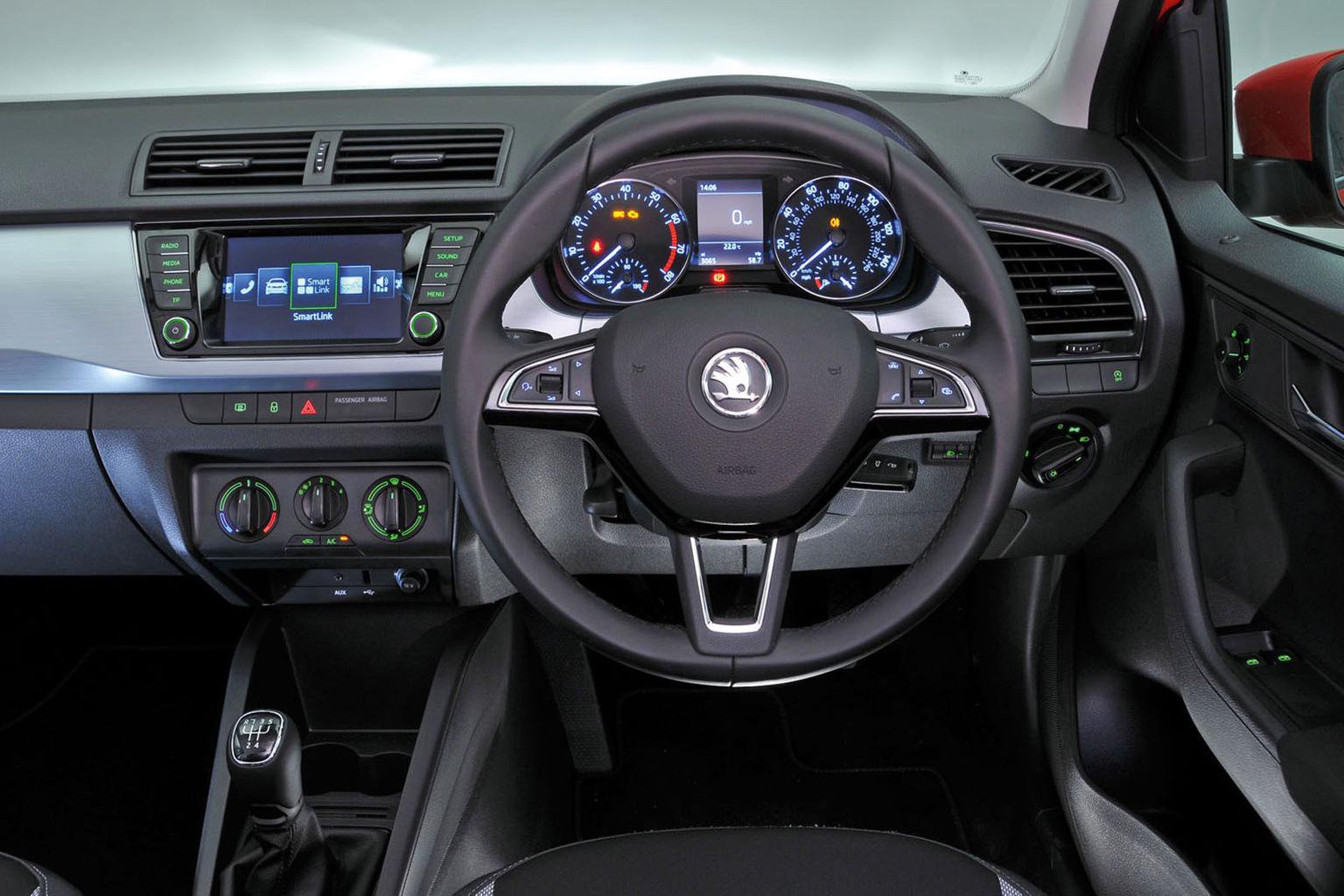 The Fabia looks very conservative inside and has few soft-touch surfaces, but it feels sturdy and the bits you touch often, such as the steering wheel and gearlever, are trimmed in fine-grain leather. Those areas are also leather-wrapped in the Clio, which has more soft surfaces elsewhere but a great abundance of flimsier plastics and cheap-feeling switches, too.

The Micra is an odd mix. It arguably looks the snazziest, with an eye-catching array of colours and textures, while mostly feeling just as robust as the Fabia. However, why Nissan went to all that effort only to then fit a rubberised gear knob and a cheap-feeling plastic steering wheel is mystifying. 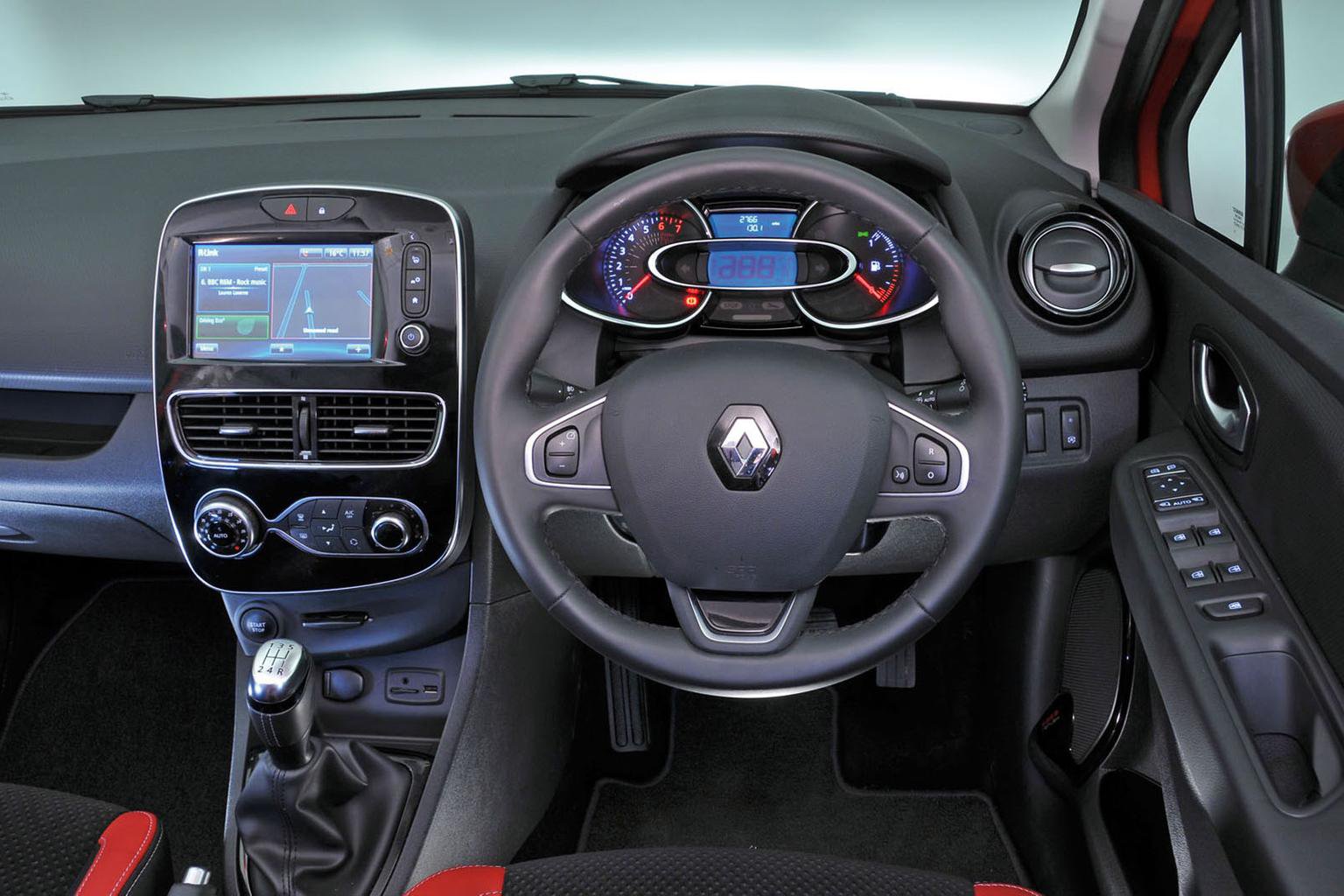 If you regularly carry adults in the rear, then buy the Fabia. Neither the Clio nor Micra is ultimately as roomy in the back, and their smaller, angled side windows make rear passengers feel decidedly hemmed in. The Micra is the most cramped in the back, due to its poor head room; taller adults will have to hunch over to fit in.

All three cars have similarly sized boots that are capable of taking a fold-up buggy 0r a big weekly shop. Each has its own strengths: the Fabia’s load bay has the smallest load lip, the Clio’s boot is taller and the Micra’s offers the most width atits widest point. However, each car has 60/40 split-folding rear seats that leave an awkward step in the extended load bay when folded.