All three have decent driving positions, with lumbar, seat height and steering wheel height and reach adjustment included across the board. An electrically adjustable driver’s seat is standard in the Nissan Qashqai in Tekna trim; the other two are manually adjustable.

Looking to split them, we’d say the Qashqai has the best relationship between its seat, pedals and steering wheel, making it the easiest to get comfortable in. This SportLine Skoda Karoq has the best seat (it has the most side support), but all the cars are comfortable even over long distances. 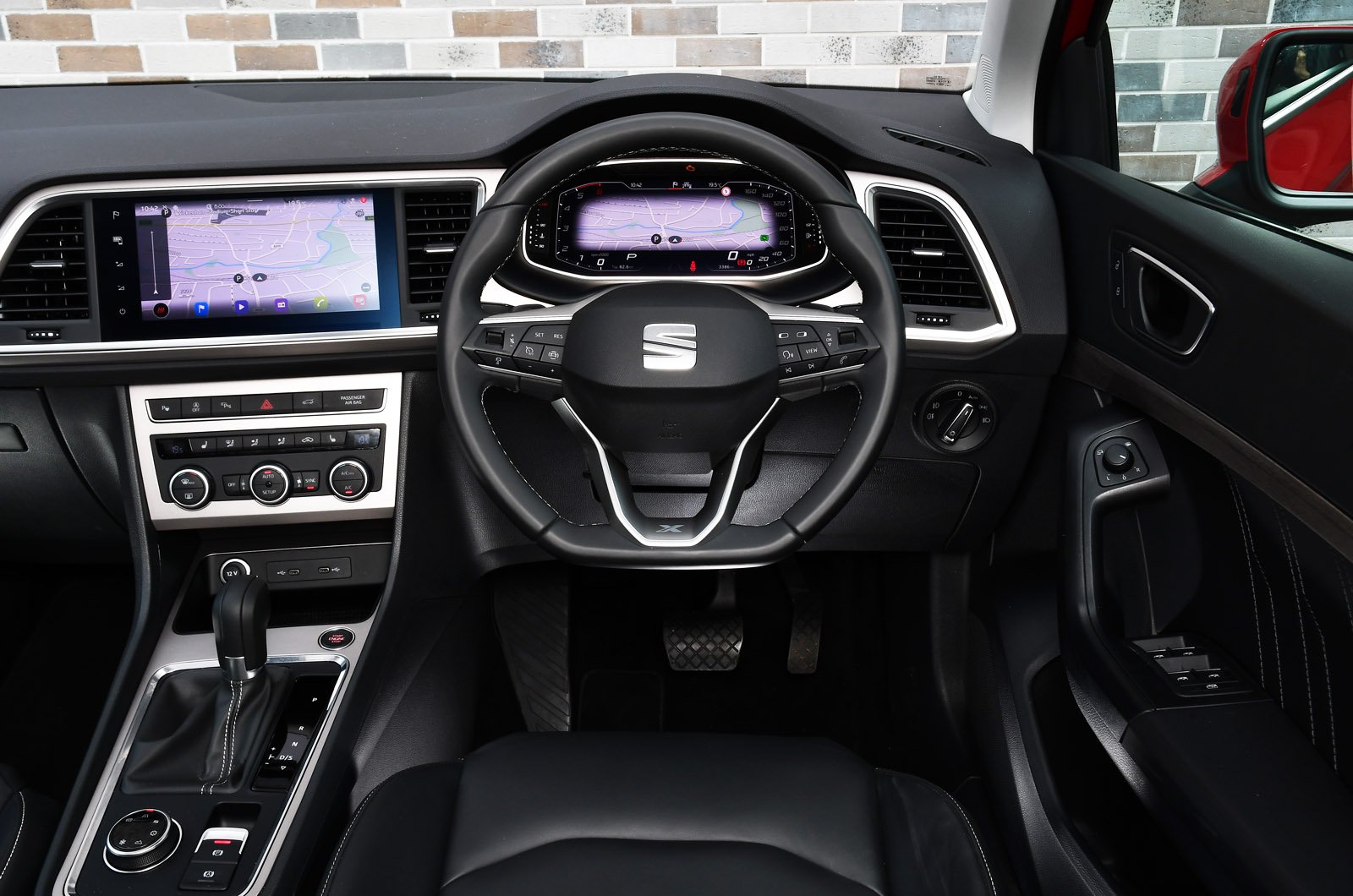 The Qashqai and Seat Ateca come with digital instrument panels that are easy to read, and you can change the way they look or display a large sat-nav map front and centre. Digital instruments are a £480 option in the Karoq, but its conventional analogue dials are perfectly clear and you still get a small digital screen between them.

Our contenders all come with sensible dashboard designs. What do we mean by that, exactly? Well, the controls are simple to operate, with proper physical buttons for functions such as adjusting the interior temperature. They eschew the touch-sensitive controls that seem to be all the rage now but prove unnecessarily distracting.

Across the board, you get a good view of the road ahead, although the Ateca and Karoq have marginally slimmer windscreen pillars than the Qashqai. That’s splitting hairs, to be fair, but there’s none of that when it comes to looking rearwards: the Karoq offers you easily the best view of what’s behind. The Ateca is next best, with the Qashqai demanding more guesswork when reversing, due to its small rear side windows. 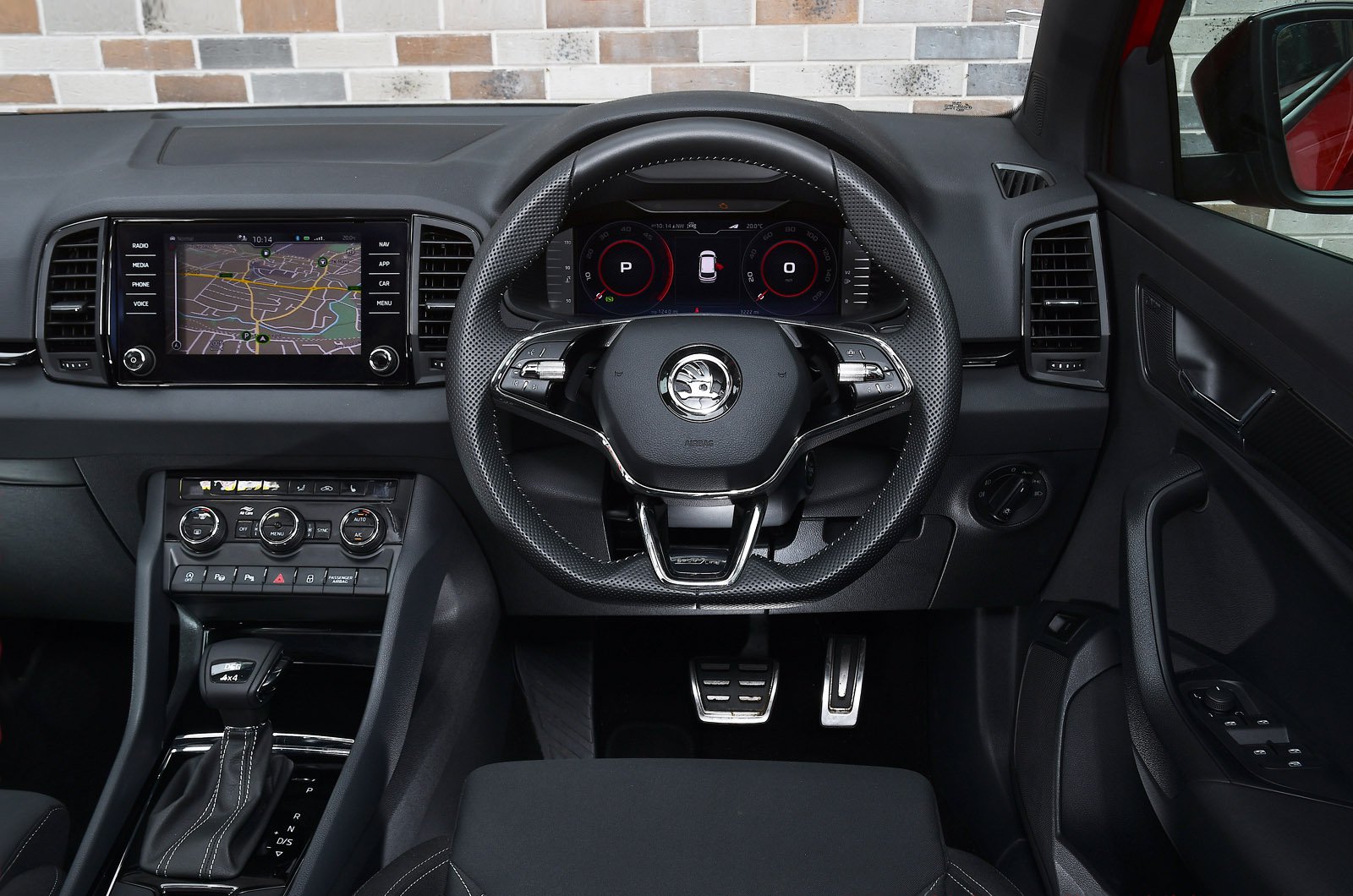 Then again, as an assuagement for this nod to style over function, the Qashqai is fitted with a useful 360-degree parking camera (as is the Ateca). The Karoq makes do with a straightforward rear-view camera, while all three have front and rear parking sensors included. The Qashqai also has adaptive LED headlights that allow you to leave them on high beam without dazzling other drivers. The Ateca and Karoq have normal LED headlights, which are still nice and bright on dipped or main beam.

One of the biggest differences with the latest Qashqai is the step on in terms of interior quality. The materials are generally high grade and plush to the touch, and everything feels solidly made. Is that enough to beat the Karoq? No, but it’s enough to match it. The latter is also very well built, with plenty of natty chrome and glossy elements to give it a fancy feel.

The Ateca looks and feels the least inspiring, with a greater prevalence of harder plastics on the parts you touch, such as the interior door handles, and spray-painted matt trims that impart an impression of tightfistedness. 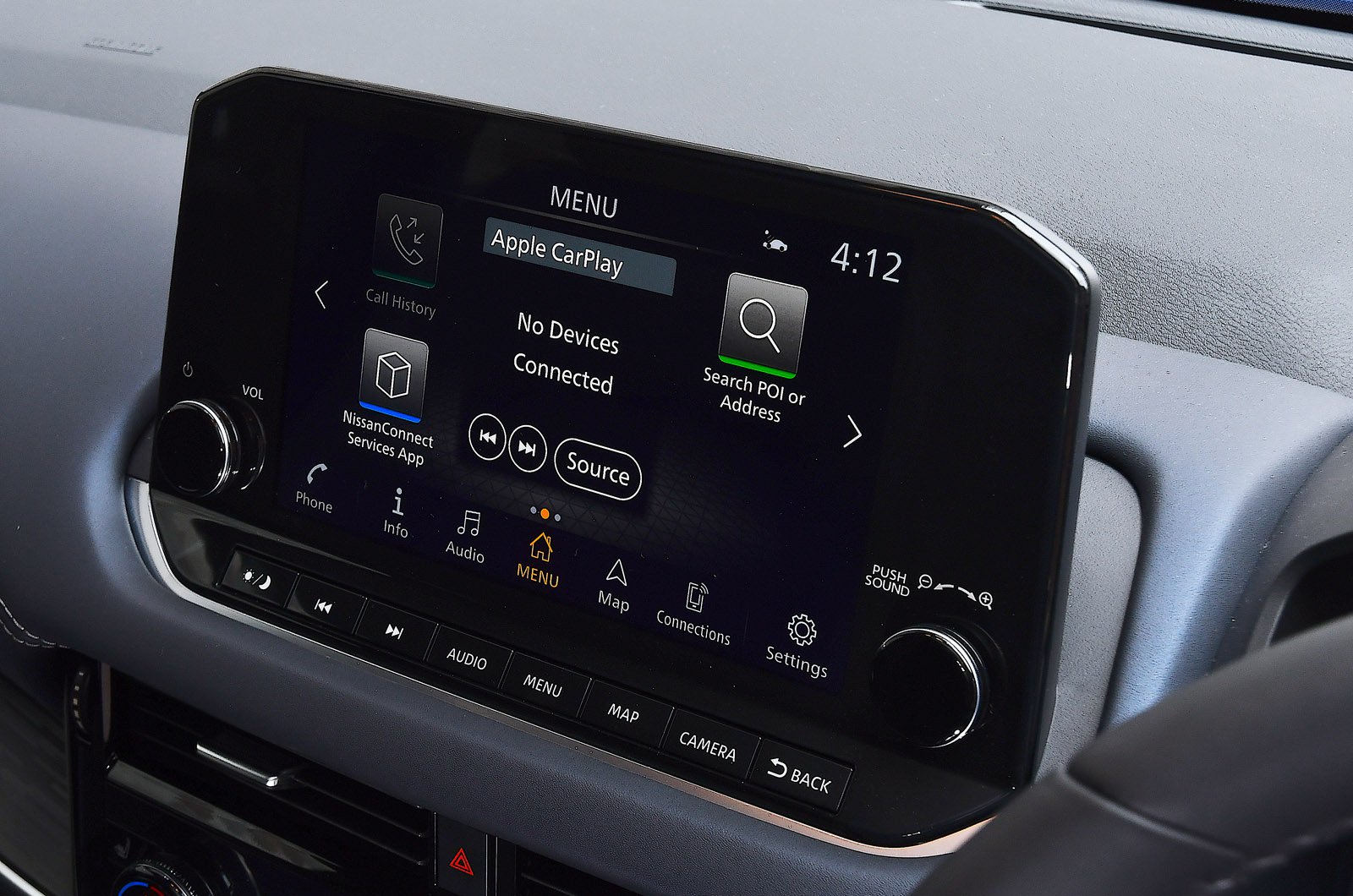 All three cars come with sat-nav, smartphone mirroring and wireless phone charging. The Qashqai also gets a 9.0in touchscreen and the menus aren’t too complicated; it helps that they're complemented by physical buttons and knobs. The problem is that, of the three, this system is the most sluggish in its responses, the graphics look dated and it crashed a couple of times during our test. An upgraded Bose stereo is available; the standard system is fine, but audiophiles might find it a bit uninspiring. 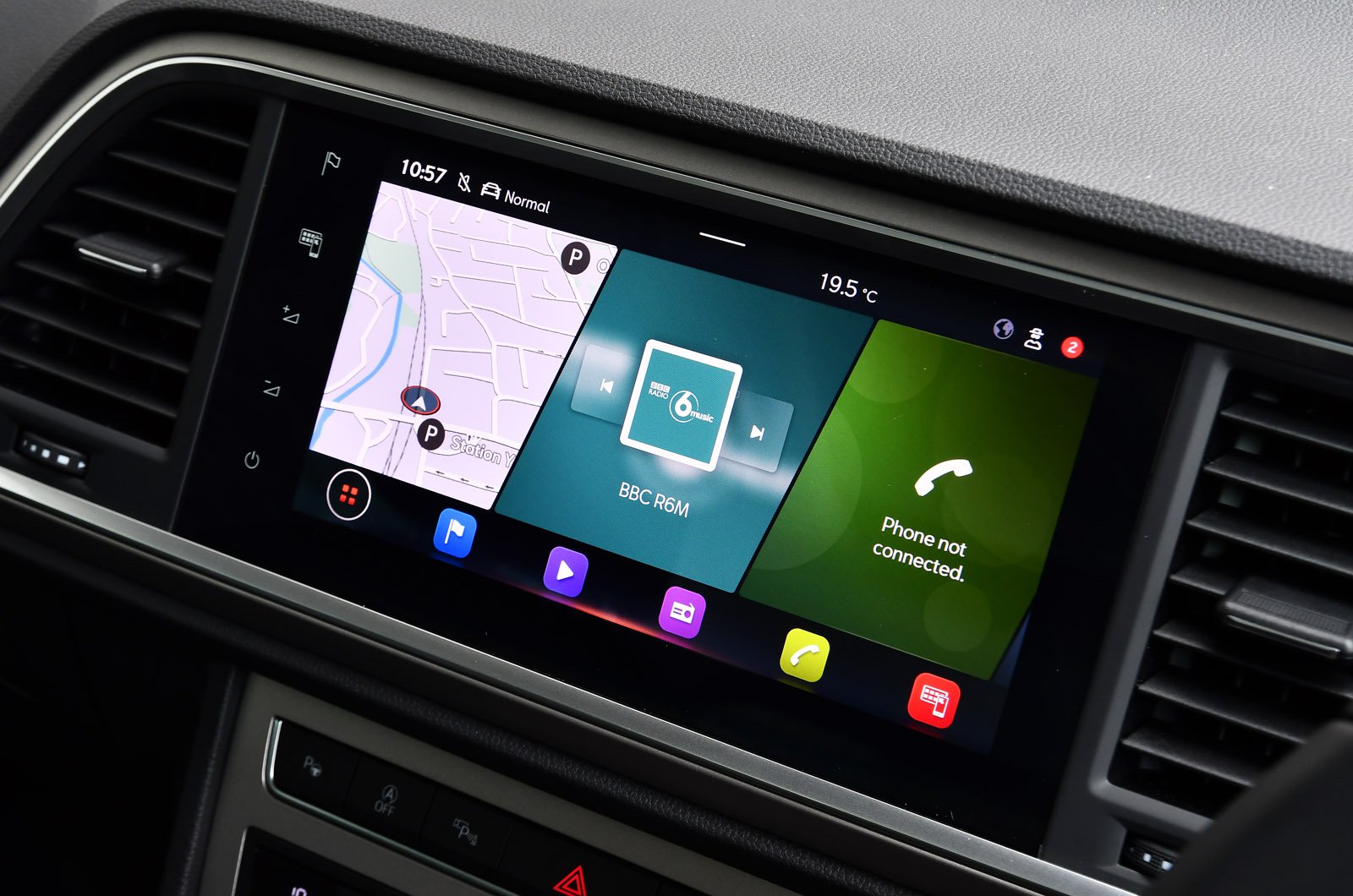 The Ateca has the biggest screen (9.2in), and while it’s not the sharpest, it’s clear enough. You access the system via a row of icons at the bottom of the screen, and there are other touch-sensitive areas down the side. These work well enough, but you have to divert your eyes from the road to use them and it takes some familiarisation to work out where some of the features are buried. The standard stereo sounds decent, but there’s no option to upgrade it. 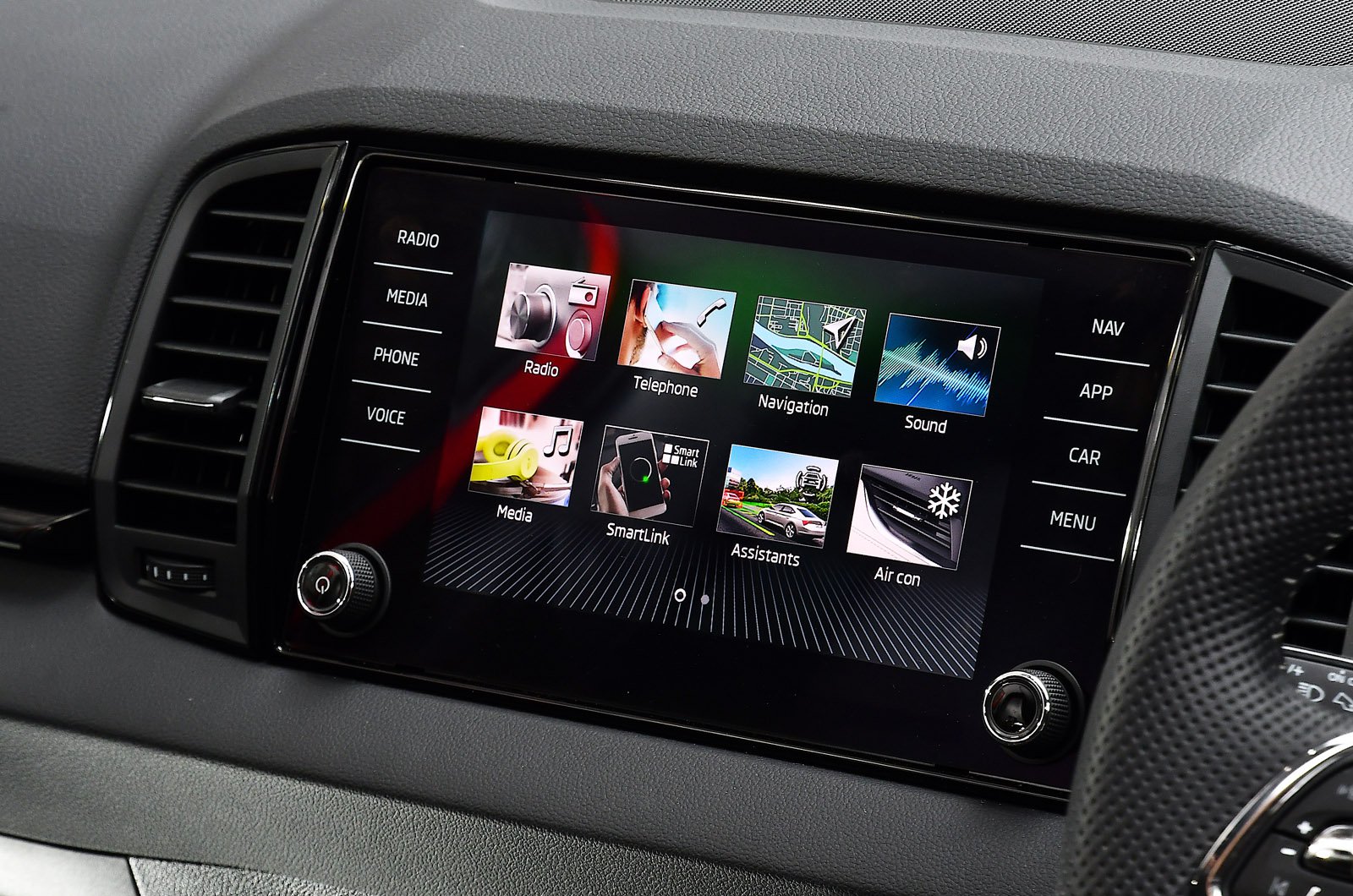 The screen may be the smallest (8.0in) here, but it’s crystal clear. The simple shortcuts down either side of the screen are easy to understand; it’s just a shame they’re touch-sensitive rather than physical buttons, which would be easier to find while driving. Still, this is the best system of the three in terms of both responsiveness and ease of use. The standard stereo sounds much the same as the Ateca’s; the Canton upgrade wasn’t available for this test.