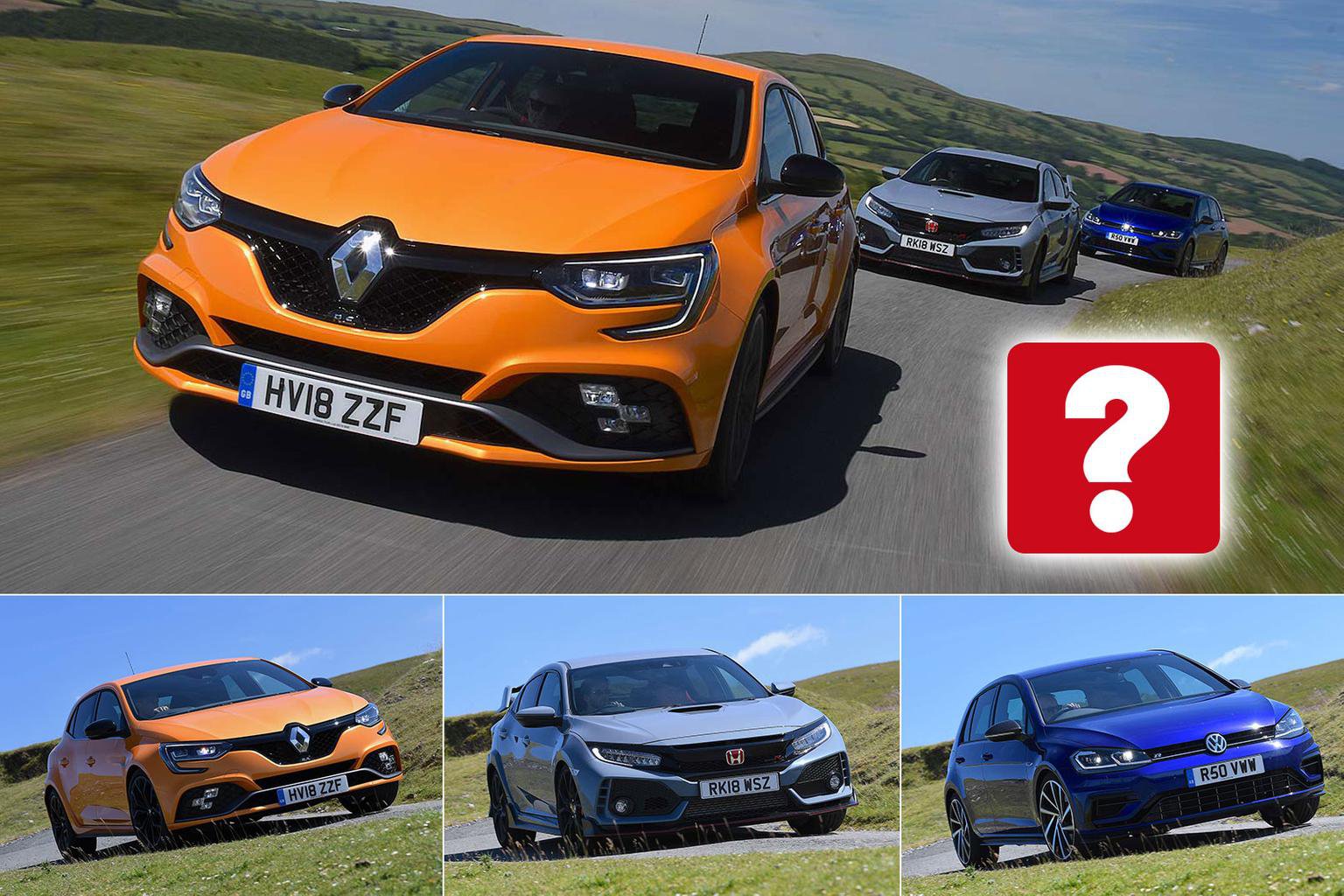 Our 2018 Hot Hatch of the Year is a truly extraordinary driver’s car. It’ll be very tough to beat.

The previous Megane RS was one of the greatest hot hatches ever, so hopes are Eiffell Tower high.

What do shoulder pads, denim jackets and hot hatchbacks have in common? They’re all 1980s fashion trends that are enjoying something of a renaissance this summer.

That’s pretty much where our knowledge of the latest clothing fads begins and ends, but we do know a thing or two about hot hatches – and already this year we’ve seen some corkers, including a new Ford Fiesta ST, GTI versions of the Volkswagen Up and Polo and a new Suzuki Swift Sport.

And for those with bigger budgets, there’s now a new Renault Mégane RS, making its debut here in hardcore Cup form. It’s the car that hot hatch fans have been salivating at the prospect of ever since its predecessor – a multi-time What Car? award winner and one of the most fun-to-drive cars ever made – was axed last year. 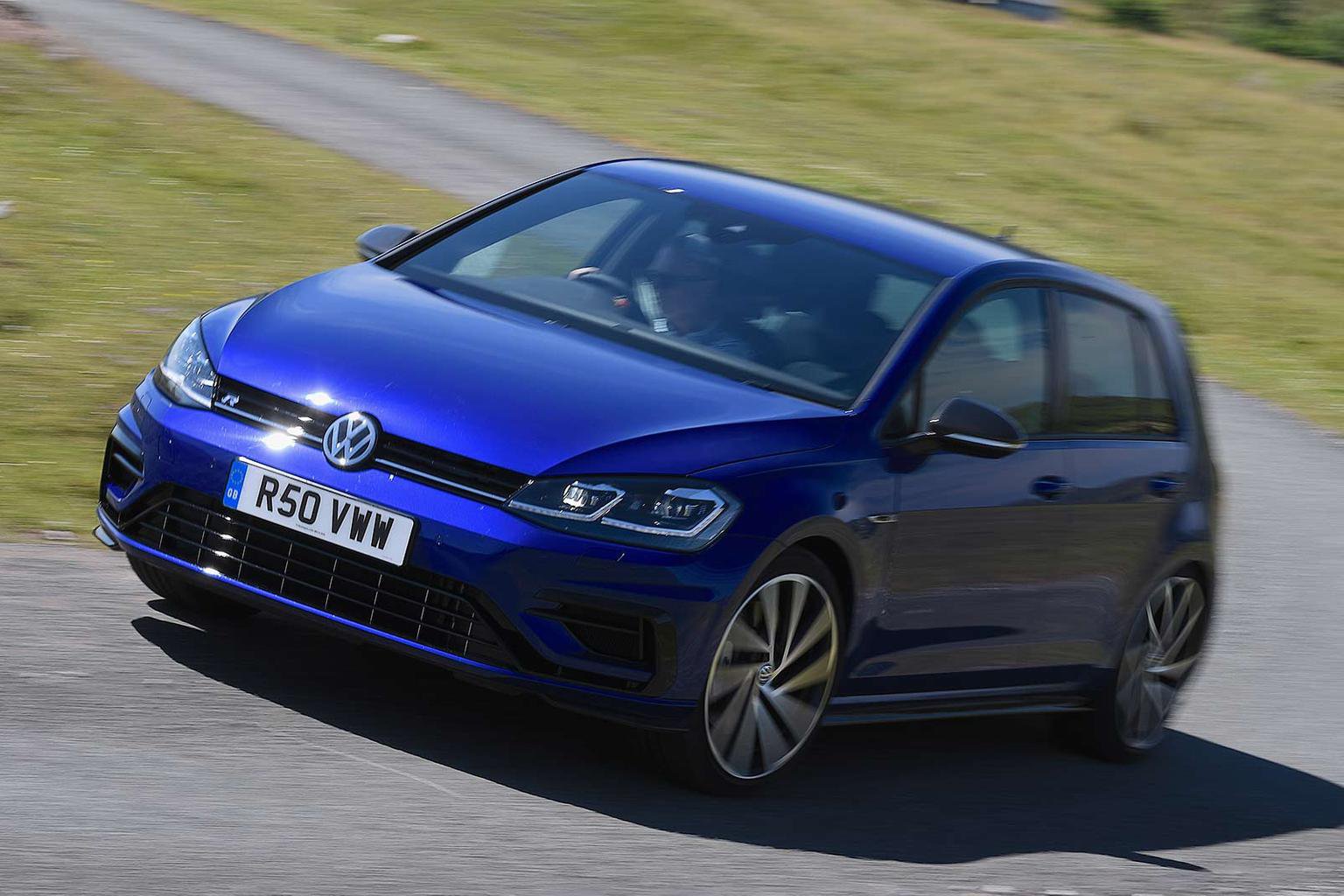 To even get close to the success of its predecessor, the new Mégane RS will have to see off some seriously tough competition, though. First in line is our 2018 Hot Hatch of the Year, the mighty Honda Civic Type R, but there’s also the Volkswagen Golf R – a four-wheel-drive brute that has recently been tweaked to make it less powerful (yes, you read that correctly) than before. Read on and we’ll explain all.

You could argue that 0-60mph times aren’t particularly relevant as a performance benchmark. After all, how often do you find yourself at the front of a queue at traffic lights with a derestricted stretch of the grey stuff ahead? Still, it’s nice to know you could embarrass your mates if you wanted to, and the four-wheel-drive Golf will do that with ease.

Its standard DSG automatic gearbox has a clever launch control system that allows even the most ham-fisted driver to make the perfect getaway, catapulting you to 60mph in well under five seconds. Our test car managed 4.5sec, but its 2.0-litre turbocharged engine was producing 306bhp; you’ll get 296bhp if you order one now. The small power drop is down to new fuel economy regulations that come into force in September. 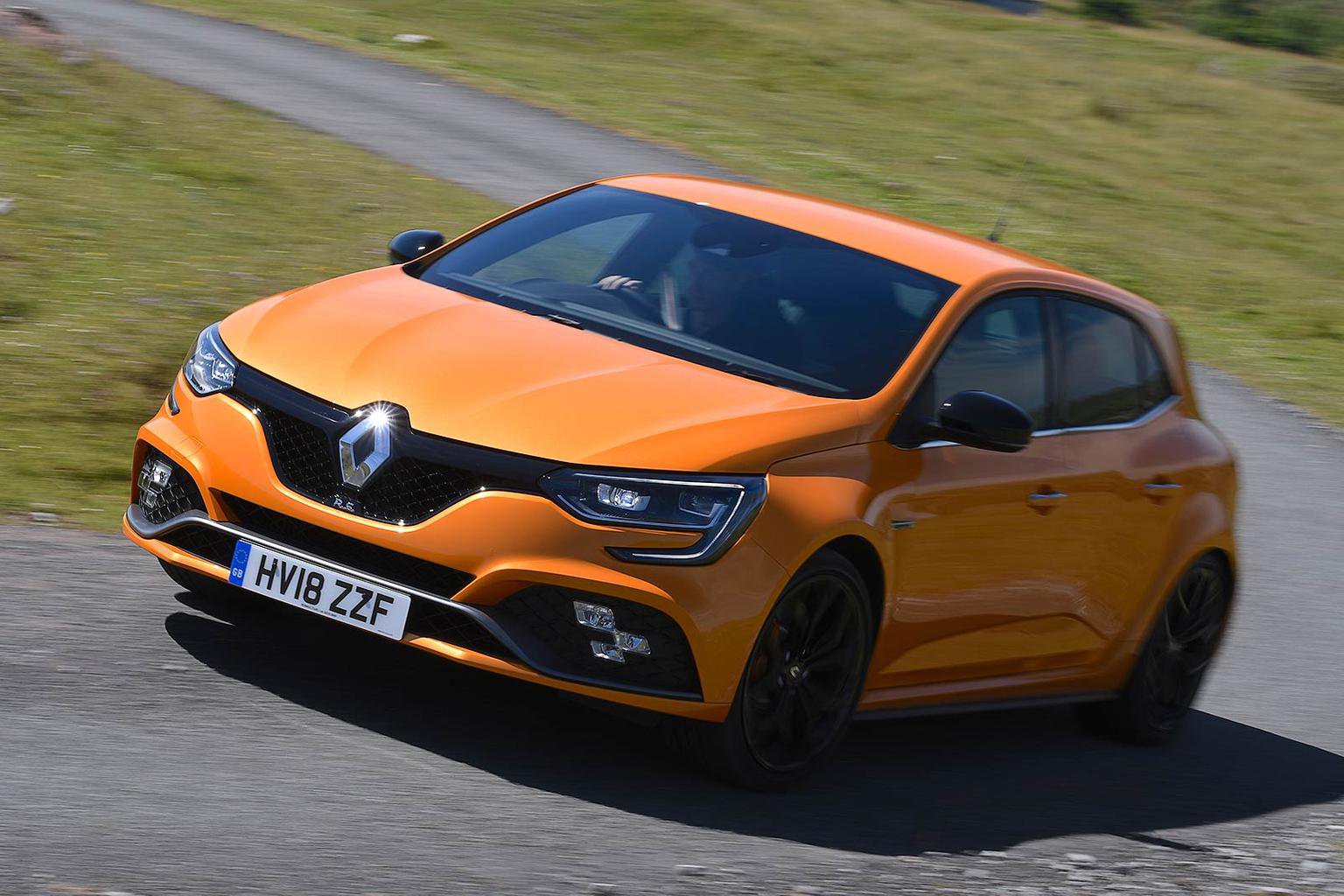 The Civic’s engine – also a 2.0-litre turbo – packs even more punch than the Golf’s, producing 316bhp. However, because the Civic is front-wheel drive, there’s a limit to how much of that power you can actually transfer to the road off the line. We managed 0-60mph in 5.4sec, although that requires delicate use of the accelerator and clutch pedals. Adopt an aggressive approach and you’ll just sit there in a cloud of tyre smoke. The Golf and Civic are more closely matched when it comes to rolling acceleration – between, say, 30 and 70mph – although the former still edges it.

The Mégane is left trailing well behind. Its 276bhp 1.8-litre engine is massively outgunned not only for power but also torque – the sort of low-rev muscle that allows you to build speed when you don’t want to thrash the engine to its redline. It still managed a credible 0-60mph time of 5.9sec, though.

The Mégane sounds suitably special, too – especially in Race mode, when it growls with real purpose when you floor the accelerator. The Golf is even louder when specified with the optional Akrapovic exhaust, although the bassy drone isn’t especially tuneful. We can think of far better ways to spend £2975. 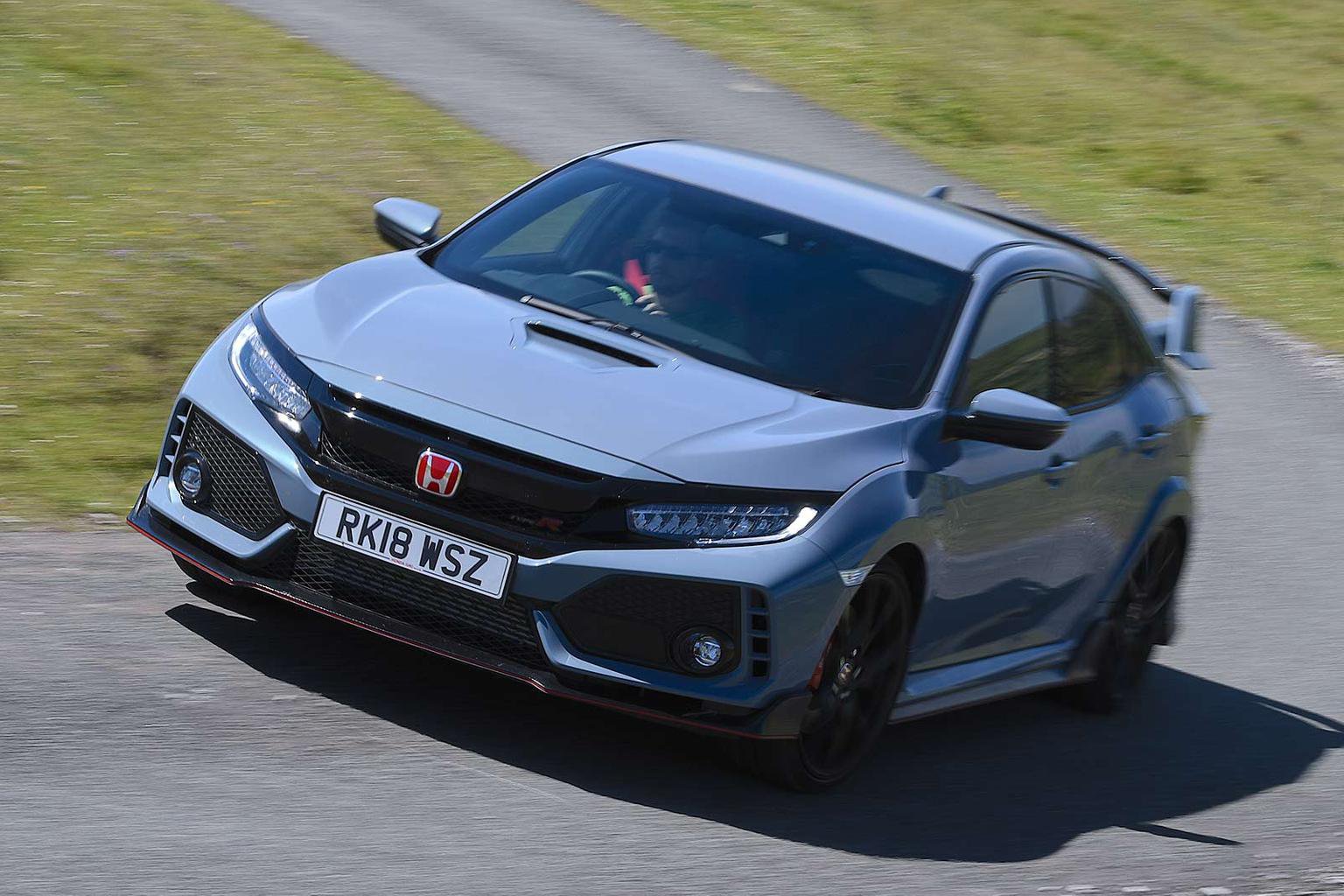 Despite its suggestive triple-exit exhaust, the Civic sounds a wee bit clinical next to its rivals. The whooshing sound it makes when you accelerate hard is reminiscent of a jumbo jet during take-off; it leaves you in no doubt that lots of power is being produced but doesn’t really tickle the soul.

That said, there’s real pleasure to be had from using the Civic’s ideally positioned gear lever; swapping cogs requires the merest flick of your wrist. The Mégane’s gearbox is a bit stiff by comparison, although it’s precise enough once you’ve made the extra effort. A dual-clutch automatic is available for £1700, but we’d stick with the manual.

The Golf’s standard auto ’box is also the dual-clutch variety, so shifts are blink-of-an-eye quick, although they don’t always happen quite when you want them to during hard driving. 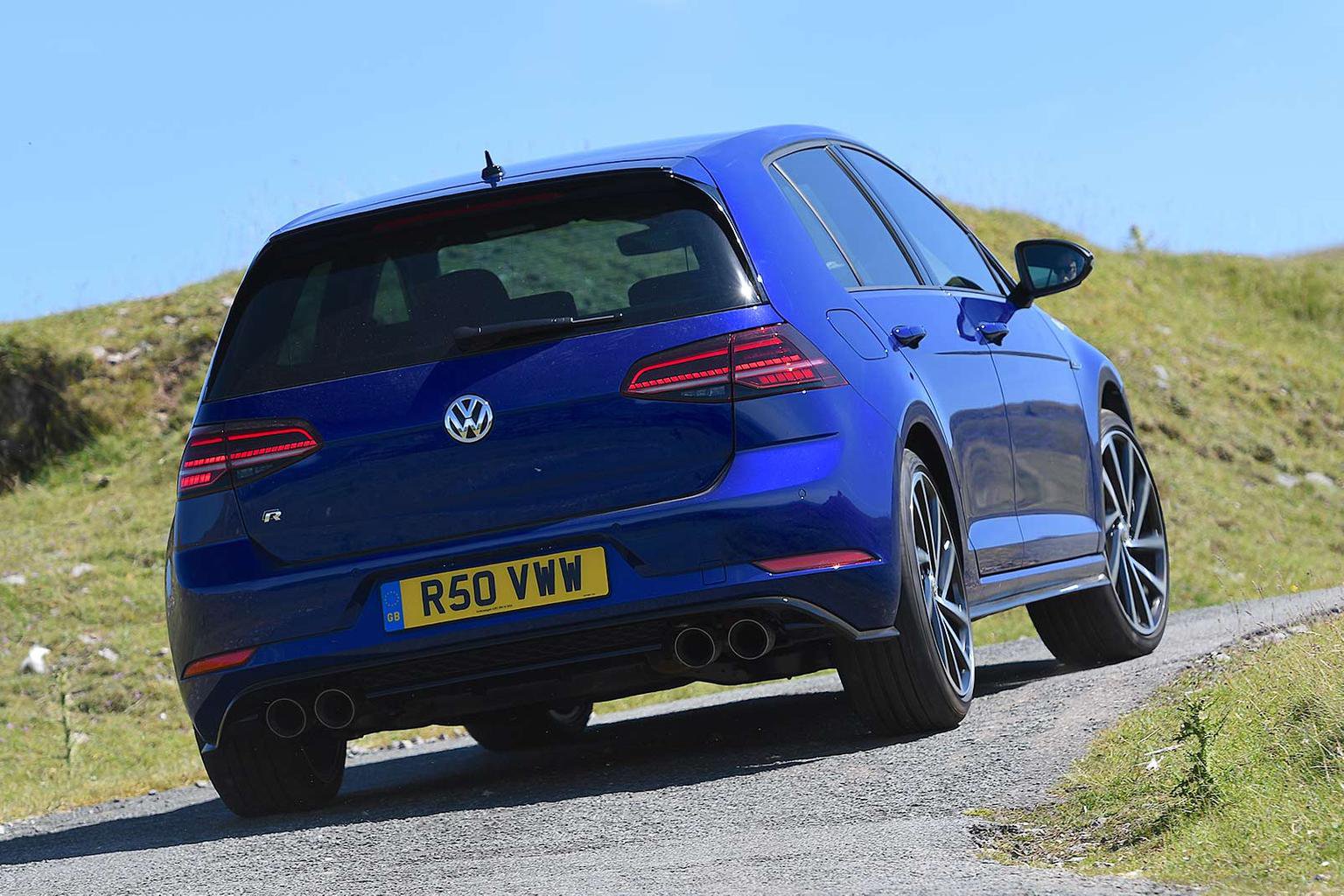 Our 0.9-mile test track is designed to simulate a meandering B-road, giving an objective benchmark to find out which of our contenders has the highest handling limits. The Civic lapped quickest, crossing the line 0.3sec ahead of the Mégane; its secret is staying incredibly composed and balanced through high-speed corners and stable under hard braking. With a clever limited-slip differential (LSD) distributing power to whichever front wheel can cope with it best, it can claw its way out of slow corners far more effectively than most front-wheel-drive cars, too.

But not quite as effectively as the Mégane, which has a more aggressive LSD to drag you around corners with even more verve. The Mégane also has standard four-wheel steering, allowing the car to pivot itself around slower corners to further improve agility. At really low speeds, it can feel a bit like you’re piloting a shopping trolley, but it’s remarkably effective between 30mph and 60mph. 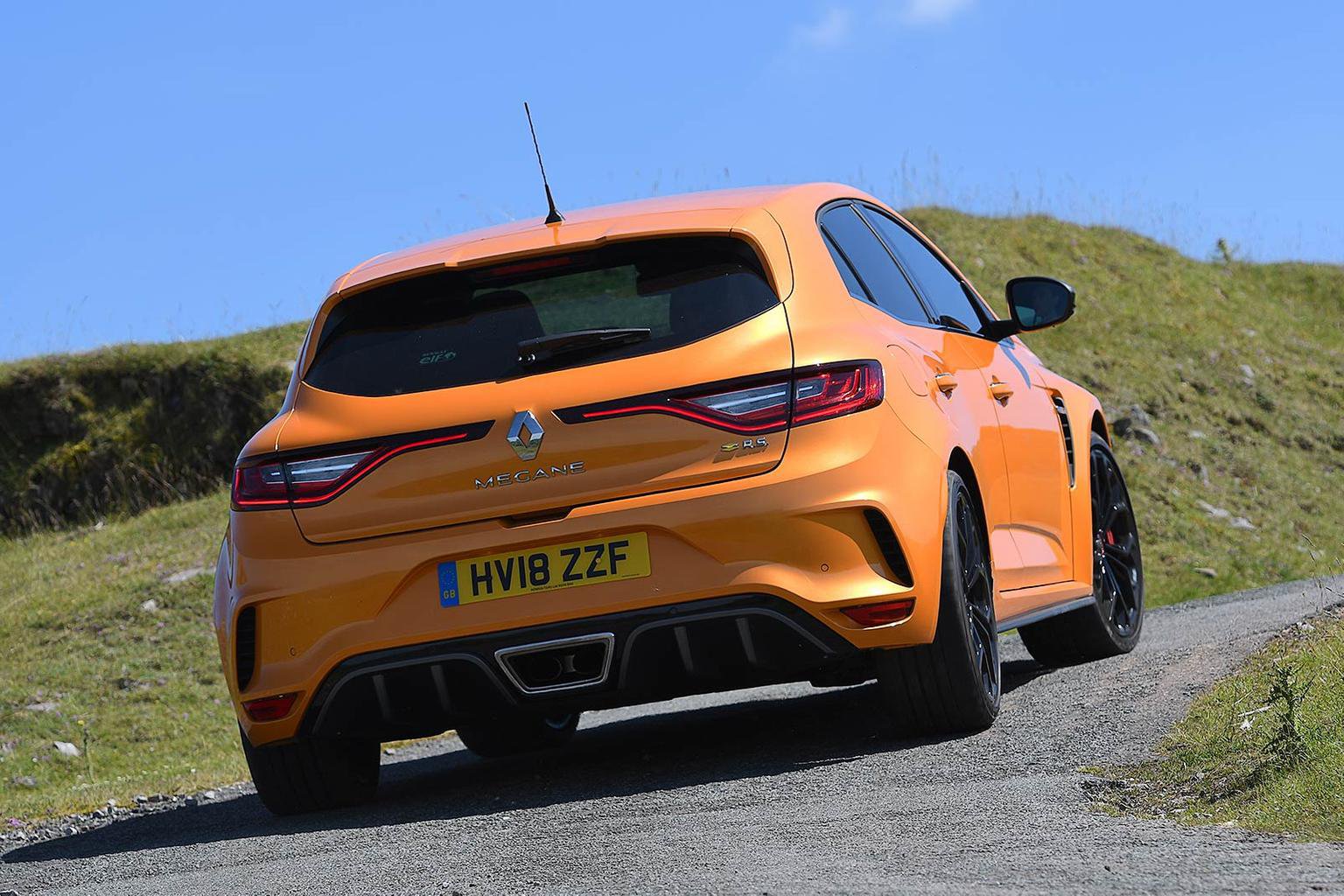 The drawback of the Mégane’s super-aggressive attitude is that it wants to follow cambers in the road as if there’s a poltergeist trapped in the steering rack; the wheel tugs left and right in your hands, especially when accelerating hard. You do at least get a good sensation of what the front wheels are doing, though, and on smooth roads it’s easy to place the car where you want it. Not quite with the same accuracy as you can in the Civic, though; its steering is more precise and less prone to corruption from road surfaces and hard acceleration.

The Golf, drag race champion though it may be, simply couldn’t keep up with its stiffer, more focused rivals through the twisty bits of our test track. It consistently lapped nearly a second slower than the Mégane and 1.2sec slower than the Civic, swaying about the most and feeling the least stable under hard braking. Its steering is pleasingly natural in weight but a bit vague compared with its rivals’ when you’re pushing hard.

And what about when you’re not in the mood for all that lark and just want to get to where you’re going in comfort? Well, despite having the biggest wheels (20in), the Civic is easily the most forgiving of the three, smoothing over lumps and ridges better than many regular family hatchbacks. Its standard adaptive dampers deserve much of the credit here; they allow you to stiffen or soften the suspension at your whim. 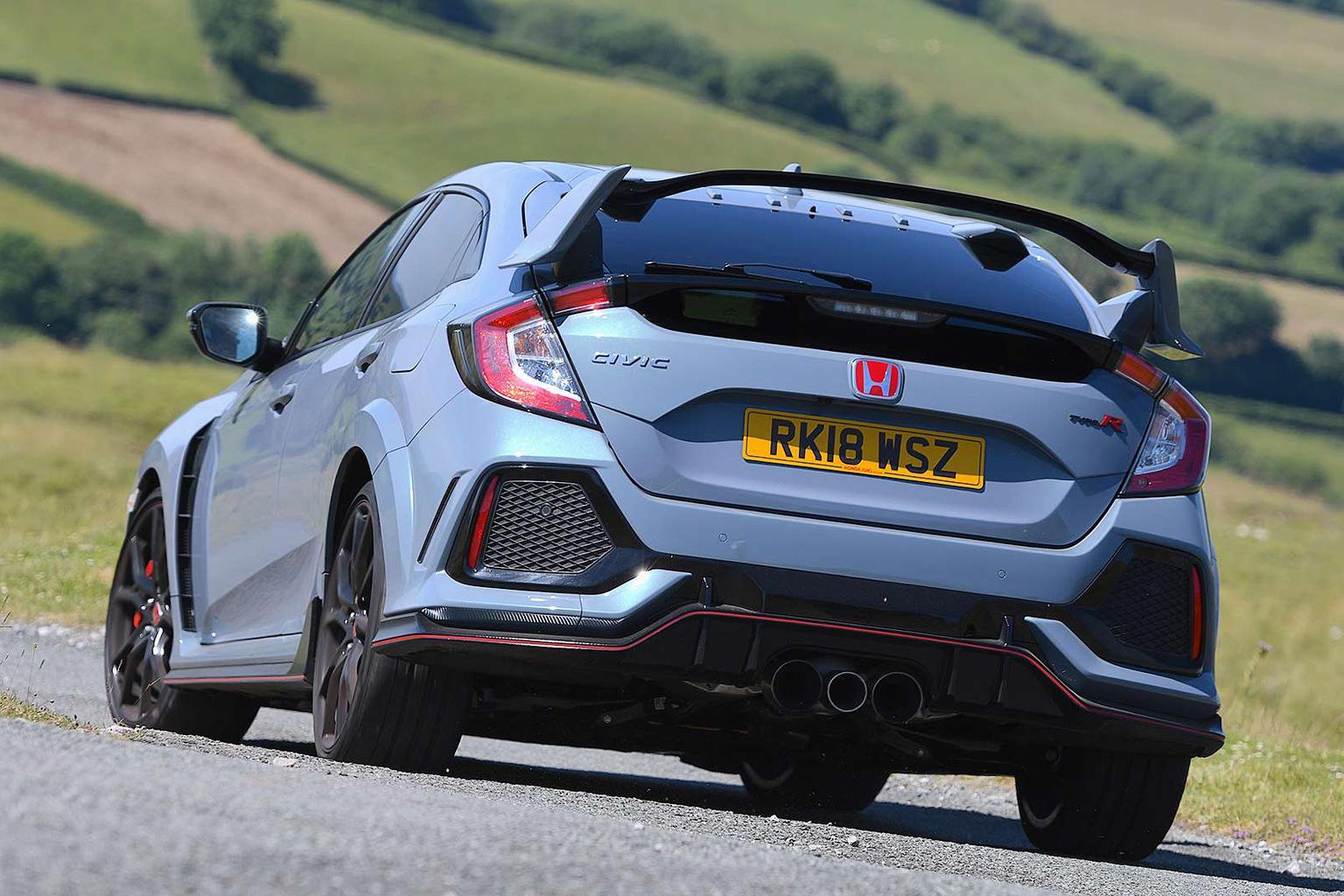 Our test Golf also had adaptive dampers fitted (at a cost of £850), along with 19in wheels – an inch larger than standard. In this form, it isn’t far behind the Civic for comfort. Meanwhile, the Mégane is by far the firmest and isn’t available with adaptive dampers at all, although it’s still (just) on the right side of acceptable – even if you opt for 19in wheels (£950) over the 18s you get as standard.

Mind you, the Civic is the noisiest motorway cruiser; its engine never really shuts up and there’s lots of tyre roar. The Megane is, perhaps surprisingly, the most peaceful at a steady 70mph. It’s still far from a luxury limo, though, because you’re acutely aware of the tyres slapping against the surface of the road and the wind whistling around the windscreen pillars.