Latest British-built Leaf is packed with technology and promises a great range.

Cheaper than the Leaf, yet should get you almost as far between charges.

The electric Golf has already seen off BMW's i3, but has it met its match here?

If you think electric cars are a new invention, prepare for a shock: they actually date back to Victorian times.

Yep, there were battery-powered horseless carriages whining around the streets of London and Paris well before the turn of the last century, and electric cars even dominated land speed records until 1902.

Despite this, there’s a good chance that the first electric car you’ll have actually heard of is the Nissan Leaf. Launched in 2011, it was well priced and made other battery-powered options of the time seem like golf buggies, because it looked... well, like a proper car. It drove like one, too, with nippy acceleration and a top speed that meant you could get to where you were going faster than you could on a bike. 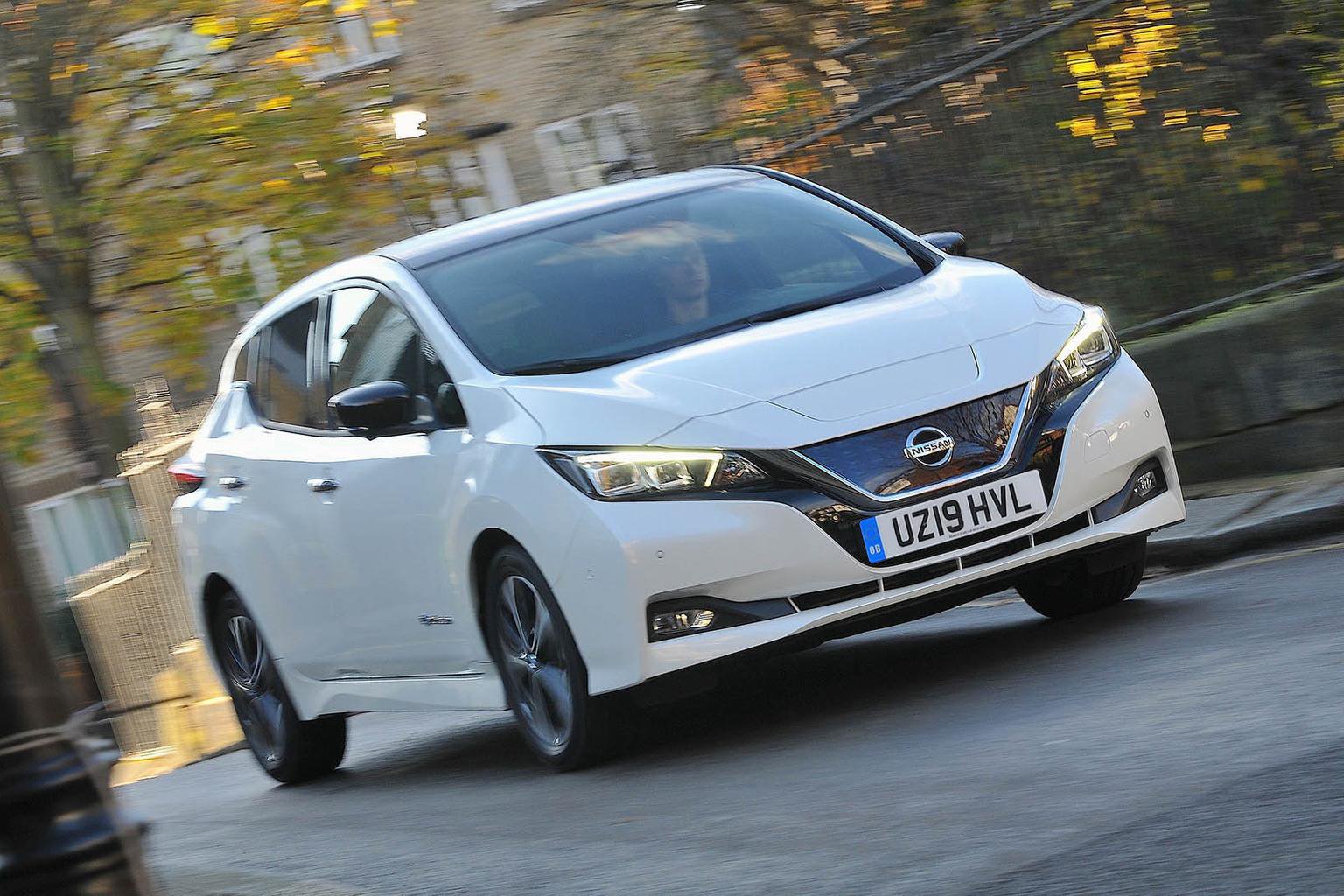 Is the Leaf still the best electric option if you have a budget of £30k or less, though, or would you be better off with the Renault Zoe or a used VW e-Golf? That's what we're exploring in this test.

That said, the Zoe does quickly get left behind by its rivals when accelerating above 30mph and is the least suited to outside-lane motorway driving. The Leaf, the most powerful car here, is easily the fastest; you actually have to be a bit gentle with your right foot when accelerating out of junctions or you’ll spin up the front wheels. 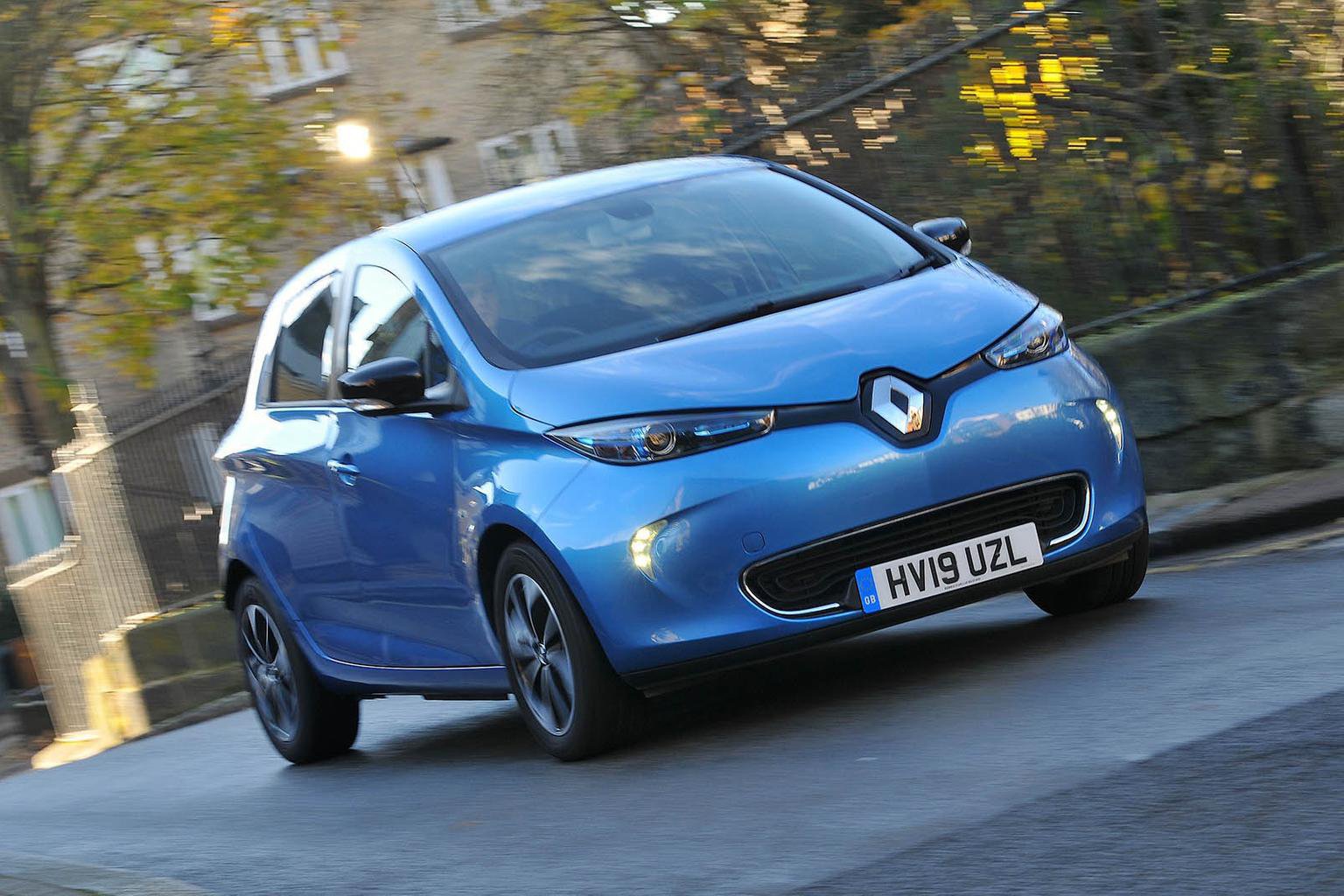 Unlike in most petrol and diesel cars, when you lift off the accelerator pedal of an electric car you feel yourself slowing down quite quickly as the regenerative brakes harvest energy to replenish the battery. You can increase this effect in the Leaf and e-Golf by moving their gear selectors to B mode, but the Leaf goes one step further with something called e-Pedal. Press a button between the front seats and the regenerative braking becomes so pronounced that you barely have to use the brake pedal at all.

However, when it comes to electric cars, performance isn’t just about how quickly you can speed up and slow down; it’s about how far you can get between charges. We've put all three through our Real Range test, with the Zoe managing 132 miles, the Leaf 128 miles and the e-Golf just 117 miles.

All things considered, the e-Golf is the best to drive. It feels a touch wallowy through tight corners compared with petrol and diesel Golfs – blame the heavy battery pack and high-walled tyres – but it’s still agile enough and smooths over lumps and scars on the road with a sophistication its two rivals can’t match. 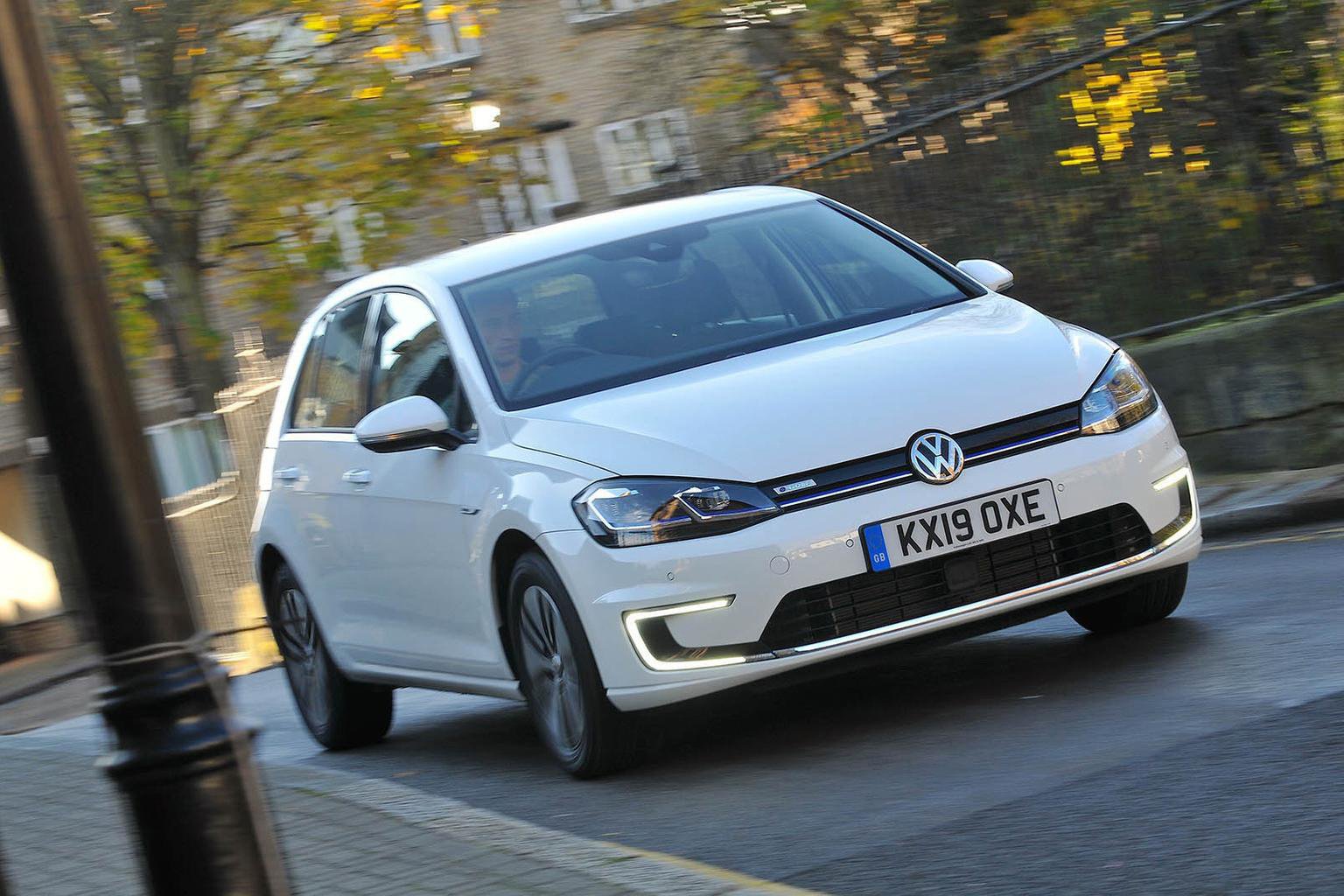 The Leaf is far from a hot hatch, but it does stay slightly more upright through corners, while its steering is a match for the e-Golf’s – less natural-feeling but meatier and more precise. Although you feel more of the bumps as they pass beneath you at low speeds, the ride is never too lumpy and the Leaf is hard to fault for comfort on the motorway.

And the Zoe? Well, it’s outclassed here for both ride and handling. It trips up over bumps that wouldn’t even register in the e-Golf, so you find yourself doing a nodding dog impression along most urban roads. It’s never truly uncomfortable, though, and while it undoubtedly leans the most through corners, its steering gives you a decent sense of how much grip is available.