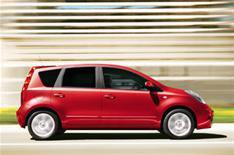 The engine powers the car from 0-62mph in 11.1secs and has a top speed of 112mph. It averages 55.4mpg and emits 136g/km of carbon dioxide. A particulate filter cuts out sooty emissions, too.

In addition, Nissan has revealed a new special edition called the Acenta S, which sits between Acenta and the range-topping Tekna.

Costing 400 more than the Acenta, extra features include climate control, a 6CD player with MP3 connectivity, automatic headlamps and wipers, and an intelligent key system, which automatically locks and unlocks the car as you leave or approach it.