More for you |
WATCH: 2020 Tesla Model S Performance – full in-depth reviewThe best new car leasing deals for less than £200 per monthDo I have to pay extra road tax on my new car? Why I bought a Renault Zoe: owner reviewBest used family SUVs for less than £15,000
Home
News
'Plenty of fuel' - if no-one panic-buys
news

'Plenty of fuel' - if no-one panic-buys

* Motorists urged not to panic-buy fuel * Enough reserves to last well into May * Talks break down, so strike will go ahead... 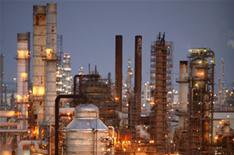 Motorists shouldn't panic-buy fuel after talks to avert a strike at a major UK refinery broke down.

That's the message from the Scottish Government, as strike action from the Unite union looks imminent at the Grangemouth plant in West Lothian.

The union is unhappy about proposed changes to pension plans, and unless there is conciliation between Unite and the refinery owners Ineos, staff will walk out on Sunday.

The strike would affect supply to all of Scotland, Northern Ireland and large parts of Northern England. Some motorists have been stocking up with fuel in anticipation of fuel shortages.

However, Scottish finance secretary John Swinney told the BBC that there should be enough fuel to avoid problems - provided people don't panic-buy.

He said: 'We are confident that there will be ample supplies of petrol and diesel available well into the month of May.

'That's based on consumer purchasing patterns remaining as we would normally expect.'

He also said there were contingency plans in case fuel does become scarce. 'We can also import fuel if we need to support the stocks we already have in Scotland,' he added.

Ineos has already begun shutting down the plant, but it said there could be shortages from later this week if the strike went ahead.