The new SEAT Ateca has been designed as an SUV without compromise, with the aim of mixing the practicality drivers of vehicles in the class demand with a stand-out design.

As a result, the Ateca combines a spacious interior, large boot and raised driving position with some of the emotive design touches the Barcelona firm is known for. And to ensure the first UK edition of the Ateca exactly meets the needs of users, SEAT is asking the public to help determine the final specifications of the car.

SEAT has launched a spec generator on its website, asking visitors a series of quick questions about their lifestyle. The results of those questions will be used to determine their ideal specification of this special Ateca.

The most popular design features will then be used to help define the first UK edition of the Ateca, with limited numbers available to buy later this year.

As an extra bonus, everyone who submits their choices will be entered into a prize draw to win a trip to Barcelona, the home of SEAT.

To take part, and for full details, click here. 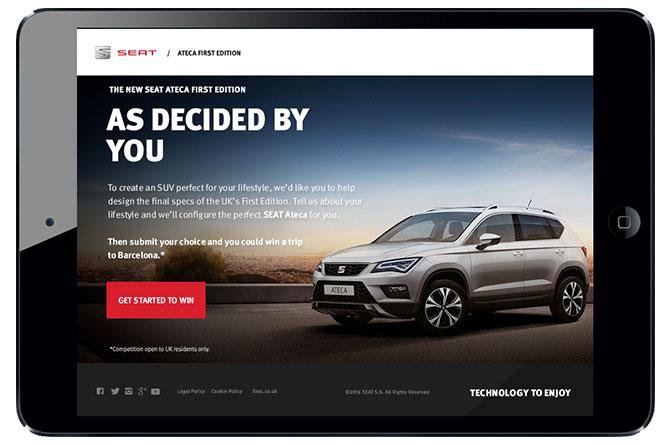 You can find out more about the new SEAT Ateca by watching this video. [embed: https://www.youtube.com/embed/21IEXM-x37Q]

For more information on the SEAT Ateca, click here.