Is the improved Ecosport good enough to steal sales from the Renault Captur and Ssangyong Korando?...

Smarter inside and promises to be better to drive, but is that enough to compete with the best small SUVs?

One of our favourite small SUVs; practical, has a smooth engine and is well priced and equipped.

Now with a new engine, the Korando is the most powerful of our trio and easily the biggest here.

The Ecosport didn’t have the greatest start in life. Launched in Britain in 2014, we criticised Ford’s small SUV for its mediocre handling, bumpy ride, awkward practicality and noisy road manners. Now it’s back with updated engines, revised suspension and steering and a refreshed look. It all sounds very promising, so we've decided to see how the 1.5 diesel version stacks up against the competition.

Rivals include the freshly updated Ssangyong Korando , which wades in with a new 2.2-litre diesel engine and the temptation of being a much bigger car for a couple of hundred pounds less than the Fiesta-based Ford Ecosport. Our third contender is the Renault Captur, which costs about the same as the Ecosport in entry-level diesel form. It’s officially the most fuel efficient of our trio and the most generously equipped, so it’ll be a tough act to beat.

The Ecosport is better to drive than when it was first launched. It now steers fluidly with a satisfying amount of feedback, and stays fairly upright on all but sudden direction changes. Handling isn’t so tight in the Captur; it grips well enough through bends, but there’s more body lean and the steering is vague.

All these cars are front-wheel-drive. Both the Ecosport and Captur will run wide of your chosen line fairly early if you corner quickly; the Korando doesn’t need to be pushed hard before this starts to happen, however. It has an unnerving amount of body sway, too, even through gentle twists. Put simply, there’s an old-school feel to the Korando that encourages a lazy mooch at best, which contrasts with the more agile Ecosport and Captur.

With that in mind, it’s somewhat ironic that the Korando is easily the fastest of our trio. Its 2.2-litre engine pulls hard from just 1400rpm and you rarely need to change down more than a single gear when you want a sudden burst of acceleration. 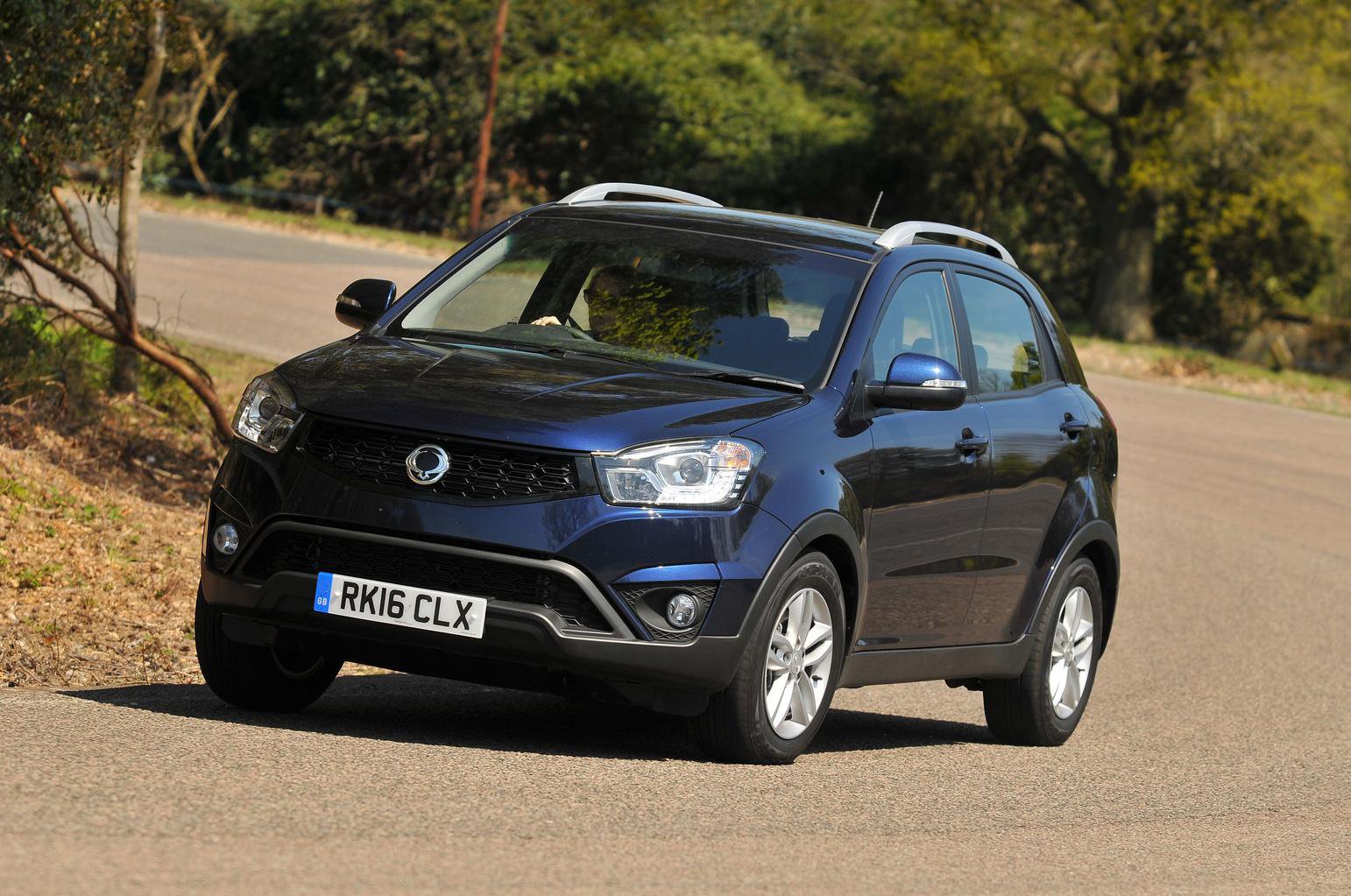 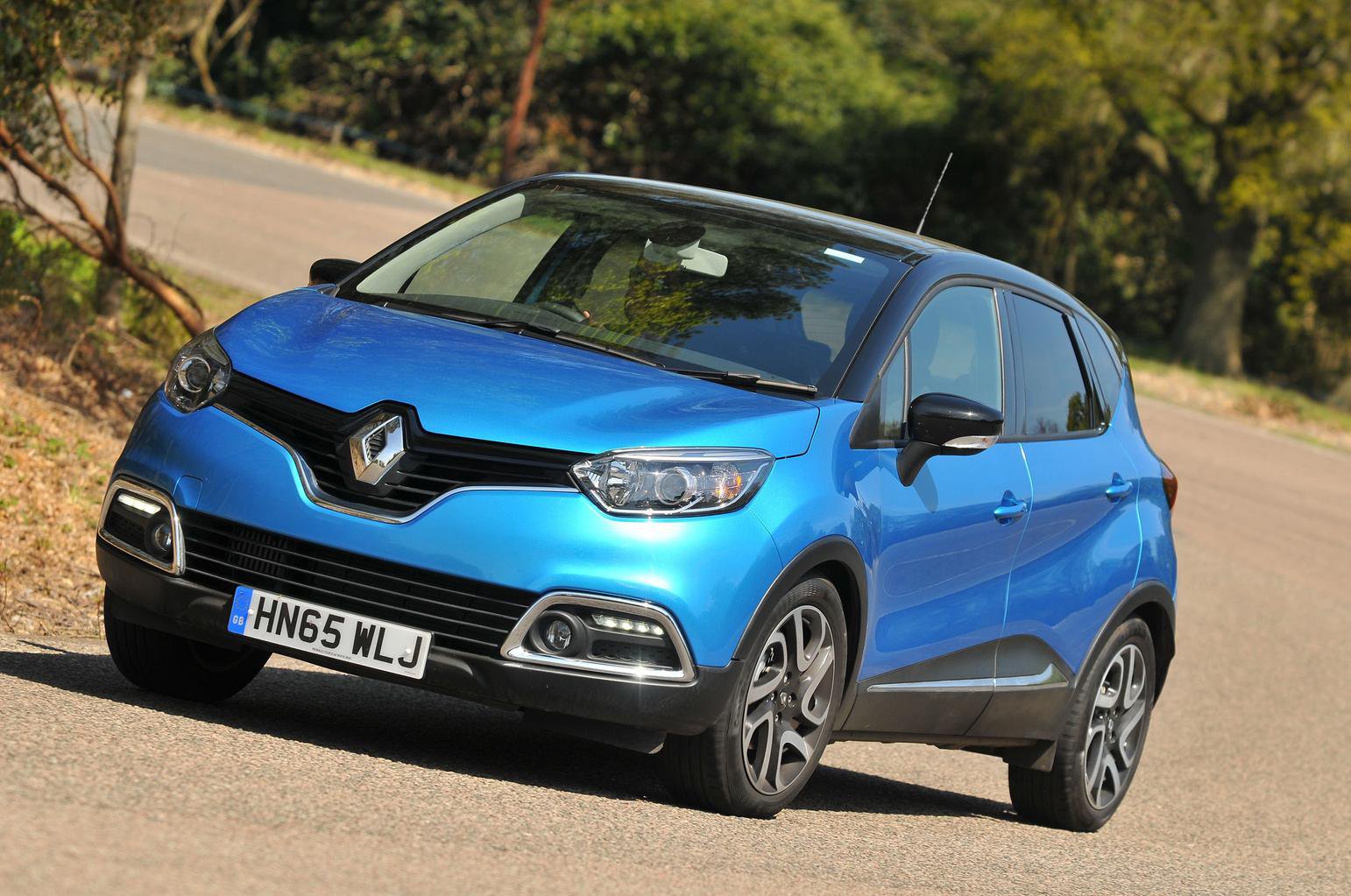 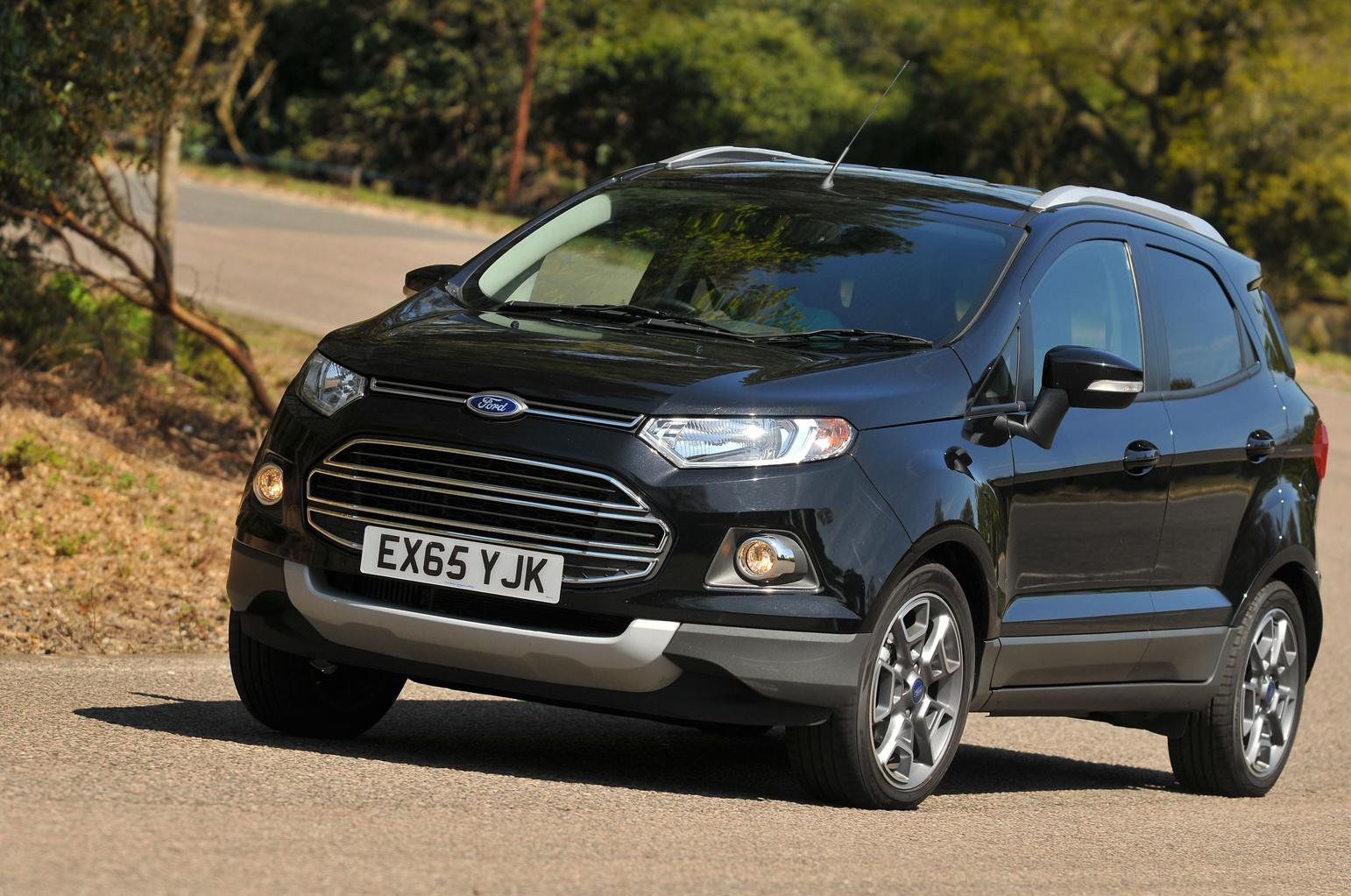 The Ecosport has been given a touch more oomph for 2016, but it still has barely more than half the power of the Korando, so is the slowcoach of our trio. It’s zesty enough around town, but it becomes strained at higher speeds and its engine revs noticeably quicker than its rivals’ at 70mph. In the Captur, you often have to change down a couple of gears for a decent burst of acceleration, but its engine is gutsier than the Ecosport’s in most situations.

Ride comfort in the softly sprung Korando isn’t too bad, although it shivers noticeably over eroded roads, and its body pitches and dives over speed bumps. Both the Ecosport and Captur are more firmly sprung, but they soak up big intrusions better. The Ecosport fares least well in town, where it fidgets over coarse surfaces, while the Captur remains reasonably settled by small SUV standards.

Interior noise is also a strong point for the Captur. It has the quietest engine, and wind and road noise are kept to a background hum. The Ecosport is quiet on the move, but it has more road and engine noise than in the Captur, and a touch less wind noise. The Korando’s gritty-sounding engine rattles under even moderate acceleration. This, along with the vibrations felt through its pedals and steering wheel, along with a notchy gearshift, could put you off. However, the Captur’s gearchange is only a bit better, whereas the Ecosport has the slickest shift by some margin.