Is the improved Ecosport good enough to steal sales from the Renault Captur and Ssangyong Korando?...

All these SUVs are spacious enough in the front to accommodate tall drivers. With height and reach steering wheel adjustment standard across the board, there’s also enough adjustability to suit drivers of most shapes and sizes.

The Ecosport's narrow front seats are the least comfortable, and the Korando's seats have limited side support, although you do sit high up, which is something many buyers will appreciate. The Ecosport and Captur are squatter and have driving positions more like a conventional hatchback, albeit raised just enough to deliver a subtle SUV flavour.

In entry-level Expression+ trim, the Captur gets the gloss black dashboard trim shown in our photos, but not the colour touchscreen. That’s reserved for Dynamique Nav models; instead you get a stereo with a small digital display. That gloss finish just gives the Captur the edge over its rivals for perceived quality, although the interiors of all three are built from mostly hard and scratchy plastics. 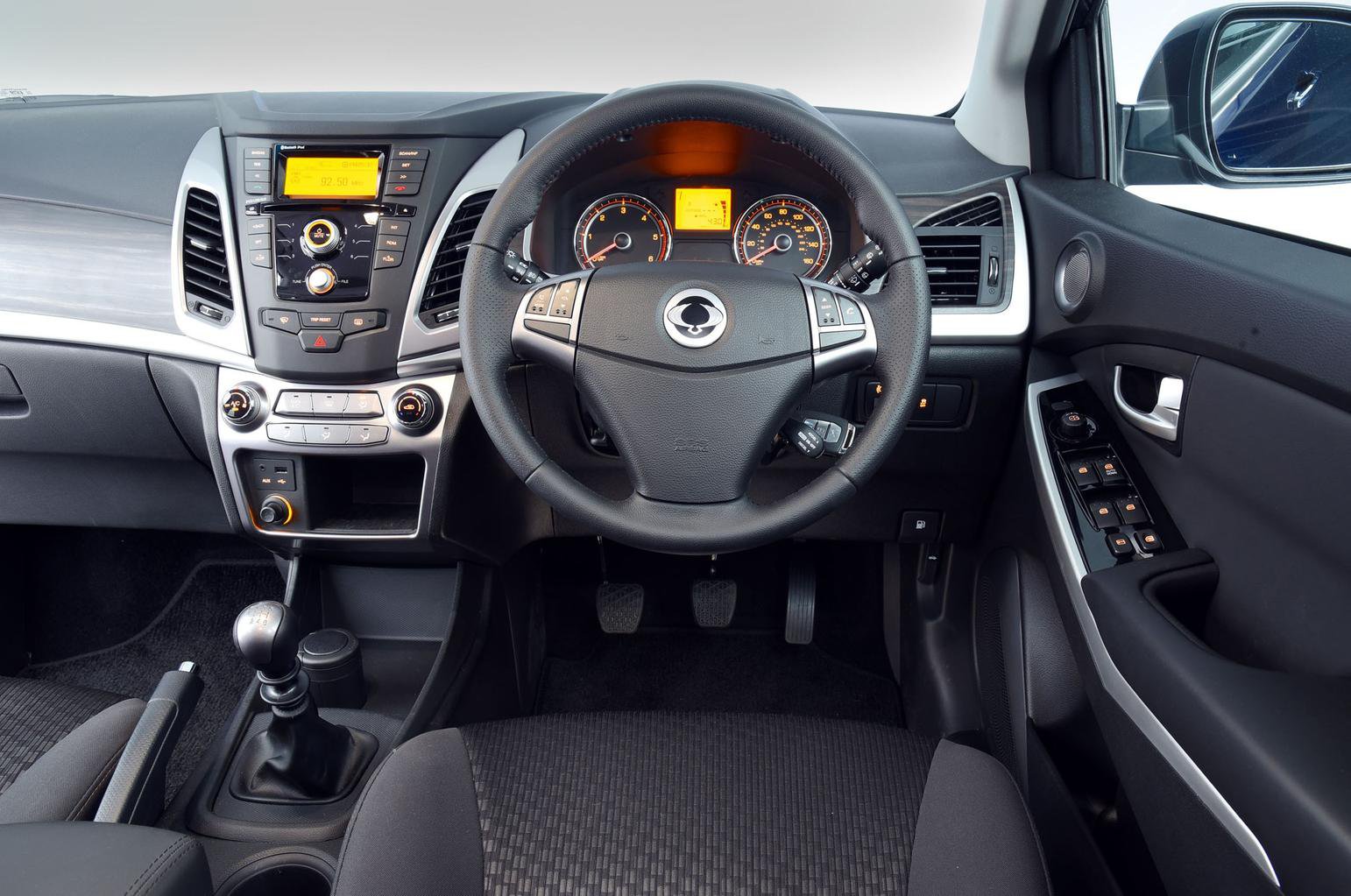 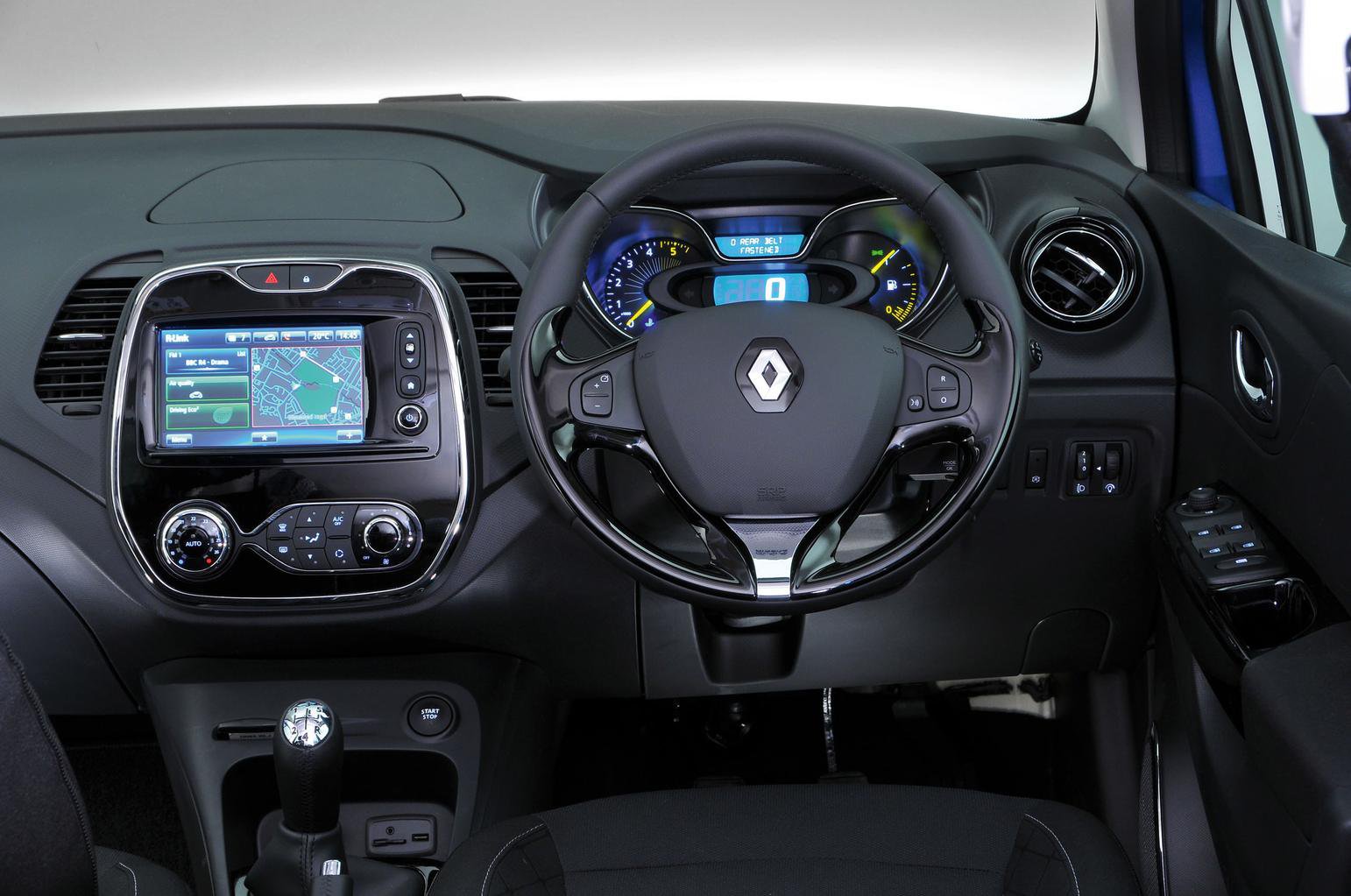 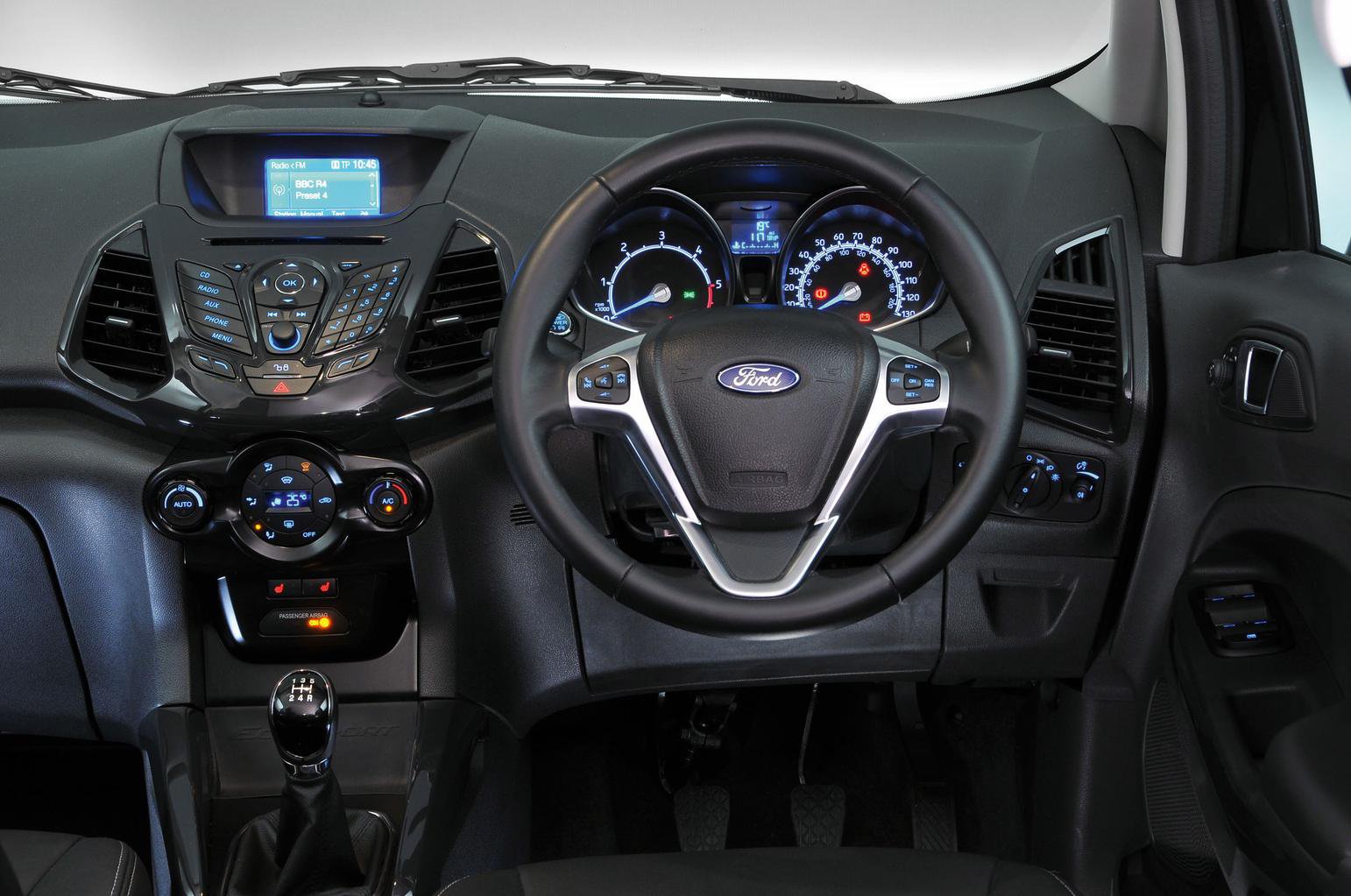 Predictably, being the largest of our trio, the Korando is the roomiest of these family cars. It’s much wider than its rivals, which makes it the best bet for carrying three people in the back. Fitting three in the back of the Ecosport and Captur is more of a squeeze; the Captur has a touch more head room than the Ecosport but less leg room. Meanwhile, the Ford and Ssangyong both have reclining rear seats, which means those in the back can choose a more laid back seating position.

The Korando has by far the biggest boot, and its rear seats fold to leave a flat extended load bay. The Captur has the next best boot. You can slide its rear seats forward to prioritise either boot space or rear leg room, and its standard height-adjustable boot comes in very handy. With its awkwardly shaped load bay and side-hinged tailgate, the Ecosport has the least practical boot.