The Ateca remains one of our favourite family SUVs, even after two years on sale. We're set to find out whether it's still got what it takes to stand out against newer rivals...

We haven’t had much ice and snow on the ground in our part of south-east England so far this winter (touch wood), but I’ve still noticed that my Ateca has surprisingly poor traction when pulling away from a standstill. Even when the road is simply damp or cold, the front wheels tend to start spinning frustratingly easily as I move off from intersections – particularly if I’m trying to accelerate briskly to take advantage of a gap in traffic. This is often accompanied by a resounding thump from underneath the car, presumably as the traction control kicks in to quell the wheelspin. 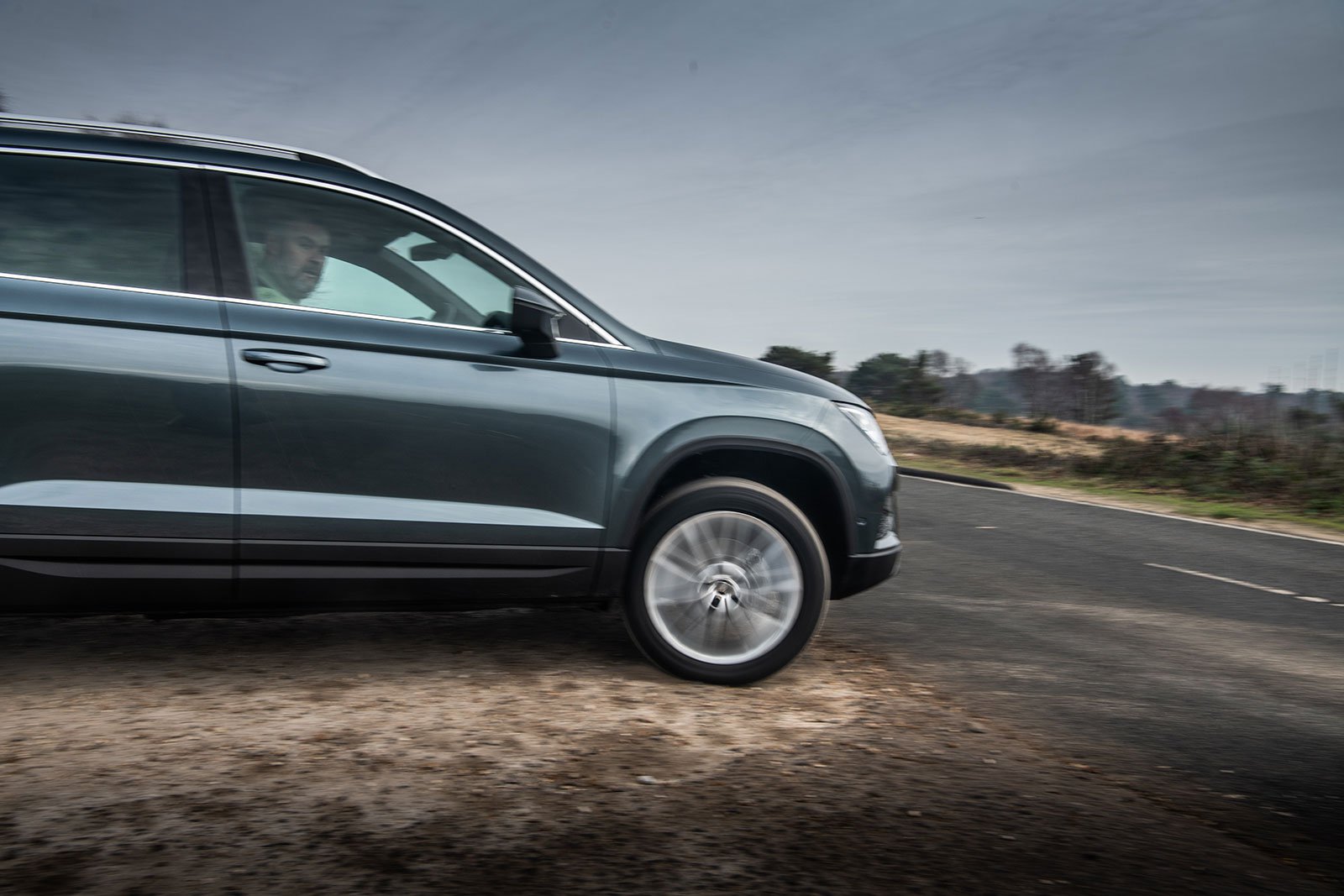 Some of this might be to do with the type of tyres fitted (Bridgestone Turanza T001s), although I have no reason to doubt their performance. However, the optional dual-clutch automatic gearbox fitted to my car must also take some of the blame, because it tends to hesitate in precisely these circumstances before lurching into action. I’ve taken to nudging the gear selector into Sport mode even around town to sharpen up the gearbox’s responses, reducing the lag away from a standstill, but the shortage of traction remains one of the few things about the Ateca that have been bugging me so far.

Frankly, it’s enough of an issue for me that I’d seriously consider going for a four-wheel-drive model next time to get decent traction, even though I know it would have an impact on fuel economy and CO2 emissions. We don’t normally recommend four-wheel drive in family SUVs such as the Ateca, but Seat has just introduced a 4Drive version of the 1.5 TSI Evo (to join the more powerful 2.0 TSI 4Drive that’s already available), and I’d welcome the more even distribution of power that such a system would no doubt provide. 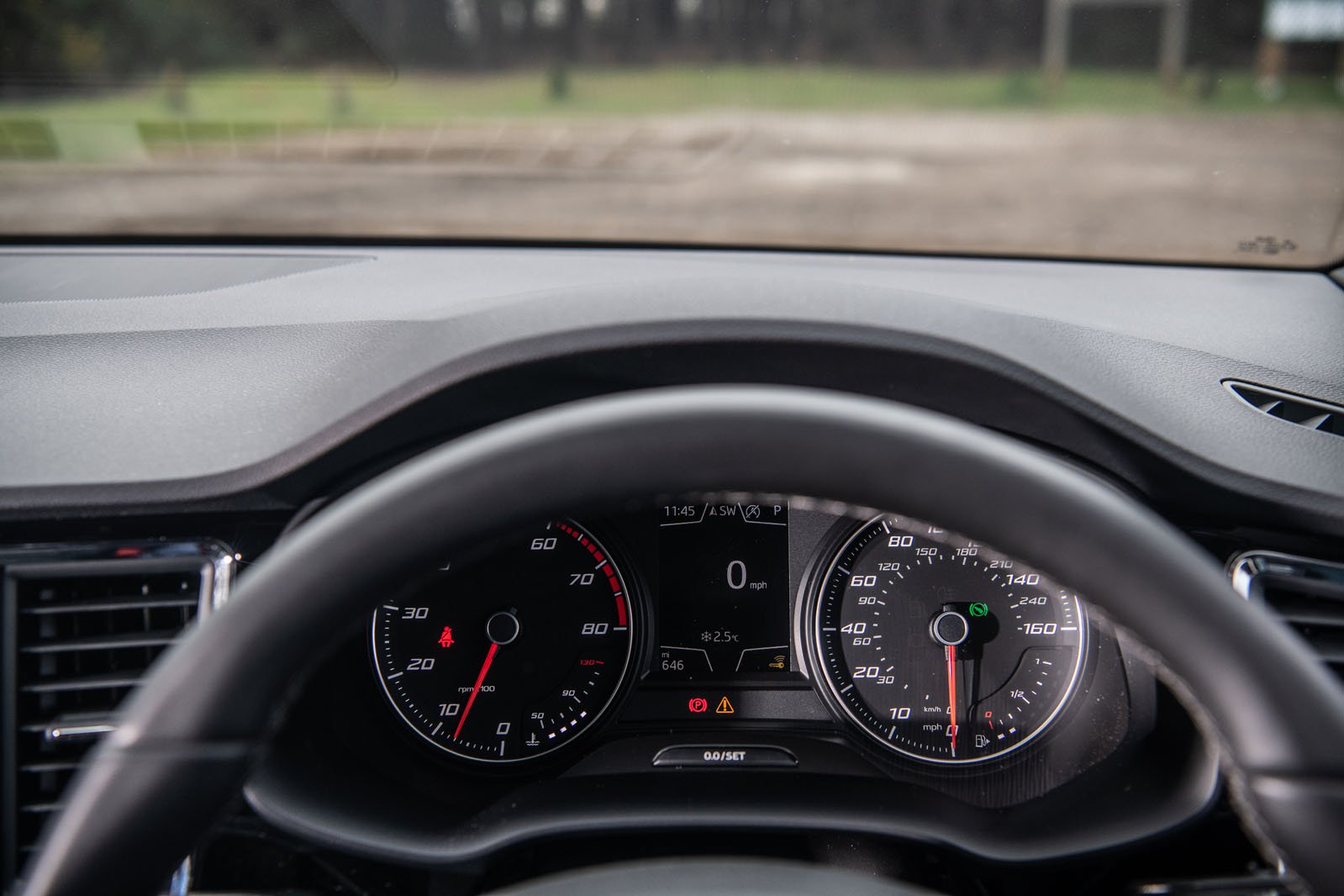 Meanwhile, in the process of fine-tuning the driving position to suit me perfectly, I’ve sacrificed some of my view of the instrument dials by dropping the steering wheel down to a more natural-feeling location (it has to be set too high if I’m to see the entirety of the dials). That means the top of the wheel rim cuts off my view of the rev counter above 4000rpm and the speedometer above 80mph – no great loss in either case, especially as I usually have a digital speedo showing in the digital display between the dials. The only slight downside is that it also blocks my view of the clock and gear indicator in the top corners of the digital screen, forcing me to duck my head if I want to glance at either of them, but it’s a compromise that I can live with in order to have a comfortable driving position.

Despite what I’ve said about the poor traction, it hasn’t taken any time at all for me to bond with the Ateca. It feels much lighter and more agile than you’d expect of a car like this, so you can have some fun with it on a twisty road without it feeling out of its depth. In addition, its size is proving ideal, in that it’s compact enough to be easy to park and thread through narrow London streets, unlike many larger SUVs, yet it’s plenty roomy and comfortable enough inside for my needs. I guess I’ll just have to practise pulling away from intersections as gently as possible…

More from our long-term Seat Ateca >