If you're in the market for a premium hatchback the Audi A3 and Mini Clubman are both excellent family cars, but which one makes the most sense as a used buy? Read on as we find out...

The second-generation Mini Clubman is a spacious and entertaining car ***

Mini looked like it had a huge winner on its hands when it first launched the Clubman back in 2007: here was a car that promised Golf-rivalling practicality as well as a hefty dose of typical Mini driving fun and distinctive looks. Unfortunately it turned out to be a bit of a flawed offering. It drove well, but its boot wasn’t very big and the gimmicky single rear offside passenger door was an annoying feature that hampered access. Mini took note of the previous car’s failings, however, and dramatically revised the design for this second-generation Clubman, launched in 2015 - it came with two rear doors and a much bigger boot.

That’s good because it faced stiff competition back then from the superb Audi A3 Sportback. This previous What Car? Car of the Year winner has been one of our top family car choices for many years, as it’s good to drive and comes with a range of punchy and efficient engines, and the quality of its delightful interior is the best in the class.

Both cars are fitted with four-cylinder diesel engines that drive the front wheels through a six-speed manual gearbox. They both produce 148bhp along with similar amounts of low-rev pulling power. Despite these similarities, the A3 is the quicker car. It completes the 0-60mph sprint in a swift 7.9sec, whereas the Clubman takes 8.6sec. However, if you put your foot down in a higher gear, the Mini will accelerate more briskly than the Audi. For example, the Clubman gets from 50-70mph in sixth gear in 9.5sec. The A3 takes another second to complete the same task.

Both cars have gearing that’s well suited to motorway cruising, because the low engine revs help cut noise and boost economy. At 70mph the A3’s engine will be spinning at 1950rpm, while the Clubman’s will be turning at a slightly higher 2050rpm.The A3’s engine is also superbly smooth and will happily rev to 5000rpm. The Clubman’s isn’t too noisy or unrefined, but it’s always more gruff. The Mini’s gearbox isn’t as slick as the Audi’s, either.

Fortunately, the Clubman is fairly fun to drive. It feels lower and stiffer than the A3, which lends it a sporting edge. Its steering doesn’t offer a great amount of feel, however, which means it isn’t quite as rewarding to drive as you might expect. 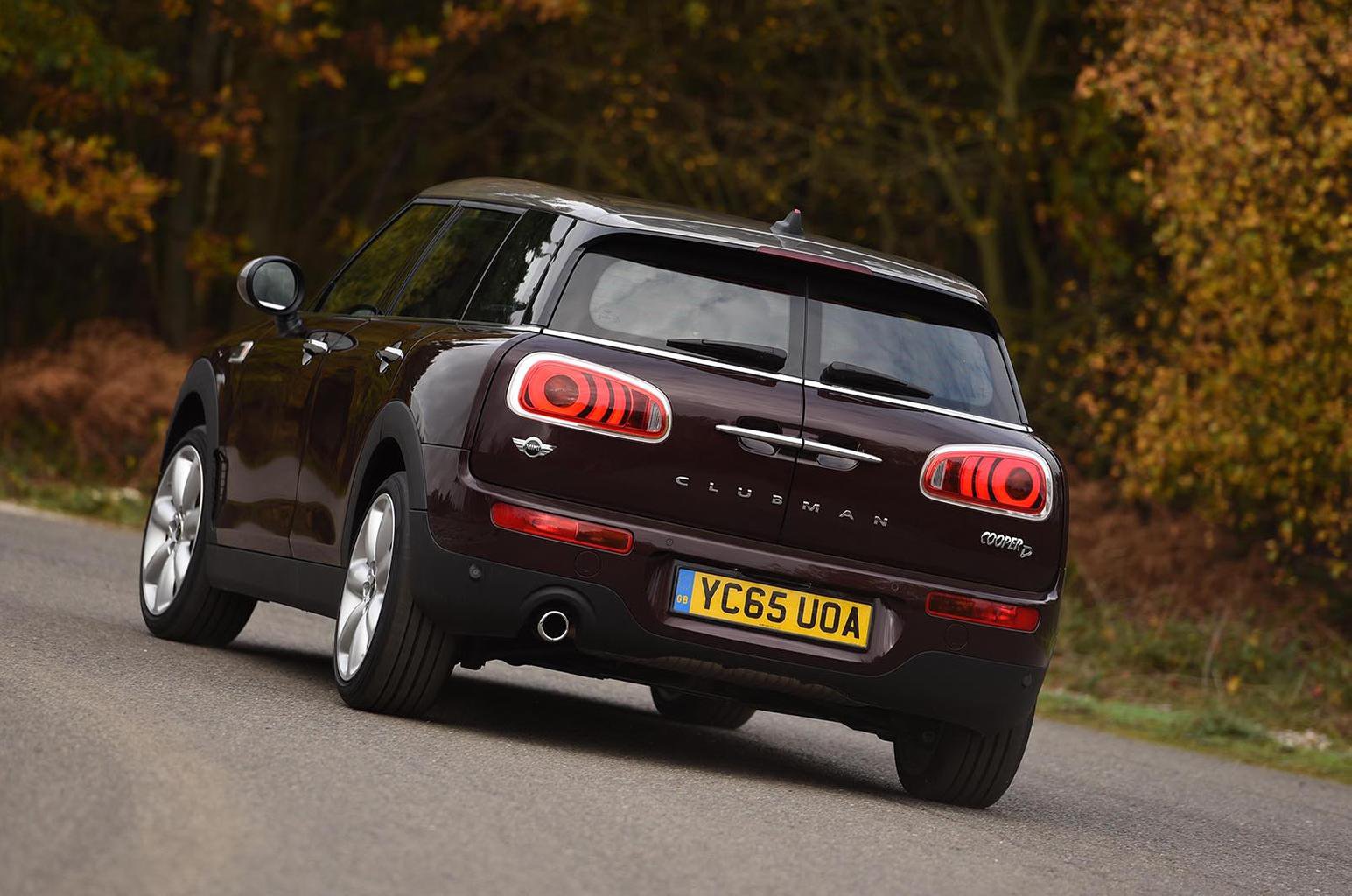 The A3 doesn’t seem quite as agile as the Clubman, but it is actually easier to drive quickly thanks to its more grippy front end, which doesn’t run wide as early when pushed hard into a corner.

The A3 stops slightly quicker than the Clubman, but both cars’ braking response is easily judged and controlled. However, it’s the Audi that does a better job of transferring its power to the road in slippery conditions; the Mini tends to scrabble when you accelerate out of junctions or on to roundabouts.

The A3 also rides in a softer, more composed fashion. The Clubman’s stiffer suspension makes it thud and jar a little more over cracks and bumps in the road, although it is never truly uncomfortable.The A3 is much quieter than the Clubman when you’re on the move, however. Consequently the Audi is the car that will get you to your destination in a more relaxed fashion. 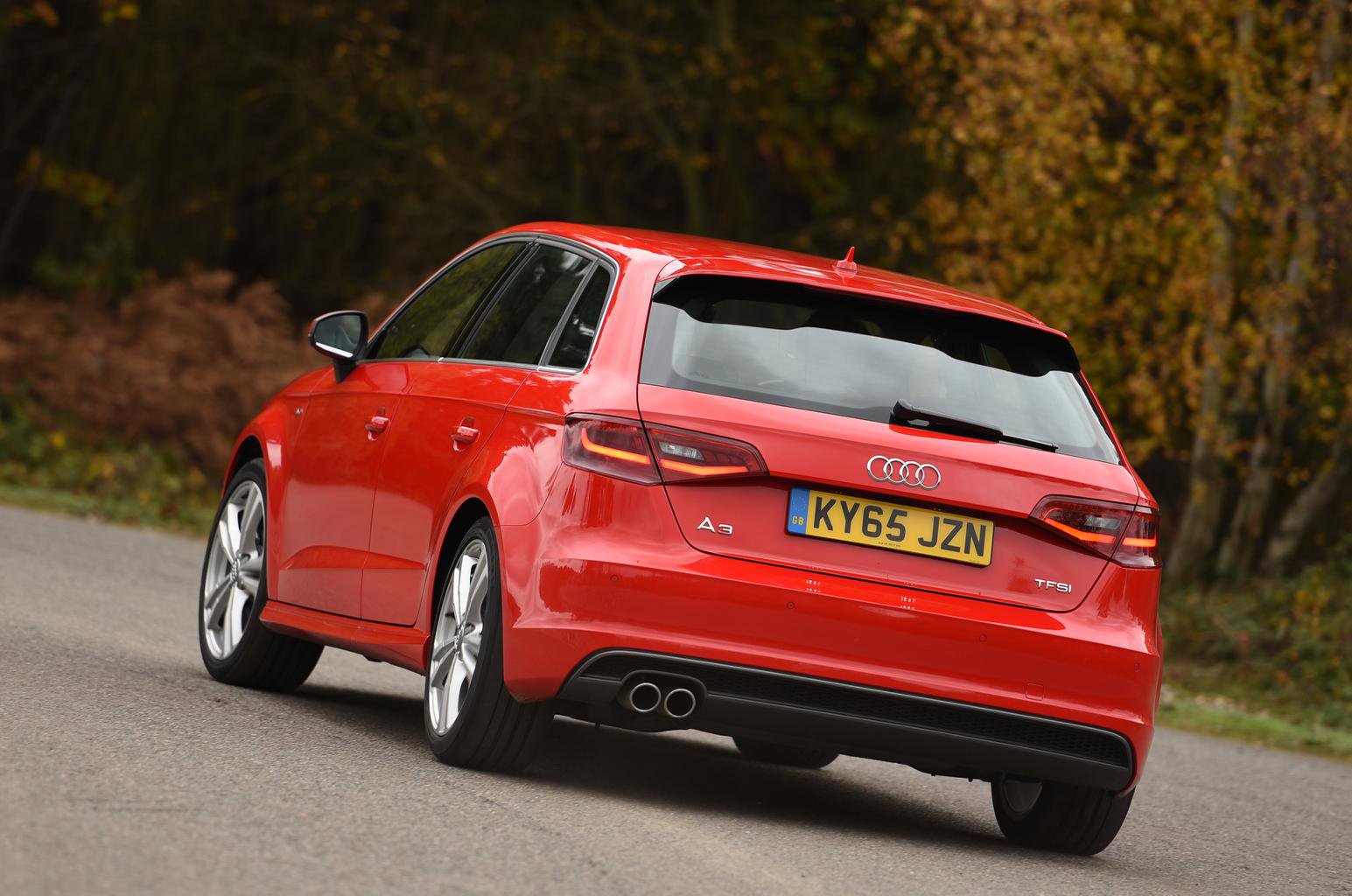