The TT has always been fashionable, but is it fun to drive, too?

The brevity and inconsistency of the British summer is probably one of the reasons we buy a surprisingly large number of convertibles. And with this summer appearing to remain true to form, you might be considering whether a drop-top is a good investment with which to take advantage of the sunny spells.

If you’re going to take the plunge, a used two-seat roadster like one of the two we’ve assembled here is a great way to do it. Both are a few years old, so the worst of their depreciation is out of the way; both have classy, upmarket interiors built from high-quality materials, meaning they should still feel fresh; and both have powerful petrol engines that should mean they will deliver an exciting wind-in-the-hair driving experience.

First up, there’s the Audi TT Roadster. The TT is one of Audi’s best-known models, and while the first generation got off to a slightly rocky start, Audi ironed out the creases with this second-generation version, which means it drives as well as it looks. This 2.0 TFSI model is our pick of the range. It isn’t all that easy to find on the used market, but it’s worth seeking out for its blend of performance and everyday usability.

It’s up against the BMW Z4, which is slightly easier to find as it’s more ubiquitous – although, again, the sDrive20i version tested here isn’t quite as commonplace as the snazzier M Sport model. Nevertheless, the sDrive’s smaller wheels should mean it’s more comfortable and it, too, features a turbocharged 2.0-litre engine, which was made available from 2011 onwards.

The Z4 engine has 181bhp, which means it can’t quite match the TT’s 208bhp output. The Audi weighs around 180kg less than the BMW, too, so straight-line pace is brutal no matter which gear you’re in. The Z4’s engine is strong at low revs, which makes it easy to build speed quickly, and with rear-wheel drive, it gets its power down better off the line – but once rolling, the front-wheel-drive TT leaves it trailing way behind.

It’s a closer match in the corners. The BMW leans more than the Audi as you turn in, but hangs on gamely and stays neatly balanced as you get close to the limits of grip. The steering is the only let-down, because it doesn’t have enough feedback. 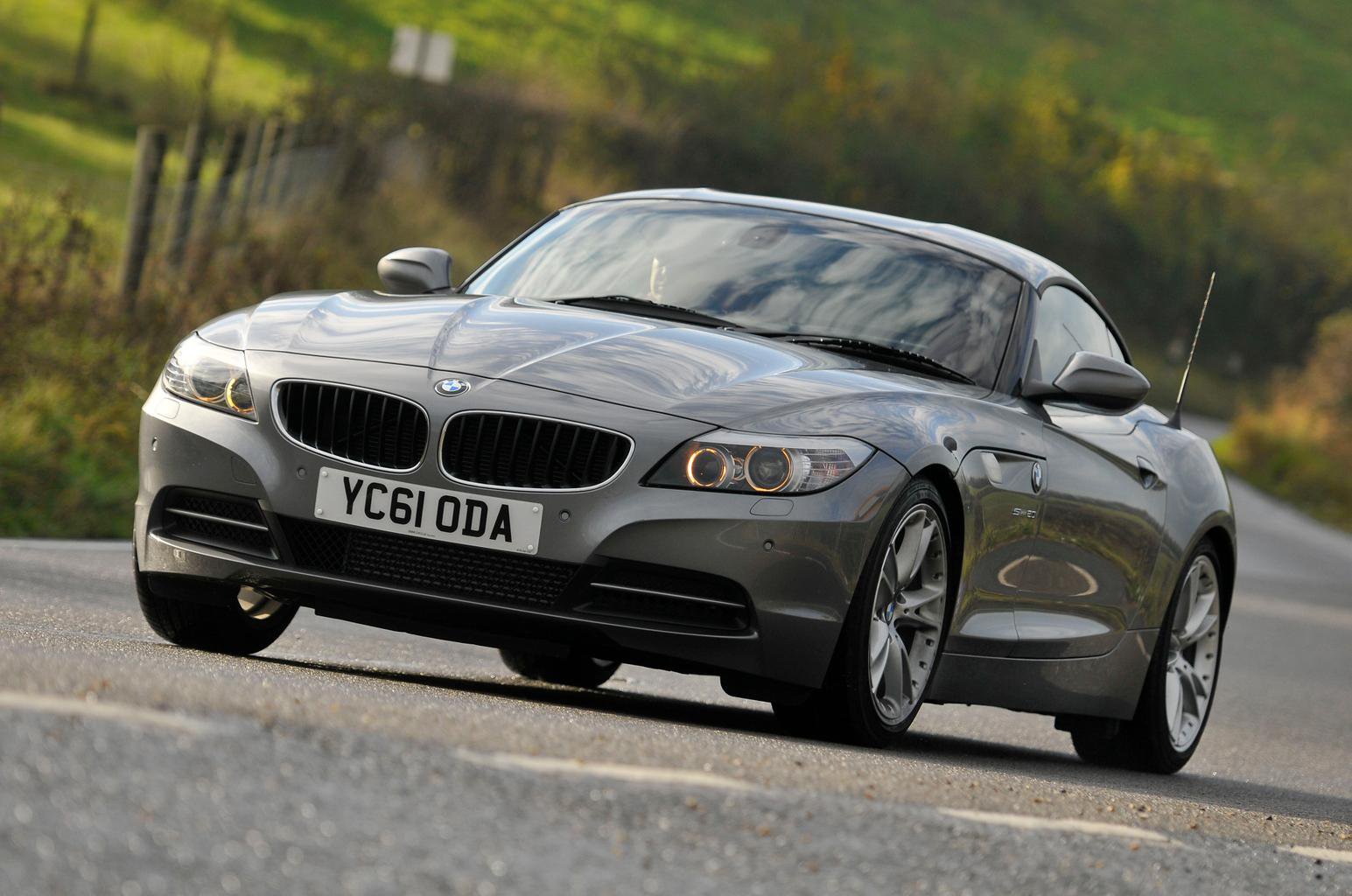 The TT dives in eagerly with plenty of bite and hardly any body lean, but if you’re overeager with your right foot, the front of the car will run wide. Nonetheless, the car's precise steering will have you grinning from ear to ear on any winding road.

Our test car was fitted with the optional sports suspension, but even with this stiffer-than-standard set-up, the TT isn’t too harsh. The ride is fim around town, but brilliantly controlled on faster, undulating roads.

The Z4, meanwhile, is pretty forgiving at low speeds, but its softer set-up means it tends to float around when you pick up pace. Mid-corner bumps also tend to send shudders through the car, especially when the roof is down.

Both cars are reasonably quiet with their roofs up; the TT’s fabric hood allows more wind noise into the cockpit, but the Z4 kicks up more road and suspension noise, so overall it’s noisier at 70mph. 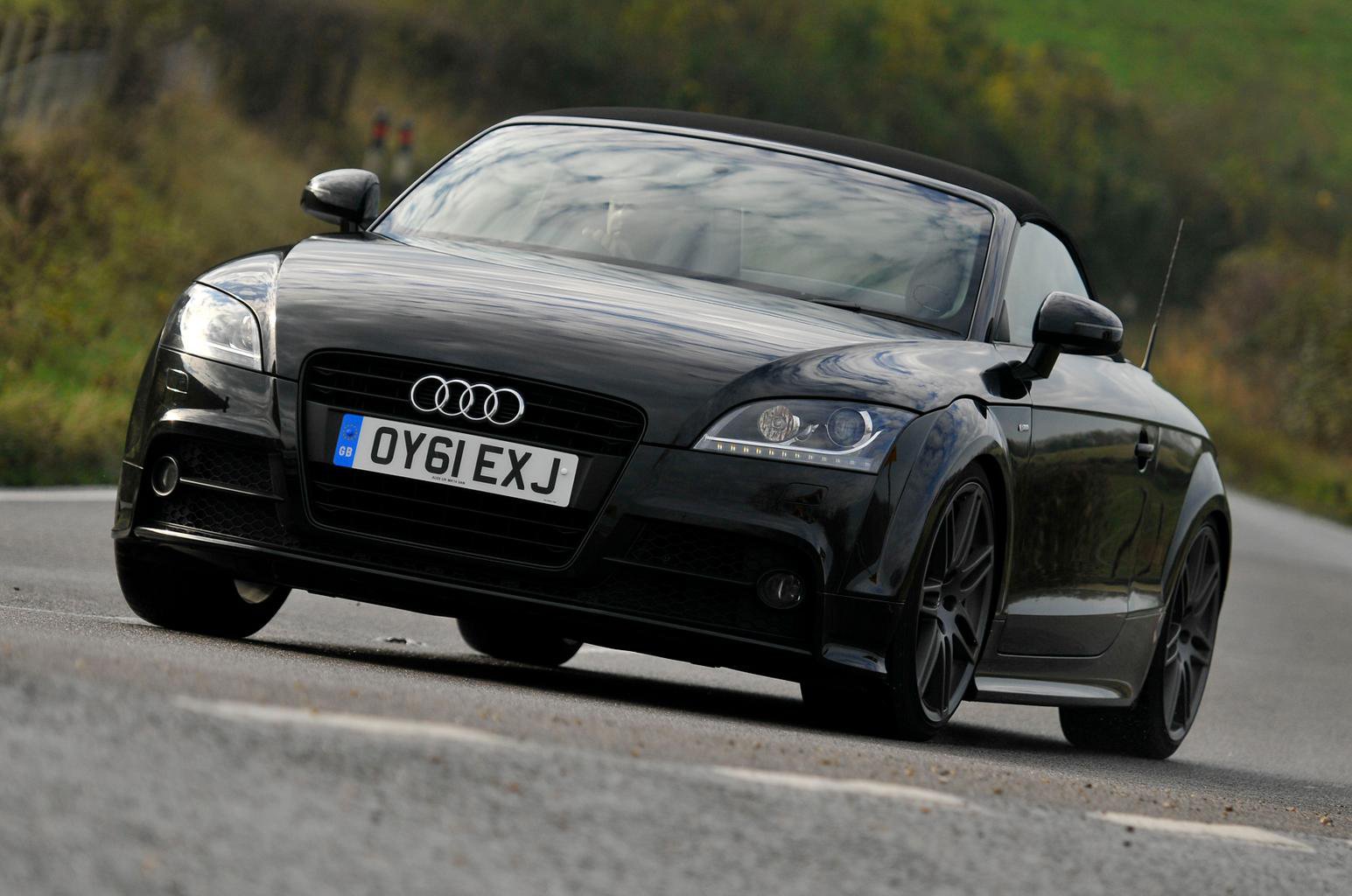