These two year-old small EVs share many components and, with compelling used prices, are desirable buys. However, which should you put on your driveway?...

With more swish materials, the e-208 has a sportier and more upmarket feel inside. The Corsa-e, with its more conservative design and harder interior plastics, looks and feels more like a budget option.

However, the Corsa-e has a better driving position; some drivers will find that the e-208’s steering wheel blocks their view of the car's high-set ‘3D’ digital instrument panel. This isn’t a problem in the Corsa-e, and its 2D digital instruments are easier to read at a glance. 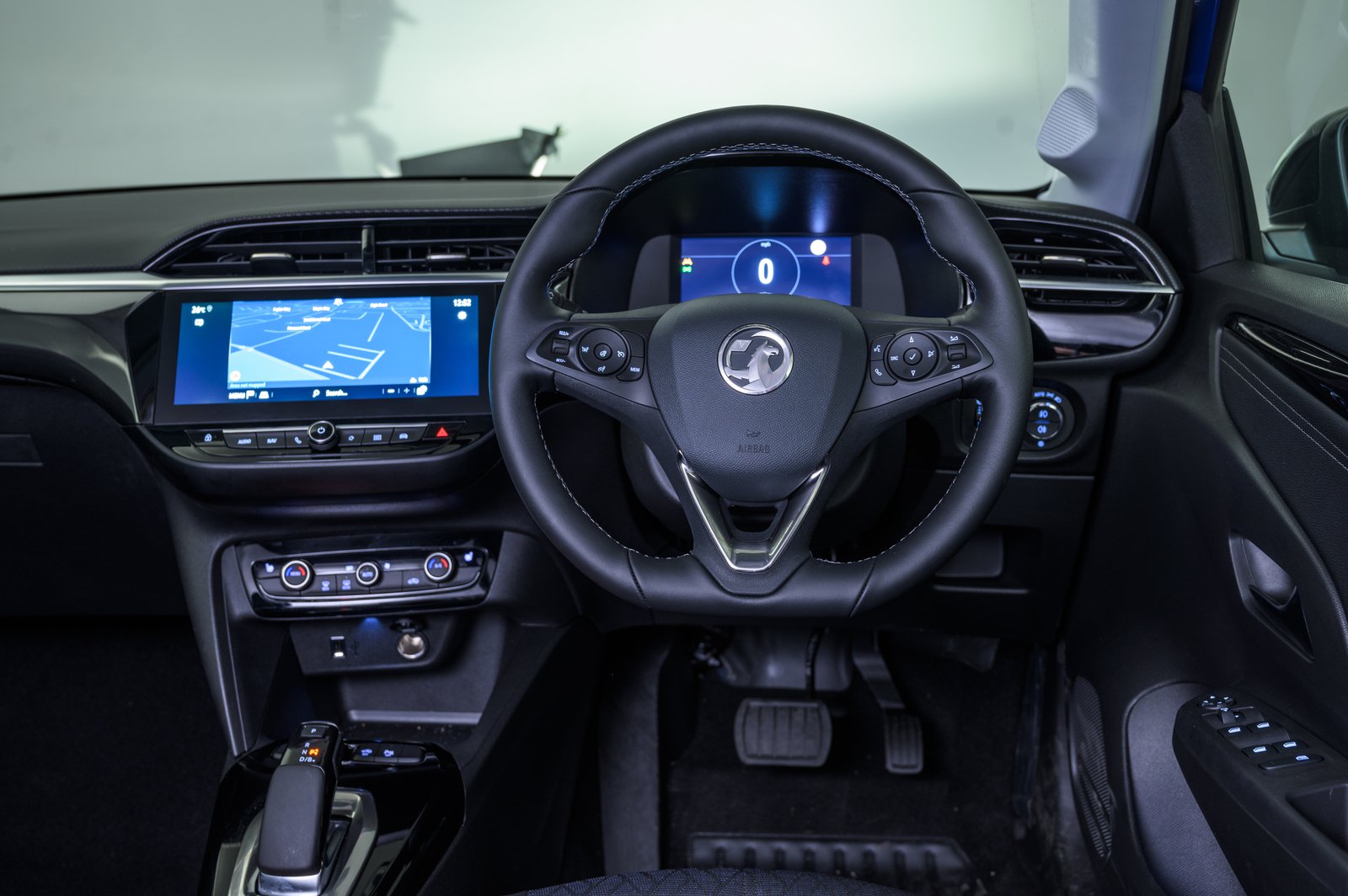 Range-topping GT trim in the e-208 nets you a big 10.0in touchscreen; lesser 208s make do with a 7.0in display. The graphics are clear enough, but the menus could be more intuitive and there’s often a delay between you pressing the screen and anything happening. There are shortcut buttons below the screen that bring up things such as the sat-nav and radio, but they are touch-sensitive and have pale symbols on them, making them very tricky to use on the move.

The Corsa-e's infotainment system is is similar to that of the e-208's, albeit more integrated into the dashboard. That said, the physical shortcut buttons below the screen are easier to use than the e-208’s touch sensitive pads. Both cars come with Apple CarPlay and Android Auto phone mirroring, along with rather underwhelming six-speaker stereos; they lack the punch of more upmarket sound systems. 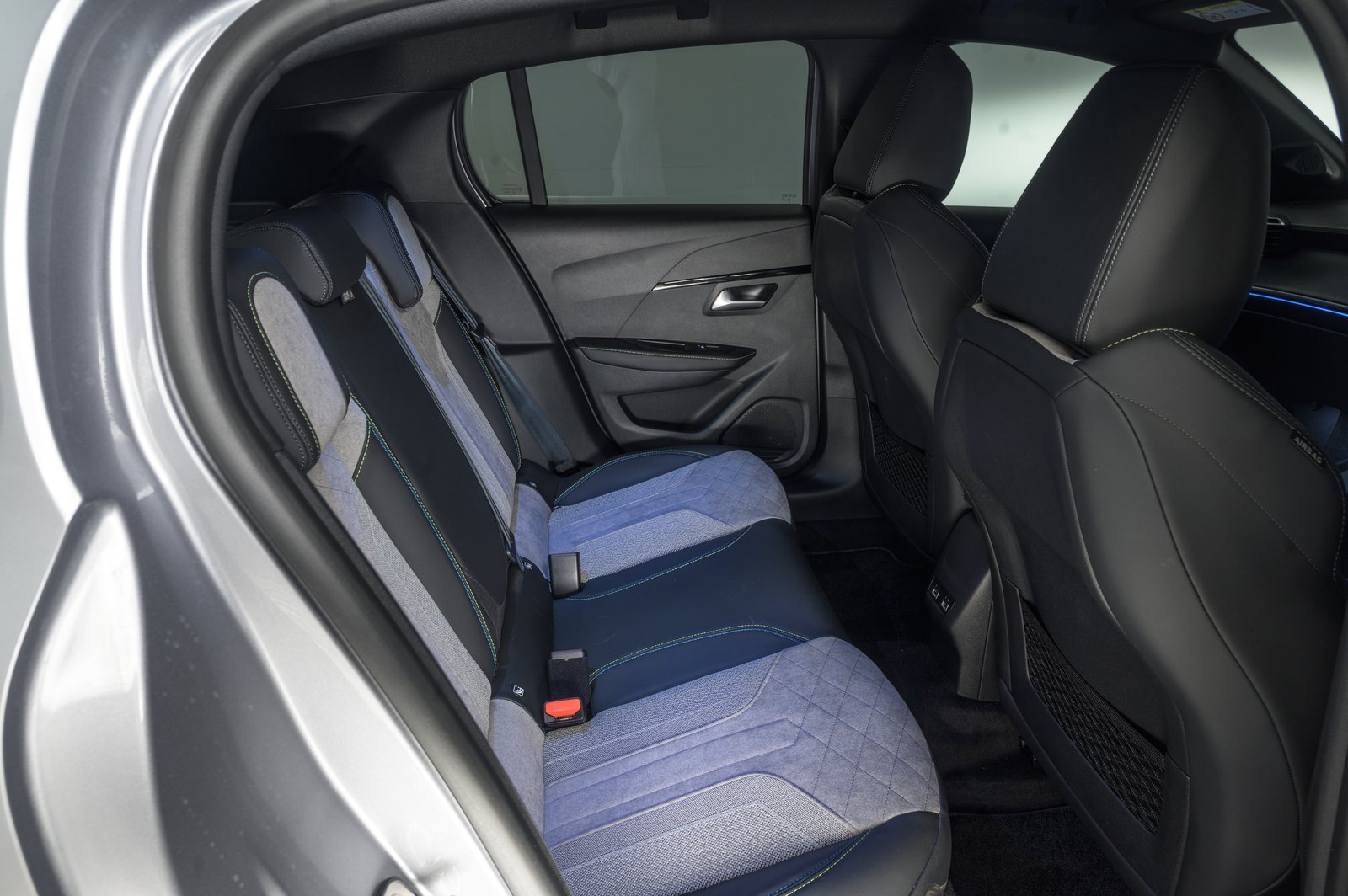 In terms of visibility, neither car is particularly impressive; their thick windscreen pillars obscure more of what you can see through corners than those of the Renault Zoe, for example. And their tapering rooflines reduce the amount you can see when looking over your shoulder. Thankfully, both cars come with front and rear parking sensors and reversing cameras to help with low-speed manoeuvring, plus adaptive LED headlights so you can see where you’re going better at night.

The e-208 and Corsa-e may be small, but even tall occupants will find plenty of space in the front. Not only is there plenty of head room, but leg room is generous and both interiors are wide enough to avoid any banging of elbows between driver and passenger. 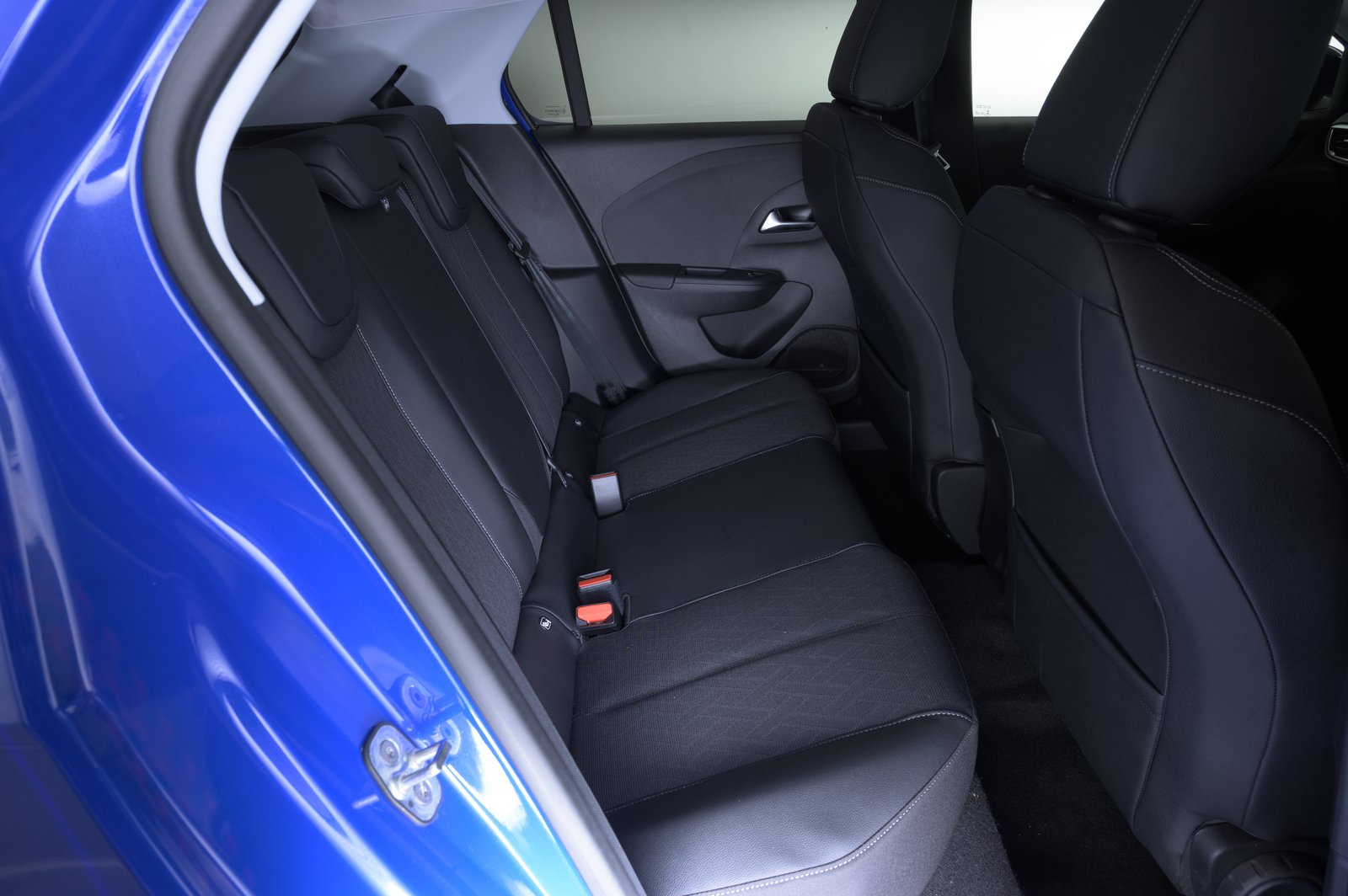 This, however, contrasts sharply with space in the back. Both cars have small rear door apertures, so climbing in or out is awkward, and 6ft-plus occupants will find their knees pressing against the seat in front. It's more of an issue in the e-208, because its front seats have hard backs, whereas the Corsa-e’s are soft. Rear head room is very similar in both, being sufficient for anyone up to 6ft tall. However, fitting three-abreast the back would be a real squeeze in either car.

Perhaps surprisingly, neither car is compromised on boot space compared with the regular petrol and diesel versions, even though both have to accommodate hefty batteries. Five carry-on suitcases will fit in each car’s boot. Both cars also feature 60/40 split-folding rear seatbacks, although these don’t lie completely flat when dropped.