So, you want a used SUV that's great value but still has a bit of flair. Which best fits the bill: the Ford Kuga or Volkswagen Tiguan?... 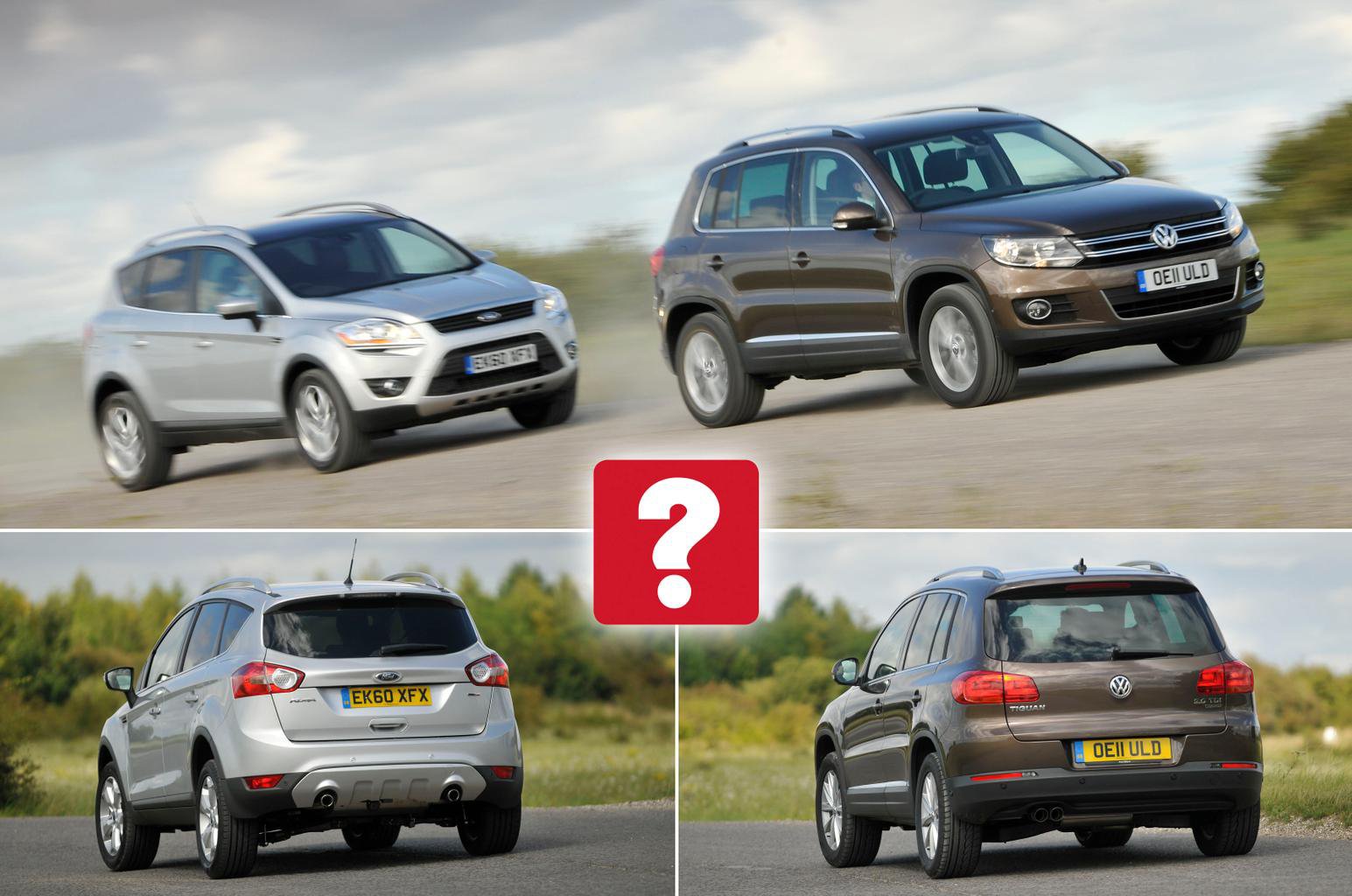 The Kuga’s styling is ageing well, and because there are plenty of them around, finding one won’t be too tricky

Smart looks and a classy interior make the Tiguan feel upmarket – but is that all it can offer?

You see them every day, ferrying kids to school, parked up at the supermarket, or perhaps picking up the latest purchase from a certain Scandinavian flat-pack furniture emporium. But practical, mainstream SUVs needn’t be boring. In fact, some of the most popular family-sized SUVs you can now buy second-hand have a streak of desirability about them – and the best part is, because they’re so commonplace, they won’t cost you the earth.

Take the first-generation Ford Kuga. Its basic design may be almost 10 years old now, but that doesn’t stop it from being stylish. And with Ford’s renowned ability to build a family car that’s enjoyable to drive, the Kuga should be able to serve up practicality alongside a welcome slice of fun.

Next to the Kuga, the Volkswagen Tiguan treads a more restrained path. Yet its lines are classy in a way that the Kuga's can’t quite match; what’s more, it’s one of the more upmarket offerings in this class, and having just been replaced, it’s now looking like very good value. But which of these used SUVs best combines practicality and value with a little something extra to make you smile? That’s what we’re here to find out.

Both of these cars have 2.0-litre diesel engines, but of the two, it’s the Kuga’s that comes with the higher power figure. That shows out on the road; its engine feels flexible and eager at any revs, and that means the Kuga accelerates briskly. Overtaking is assured, too, because there’s plenty of shove through the middle part of the rev range, inspiring confidence.

The Tiguan’s acceleration isn’t as lively and is more linear, so you don’t get the same sort of mid-range punch. That makes overtaking a little less of a doddle than it is in the Kuga, and the Tiguan is also a little more sluggish on the motorway. That said, it isn’t a slow car by any stretch, and it’s doubtful any prospective owner will be disappointed with the way the Tiguan goes. 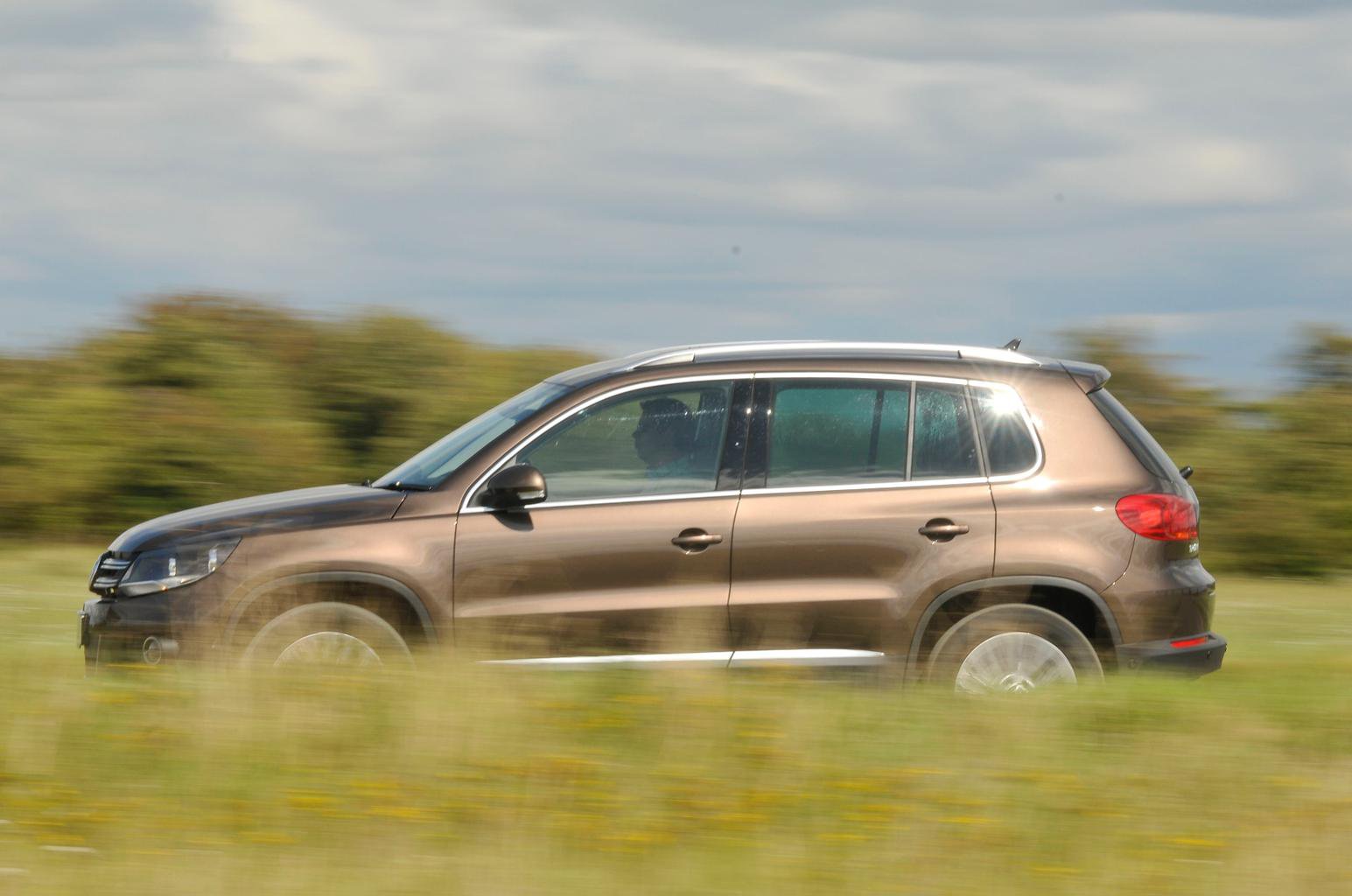 Its ride can occasionally be a little jittery over the roughest road surfaces, but on most stretches of asphalt the Tiguan is a smooth and relaxing thing to drive, and on the motorway it’s calm and composed. You won’t find much entertainment value in its handling, mind you; the steering, while light, doesn’t offer all that much feel, and while it’s stable in corners, it doesn’t exactly respond with much vim or vigour.

By contrast, the Kuga is a distinctly sporty SUV. There’s a bit of body lean, but on the whole the handling is pleasingly tidy, with quick, responsive steering that delivers a decent amount of feel. You’d expect such a performance to result in a poor ride, but actually, the Kuga’s ride is pretty good. True, it’s firmer than the Tiguan’s, but it’s never harsh and doesn’t crash through potholes.

Where the Kuga falls down is in the amount of noise it forces you to endure. The engine isn’t too loud unless you rev it hard, but once you’re on the motorway, the wind and road noise are inescapable. Not so in the Tiguan; there’s barely any wind or road noise to speak of, and while it’s a bit clattery at idle, the engine smooths out once you get moving. 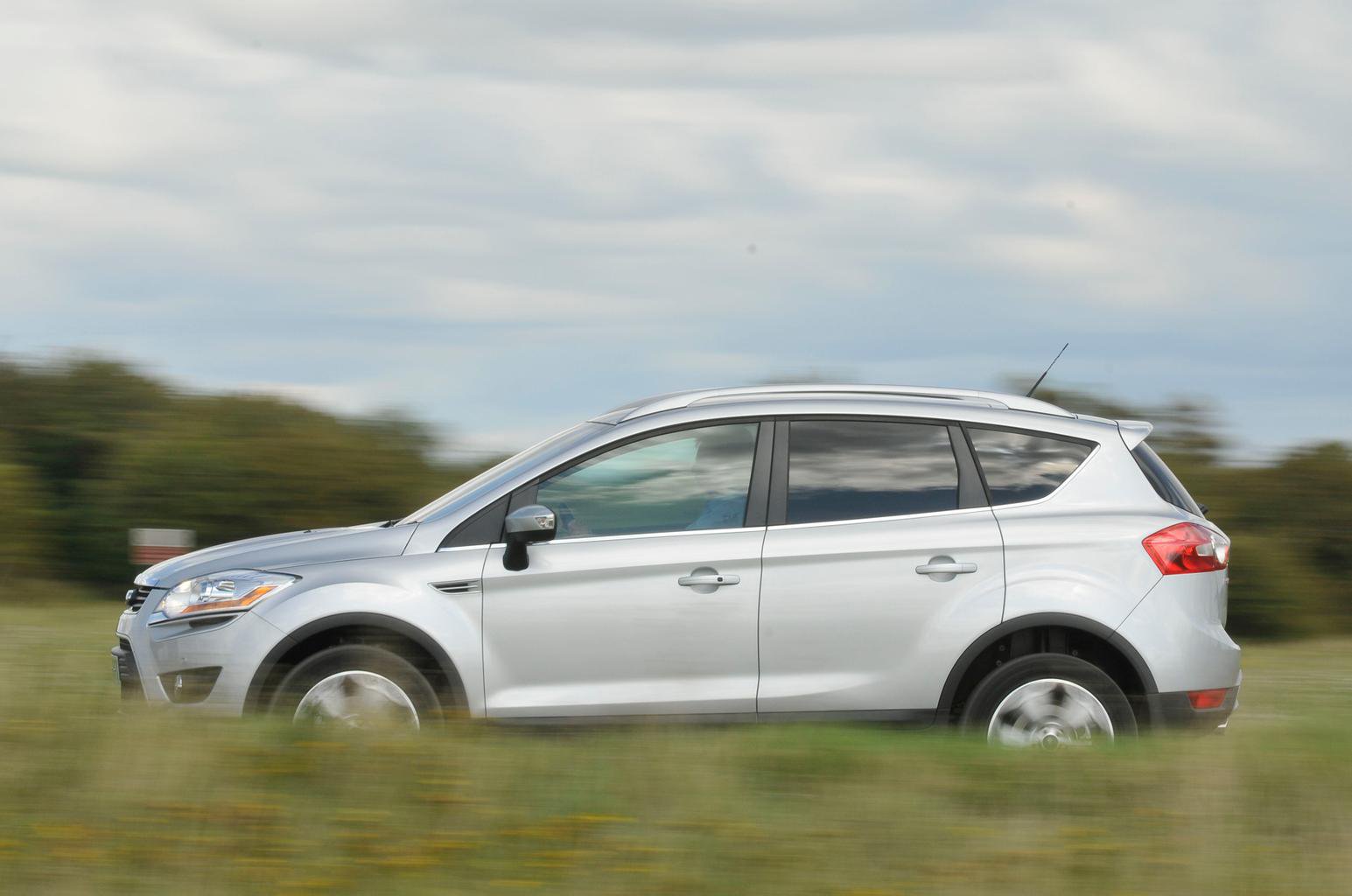