Buy either of these two premium plug-in hybrids at a year old and you'll save more than £11,000, but which is the better option?.....

These two have among the best driving positions in the executive saloon class, albeit for slightly different reasons. You sit lower in the 330e so you immediately feel like you’re behind the wheel of something with a sporty flavour, and its heavily bolstered seat adds to that impression by holding you in place securely through corners. However, you have to adjust the seat the old-fashioned way (using bicep power) and you'd have to hope the first owner paid the extra if you wanted adjustable lumbar support, as it was an option. 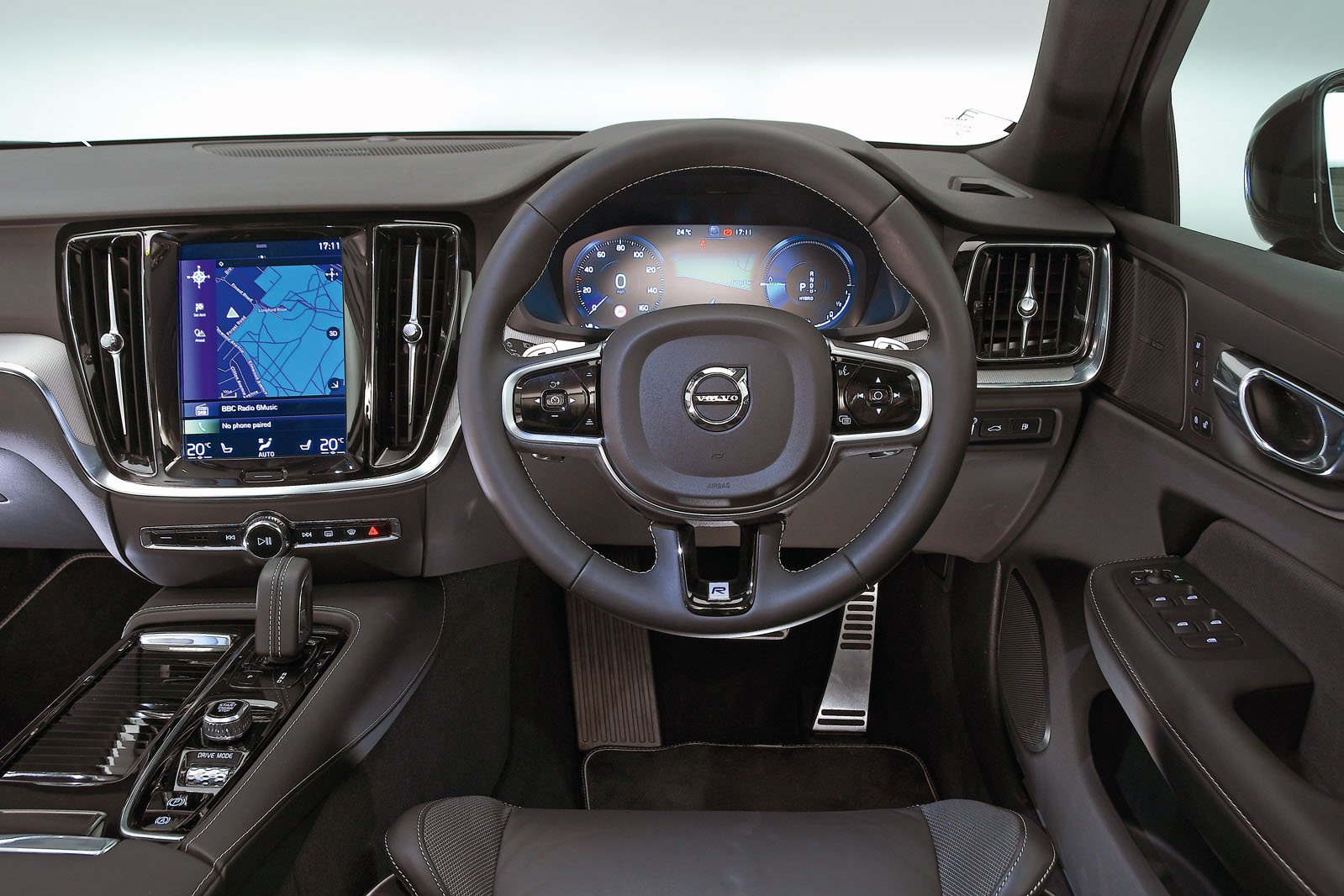 Meanwhile, electric front seats and adjustable lumbar support are standard on the S60, and those seats are even more comfortable than the 330e’s on long drives – especially when the road is mostly straight. You sit higher up, which is good news for forward visibility. However, your over-the-shoulder view is actually slightly better in the 330e. Both cars come with front and rear parking sensors to help you out when manoeuvring in tight spots, and the 330e also has a rear-view camera.

Interior quality is a close-run thing, but the S60 just has the edge, with fewer hard plastics, particularly in the gear selector area. Indeed, it has one of the most upmarket interiors in the class, pipped only by the Audi A4 (which isn’t available as a plug-in hybrid).

As far as infotainment setups go, BMW’s iDrive system is the best in the class. You can use it as a touchscreen or by twisting and pressing a dial between the front seats (which is less distracting when you’re driving). Measuring just over 10.0in, the 330e's display is bigger and brighter than the S60’s, too, plus the operating system it displays is far more user-friendly. 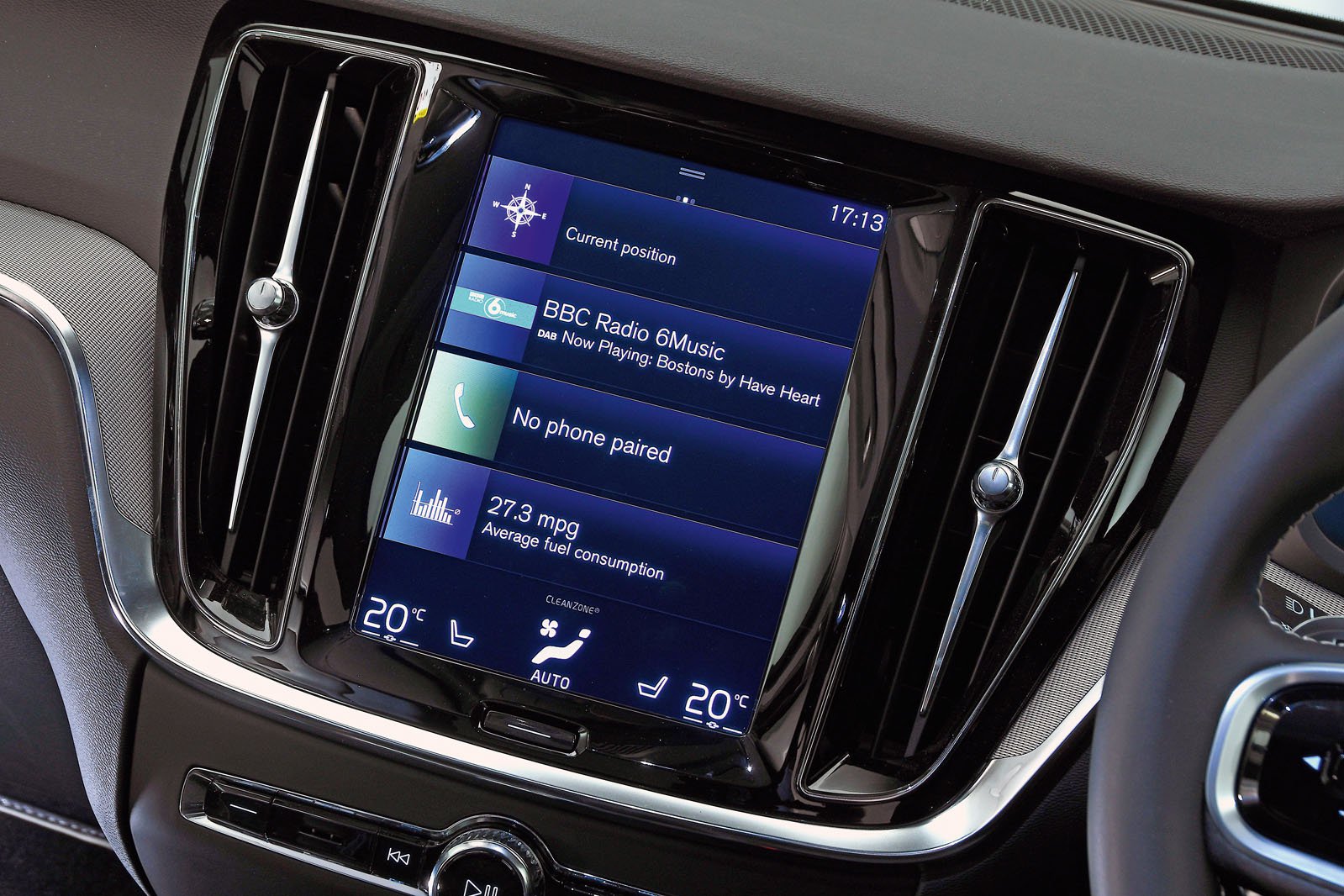 The S60’s system is operated by touchscreen only, so it’s quite distracting to use while driving. The fact that some of the icons are small doesn’t help. Volvo’s operating system isn’t the most intuitive, either.

Both cars offer reasonable space by the standards of the class, but the S60 is the roomier choice for rear passengers, particularly when it comes to knee room. A six-footer will still fit in the back of the 330e with relative ease, but he or she won’t have the same space to spread out during a longer drive. 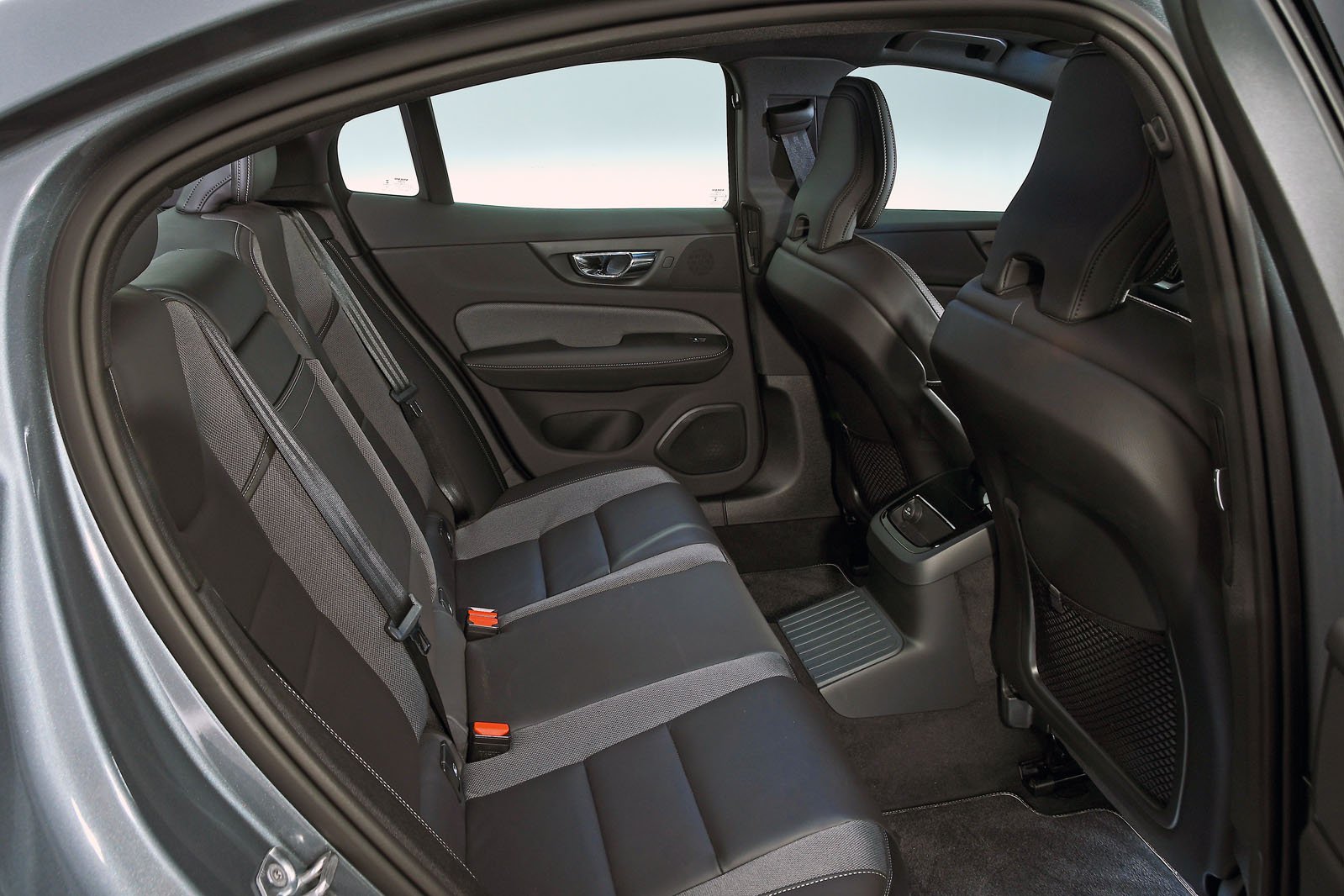 If you’re wondering how the engineers managed to squeeze a big battery into these cars’ already fairly compact dimensions, here’s your answer: by stealing space from the boot. Yep, both cars have significantly less space for your luggage than their regular petrol and diesel counterparts. 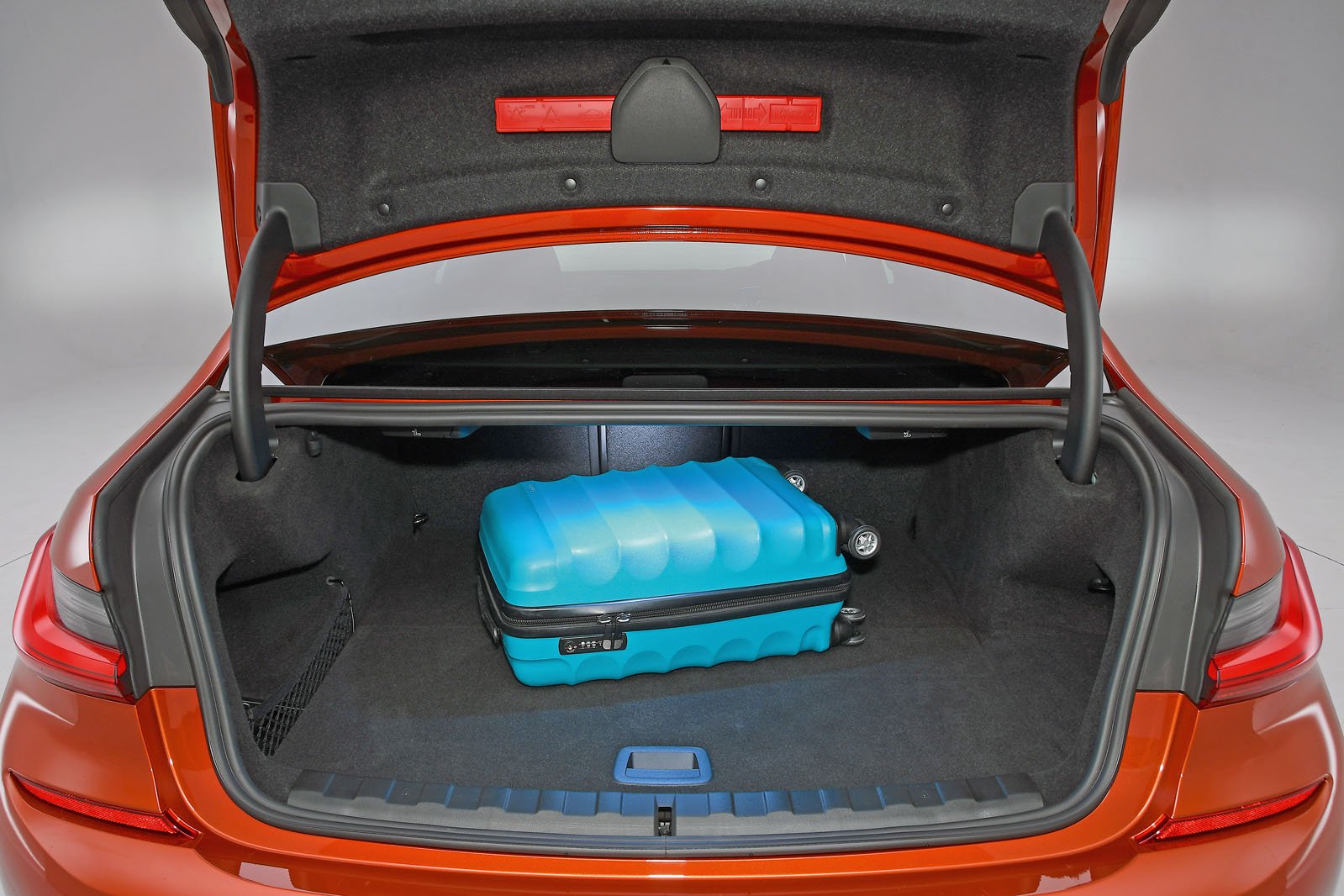 It’s more of an issue in the 330e; although it had a slightly larger boot to begin with, a lot more space has been robbed. The space that’s left is really shallow, managing to accept just five carry-on suitcases (compared with seven in the regular 3 Series). At least you can always fold down the 40/20/40-split rear seats if you need to carry more, whereas this was an option on the S60 when it was new. However, on the plus side, the S60 does come with an electric boot lid and can squeeze in eight suitcases. 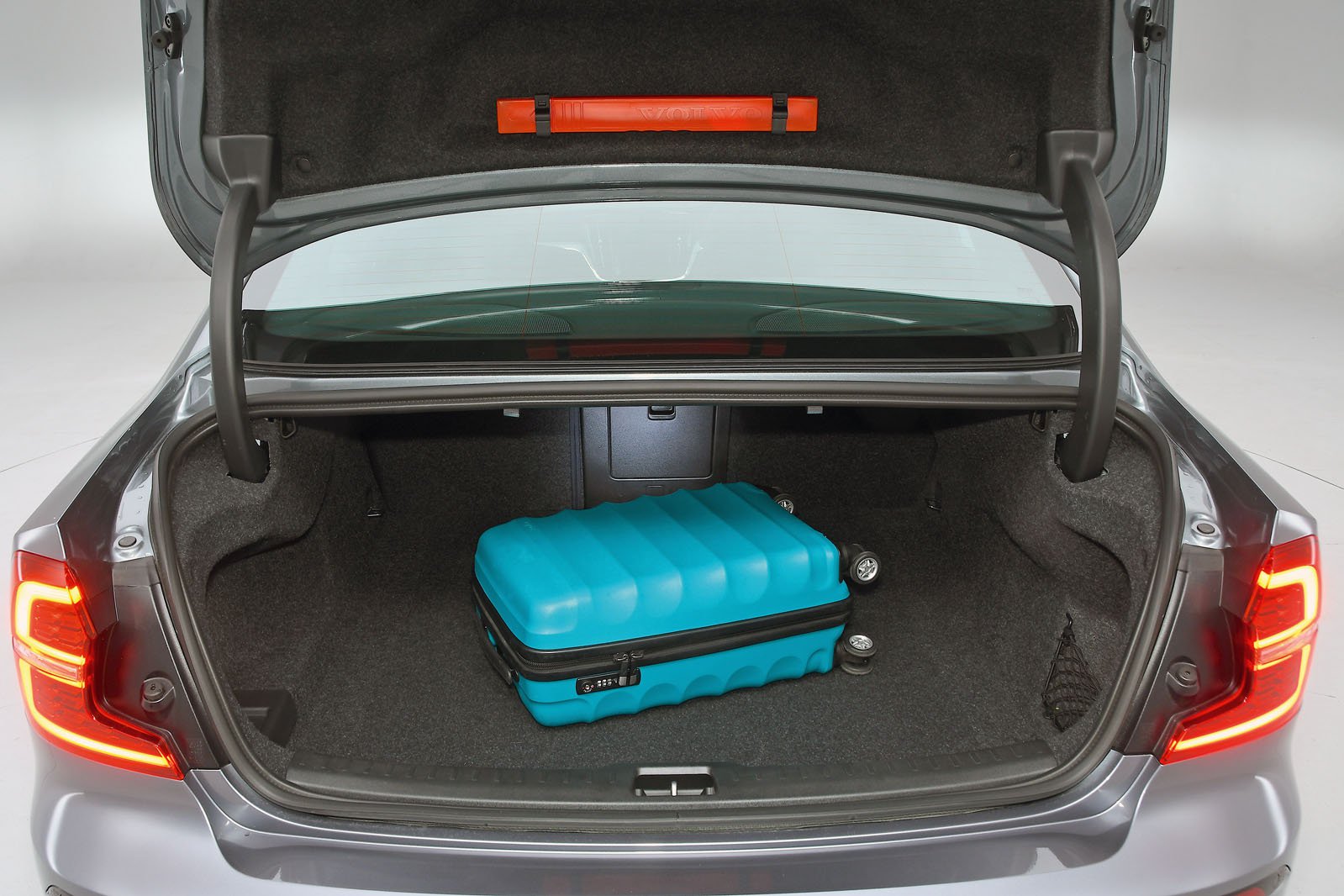 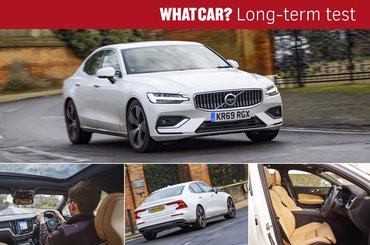