These used estates are all luxurious, hugely practical and available for around half what they cost new, but which is the best buy?...

For many people, the boot is an estate car’s most important feature. However, the V90 doesn’t fare as well here as you might expect, because it has the least room for luggage whether the rear seats are in place or folded down.

The A6 proves a tiny bit more capacious with the seats up and much roomier with them dropped. However, the winner in this area is the E-Class (above). It comfortably beats both rivals for load space, seats up or down, and it has the widest and biggest boot opening. Although the boot isn’t square in shape, there are no intrusions into the space, just cut-outs that can be useful when you want to slot in wider items, such as a set of golf clubs. 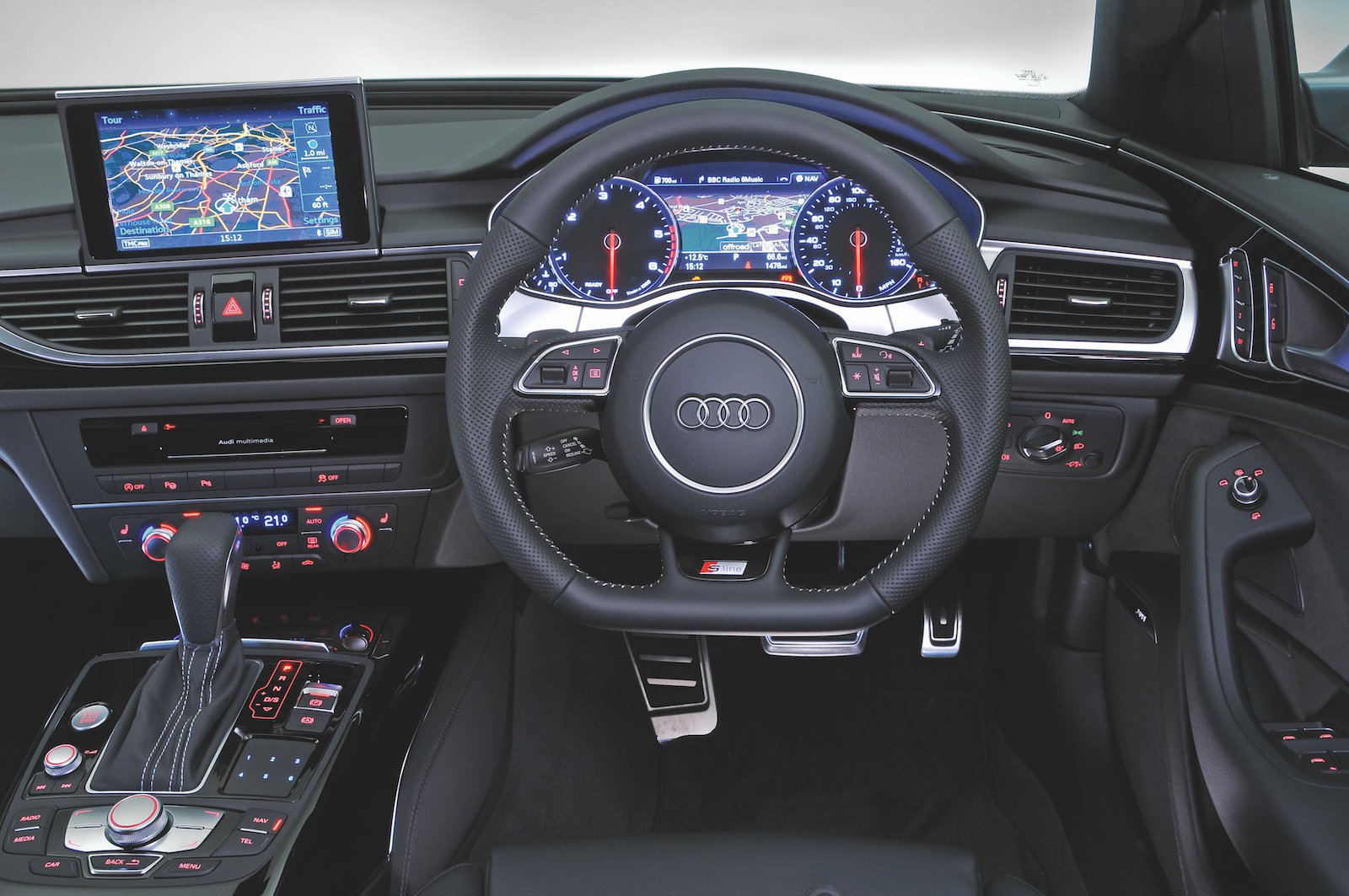 All three estates score points for having electric tailgates and low boot floors with no internal boot lip, plus remote folding rear seats that can be operated from the boot. In the A6, they're spring-loaded and released by pulling levers, while in the V90 and E-Class it’s done electrically by flicking a switch.

There is a slight incline in the extended load bays of all three with the rear seats folded, but there’s no step up, so it’s easy to push long items, such as flat-pack furniture, in unhindered. All three cars allow you to fit luggage separators, dog guards and other storage solutions, too.

The A6’s interior is exceedingly well built, but it’s starting to show its age; in particular, it has a smaller, lower-resolution infotainment screen than its rivals, which really dates the car. Still, it gets the basics right, with a DAB radio, sat-nav and Bluetooth all included. What's more, most functions are controlled by a central dial that’s flanked by four shortcut buttons, making the system pretty easy to navigate. As in its rivals, Apple CarPlay and Android Auto were optional when the car was new; these allow you to mirror your smartphone on the screen. 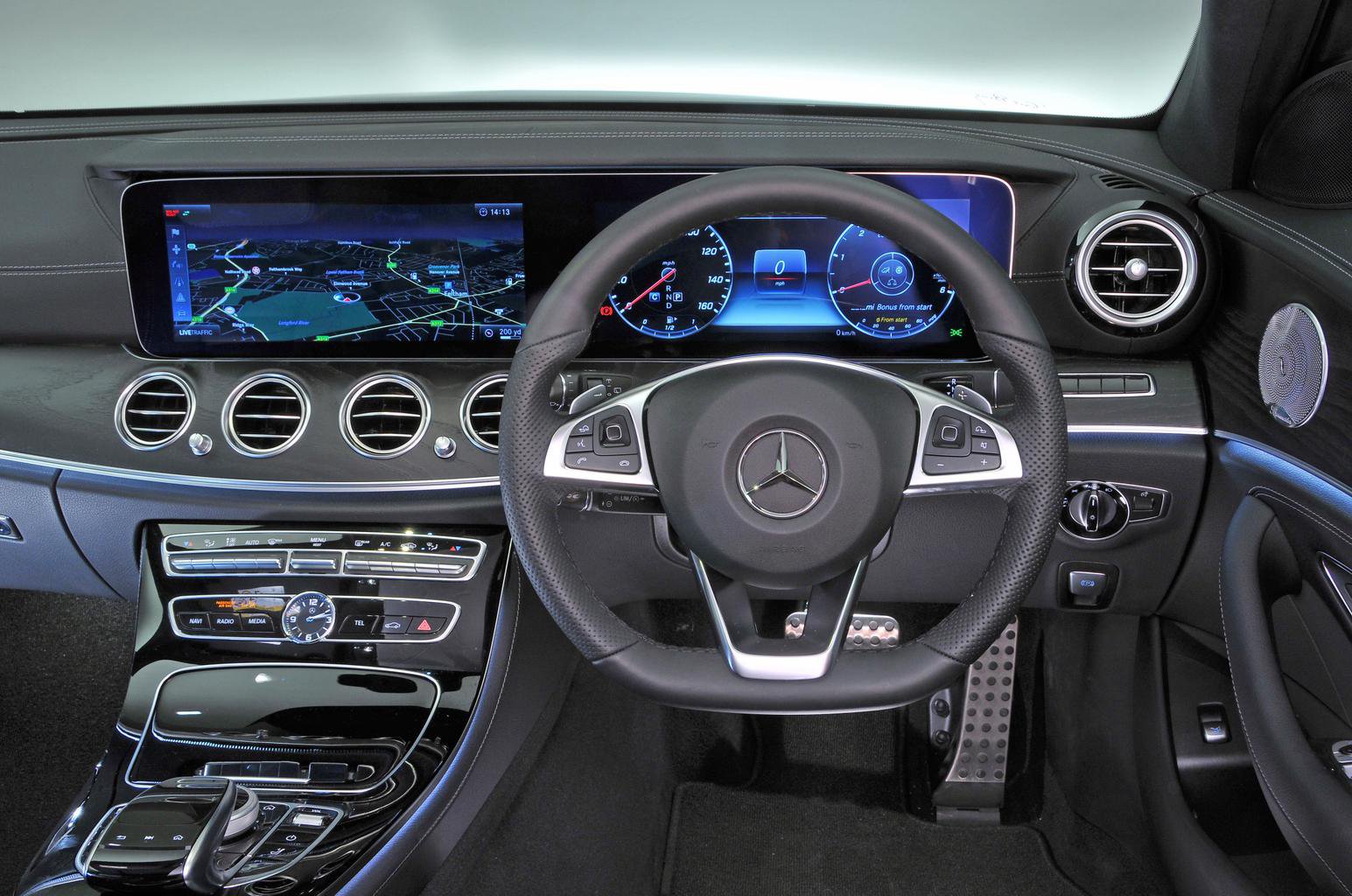 The V90 matches the A6 in having a DAB radio, sat-nav and Bluetooth as standard, plus it feels similarly solid, but in other respects it's a very different beast. Its interior feels more modern, thanks to a crisp digital instrument display and a huge, portrait-orientated touchscreen. However, the latter is far more distracting to use on the move than the infotainment system in the A6; it works much like a smartphone, and there's a reason you're not allowed to use your phone while driving.

As for the E-Class, our car's dashboard was dominated by the optional 12.3in infotainment screen, along with an adjoining digital instrument cluster that was another extra, but even without these it has plenty of wow factor, while once again a DAB radio, sat-nav and Bluetooth are found on all examples. 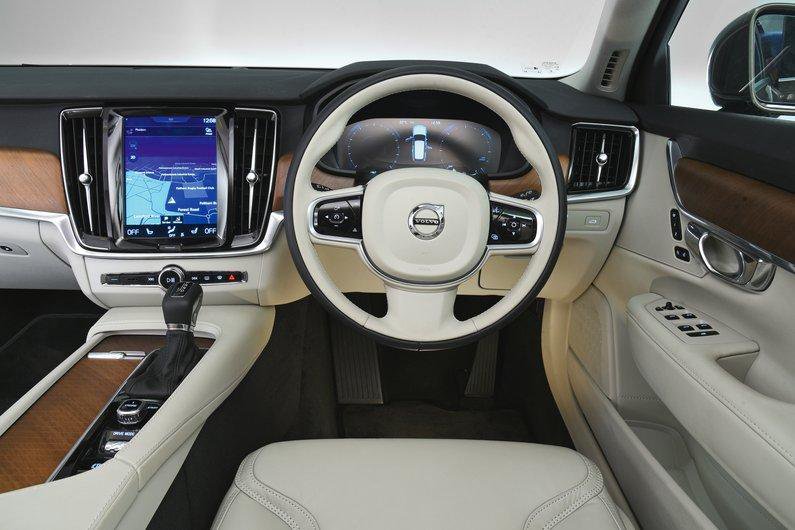 The E-Class's infotainment system is similar to the A6's, with a dial between the seats for scrolling through the various onscreen menus. But while this is a good thing, it's worth noting that the bottom right corner of the screen can be blocked if you sit close to the steering wheel. Similarly, the top of the speedo and rev counter can be chopped off if you have the steering wheel in its lowest position. And as flash as the E-Class's interior looks, there are some surprisingly flimsy-feeling bits of trim.

If you're exceptionally tall, it's worth noting that the E-Class has the most front leg room, although our car’s optional panoramic glass roof (part of the Premium Pack) meant it had the least front head room; the A6 has the most. As for rear seat space, the V90 has by far the most leg room, while the A6 has slightly more than the E-Class, but adults can sit comfortably enough in the back of all three cars.