The BMW 6 Series Coupé and Jaguar XK are both excellent long-distance tourers with a distinctly sporty edge, but which one makes most sense as a used car purchase?...

The 640d is larger and more practical than the XK. True, both cars give the driver a wide range of electric adjustment and plenty of leg room, but there’s more head room in the front of the BMW. The 640d also has rear seats that are suitable for passengers (albeit ones who are under six feet), whereas the XK’s seats are so cramped that they’re best viewed as storage space.

Both cars have good-sized boots; the XK’s is wider, but the 640d's is longer and deeper.

As well as being more practical, the 640d has the classier cabin. Fit and finish are superb; our only slight criticism is that the switchgear is shared with much cheaper BMWs. The XK’s cabin seems solid enough, but its gearshift paddles and screen surround are made from cheap-feeling plastics, while the on-screen graphics look dated.

Most of the systems in the 640d are controlled through a central dial that’s linked to simple on-screen menus, while eight programmable shortcut buttons take you straight to the functions you use most. By contrast, the XK uses a touchscreen with fiddly icons and confusing menus. 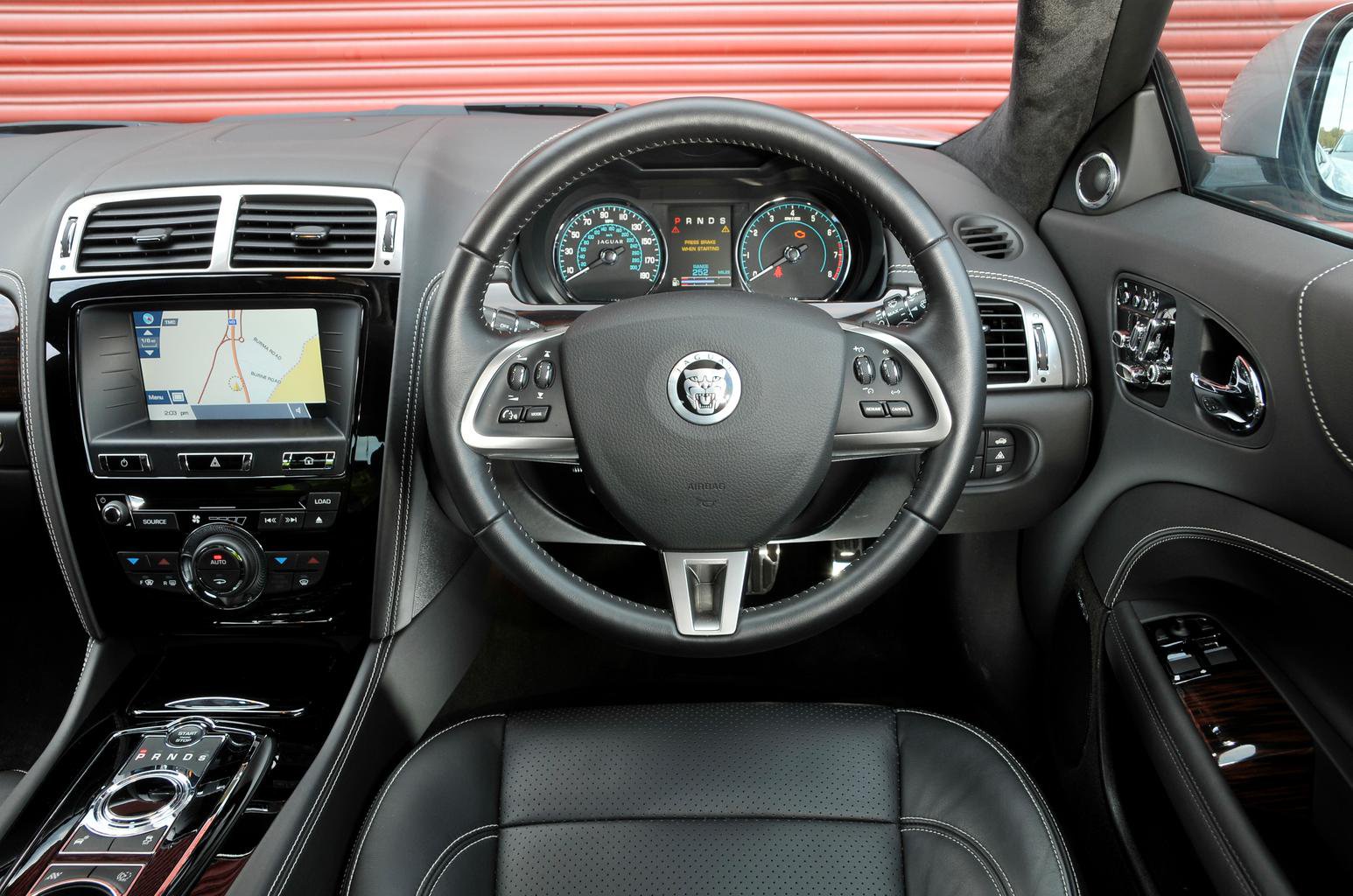 What’s the best luxury car or SUV for access and seat height?