Buy either of these seven-seat SUVs at two years old and you could save more than £10,000. Time to see which deserves your money...

Mainstream badge or not, you’ll expect a reasonably posh interior when spending this much money. You get one in the 5008; the design of its dashboard is suitably dramatic and the materials used throughout mostly feel upmarket. Our only criticism is that some of the interior panels don’t line up quite as well as they might. 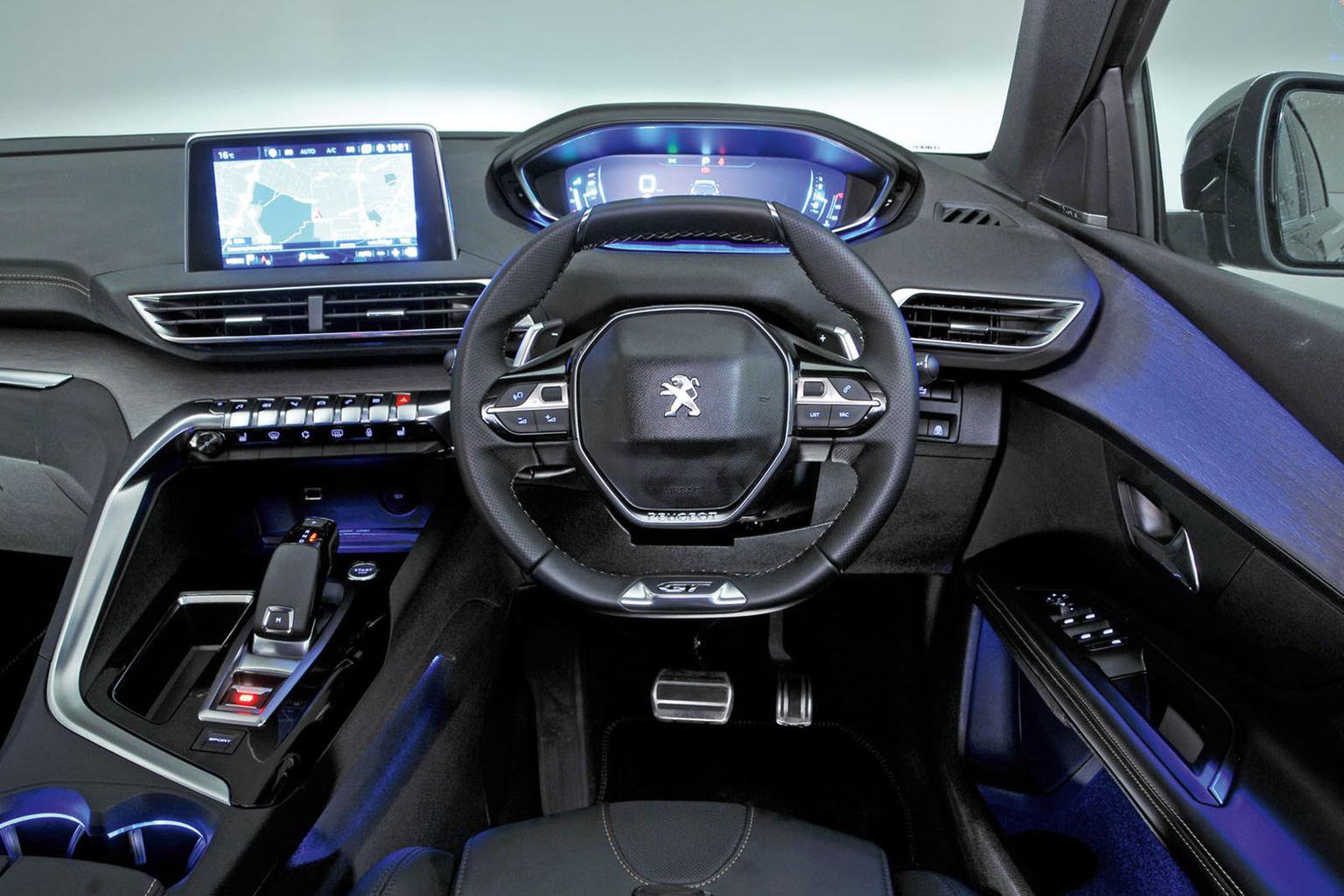 In pure build quality terms, the Santa Fe actually edges the 5008; its interior is rock solid. However, the faux leather on its dashboard feels a bit cheap, and you could easily mistake the leather covering on the steering wheel for plastic.

Both cars have electrically adjustable driver’s seats. Don’t expect Land Rover Discovery levels of space in the third row of seats in either of our contenders, but there’s enough room for taller adults on short trips. The second-row seats in the 5008 and Santa Fe can be slid back and forth. That said, there’s plenty of knee room in the second row of both cars. 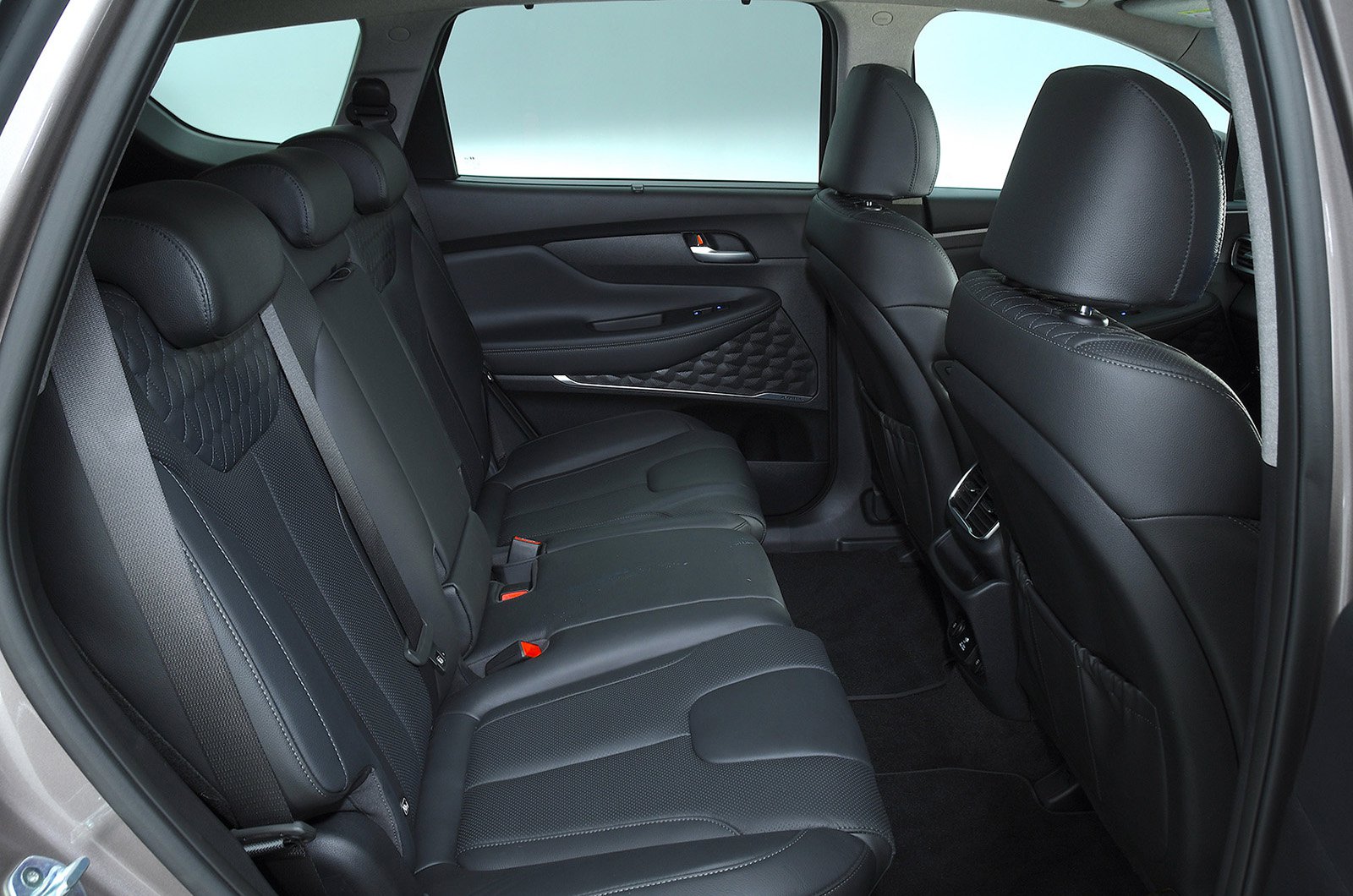 You’d expect the same to be true of head room, given that these are relatively tall cars, but it isn’t. Things are comically bad in the 5008, due to the panoramic glass roof that’s standard on GT trim. A six-footer simply won’t fit without ducking. The Santa Fe (which also gets a standard panoramic roof) has the best second-row head room of the two, although it still isn’t exactly generous.

If you plan to swap seating configurations regularly, the Santa Fe will make your life easiest. Its third-row seats can be raised simply by tugging on a cord and, when folded away again, lie flush with the boot floor so you almost wouldn’t know they were there. The second row, meanwhile, can be folded down electrically by pushing buttons in the boot, but you'll need to haul them back up again manually. 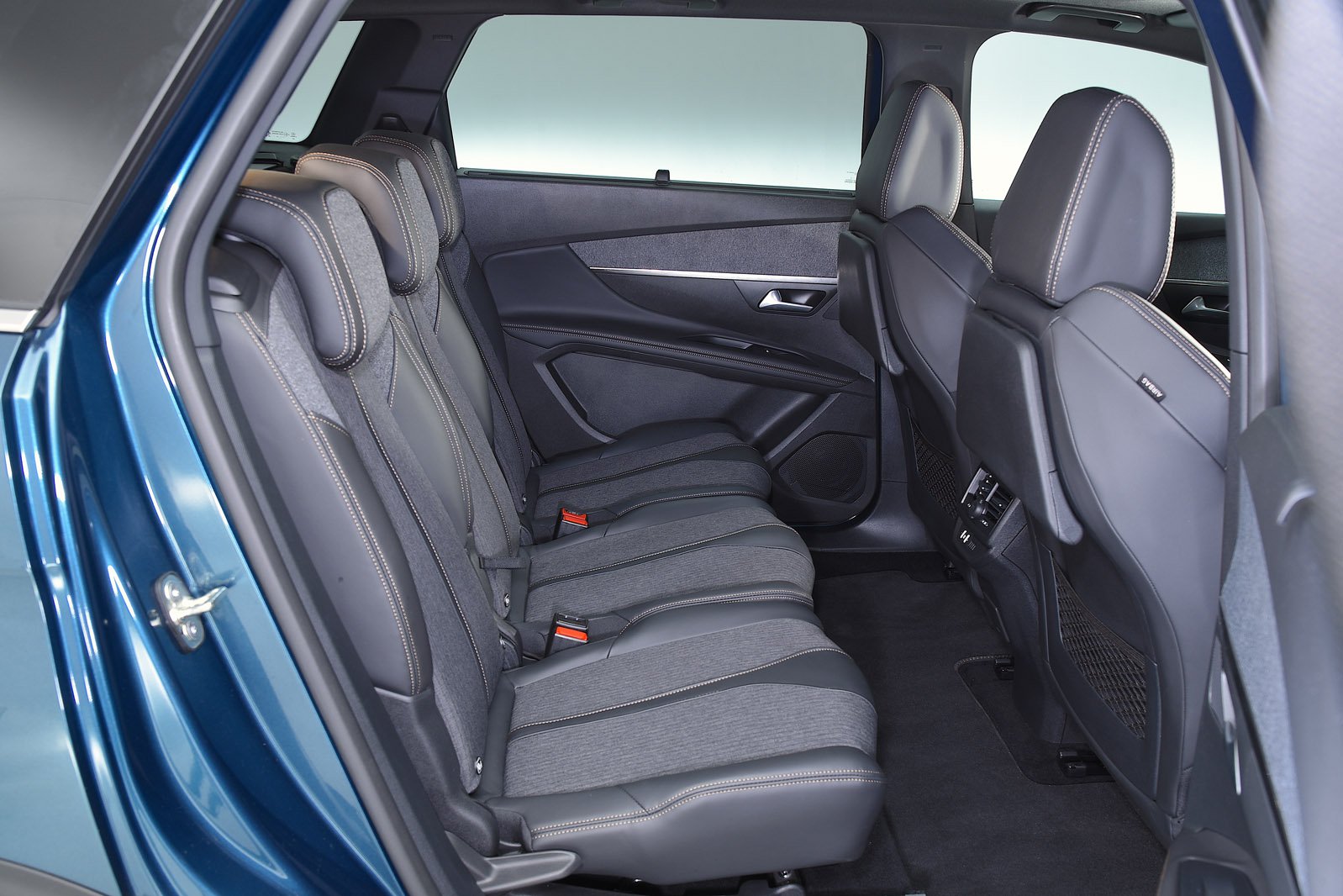 The 5008’s third-row seats are more of a faff to erect, because they’re covered by a flap in the boot floor.