Buy either of these seven-seat SUVs at two years old and you could save more than £10,000. Time to see which deserves your money...

The range-topping version of the 5008 looks temtingly priced in this company.

Large SUVs may have their roots in off-roading, but now they’re the default choice for any family needing to ferry around more than five people. And it’s not just premium-badged models that people are after these days; the last few years have seen a proliferation of SUVs from mainstream brands joining the best sellers.

Hyundai’s seven-seat Santa Fe is one such car, with the latest version – launched in 2018 – being classy and hugely practical. The only downside is that it's priced much higher than its predecessor, but at a couple of year's old it starts to look much better value for money. 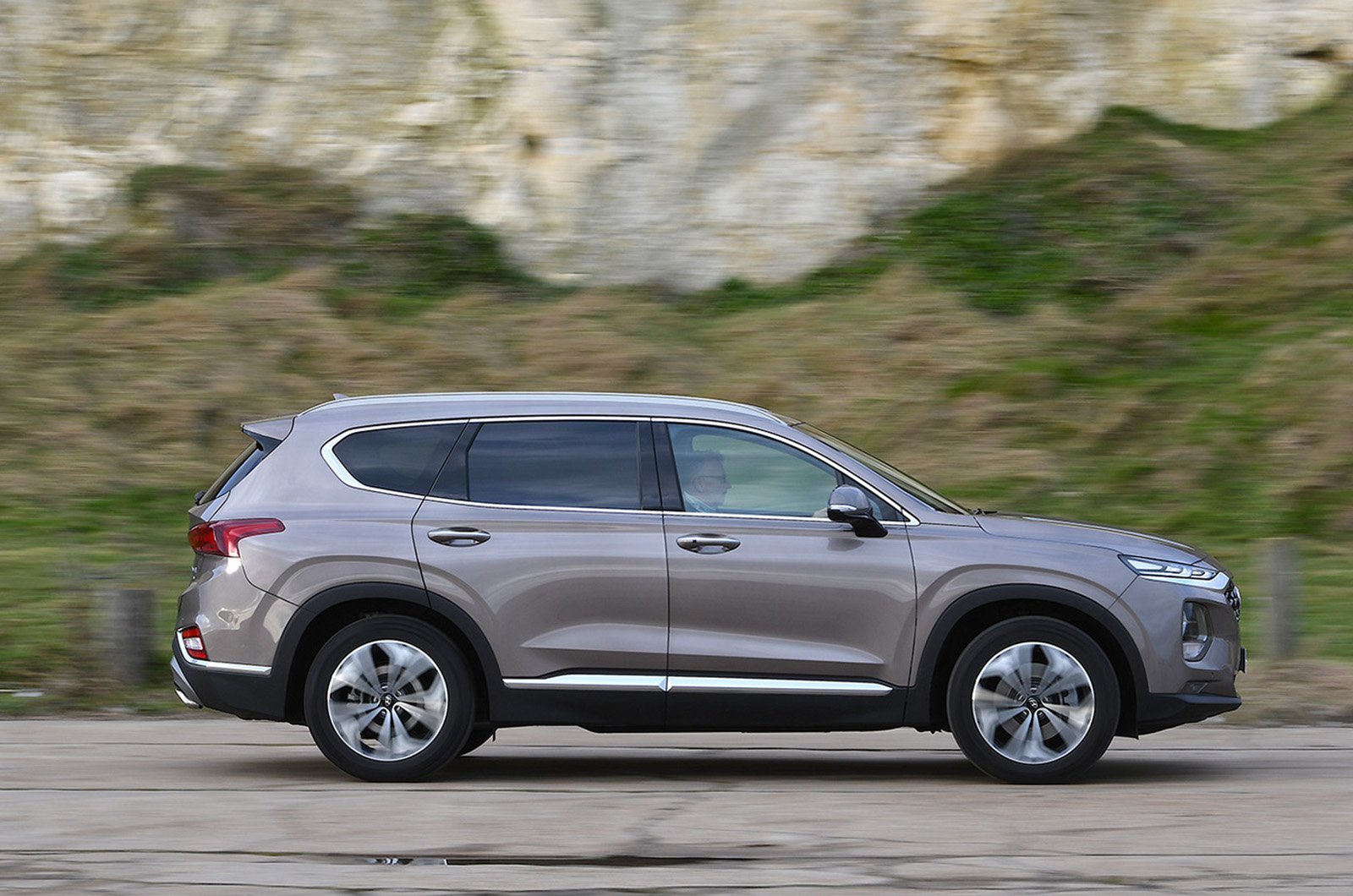 To see just how good the Santa Fe is, we've lined it up against the Peugeot 5008 – a multiple winner of out Large SUV of the Year award as a new car. It's not as large as the Santa Fe, but in the range-topping trims we’re testing both cars in here, it’s usefully cheaper.

So, which to go for? We have the answer.

Unless you work for the Forestry Commission, you’re going to be spending most of your time driving on asphalt, so on-road manners are the priority here.

Fortunately, the 5008 and Santa Fe both stack up pretty well. The 5008 is the more agile; its steering is quick by SUV standards, but it’s accurate and builds weight naturally enough to allow you to place the nose of the car where you want it.

There’s some body lean through tight turns, but less than there is in the Santa Fe. The latter always feels heavier (it’s no illusion), but it’s far from being a wallowy barge. The only disappointment is its steering, which feels unnaturally heavy; this makes positioning the car on the road more of a chore than it should be. 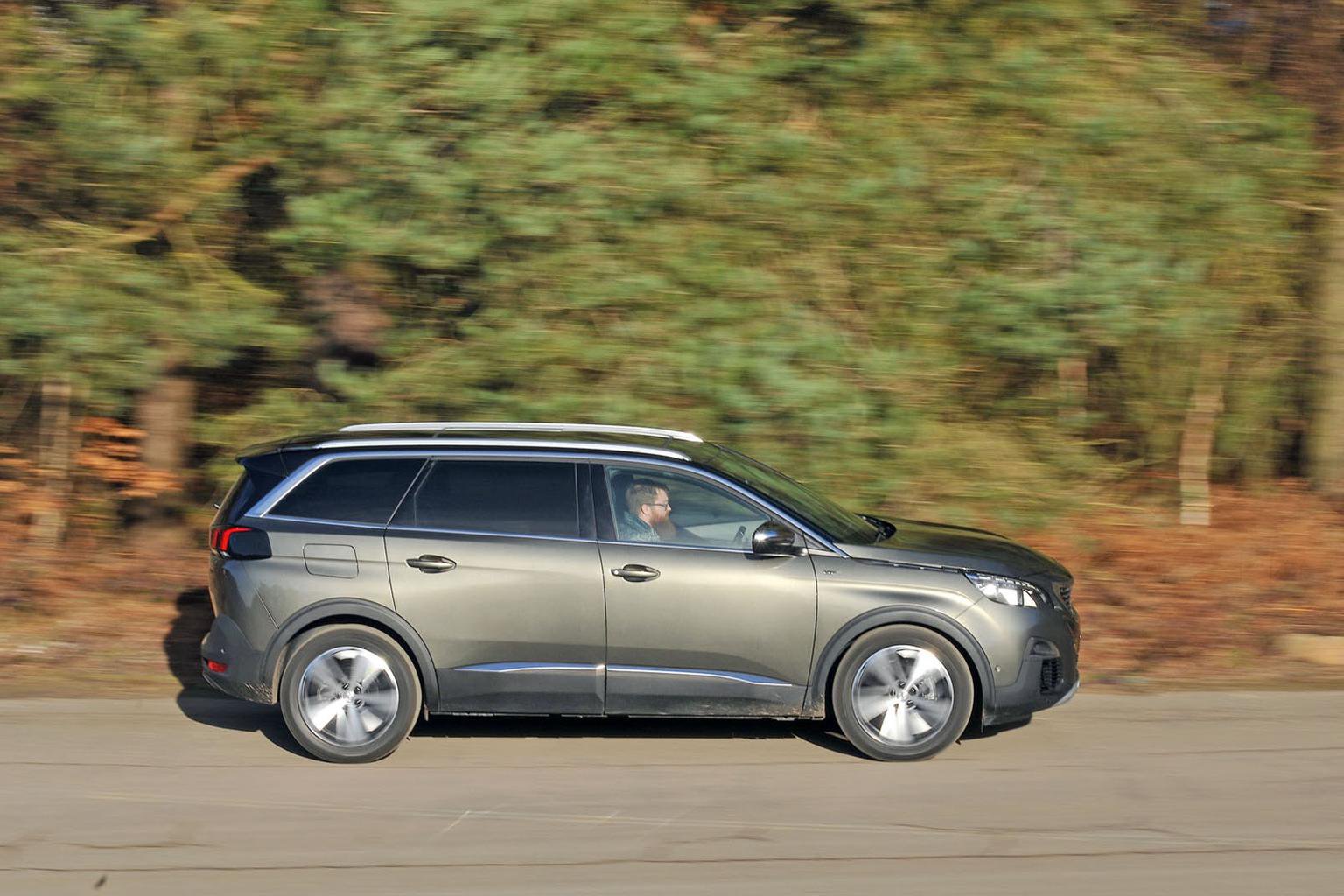 Experience tells us that the 5008 rides more comfortably when shod with smaller wheels, and we suspect the same will be true of the Santa Fe, even though all of the test cars we've tried have had 19in alloys. That’s not to say either car is uncomfortable on the 19s that came as standard on these top-spec models, although the 5008 tends to rock your torso from side to side along uneven roads, while the Santa Fe trips up more readily over bigger bumps and potholes.

There’s next to nothing in it for performance; both cars have comfortably enough oomph to whisk you up to motorway speeds briskly and handle really hilly routes – even with bums on every seat. The 5008 has the better automatic gearbox, though; it responds more immediately when you ask for a burst of acceleration and swaps cogs more smoothly the rest of the time.

If you should venture off-road, the 5008 was available from new with an option that Peugeot calls Grip Control, which swaps the standard wheels for 18in ones with 'mud & snow' tyres. This helps, but the 5008 is still likely to get stuck before the Santa Fe, which has four-wheel drive as standard.  Curiously, though, despite being the lower car, the 5008 has the most ground clearance.