Even large SUVs have to move with the times, and electrification to improve efficiency is the way forward. So, which of these seven-seat hybrids is best?...

You sit suitably high up in all of our protagonists, on driver’s seats with full electric adjustment. All are comfy on long journeys, but you might wish the Highlander’s seat had chunkier side bolsters to stop you from sliding around if the road gets twisty. 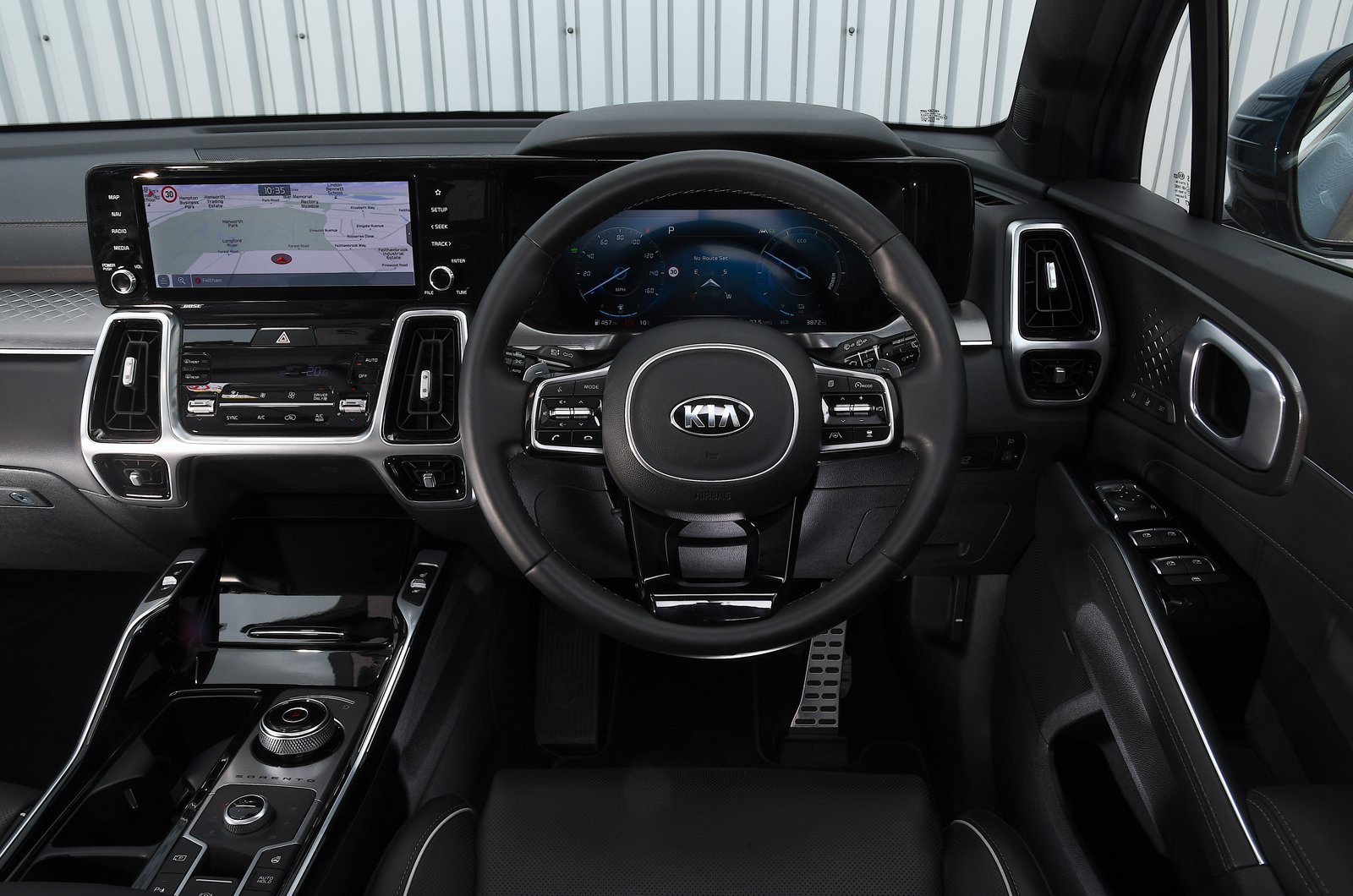 There are no major issues with forward visibility in any of them, and while over-the-shoulder vision is worst in the Highlander, it does have a rear-view camera and front and rear sensors to help with parking. The others go one step further, by adding 360-degree birds-eye view cameras.

Unless you’re hoping for the sort of upmarket materials that feature in premium-badged alternatives such as the Audi Q7 and Volvo XC90, you won’t have too many complaints about the interior quality of any of our contenders. Save for a slightly wobbly centre console in the Highlander, all three cars feel similarly well assembled from behind the wheel. 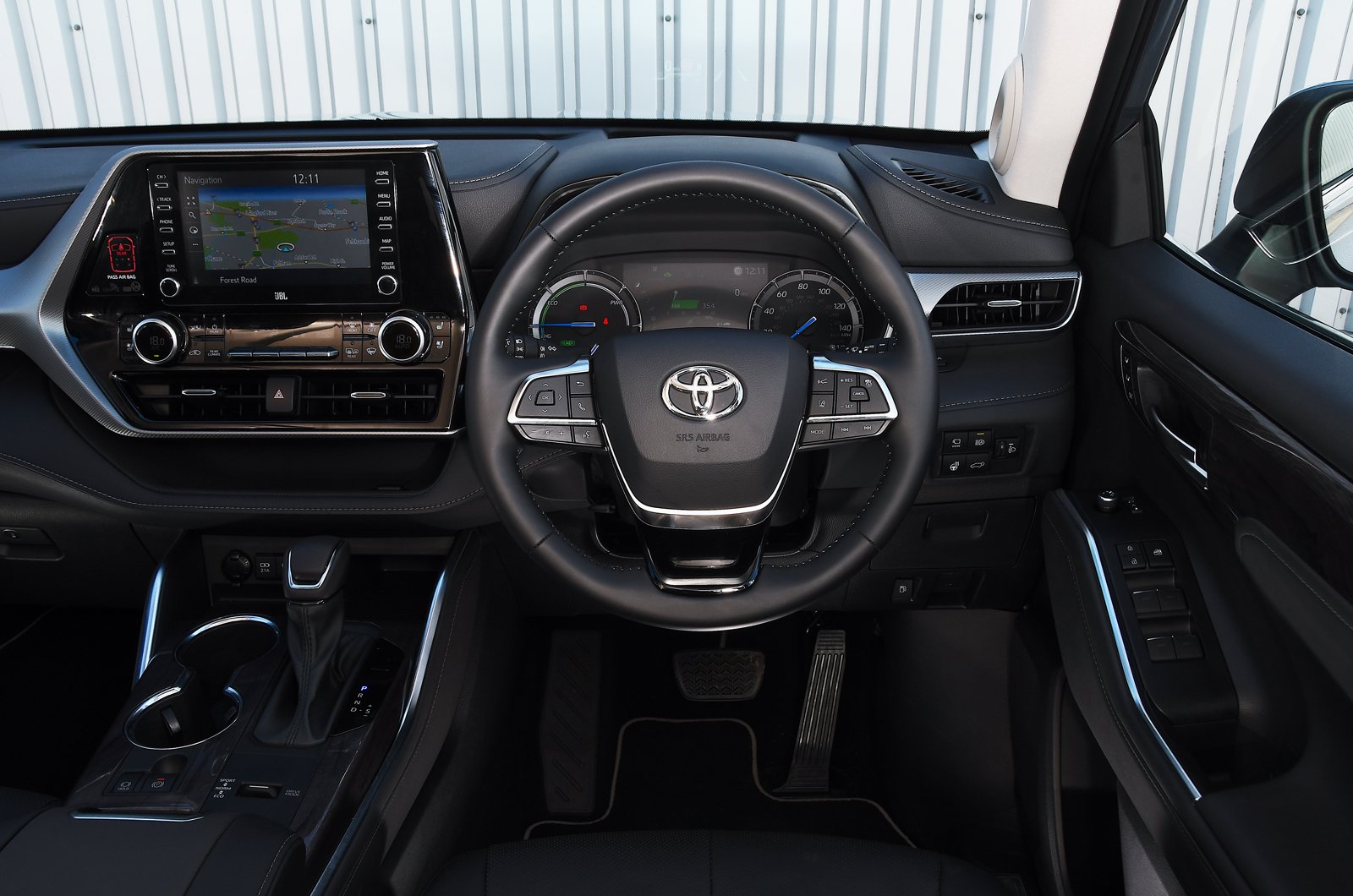 All things considered, the Highlander has the most user-friendly dashboard, thanks to its large, well-spaced buttons and logical air-con controls. The Santa Fe’s centre console, which fences off the driver from the front passenger, is a little overwhelming at first, because it’s festooned with more than 40 buttons. Mind you, once you’ve learnt which does what, interacting with physical buttons is easier than using the touch-sensitive pads that operate certain functions in the Sorento. 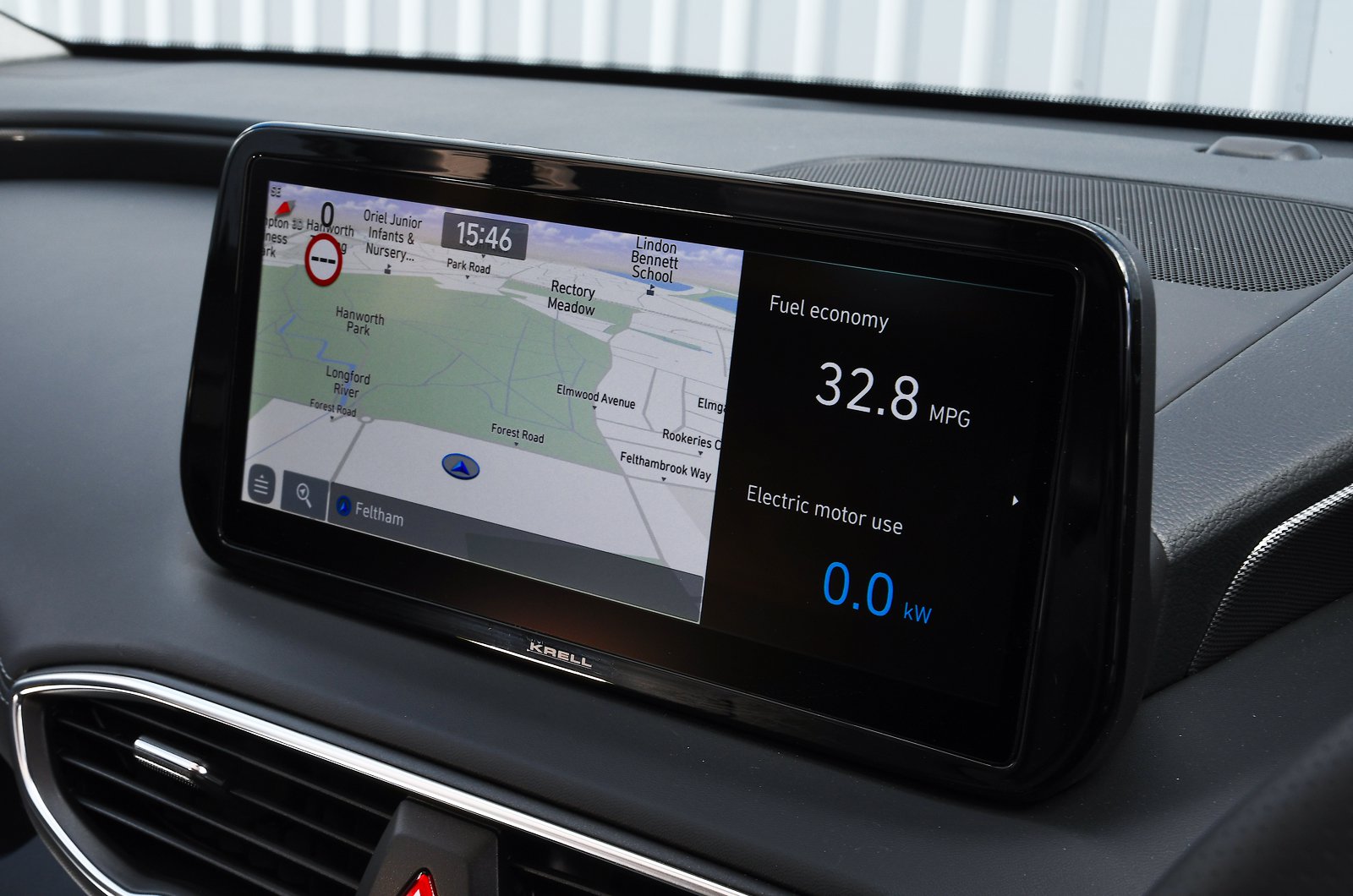 As touchscreens go, the Santa Fe’s is one of the best. The fact that it’s big (10.3in) helps, but it also has a responsive and thoughtfully designed operating system. That means it isn’t too distracting to use. You get lots of gadgets, too, including Apple CarPlay and Android Auto smartphone mirroring, as well as wireless phone charging and a punchy 10-speaker Krell sound system. 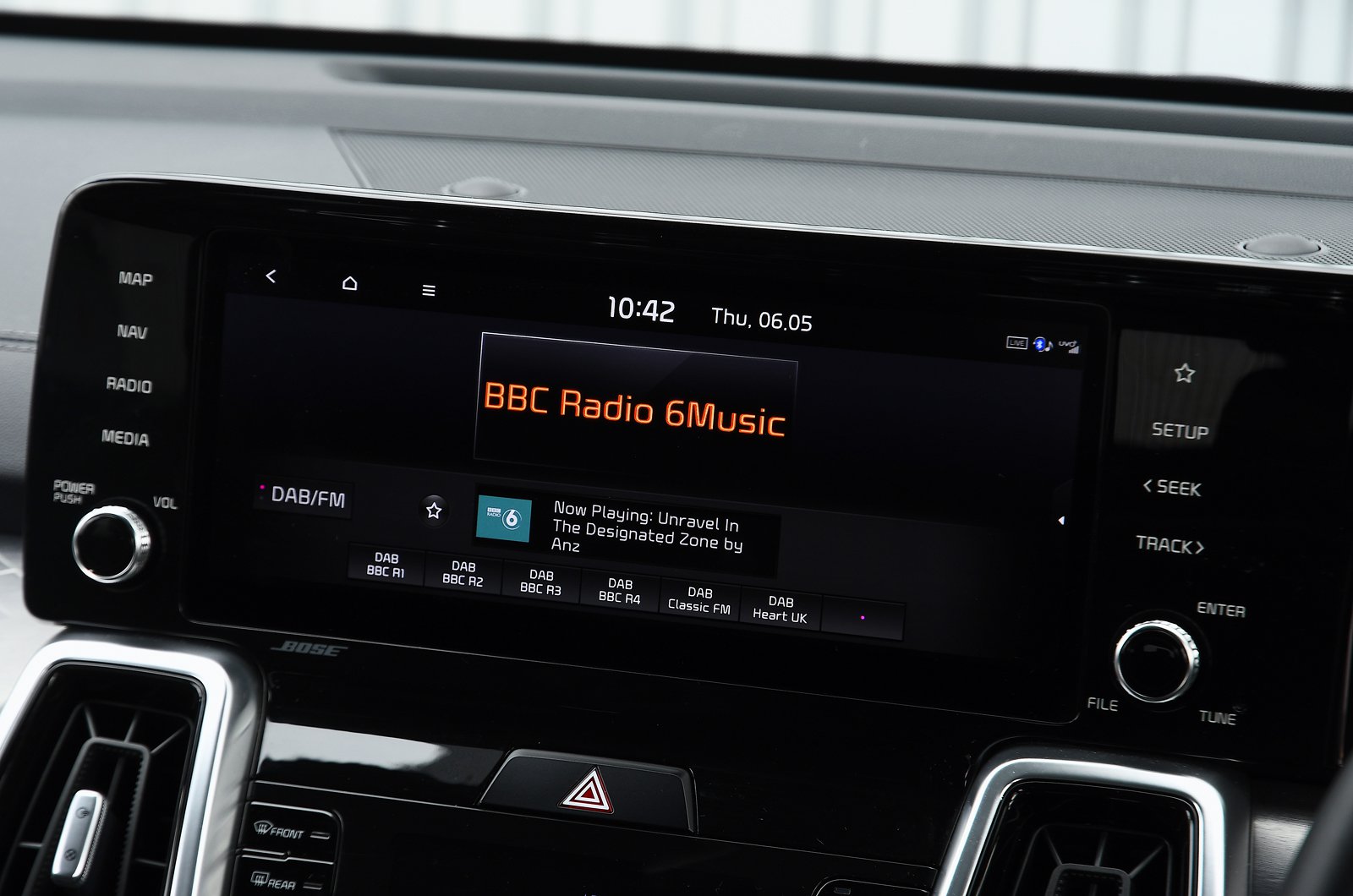 The Sorento uses the same-sized screen as the Santa Fe, and the system is similarly user-friendly. Eight USB ports are on hand, spread across the three rows of seats to enable portable devices to be kept charged. This 4 trim level gets a 12-speaker Bose stereo as standard. Its sound quality outguns the Krell system in the Santa Fe and is roughly on a par with that of the JBL system in the Highlander. 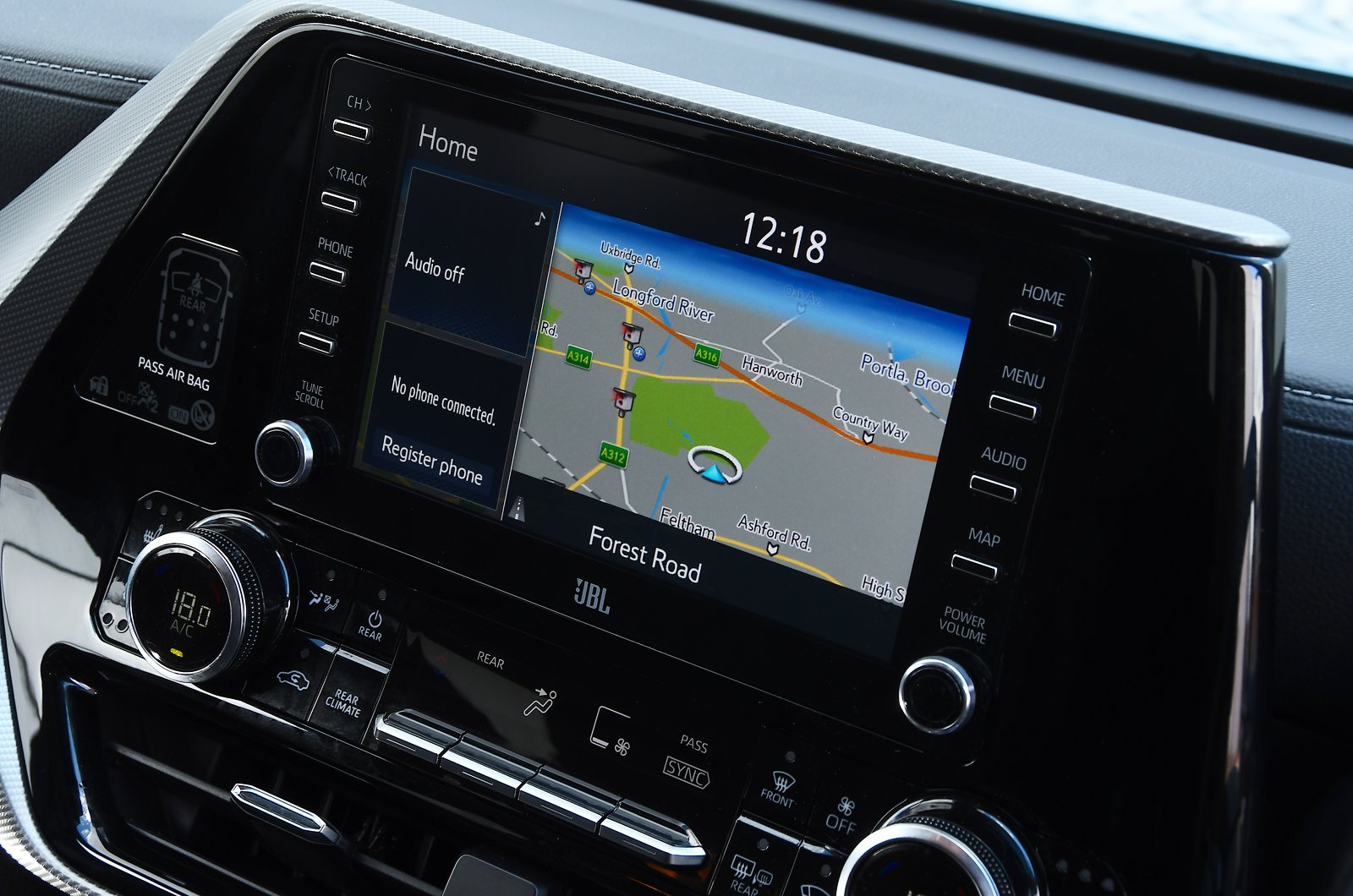 Like its rivals, the Highlander comes with smartphone mirroring for Apple and Android devices as standard; that’s a good thing because it means you can effectively bypass Toyota’s own operating system, which isn’t great. If you do that, you’ll still have to use the relatively small (8.0in) touchscreen, but at least this is positioned nice and high on the dashboard. The standard JBL stereo delivers great sound quality