You can buy either of these two premium-badged SUVs from Maserati and Porsche for under £30k used, but which one will cut a dash on your driveway? We have the answer..... 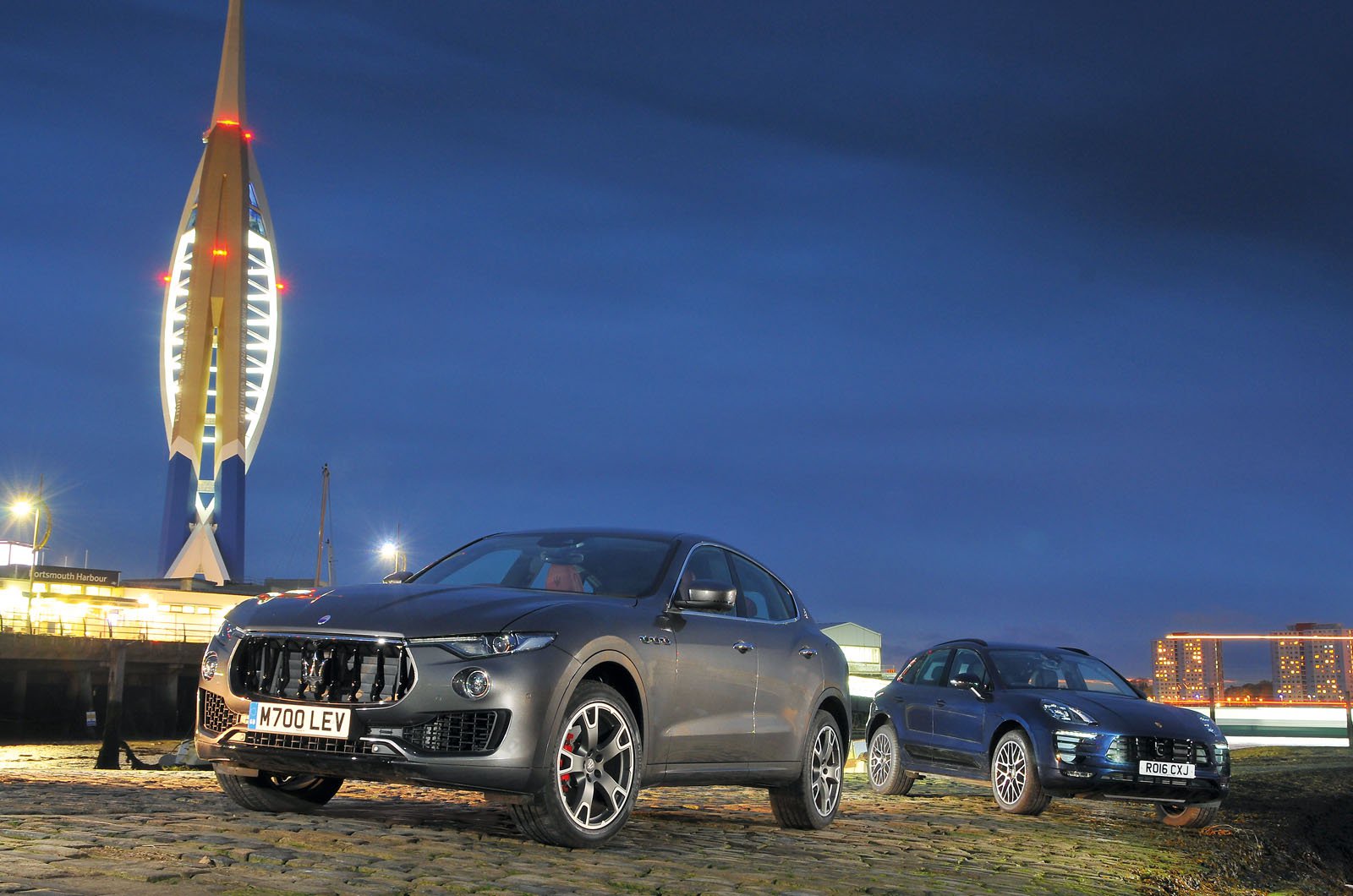 The Macan is smaller, but it's a hoot to drive, classy inside and a bit cheaper.

Years ago the idea of an SUV from a top-drawer sports car maker seemed a ludicrous proposition, but times have changed and now foolish is the upmarket manufacturer who doesn’t have one on its books.

Porsche was among the first to produce a sizeable and solidly luxurious SUV when it launched the Cayenne in 2002. Its next trick was to produce this, the Macan, introduced in 2014 and immediately hailed as the best SUV yet for the keen driver. It went on to be Porsche’s best-selling car in the UK. Meanwhile, Maserati was busy working on its first SUV, the Levante, hoping buyers would be lured in by its style and glamorous badge. 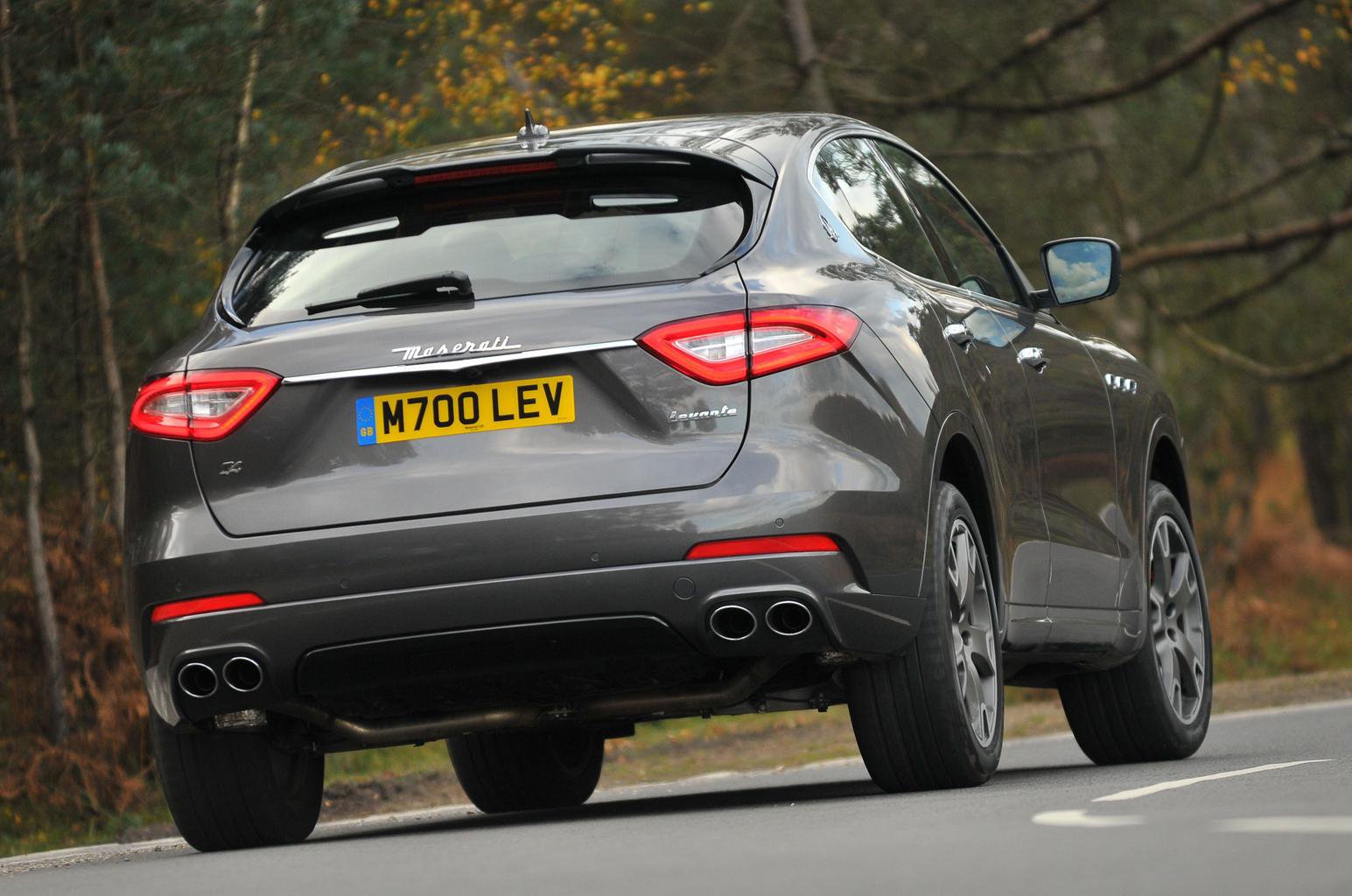 To buy them new cost a fortune, so here we’ve gathered three-year-old examples of each car together, and the savings are considerable. But which one makes the most sense as a used buy? Read on to find out.

Think of a diesel SUV and blistering straight-line pace probably isn’t the first attribute that springs to mind. However, sluggish acceleration isn’t acceptable for cars with such evocative badges on their noses.

Thankfully, both the Levante and Macan come with powerful 3.0-litre V6 diesel engines under their bonnets. Indeed, it should be noted that if you want a diesel-powered Porsche at all, second-hand is now the only way to go: the firm dropped all diesels from its range in 2019. 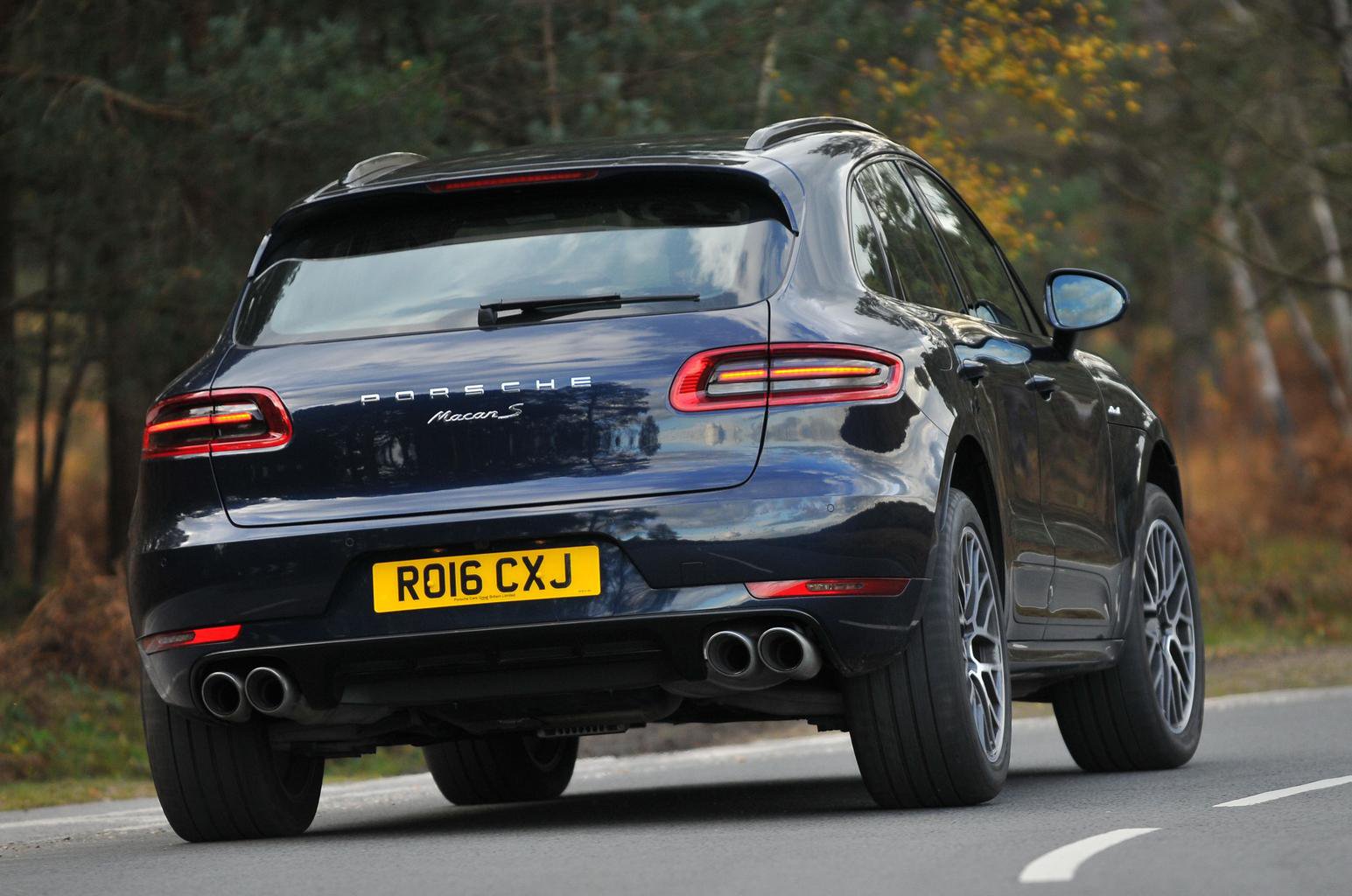 The Levante is capable of a hot hatch-rivalling 0-60mph time of 6.8sec, which sounds brisk until you find out the Macan is capable of dispatching the same sprint a whole second faster. The Macan builds speed much quicker when you accelerate in kickdown, too.

The automatic gearboxes in both cars are smooth. However, the Macan’s delivers snappier changes, and it is more obedient than the Levante’s when you take control by pulling at the paddles behind the steering wheel.

While we’re on the subject of steering, the Levante’s feels too light and artificial. Not only does this make it tricky to place the nose of the car where you want it through a bend, it also means you need to make lots of minor adjustments to keep in the centre of your lane on the motorway. 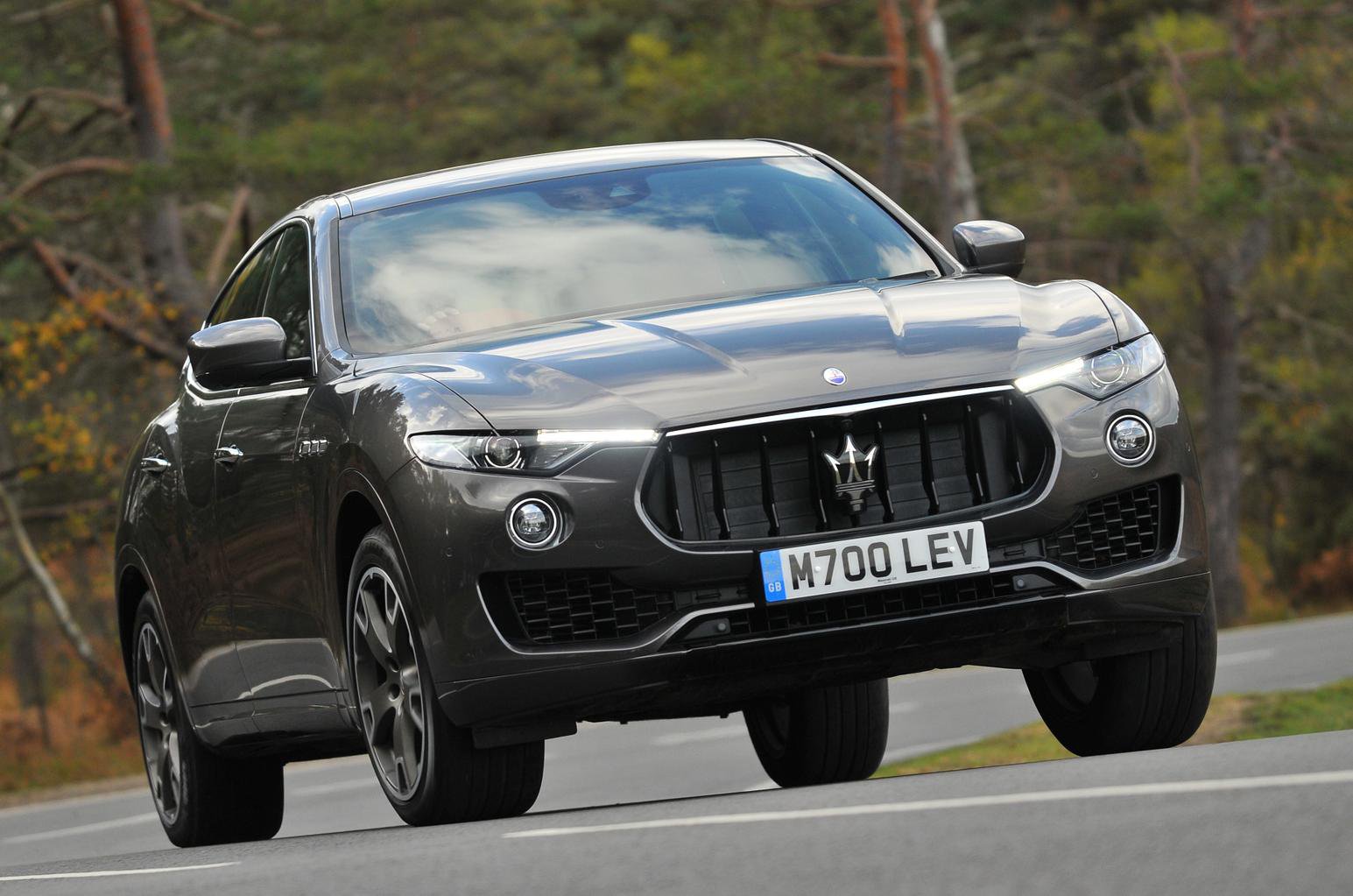 There are no such issues with the Macan; its steering is heavier at low speeds, but you’re rewarded by far more feedback channelling up from the front tyres. There’s no need to make continuous small corrections when cruising at speed, and it’s much easier to place the Macan’s nose exactly where you want it.

Once you’re in a corner, the Macan resists body roll better than the Levante and grips the road better, too. The Levante simply never feels as comfortable changing direction quickly, and it feels like a much heavier car, even though the weight difference is fairly small.

Even when you’re not in a hurry, the Macan impresses more. Both cars have a firm edge to the way they ride over bumps, but the Levante doesn’t isolate you from broken and scarred surfaces anywhere near as well as its German rival. Mind you, our test Macan was equipped with the optional (from new) air suspension, which no doubt helped its cause. 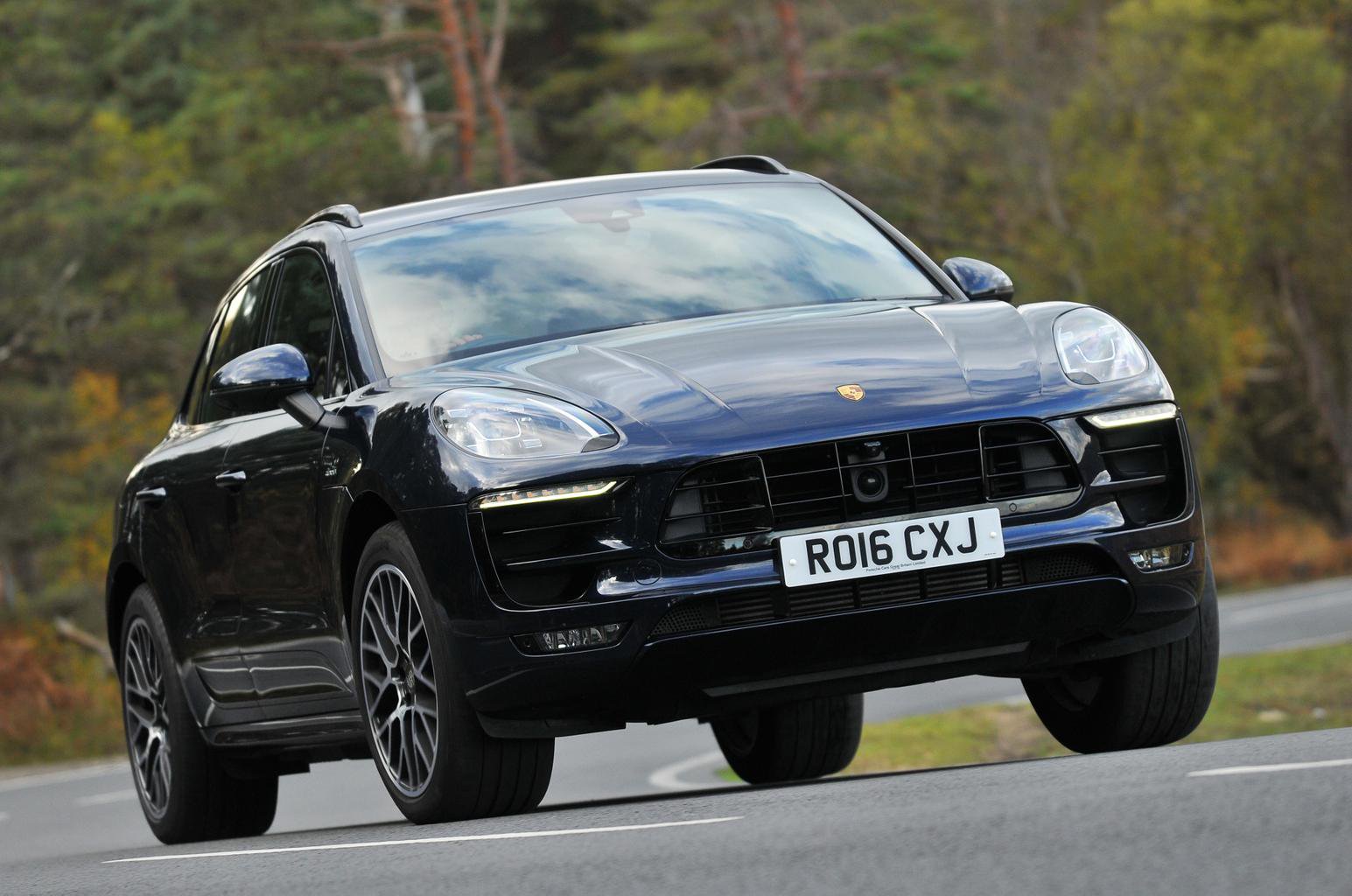 The Macan also has the far smoother and quieter engine; the Levante’s is decidedly coarse and clattery. It’s noticeably quieter inside the Macan when cruising, too, although the door mirrors of both cars do whip up a bit of wind noise.