The Vauxhall VX220 may have less kudos and heritage than the Lotus Elise, but it’s no less exciting to drive. This week, we give one of our all-time favourite roadsters the attention it deserves...

Another week, another Vauxhall review. Only, this time, it’s not a Corsa, Astra or Insignia that’s going under the microscope – oh no. This is a Vauxhall quite unlike any other Griffin-badged car in existence. Yes, it has anti-lock brakes, an airbag and a dealer-approved warranty, but it also delivers a truly intoxicating driving experience that even modern-day track cars would struggle to match.

So how, you might ask, did a manufacturer renowned for producing sensible family transport manage to create one of the greatest sports cars of the early 21st century? Well, it did what any discernable manufacturer would do after getting the green light to build a roadster; it teamed up with the best in the business: Lotus.

To overplay any link with Lotus, however, would be to do Vauxhall a great disservice. The VX220 may have been built at the same Hethel factory as the Elise and Lotus may have even donated its glued-together aluminium two-seater tub. But that’s where the association begins and ends. In reality, the VX220 only shares around 10% of its componentry with the Elise, which goes some way to explaining its unique persona.

The VX220 was ultimately too extreme to be a rival for the Mazda MX-5 or Toyota MR2, so its natural competitor was a car that shared it chassis, the Series 2 Lotus Elise.

To a layperson, these two British sports cars were essentially mirror images of one another: they produced similar power outputs, weighed roughly the same and shared a similar architecture. And yet, the Vauxhall was the far superior car to drive. 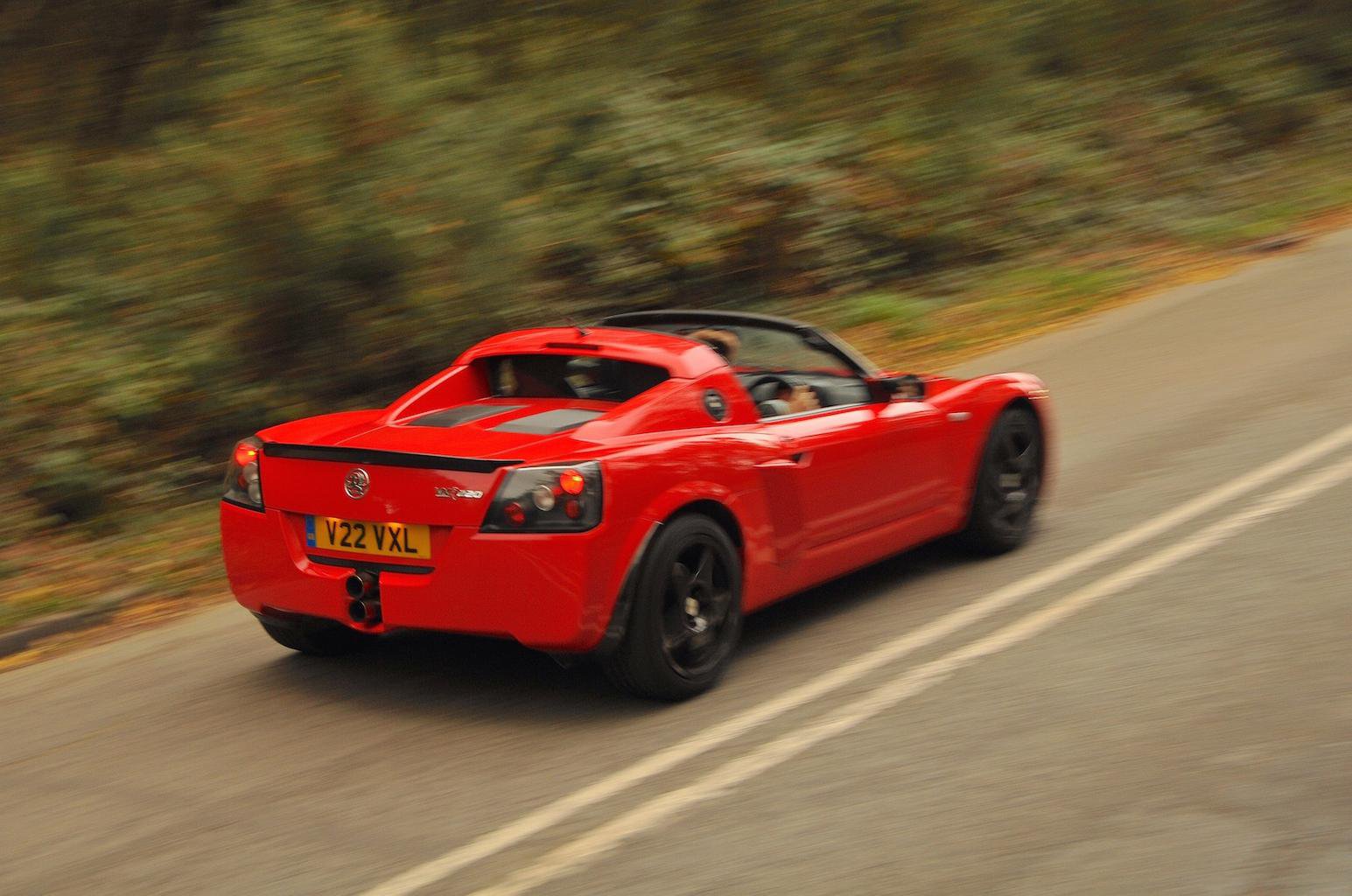 The devil, as it turned out, was most certainly in the detail. While they both made use of Lotus’s innovative extruded aluminium chassis, the VX220 benefited from a 30mm longer wheelbase (the space between the front and rear wheels) and a 20mm wider rear track. This allowed Vauxhall's engineers to dial a bit more playfulness into the chassis. So, while the Lotus exhibited a propensity to push on in the corners, the Vauxhall was more neutral in its stance, resulting in a far more predictable – and therefore more exploitative – driver’s package.

The only weakness in an otherwise flawless formula was Vauxhall’s 145bhp 2.2-litre normally aspirated engine. It was a sweet unit but it didn’t quite have the grunt to make full use of the VX220’s delightfully balanced chassis. Thankfully, the engineering team rectified this lack of power in 2003 with the introduction of the VX220 Turbo. Out went the old 2.2-litre engine, to be replaced by the Astra GSi's turbocharged 200bhp 2.0-litre unit. In addition, suspension tweaks were made to improve the ride, along with extra soundproofing and luxuries such as air conditioning. 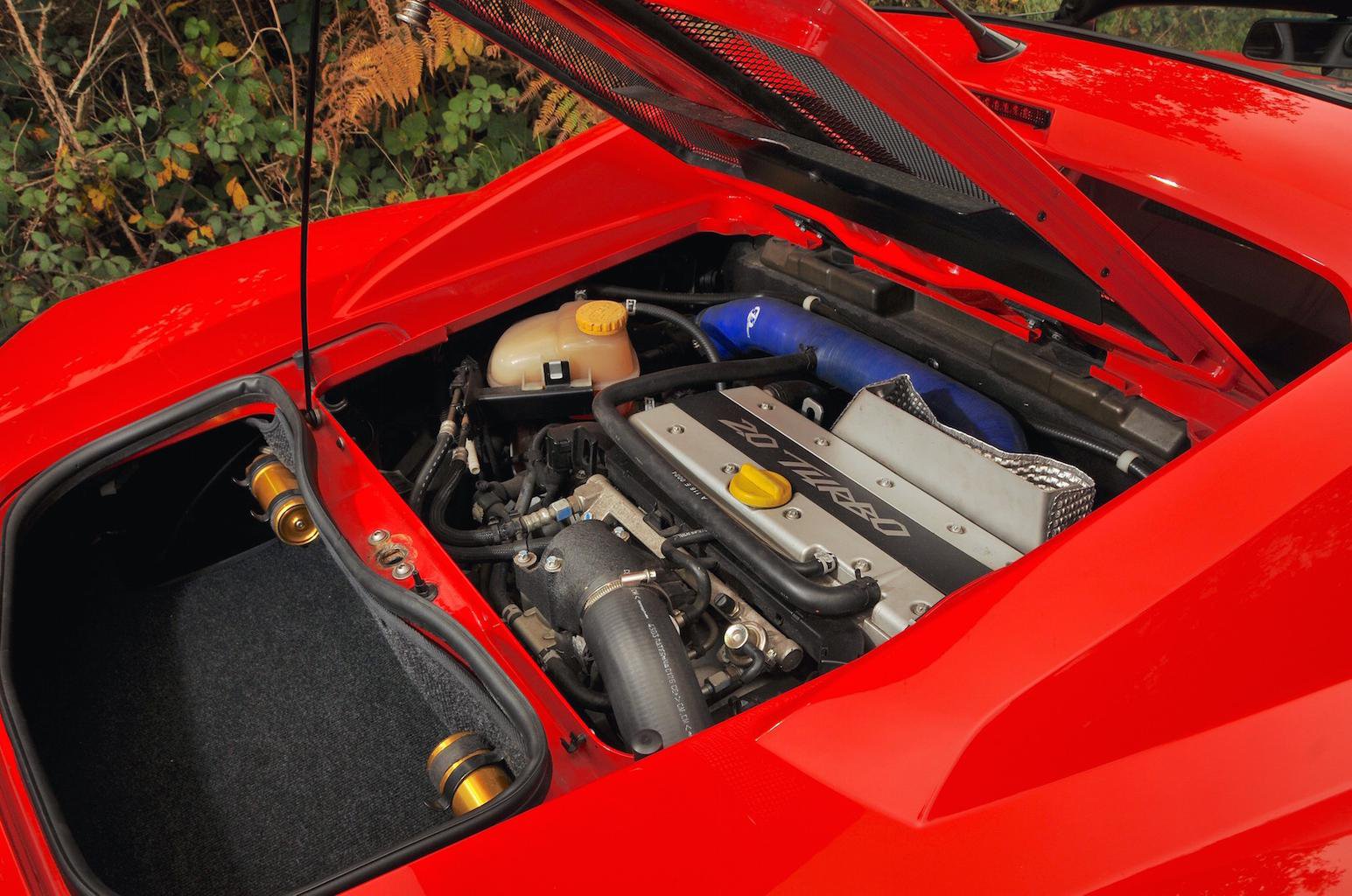 Finally, there’s the car you see here. The VXR220, which arrived in 2004: a limited-run special edition based on the Turbo. The 2.0-litre unit was tweaked up to 216bhp, resulting in a 155mph top speed and a 0-60mph time of just 4.2sec. With stiffer suspension and lightweight wheels, it was more focused than the standard Turbo, but the modifications didn’t detract from its terrific on-road dynamics.

Our 2001 Best Roadster of the Year

The VX220’s domination of the Roadster category in the What Car? Car of the Year Awards was not easily won. For four successive years, the Series 1 Lotus Elise dominated the class, thanks to its purity of design and peerless driving experience. But from the moment Vauxhall unveiled the VX220 concept in the spring of 1999, we knew that Lotus’s monopoly was under threat.

Here was a car that promised a more immersive driving experience than an Elise, with greater practicality to boot (excuse the pun). 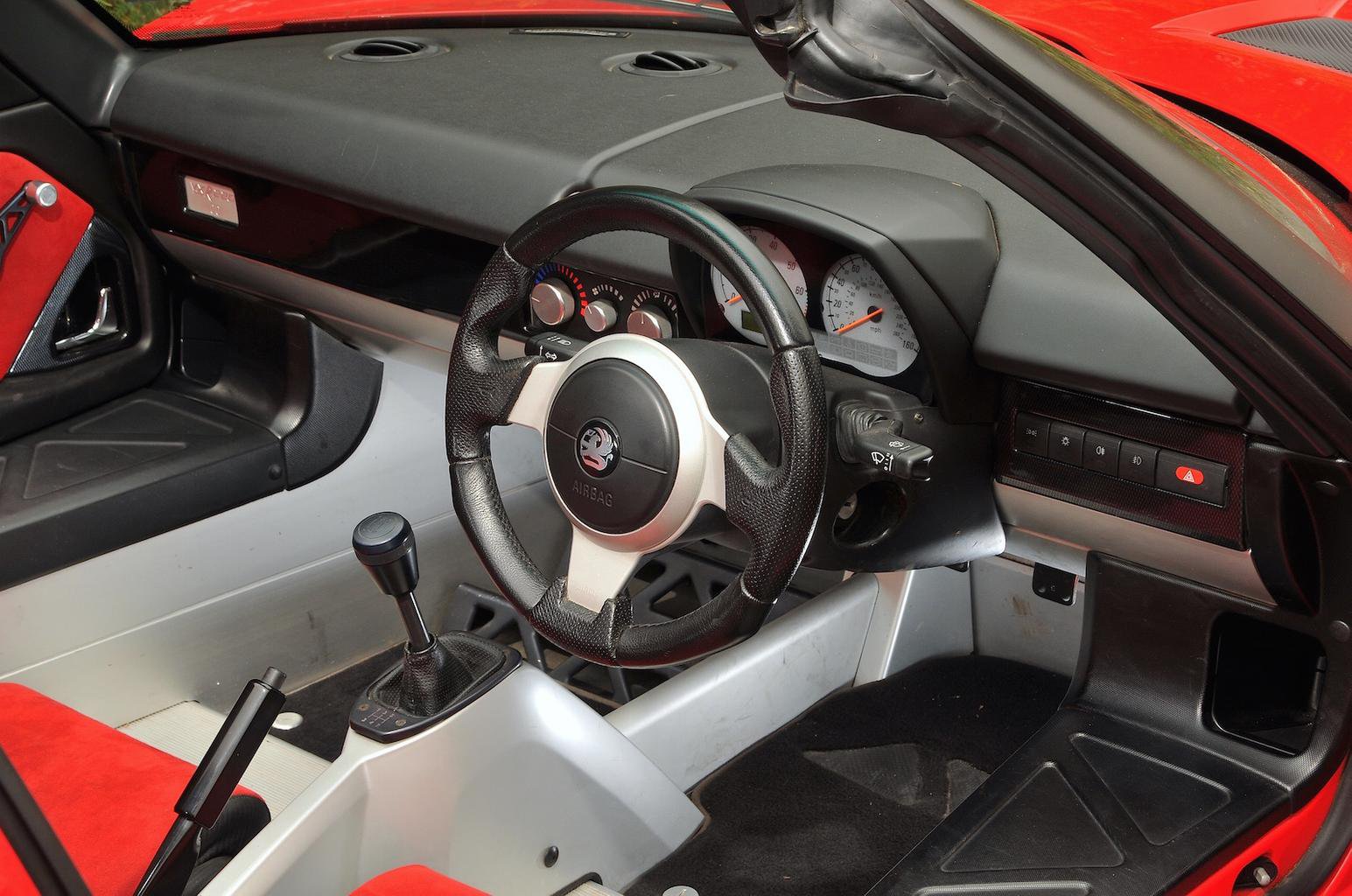 As you can see from our 2001 review, Vauxhall delivered:

“Vauxhall insisted that getting in and out of its roadster should be easier [and] the company also demanded a hood that is easier to fold and stow than the Elise’s, plus a little more space in the tiny boot behind the engine.

"It’s a tribute to the finished job that the latest Elise adopts some of the same solutions. Anti-skid brakes and a driver airbag, both unavailable on the Lotus, are fitted to the VX too.

"The Vauxhall is less pointy-sharp than the Lotus where one bend flows into another then another, but it’s also less nervous. It rides more smoothly and stops more surely, too, demanding less pedal effort while removing the threat of lock-up. And the VX’s 2.2-litre 145bhp engine, taken from the Astra Coupe, has a more lusty mid-range and sweeter tone than the 1.8 in the Lotus, enhancing driveability despite having more weight to pull.

"None of this dulls the sensations when you stride over the sill, push the button that fires up the engine, clank the gearlever into first and go in search of some quiet roads. Strapped in, stretched out, surrounded by the minimalist bathtub of a cabin, and fed a stream of information through the steering wheel, seat and pedals, your body will thrill to every mile.

"We reckon it even looks better than the Lotus. Mission accomplished.”

A pretty convincing win. And yet, an even greater compliment to Vauxhall’s success was that the VX220’s appeal didn’t wear thin, with the two-seater going on to win our Roadster of the Year accolade in both 2002 and 2003.   ***

Back in 2001, we praised the VX220 for its superior practicality over the pared-back Elise. And yet, driving the car today, it’s hard not to wonder if the What Car? team were clutching at straws. With the roof on, climbing over the sill to get into the low-set seat requires the kind of dexterity that would trouble an Olympic gymnast (imagine folding yourself into the boot of a typical family saloon and you get an idea).

However, the benefit of this hard-fought battle to gain entrance to the cabin is a driving position that is almost central. This provides you with remarkable levels of visibility, allowing you to place the car exactly where you want when scything through town. Non-assisted steering is a small bugbear when manoeuvring into or out of a tight parking space but, once out on the open road, the old-school set-up makes perfect sense. 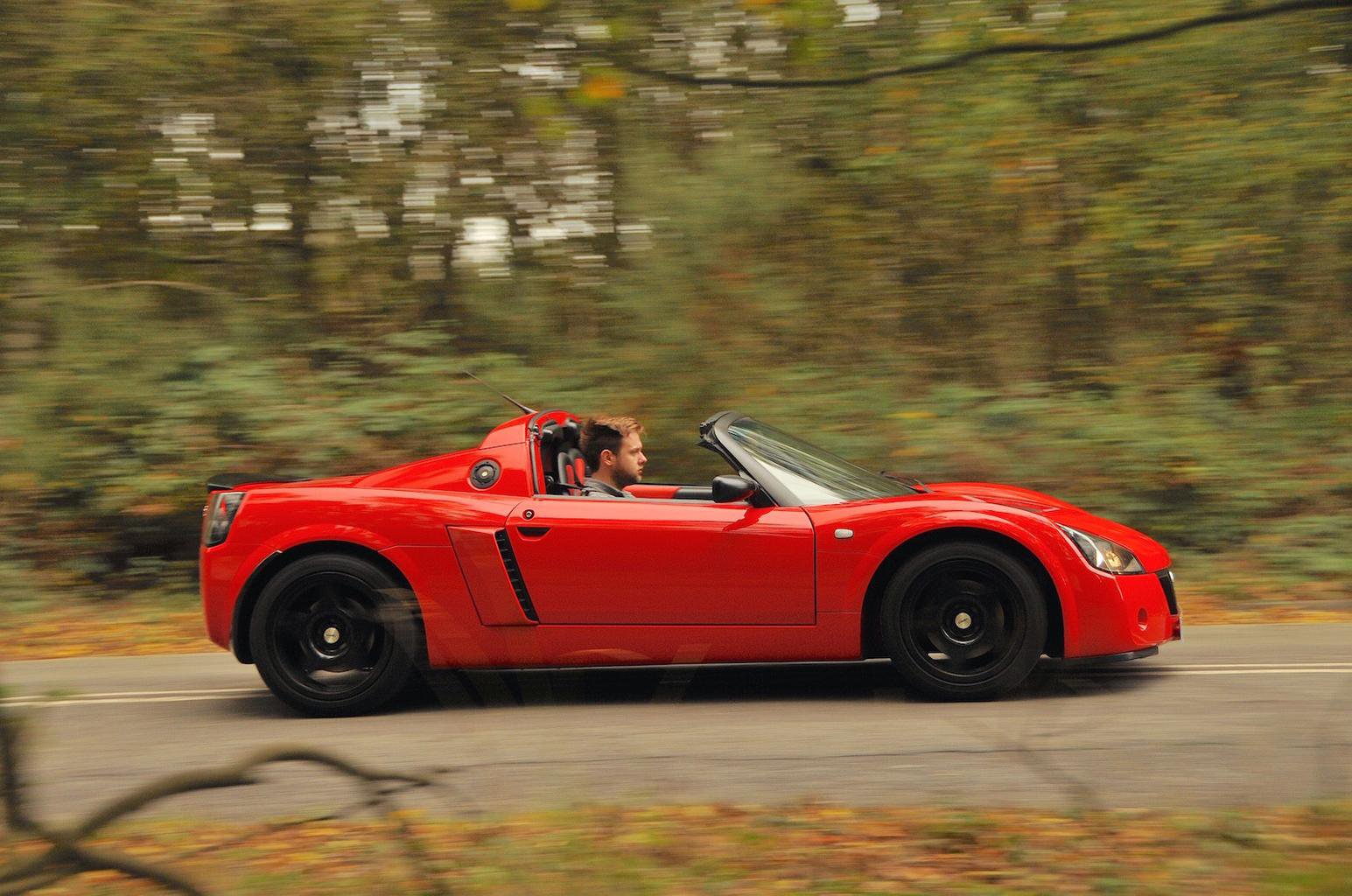 You see, the VX220’s steering (we'll refer to it from now on as the VXR220, as we tested the latter) is right up there with both the Caterham Seven and Elise. The petit steering wheel feels just right in your hands and allows you to guide the car into corners with an accuracy and efficiency that wouldn’t feel out of place in a purebred race car. The Vauxhall almost seems weightless as you guide it from bend to bend, each small input resulting in quick but carefully metered direction changes.

This transparency allows you to push the VXR220 right up to its limits without the car feeling edgy or nervous (a rarity in mid-engined sports cars) and the well-damped suspension ensures that the car stays controlled over even the most severe crests and compressions. Granted, the VXR220 that we’re driving here, received a slightly firmer set up than the standard car, but it still flows down the road with a deftness that is simply missing from other track-focused regulars such as the Ariel Atom and KTM X-Bow. 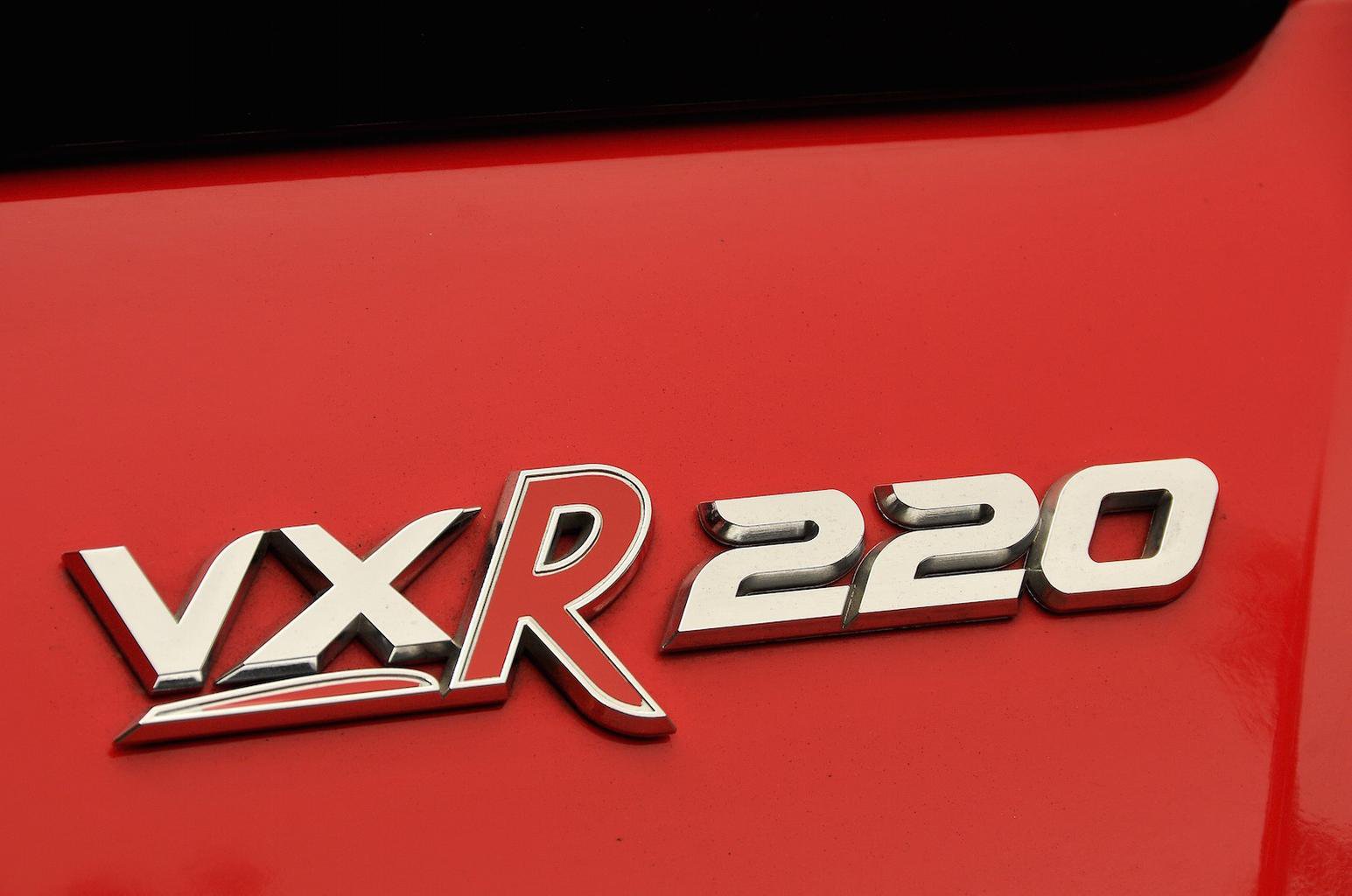 The VXR220 also benefits from another upgrade that isn’t quite so subtle – a tweaked version of the Astra GSi's turbocharged 200bhp 2.0-litre motor. It’s not the most sonorous of engines (some might even call it industrial) but there’s no arguing with the way it fires the car down the road. Plant your foot and, after a brief delay, it picks up its skirt and accelerates with an intensity that only sub-one-tonne cars seem able to muster. Even the slightly notchy gearshift doesn’t detract from the car’s all-round brilliance.

Vauxhall would be the first to admit that the VX220 wasn’t the success it had hoped it would be. Despite wearing a sharp suit, packing a supercar performance and offering fantastic handling, the roadster never caught the imagination of buyers. Purists derided its lack of heritage, while conventional buyers looking for a fun and practical roadster bought a Honda S2000 or BMW Z4 instead. 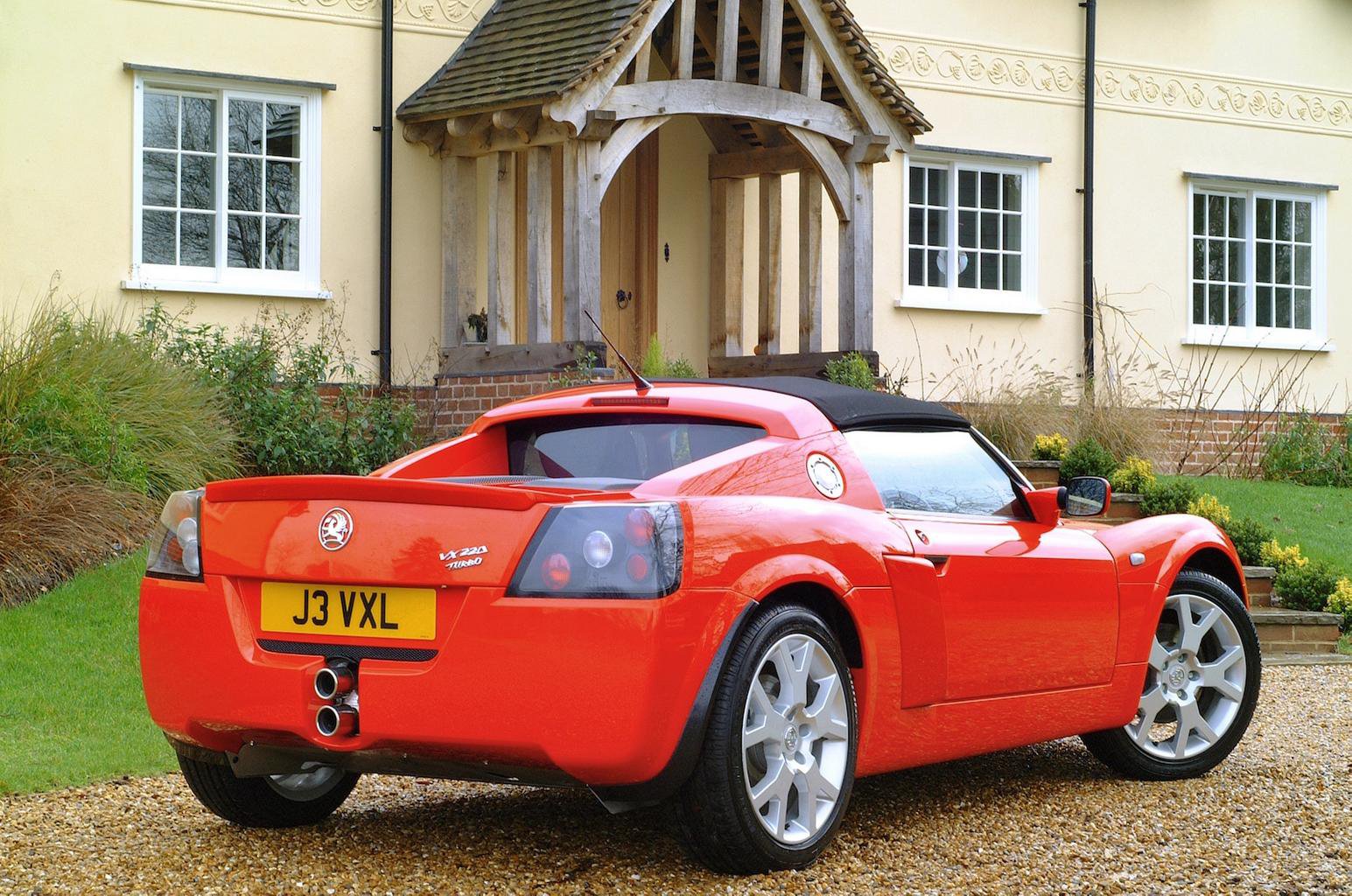 A VXR220, like the one we experienced, is a far rarer car, with only 65 produced. Very few come up for sale, so expect to pay upwards of £25,000. And we’d also recommend holding on to it, as demand for these limited-run soon-to-be-classics is on the rise.

As always, when on the lookout for a track car, check for accident damage. Ideally, it is safest to pay a specialist to come out and inspect the car with you. But if you are mechanically astute, there are many owners’ forums that can tell you what to look for.

Like the idea but want something more exotic than a Vauxhall? Don't worry, because there are plenty of exciting used sports cars that are available at competitive prices. These are our 10 favourites – and the models we'd avoid.

It might feel a bit cheap and flimsy inside, but there’s no faulting the driving experience offered by the Lotus Evora. Both the standard, naturally aspirated car and the supercharged ‘S’ deliver scintillating performance and, with Lotus’s typically excellent chassis engineering behind it, the Evora is also superb to drive. You might have to put up with a little more engine and road noise than some rivals, mind you.

Gullwing doors, striking looks and an earth-shattering V8 soundtrack – what’s not to like about the Mercedes SLS? Well, the price, for starters, and you might not be a fan of the interior, which feels too much like the lesser SLK's. But if you can stretch to an SLS, you’ll soon forget the latter quibble once you’re out on the move, with the sledgehammer shove of the V8 propelling you along and the SLS’s vast grip catapulting you around corners.

The Evora’s little brother, the Elise has always nailed its target audience. Its ethos is as a pared-down roadster with lightness and involvement front and centre, so don’t expect much in the way of equipment. But if you want a two-seat sports car that offers the ultimate lightweight driving experience with a modicum of usability, there’s little better. 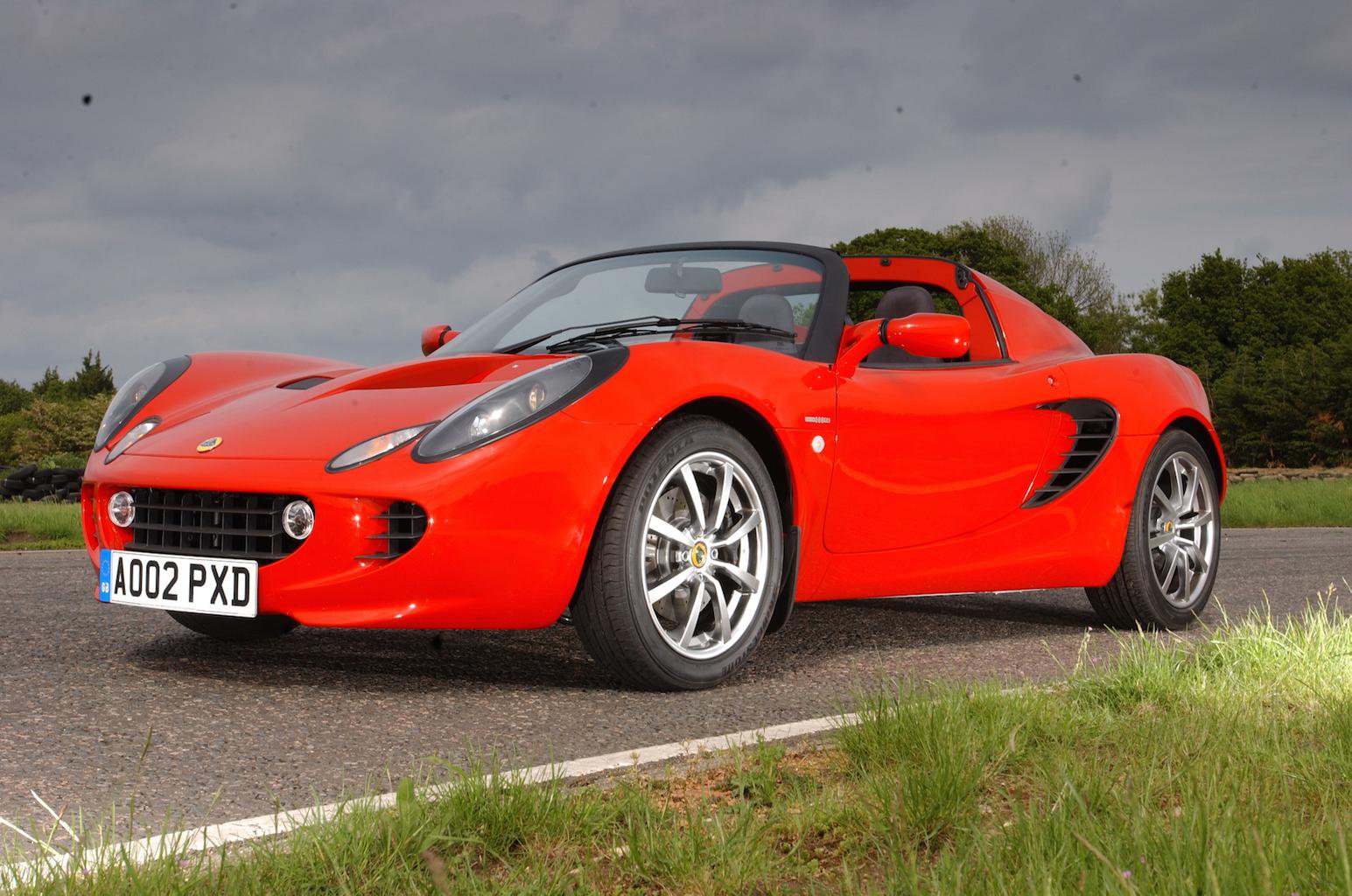