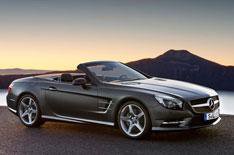 The North American International Auto Show better known as the Detroit motor show opens on Monday, January 9 and What Car? will be there.

A number of exciting new cars will make their public debut at the show, including the new Ford Fusion, which will become the next Ford Mondeo.

The new Mercedes SL, Mini Roadster and Porsche 911 Cabriolet will get their official unveiling, too, while Honda will reveal a concept version of the new NSX supercar.

Among the American models that have UK significance is the new Buick Encore, which will give a good idea of what Vauxhall's new compact SUV will look like.

You can also expect high-tech concept cars such as the BMW i3 and Lexus LF-LC, which will influence the next generation of models that will reach showrooms.

As well as the key American manufacturers, most of the big European and Japanese brands will be at the show. Whatcar.com will bring you all the stories and full pictures as they happen.