The range starts with a 71bhp naturally aspirated 1.0-litre petrol engine that isn’t remotely fast, followed by a 89bhp turbocharged 0.9-litre motor that’s still not much better. We reckon the 99bhp turbocharged 1.0-litre engine is well worth its price premium. It zips the Micra along quite happily and provides all the performance you need for town driving, as well as relatively comfortable motorway use. It’s also the only engine available with a CVT automatic gearbox, but bear in mind that this lengthens the 0-62mph sprint by more than two seconds.

Those who need a little more power can choose the 115bhp version of the same 1.0-litre turbocharged engine (this gets a manual gearbox with six speeds, rather than five). It still feels pretty flat from low revs, but it’s more responsive once it gets going, making motorway progress less of an effort. The difference between it and 99bhp engine are relatively slight, though, and it comes with a firmer, less comfortable suspension setup. Factor in higher purchase and running costs and we’d stick with the 99bhp motor.

There’s one diesel option: an 89bhp 1.5-litre engine. We’ve not tried this yet, although it should provide a bit more shove than the lower-powered petrols. It’s slower on paper, though, so we’d stick with those.

The Micra’s suspension is fairly stiffly sprung, preventing the car from bouncing around over undulating roads. However, the Ford Fiesta, Skoda Fabia and Volkswagen Polo all ride more smoothly.

Its firmness is particularly noticeable around town, where the Micra fidgets more and has a tendency to crash over the kind of sharp potholes that rivals would take in their stride. Much of the Micra's jitteriness smoothes out once the speed rises, though, so it’s a comfortable motorway cruiser. Opt for the 115bhp petrol engine, though, and you get a stiffer suspension set up that, as you’d imagine, is less adept at soaking up bumps. 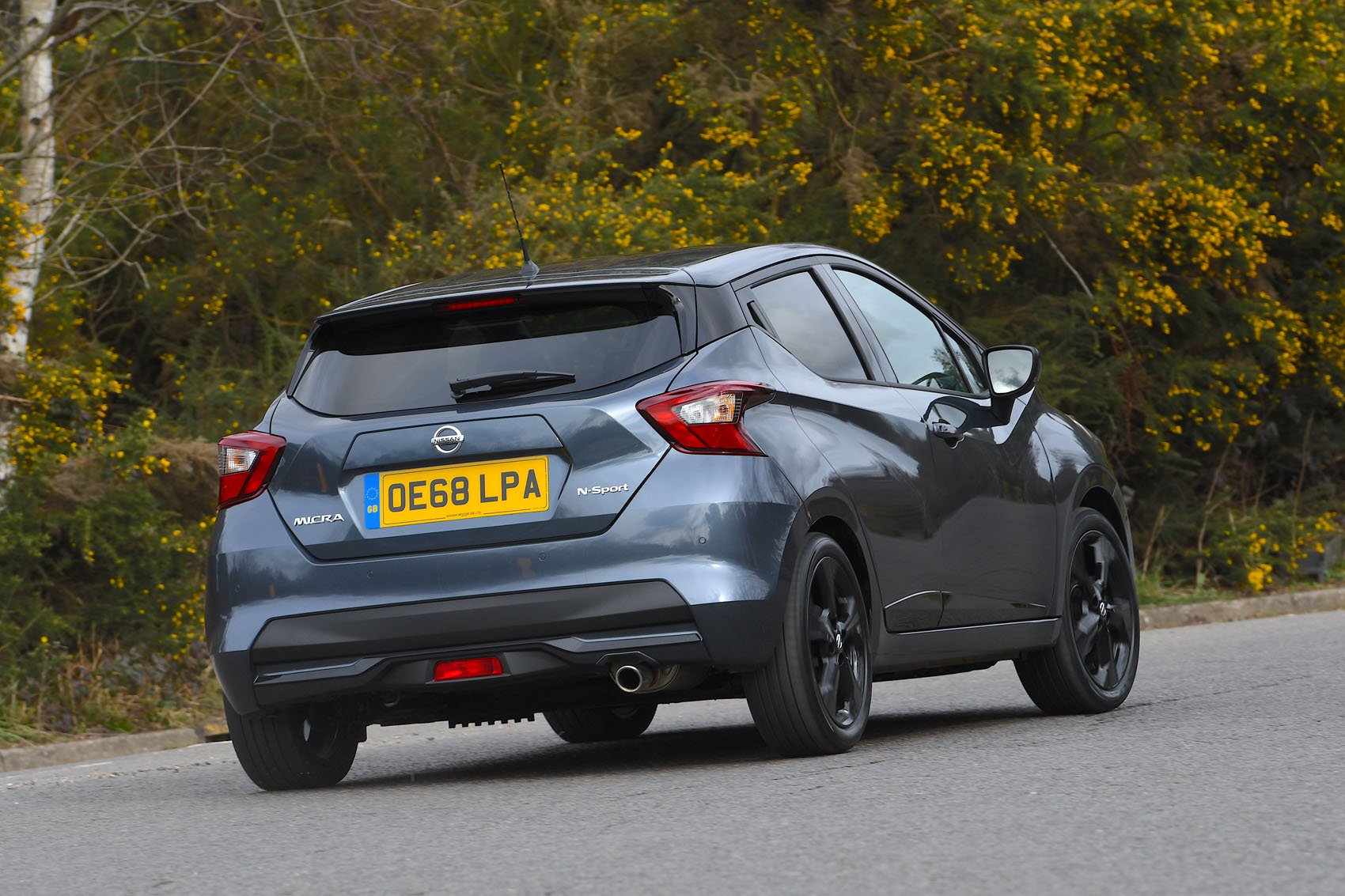 Light steering makes the Micra undemanding in town, but the wheel doesn’t weight up with the consistency that you get in the Fiesta or Renault Clio out on the open road, and you can’t place the car as intuitively as you’d like.

As the Micra is supposed to be trumpeting Nissan’s sportier flair, this is a little disappointing, but at least body lean is well controlled and there’s plenty of grip in dry conditions. The rear end gets a little twitchy on wet roads, though.

Cars with the 115bhp petrol engine come closest to fulfilling Nissan’s sporty claims, with quicker steering and a lower, firmer suspension setup that helps it stay flatter through fast corners. However, it’s something you’ll struggle to notice in everyday driving scenarios, save for the slightly richer steering feel.

The 71bhp engine has to be worked hard and is noisy as a result. The more powerful turbocharged motors also get quite vocal at higher revs, but they don’t need revving so hard, thanks to their greater grunt at low revs. There’s an annoying whistle that comes from the 115bhp engine when you climb up the rev range, but it settles down well enough at a cruise.

The Micra’s vague-feeling manual gearbox isn’t very impressive, but the clutch is fairly light and positive, and the brakes are progressive, enabling you to drive smoothly in urban traffic.

A CVT automatic gearbox is available with the 99bhp petrol engine. While not the smoothest example, it’s relatively slick and unflustered around town. We’d still stick with the manual, though.