Iconic has a 7.0in screen while RS Line upgrades it to a larger 10.0in display that can show a greater variety of information more clearly. Even so, it’s not as easy to read at a glance as the displays in the Skoda Octavia and Superb Estate, and doesn’t provide as many configuration options either.

Iconic models get a 7.0in touchscreen infotainment system in the conventional landscape orientation with Apple CarPlay/Android Auto smartphone mirroring, sat-nav and a DAB radio. It’s on the small side by modern standards, but it’s mounted high on the dash and the displays are clear and easy to read.

The larger 9.3in portrait version that’s standard on the RS Line trim (or part of the Technology Pack on Iconic) is even easier to read. Its graphics are certainly sharper than on the 508 and Corolla systems, and the software is more responsive to prods and pokes as well.

Unfortunately, neither version of the infotainment system comes with physical buttons, making it more distracting to operate while you’re on the move.

Skoda’s system in the Octavia and Superb is more logically laid out, with sharper graphics still. More positively, the Megane ST has intuitive physical controls for the heating unlike, for example, the Octavia.

It’s much easier to twist the Megane's knobs and press its buttons to alter the temperature than fiddle around with the Octavia’s touch-sensitive icons and menus within the infotainment screen. 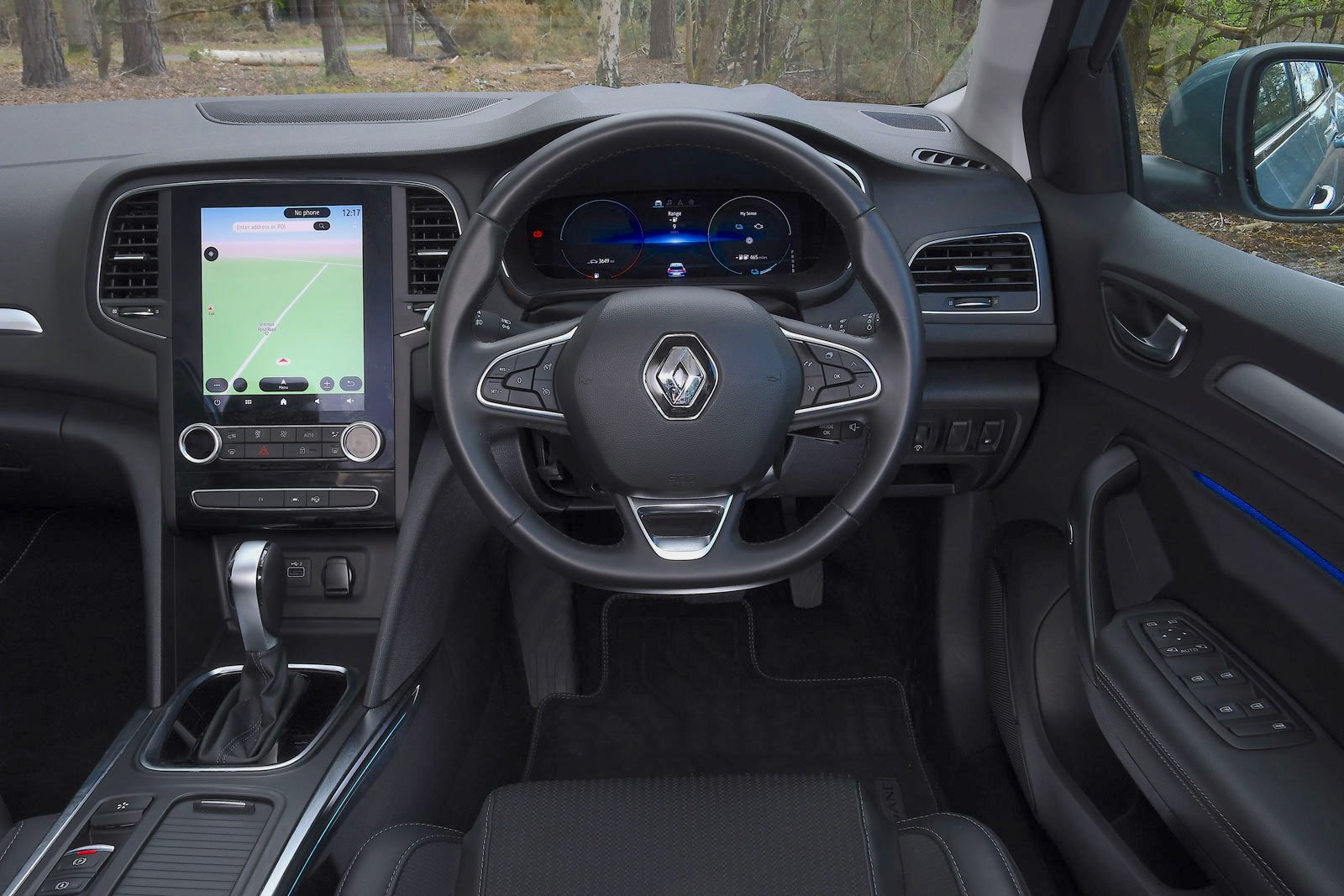