There’s enough space in the front for tall adults to get comfy, although you’ll find your head closer to the ceiling than you would in a Peugeot e-208. With a convenient tray below the touchscreen to stow your phone, a couple of small cupholders and a shallow cubby for pens and other oddments above the glovebox, interior storage is adequate but not outstanding.

All models have five doors, making access to the rear seats fairly easy. Once inside, shorter adults will be more than comfortable, but taller folk will find themselves a bit squeezed for head room and, if there’s a long-legged person sitting in front, knee room, too. The Volkswagen ID.3 is roomier in the rear, although the Zoe beats the Mini Electric, Fiat 500 and Peugeot e-208 in this area.

The Zoe has a surprisingly big boot, too. It's really deep, and we managed to fit six carry-on sized suitcases below the parcel shelf – only one fewer than the larger and more expensive Leaf managed. The similarly sized Mini Electric has a far smaller boot, as does the Fiat 500, and the Honda E's is tiny by comparison; the e-208’s, meanwhile, isn’t too far behind the Zoe’s.

Mind you, there's an annoyingly big lip at the boot entrance, and it's a shame that, when you fold down the rear seatbacks (which have a 60/40 split on Iconic and GT Line trims, but fold as one big lump on entry-level Play), you're left with a big step in the floor of the extended load bay.

If you're tempted to add the optional Bose premium sound system, it's worth noting that this reduces the Zoe's load-carrying capacity slightly because its subwoofer is bolted awkwardly in the middle of the boot floor. 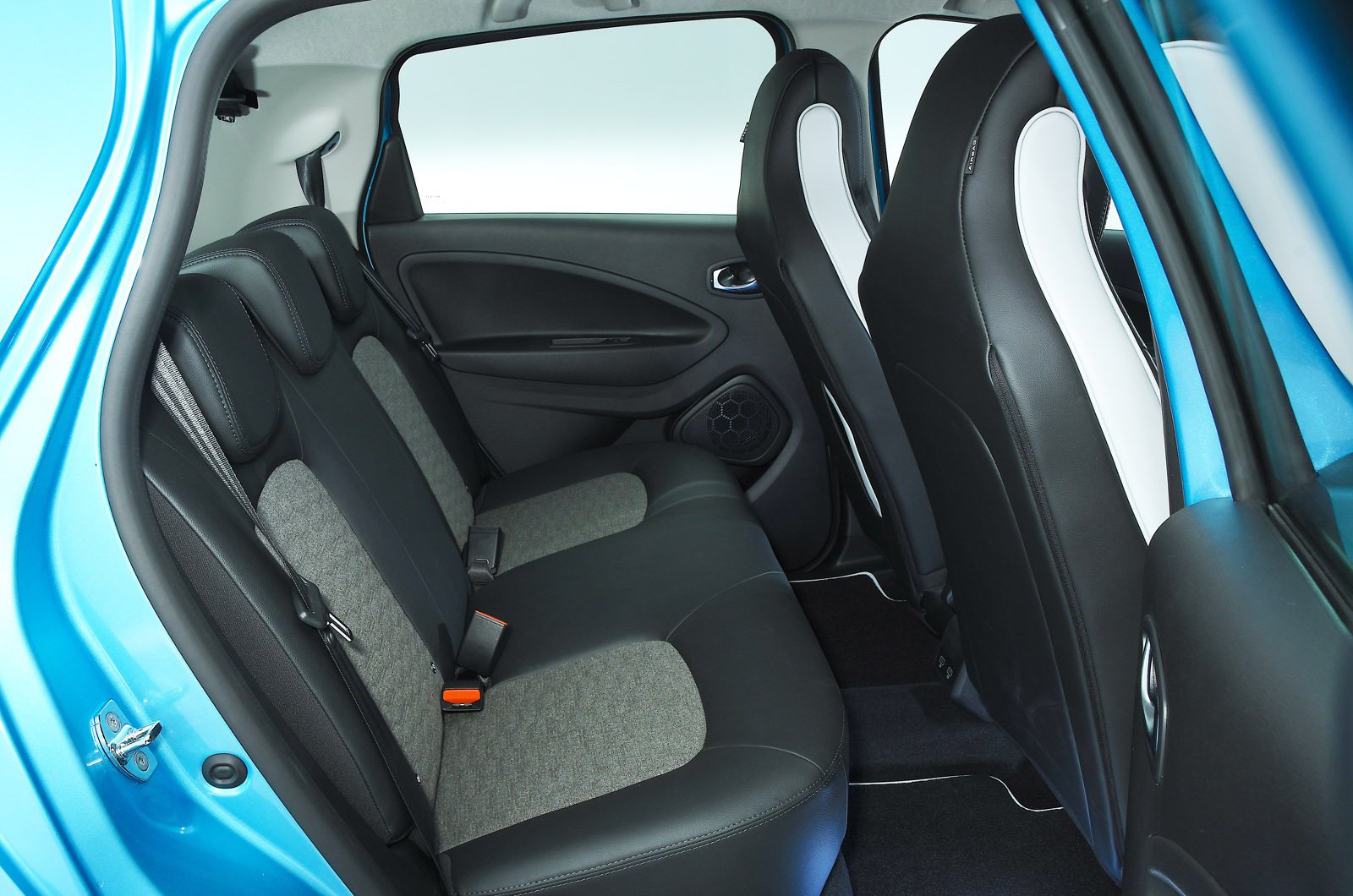