So, your list of demands reads that you want a car with storming performance, technology beyond belief plus a body of exceptional elegance – oh, and you want it to be entirely electric?

Blimey, a bit fussy, aren't you? That said, there is in fact a car that satisfies all of those criteria. It's been around since 2014 and it comes from America: the Tesla Model S. It’s the product and brainchild of a Paypal billionaire who happens to be passionate about electric vehicles. And space travel, among other things.

What's it like to drive in the real world? With a stiff, mostly aluminium body and a huge battery located below the interior’s floor, the Model S handles rather well, and if it’s speed you’re after, one version of the car can fly from 0- 60mph in just 2.5sec – quicker than nearly any conventionally powered supercar.

The interior is a tech fest, with a massive, 17.0in colour touchscreen that displays sharp, high-definition graphics and online connected services. The screen is responsive, with decent-sized icons, and nearly everything is on it, including controls for the sat-nav, audio and even the sunroof operation.

At first glance, the interior impresses with its eye-catching design, complete with a large panoramic roof that floods the interior with light. Close up, it isn't quite a match for its German executive car rivals, especially around the centre console area, but it’ll still impress your neighbours.

Freed from the space restrictions of housing a conventional engine and all its associated gubbins, the Model S has masses of room inside, with lounging room for five and no hump in the floor to interfere with rear passenger comfort. There's even a boot in the front if you find the one in the rear isn't massive enough for your needs.

If you're interested in finding a used Tesla, or any of the other electric cars mentioned here, head over to the Used Car Buying pages to find lots of cars listed for sale at a great price. 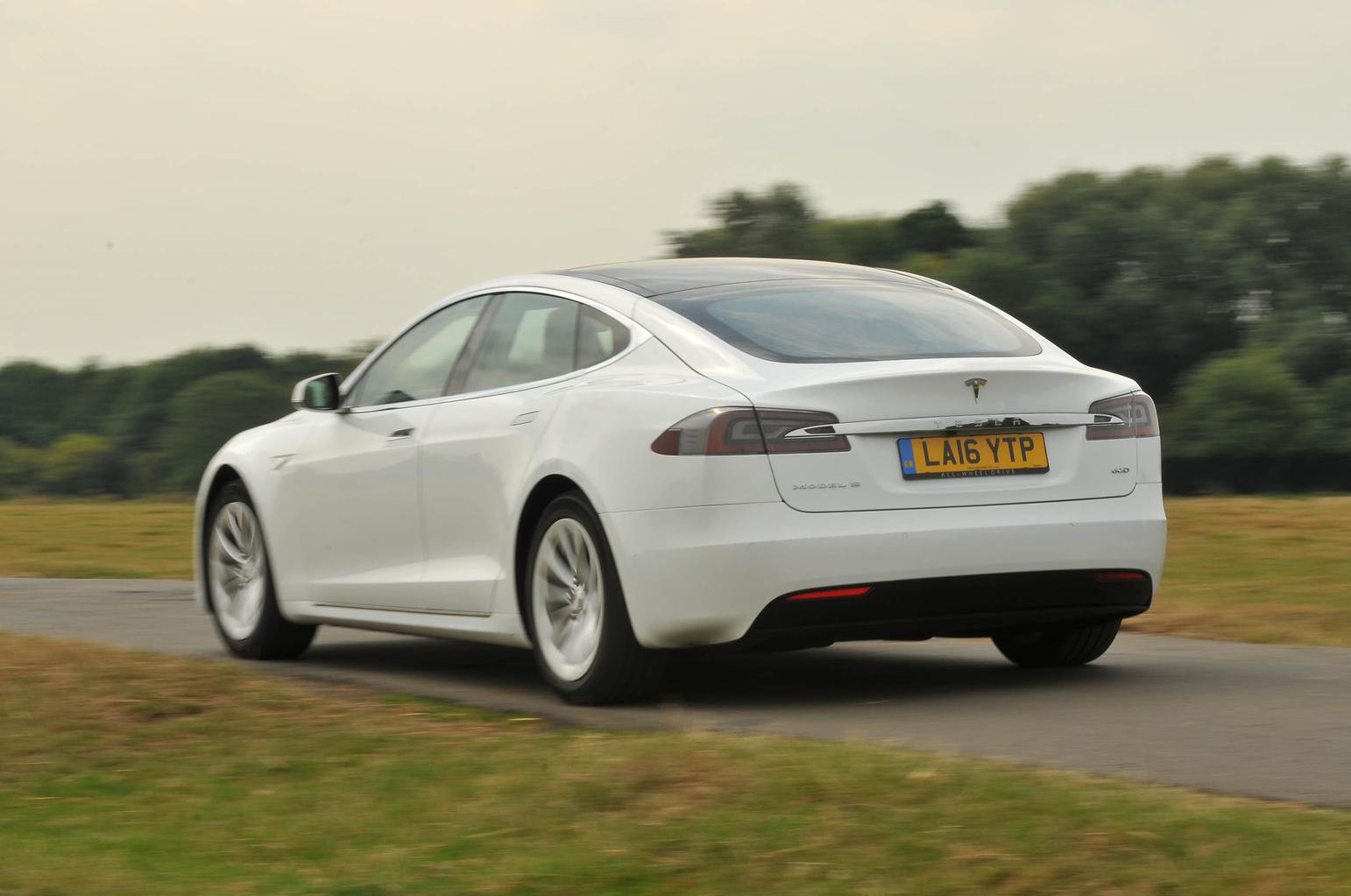