Think of a used Jaguar and what springs to mind? Many will imagine a large luxury car such as the XJ, or a sporting grand tourer like the XK. Most, however, would not be thinking of one of the most advanced electric cars in the world, and one that has one of the longest electric ranges we've ever tested, and it can be yours for a fraction of the price it was new.

Under its floor, the I-Pace has a huge battery pack that provides power to all four wheels via two electric motors: one at the front and one at the back, with a total output of 395bhp. That 90kWh battery gives the car exceptional performance and an official range of 292 miles, superior to most of its closest competitors, and, in our real-world test, it achieved 258 miles, an outstanding figure and higher than any other electric car in its class.

Trim-wise, you get a choice of three. Even the entry-level S spec features lots of luxuries, including LED headlights, a 12.3in infotainment system with DAB radio and a rear view camera, plus automatic emergency braking, lane-keeping assistance and traffic sign recognition. Upgrading to SE gets you bigger 20in wheels, adaptive cruise control, blind spot monitoring and an electric tailgate. Range-topping HSE cars have heated and cooled front seats plus heated rear seats, along with matrix LED headlights that can automatically adjust their light pattern to avoid dazzling other drivers, while retaining full-beam illumination.

On the road, the I-Pace can, despite its svelte looks, feel a little heavy, which is no surprise considering it is nearly 2.2 tonnes. However, don’t think this translates into leisurely performance, far from it. Put your foot down and it goes like an express train, instantly, and with a 0 to 62mph time of under five seconds it’s incredibly quick.

It’s quiet, too, with only a little road noise creeping in at higher speeds. It also rides well most of the time, although sharp road irregularities can catch the car out, especially if your I-Pace has the bigger 20in wheels. Stick with an S model with 18in wheels, or try and find an I-Pace with the optional air suspension setup for the best ride.

The Jag’s battery pack is located low down, and with a correspondingly low centre of gravity and even weight distribution it handles rather well. The steering initially feels overly heavy, but on the move this heft becomes welcome. All in, the I-Pace has enough dynamic ability to satisfy a keen driver, even if it falls short of an electric car revolution.

Inside, it’s even more impressive. Its driving position is relatively low for an SUV, and the steering wheel and seat have plenty of electric adjustment. The seats look great, too, and offer plenty of support. Forward visibility is excellent, but the shallow rear window restricts vision behind you. Luckily, a rear-view camera is standard on all versions.

All I-Paces forgo traditional analogue instrument dials in favour of a slick digital display that lets the driver decide exactly what information they want to be displayed directly in front of them, and in what configuration. You also get a partly touch-sensitive panel lower down on the centre console, which replaces standard buttons and is used to control secondary systems, including those for the climate control.

The infotainment touchscreen provides modern graphics, but some of the commands can take a fraction longer than you’d like to flick through and it’s not always the most intuitive of systems to use. However, the interior still has an air of quality to it with plenty of plush materials in all the right places. It all feels reassuringly solid, too.

Space is plentiful, with room for two lanky individuals to sit behind someone equally tall. The middle seat is a little hard, though, so the third rear passenger might not want to travel far. Boot space is reasonable, too, and there’s a much smaller additional boot at the front of the car, where of course you might expect to find a conventional engine.

If you're interested in buying a used Jaguar I-Pace, or any of the other cars mentioned here, head over to our used car classifieds site here. 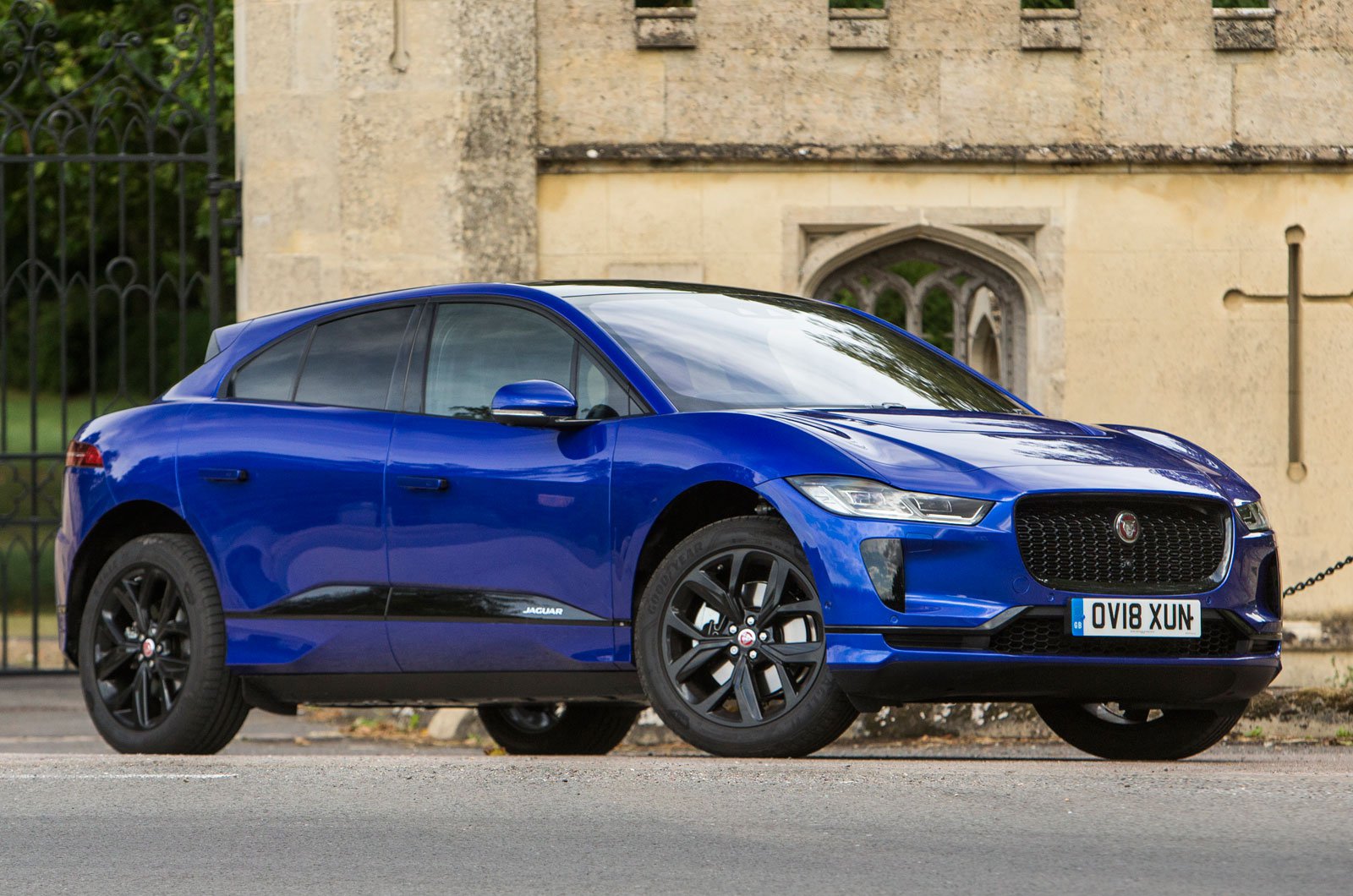