Like the Ford Tourneo, the Vivaro Life finds its origins in a commercial vehicle. However, as the Vivaro itself shares its platform with other PSA Group cars such as the Vauxhall Grandland X SUV and Peugeot 508, it’s far more car-like and enjoyable to drive.

The first thing that will catch your attention as soon as you set off, though, has nothing to do with its driving manners, yet is a big reason why you might choose an MPV over an SUV – the view from the driving seat. Yes, SUVs often give you a fairly lofty driving position, but, from behind the wheel of the Vivaro you can see over the roofs of the majority of cars, leaving just you and lorry drivers to have the best view of the road ahead.

This impressive visibility extends to your view from the sides, thanks to big, square windows that keep blindspots to a minimum. Not only that, but the flat sides of the Vivaro make it easy to judge its extremities, so it’s much less stressful to thread it down a tight road than you might initially think.

Once you start picking up speed, the Vivaro Life remains pleasingly quiet, especially considering its less-than-aerodynamic shape. The Ford Galaxy is quieter still but the margin is impressively narrow.

You’ll quickly remember that you’re in something rather taller and bulkier than a typical MPV, though, when you first encounter a corner. The Vivaro Life leans strongly in bends, even at fairly gentle speeds; you’ll want to avoid vigorous cornering for the sake of passenger comfort. Speaking of which, on craggy roads it tends to bounce and twitch a bit too much over to be considered truly comfy. However, none of its van-based alternatives have flawless ride quality and the Ford Galaxy is much better.

Since there’s little reward for driving it quickly, you may as well stick with the 148bhp engine and manual gearbox. Because the Vivaro has fairly short gears, it feels pleasingly zippy at low speeds with this engine, and the two second difference in 0-62mph time between this and the more powerful 178bhp engine is barely noticeable. However, if the future you have in mind involves climbing a mountain pass with a Vivaro full of passengers, you’ll want as much power as you can get. 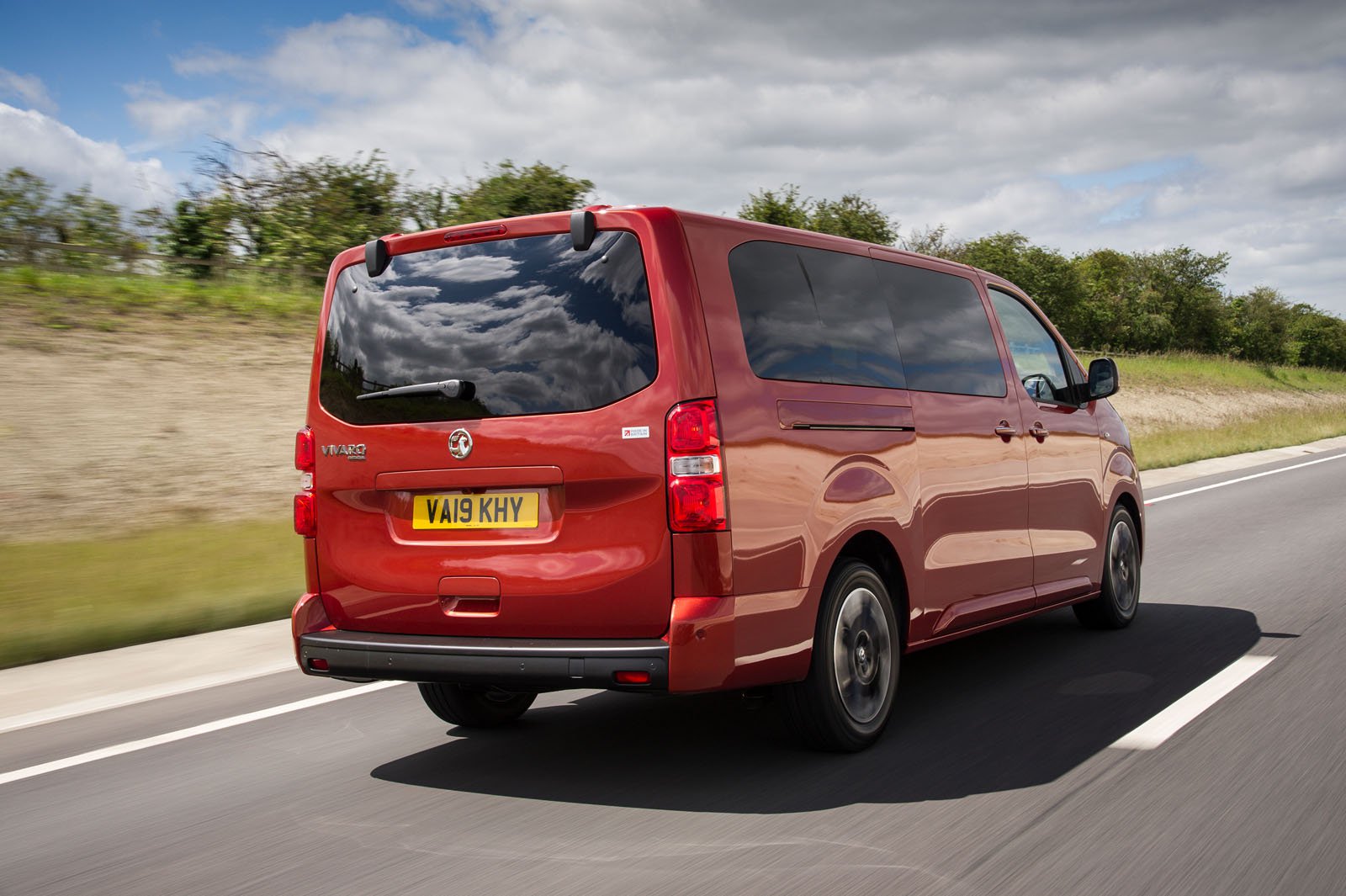