There is an impressive array of different ways you can rearrange the rear two rows in the Vivaro Life; all eight seats are on runners so you can fine-tune the position of each. As an option, you can have swivelling mid-row seats and a fairly large fold-out table, which, if you were good with your Transformers toys as a kid, you’ll be able to rearrange in a kind-of mini conference orientation where the middle row faces the rear row with the table in the middle.

This seating flexibility also helps with versatility. For example, you can slide each seat in the third row individually, allowing for numerous re-arrangements if you want to cram as much luggage as possible. Or you can remove every seat entirely to open up a truly huge luggage space that is roughly twice the size that the most capacious SUVs can offer, and is also fairly square so you can stuff pretty much anything in there.

There’s also plenty of storage for things that you’ll need on a journey, with numerous cubbies dotted around the interior. They’re found just where you’d expect them to be, a prime example is the small cubby in which your front passenger can store their phone, sided conveniently just above the glovebox. 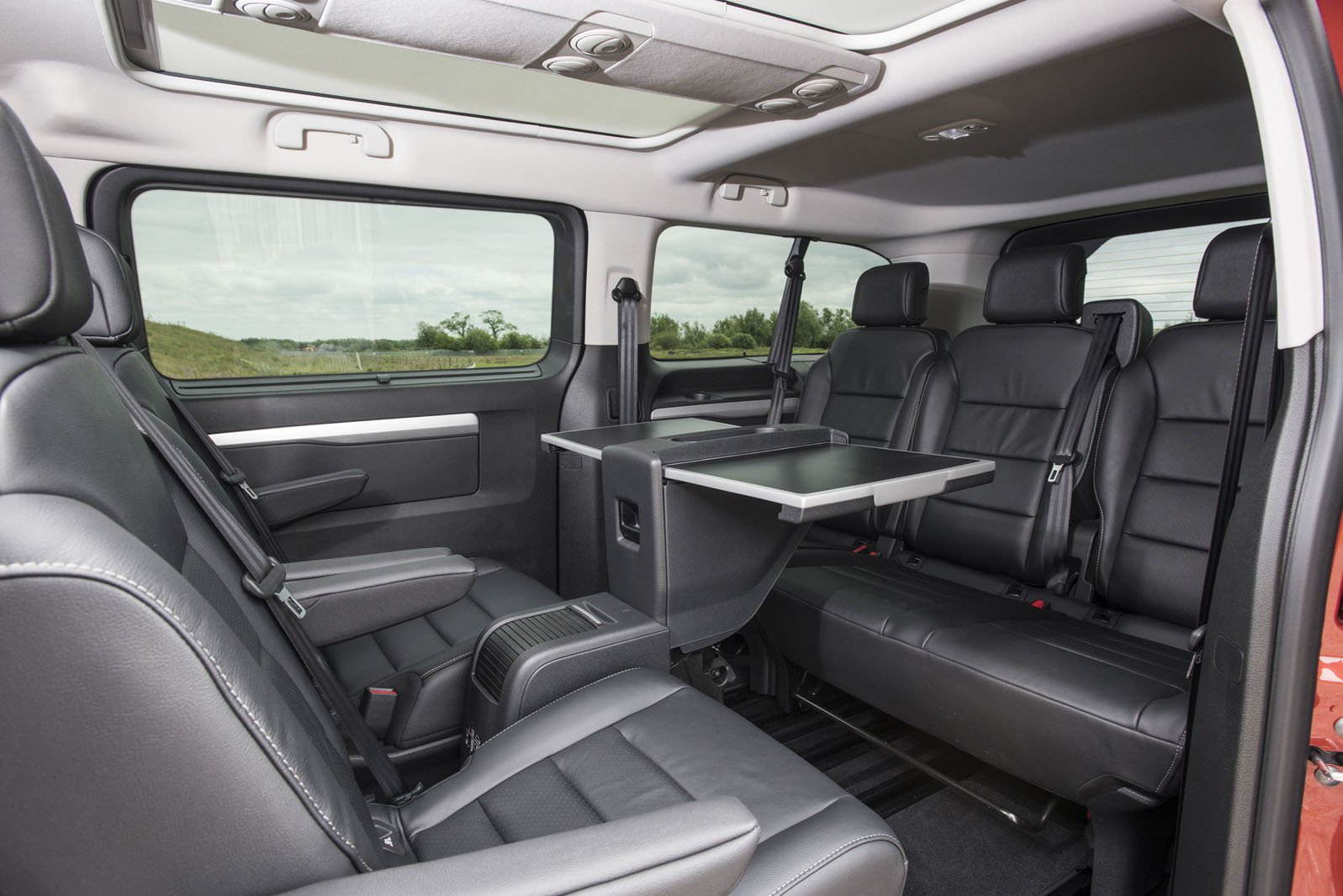