What used Volkswagen Golf R hatchback will I get for my budget?

How much does it cost to run a Volkswagen Golf R hatchback?

There’s no economy penalty for choosing either the three or five-door variants of the R. They both claim an average figure of 37.7mpg and CO2 emissions of 180g/km, according to the older NEDC tests.

Annual tax for cars registered before the changes of April 2017 came into force are based on CO2 emissions and, by a neat coincidence, will cost roughly the same as cars registered after that date; the current annual flat rate is £140 a year. Be warned that if the Golf R you’re looking at cost more than £40,000 new it could fall into the luxury car tax supplement sector, which could cost an additional £310 a year. Insurance groupings have been kept low for the Golf R and it sits in group 39.

Servicing costs are moderate next to some of its high-performance brethren, but perhaps more than you’d pay for the average Ford or Vauxhall. VW also offers a number of differing servicing plans that help you plan for and spread the cost of the next two services. 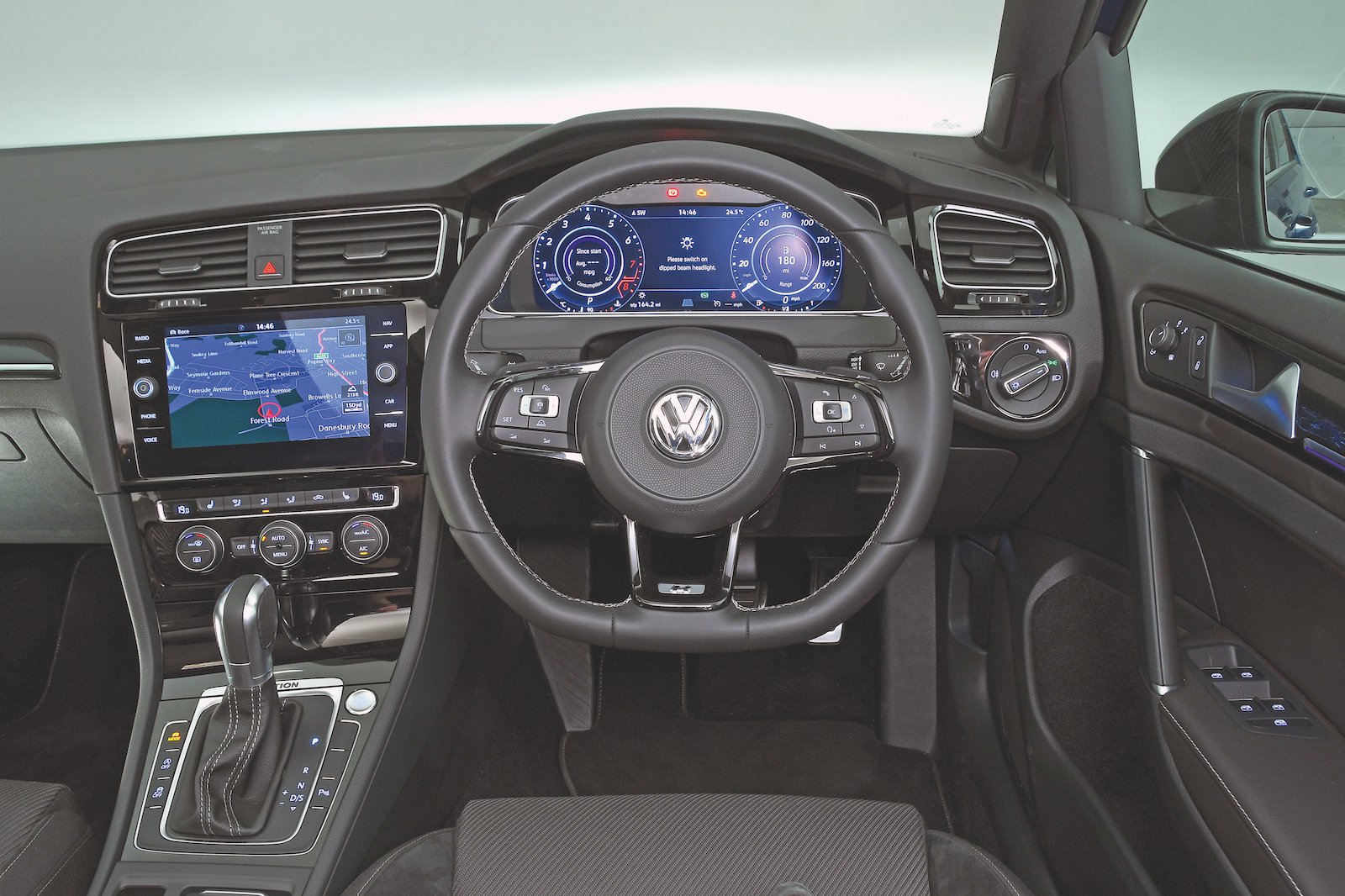