Company car users rejoice: the Passat’s relatively low CO2 emissions and smaller price tag make it generally cheaper on benefit-in-kind tax than cars such as the Mercedes C-Class or BMW 3 Series. It still can't match the affordability of an equivalent Skoda Superb, though. The plug-in hybrid GTE makes the most sense if you're looking to keep your tax bill low, but of the standard petrol and diesel engines, the 1.5 TSI 150 represents the best value. Although the diesels emit less CO2, they're not RDE2 compliant and incur a 4% tax surcharge.

Fuel economy is very good across the range, with the diesels proving the most frugal overall. The petrol engines won't sip fuel quite as gently, but the 1.5 TSI 150 will officially return a very decent 47.1mpg combined.

Less good news is that, compared with rivals such as the Audi A4, BMW 3 Series and even the Skoda Superb, the Passat will lose more of its value over three years. That isn’t great news for cash buyers, or if you're leasing or buying with PCP finance, although there are often good incentives from dealers that help redress the balance.

Even entry-level SE trim provides plenty of gadgets, including the 6.5in touchscreen infotainment system, LED headlights and front and rear parking sensors mentioned earlier, a leather-trimmed steering wheel, front centre armrest, 17in alloy wheels, adaptive cruise control and an auto-dimming rear-view mirror, plus automatic lights and wipers. It is our pick unless you want in-built navigation, which comes with the SE Nav trim along with a bigger 8.0in touchscreen.

SEL is worth considering because it adds privacy glass, heated front seats, leather seats and power-folding door mirrors, but once you get up to R-Line trim the price moves too far into the realms of premium rivals, such as the BMW 3 Series and Audi A4. 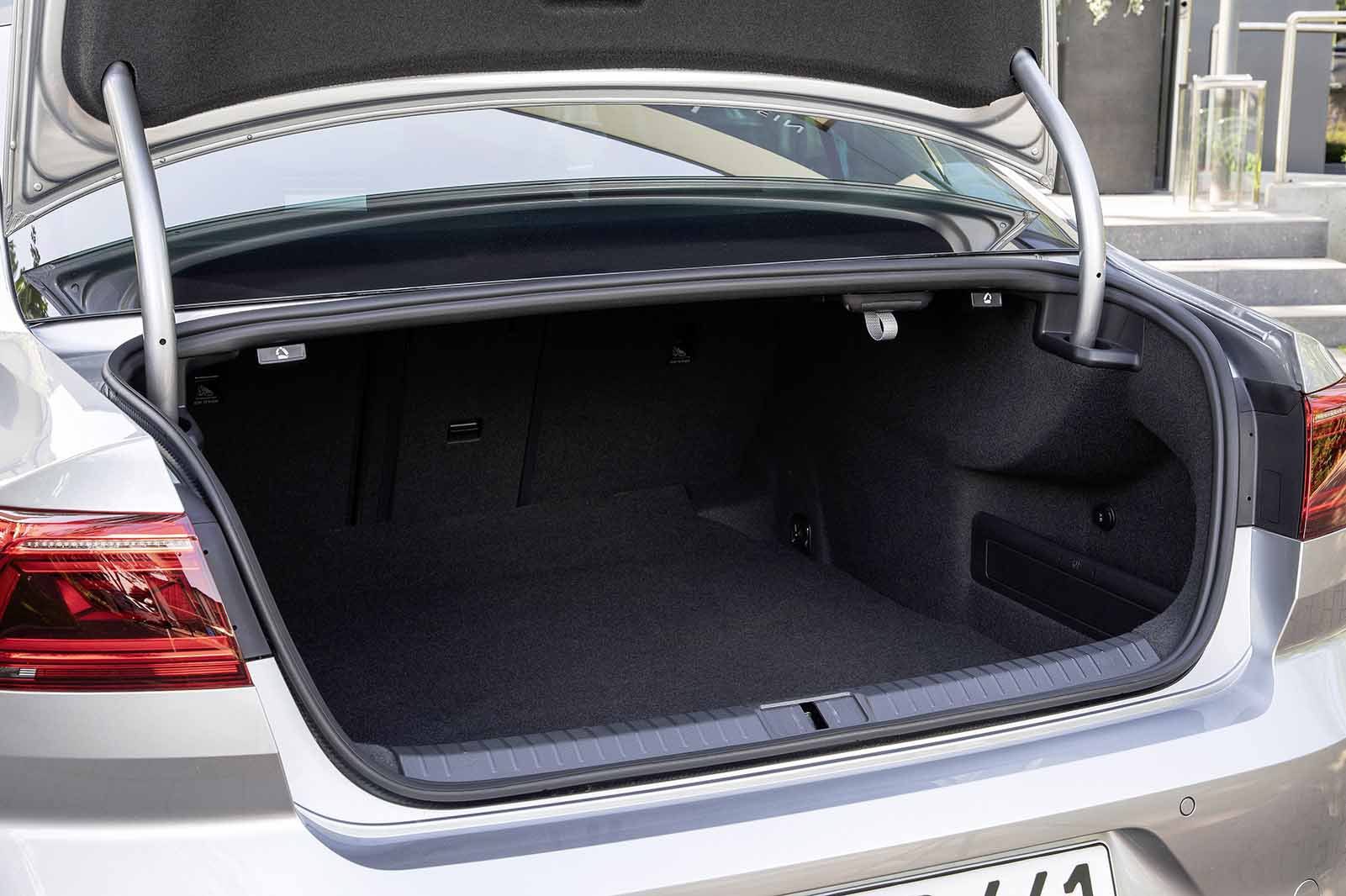 The Passat didn’t do very well in the 2019 What Car? Reliability Survey, falling behind rivals including the Ford Mondeo, BMW 3 Series and Audi A4. That said, it did perform better than the Jaguar XE and Vauxhall Insignia. As a brand, Volkswagen placed 16th in our table of 31 manufacturers, behind Toyota but ahead of Audi, Mercedes and BMW.

A three-year/60,000-mile warranty is standard, and extended warranties are available at a reasonable price.

The Passat did well in its Euro NCAP tests in 2014 and was given the maximum five stars overall, but since then the tests have become more stringent, so it's hard to compare it like-for-like with newer cars, like the BMW 3 Series. Every version comes with nine airbags, including rear side airbags and one to protect the driver's knees.

Every Passat is fitted with an automatic emergency braking (AEB) system to help avoid low-speed shunts. There's a broad array of safety systems on top of that, including standard lane-keeping assistance and an e-call emergency response button. Options include blindspot warning and a system that helps you to reverse park a trailer.