Launched at a time when the SUV was merely at the beginning of its growth spurt, the original Touareg was an instant success, selling in large numbers.

This is the second-generation version, launched in 2010 and not replaced until 2018, and while it retained all the attractive features that made the first one such a big hit, it was also lighter, roomier and more economical.

This generation of Touareg shares its underpinnings with the Porsche Cayenne, the doyen of the sporty and rather well-off family man. The Touareg may offer similar internal space and practicality, but it’s cheaper than its distant cousin and not quite so divisive in the looks department.

Under the bonnet, there’s the choice of a 3.0-litre TDI V6 diesel (the best-selling model in the range), a 4.2-litre V8 diesel or a 3.0-litre V6 hybrid, with a petrol unit mated to an electric motor.

Upgrade to R-line and you'll find 20in wheels, a sporty bodykit, a panoramic sunroof, keyless entry and start, sports suspension and a heated steering wheel, while range-topping R-line Plus includes 21in wheels, a 360deg camera and electrically adjustable front seats.

On the road, all Touaregs get along very well indeed, despite the car’s weight. The popular 3.0 TDI has plenty of low-down torque and its acceleration times are surprisingly good for such a large SUV; it’s able to polish off the 0-62mph sprint in just 7.3sec – a time that would shame some sports cars.

The same continues in the corners; the Touareg feels much lighter than it actually is and, for a car of this type, takes bends with considerable aplomb, feeling both nimble and agile. Its steering is good, too, being light enough not to cause undue effort but accurate enough for you to be able to place the car precisely.

The interior is a fairly simple design, but a solidly luxurious one. The dashboard and its surroundings are clean and functional, and the driving position is multi-adjustable and an easy one in which to find the right set-up. Up front, there’s more than enough space, while the rear bench slides backwards and forward to prioritise leg room or boot space, and there's room for three abreast. The boot is capacious, with an impressive 1642 litres of space with the rear seats down.

If you're interested in finding a used Touareg, or any of the other SUVs mentioned here, head over to the Used Car Buying pages to find lots of cars listed for sale at a great price. 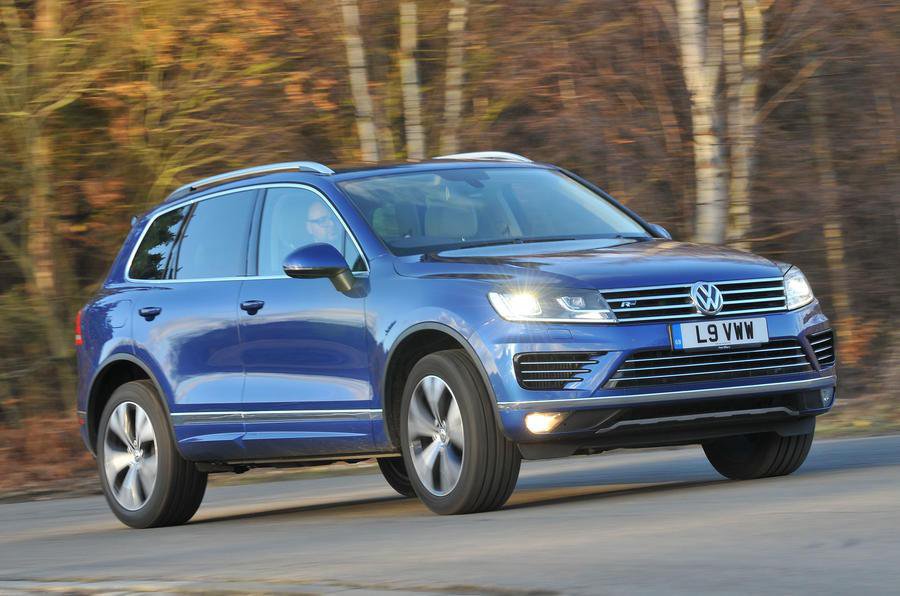