As a replacement for the original Volvo S40, the 2004 version was very much more modern, abandoning that car’s dated platform (which was shared with Mitsubishi) in favour of the one from the contemporary Ford Focus.

The S40 isn’t quite as sharp to drive as the Ford, but it still handles well and the ride is firm but controlled.

Perhaps the best thing about the S40, though, is its ‘floating’ dashboard. This takes its name from the slim centre console, which is attached at the top and bottom, but is otherwise free standing, a design that has barely aged to this day.

The front seats are very comfortable, too, but the S40 is quite cramped; to improve crash protection, Volvo decided to move the front firewall back compared with its position in the Focus, and thereby compromised leg room. However, the S40 is one of the safest cars of its kind as a result. 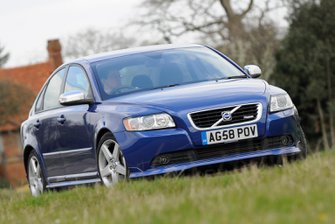