There’s plenty of room up front for even taller drivers to get comfortable, although the Cross Country has fractionally less head and legroom than the Audi A3 or VW Golf. Avoid the optional panoramic roof if you’re particularly lanky, though, as it cuts into head room.

Storage space is also good, and there’s a shallow, rubberised cubby hidden behind the centre console that’s ideal for storing parking change, as well as space inside the centre armrest for your mobile phone. The glovebox also gets clever touches such as a pen holder, a sunglasses compartment and a drained compartment for the ice scraper.

In the rear, the middle passenger will be less comfortable, though, because the V40’s cabin is fairly narrow, and the centre seat is raised and fairly hard. A high central tunnel means they’ll have to splay their legs either side of it, too.

A couple of small cubbyholes at either side of the bench could be used to store small items at a push, but in reality they’re fairly useless. Instead, the door pockets (which will hold a 500ml bottle) or the map pockets on the back of the front seats will have to suffice for most items.

The Cross Country’s boot is smaller than those of most rivals by a fair margin. It has a narrower boot opening, too, so if you regularly carry really bulky items then this isn’t the best option. The boot floor is hinged, and it’s an easy, one-handed job to lift it and secure it in place, which gives you full access to the space below. When folded up, the divider also keeps your shopping bags in place. 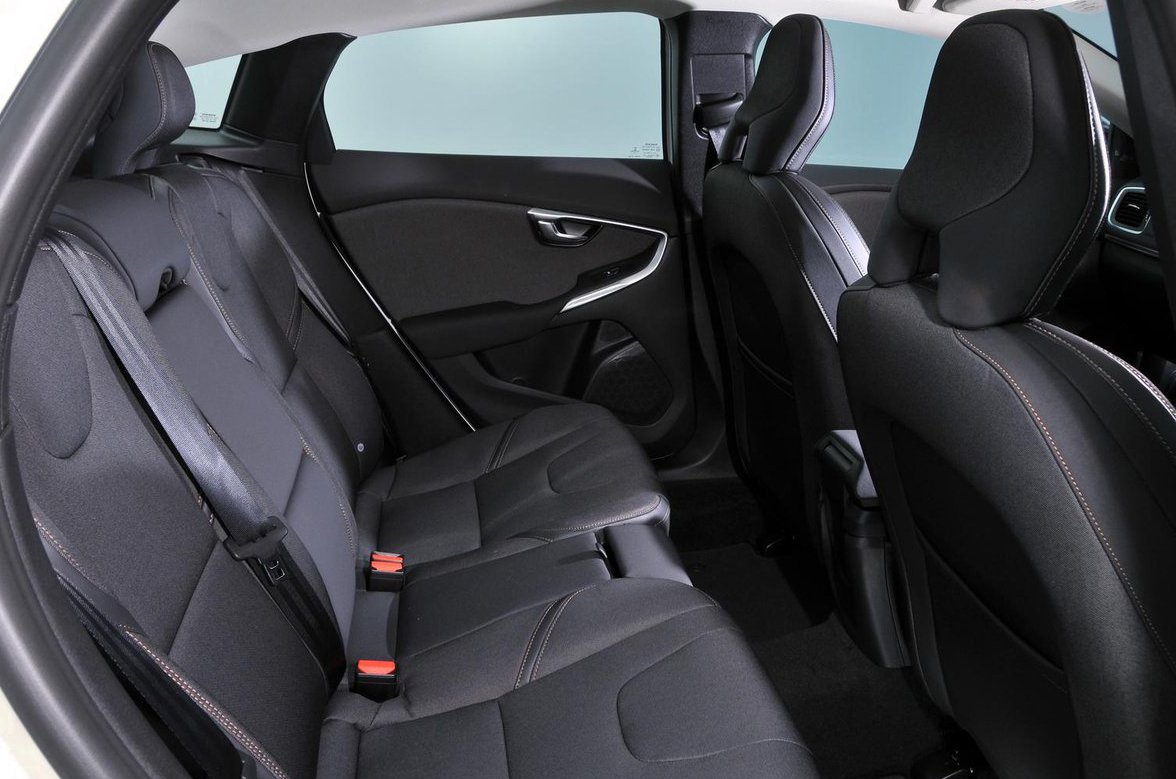