True, the Volvo V40 does share a lot in common with a contemporary Ford Focus, but that's not a bad base to start from, and you'll find few clues to the V40's mainstream heritage by simply sitting in it. Indeed, there are plenty of brushed metal trims and soft-touch materials to give it enough quality to edge it ahead of its main competitors, with only really the Audi A3 having a more premium feel.

ES trim gets you climate control, electric windows all round, Bluetooth, a CD player and a DAB radio. SE adds cruise control and height adjustment to the driver's seat, while SE Lux has full leather upholstery. R-Design cars are equipped with sports seats, additional ambient lighting inside and a sporty body kit for the exterior. Post-2016 facelifted cars moved to the model naming structure of the XC90 with Momentum, Inscription and R-Design. Entry-level Momentum is essentially the previous ES model under a different name, but benefitted from brighter LED 'Thor's hammer' headlights that came as standard across the range. Similarly, Inscription can be thought of as the previous SE Lux, while R-Design carried on as before - although there was a ‘Pro’ version with larger 18in wheels that does nothing for the ride.

On the whole, the V40 is a pleasant family car to drive. Mind, that shouldn't come as much of a surprise, considering its Focus underpinnings. These were fettled slightly for the Volvo, so it isn't quite as fun as the Ford, but the V40's steering is still well-weighted and precise. Body lean in a corner taken quickly isn't a major concern, either, and if you should start to run out of grip you can deal with this easily by simply lifting off the accelerator. The biggest issue for V40s fitted with a manual gearbox is its numb clutch pedal; this can make finding the biting point tricky. There's no dedicated foot rest, either.

The interior of the V40 is a pleasant place to spend time in, but there are a few too many buttons on the dashboard and they can be confusing to use at a glance. The infotainment system isn't the paragon of intuitiveness it should be, either. Still, at least there's plenty of space up front and adjustment in the seat and steering wheel for anyone to get comfortable. Those in the back who are over six-foot will find their hair brushing the ceiling due to the sloping roofline and three across the bench would be a squeeze. At least leg room is on par with rivals.

The V40's boot isn’t as commodious as its main competition, though. There's a narrow opening that doesn’t help with loading awkward objects, such as a pram, and there's a noticeable step in the floor when the rear seats are folded down. The optional variable-height boot floor improves matters and allows you to secure your shopping bags or hide valuable items beneath it.

Being a Volvo you'll benefit from a whole suite of safety kit, including an airbag that pops out from under the rear edge of the bonnet to protect pedestrians from striking the base of the windscreen. There's also City Safe: a system that has the ability to apply the brakes and even bring the car to a halt if you get too close to the vehicle in front.

If you're interested in finding a used V40, or any of the other cars mentioned here, head over to the Used Car Buying pages to find lots of cars listed for sale at a great price. 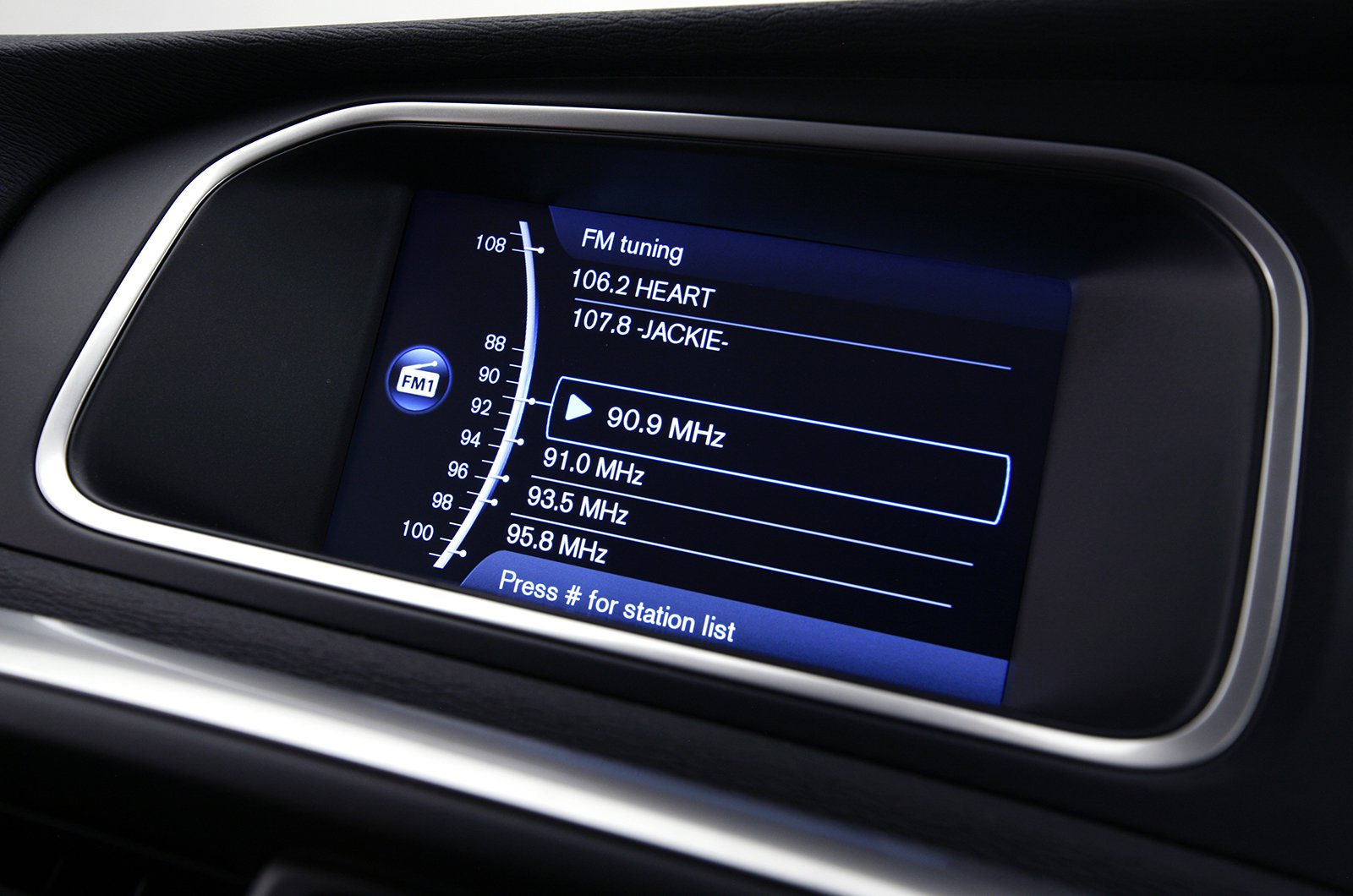