The Volvo V90 is a bit pricer if you're paying in cash than the equivalent BMW 5 Series Touring and Mercedes E-Class Estate, while the Audi A6 Avant tends to be a tad more expensive. If you go for our pick of the engines, which is the B4 (P) petrol, officially it averages 40mpg. If you're intending to do lots of miles, the diesel is more economical – expect it to average another 10mpg or so.

Head over to our New Car Buying service and try to secure yourself a great deal on a new V90 because that will help to offset its pretty savage depreciation. In three years it'll be worth not much more than a third of the list price, and that's nowhere near as good as the A6 Avant or BMW 5 Series Touring. Poor resale values tend to mean higher PCP finance payments.

If you're a company car driver, the B4 (D) is RDE2 compliant but it’s still in quite a high tax bracket. The T6 plug-in hybrid is the best way to lower your benefit-in-kind (BIK) tax, and it'll be cheap to fuel as long as you make the most of its electric range and avoid using the petrol engine. It comes with a Type 2 charging cable, for use at public charging stations, and the battery takes around three hours to charge from 0-100%.

To make up for its price and heavy depreciation, the V90 comes well equipped. The entry-level Momentum trim has all the items we've mentioned – the infotainment suite, the parking aids, the LED headlights etc – plus leather seats, heated front seats, dual-zone climate control, power-folding mirrors, an auto-dimming rear-view mirror, 18in alloy wheels and keyless entry. That's our pick, but it is also worth considering R-Design, which adds leather/nubuck trim, privacy glass and 19in alloys.

The R-Design trim also adds blind-spot monitoring, but every V90 is equipped with automatic emergency braking (AEB), which recognises pedestrians, cyclists, large animals and, of course, cars, along with traffic sign recognition and lane-keeping assistance.

Euro NCAP awarded it the full five-star crash safety rating. If you look at its individual category results, you’ll see it does a better job of protecting adults’ chests when they’re sat in the front seats than the Audi A6 Avant and Mercedes E-Class Estate.

Volvo finished 16th in the What Car? Reliability survey (out of 31). That’s well below BMW but above Audi and Mercedes. All V90's come with a three-year/60,000-mile warranty as standard, which is not overly generous. 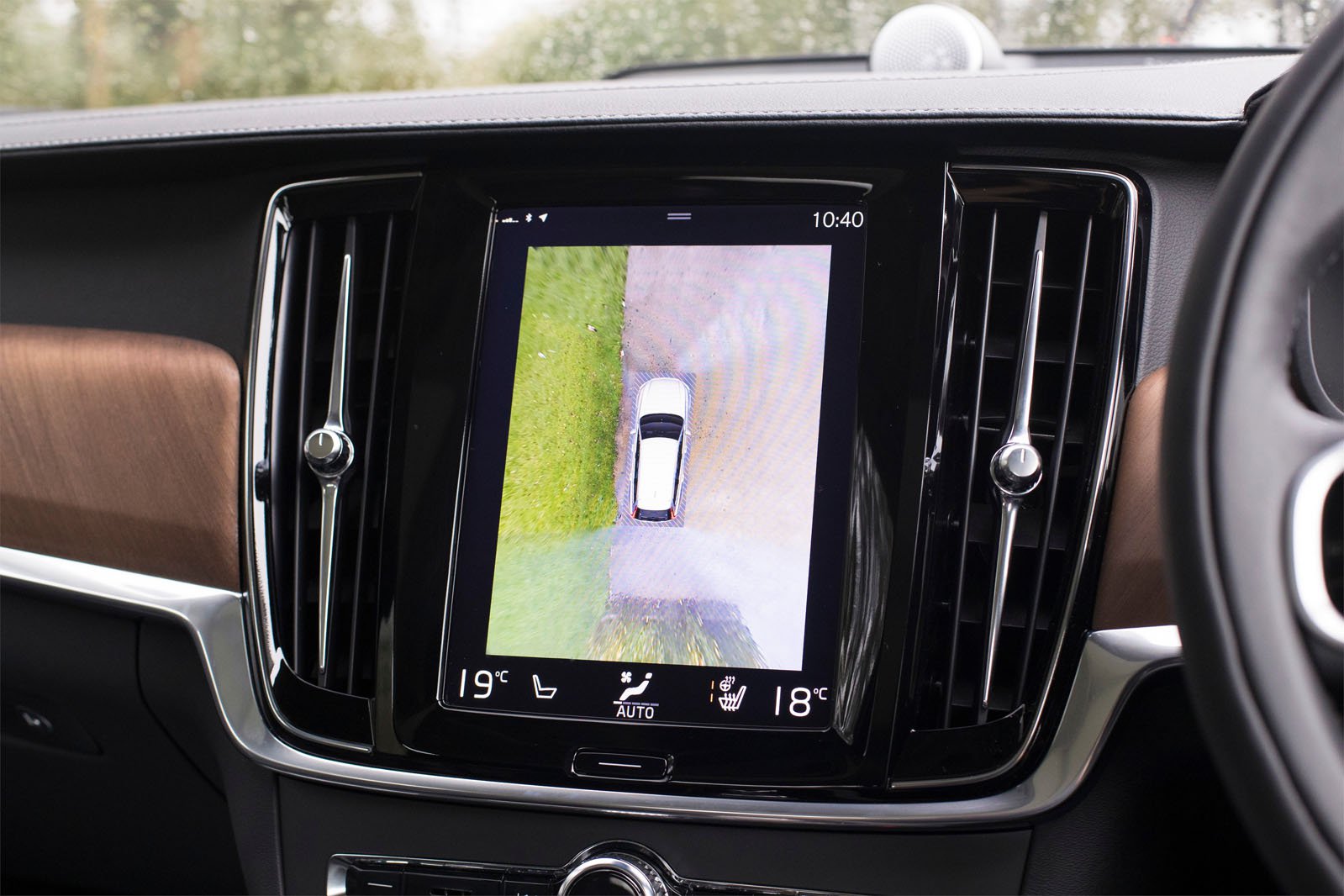