What is a fuel cell car?

Fuel cell cars use hydrogen to generate electricity – so how much do they cost, and should you buy one?...

You’ve probably heard of hydrogen fuel cell cars before. They’re being hailed as the next big step forward in motoring, offering the zero-emission movement of electric cars but with greater range and with much shorter refuelling time.

Hydrogen fuel cell technology isn’t a new idea. It actually dates back to 1806, when one of the first cars ever invented was running on a mixture of hydrogen and oxygen gases. Today, most of the world’s largest car makers are investing a lot of money in developing hydrogen cars for the mass market.

What is a fuel cell car?

The ‘fuel cell’ part of the hydrogen car generates electricity by mixing hydrogen and oxygen, with the only by-product being water. It’s not recommended for taste, but you can safely drink the water generated by hydrogen cars. 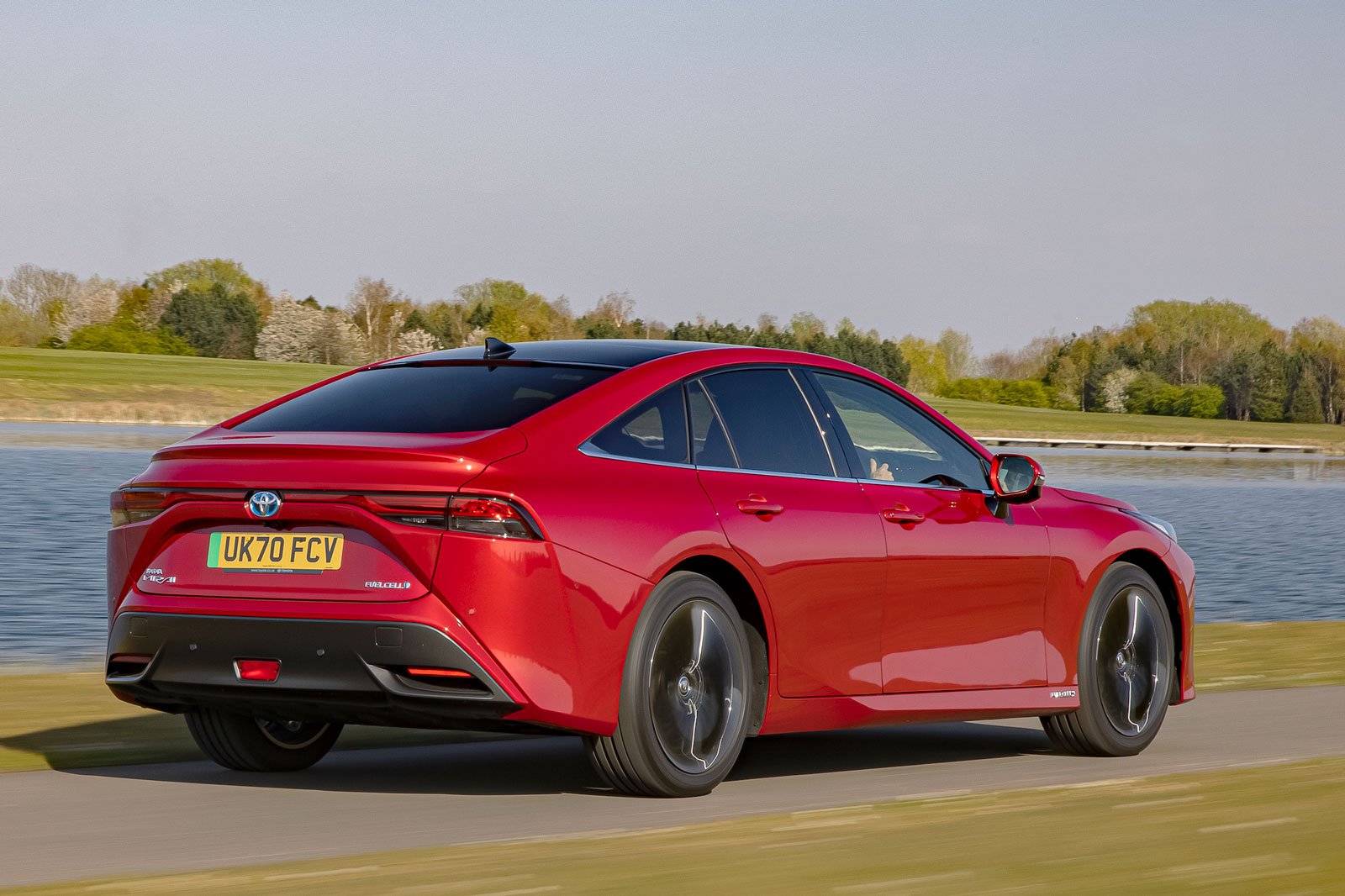 What are the advantages of a fuel cell car?

One of the reasons why hydrogen cars are seen as the future of motoring is the fact that they emit none of the harmful gases or pollutants, including carbon dioxide (CO2) and nitrogen oxide (NOx), associated with petrol and diesel cars.

Another advantage of using hydrogen as a fuel is the relatively small amount of time it takes to refuel the car, compared to the recharging of conventional electric cars. It takes around two minutes to fill a hydrogen fuel tank, which is roughly the same as filling a conventional car with petrol or diesel.

Fuel cell vehicles can also travel significant distances between fill-ups. The Hyundai Nexo, for example, can travel more than 300 miles in real-world conditions In other words, you could travel from London to Birmingham and back without stopping for more fuel.

Where can I fill up a fuel cell car? 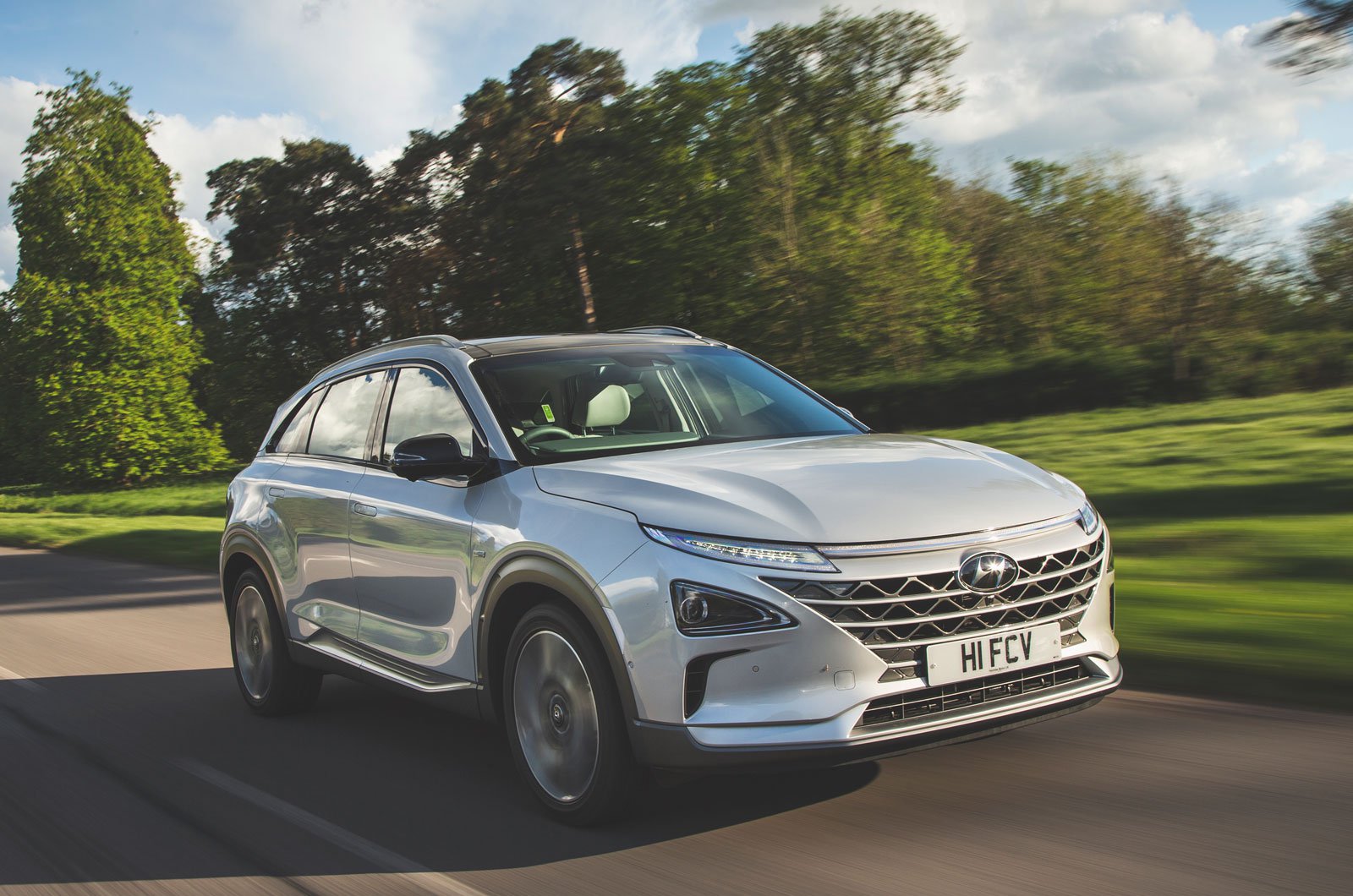 How much does it cost to fill a hydrogen car?

Prices vary between suppliers, but on average a kilo of hydrogen costs around £6 in the US. Taking the Hyundai Nexo as an example, which has a 6.33kg tank, filling it would cost somewhere between £65-£95. Prices are expected to fall, however, as more people take up hydrogen cars.

What fuel-cell cars are on sale today?

Because hydrogen fuel cell technology is still relatively new, cars that use fuel cells are few and far between. In fact, there are currently just two available in the UK - the Toyota Mirai saloon and Hyundai Nexo.

Should I buy a hydrogen car?

If you’re a private buyer, then hydrogen cars are hard to recommend right now, simply because there’s currently a lack of infrastructure to support them. Unless you live close to one of the UK’s current hydrogen filling stations, then chances are you’ll have to travel a fair distance to fill up.

That said, it’s highly likely that the number of hydrogen filling stations in the UK will continue to grow, as will the number of car makers launching fuel cell cars in the near future. So if you like being at the very forefront of new technology, now could be the time to buy.