Catalytic converter theft - why is it so common?

Catalytic converter theft is rife, with criminal gangs targeting cars left in car parks and on residential streets around the UK. In fact, catalytic converters are now the second most common car parts to be stolen, after number plates, which are taken to disguise the identity of a vehicle that might then be used to commit a criminal offence. 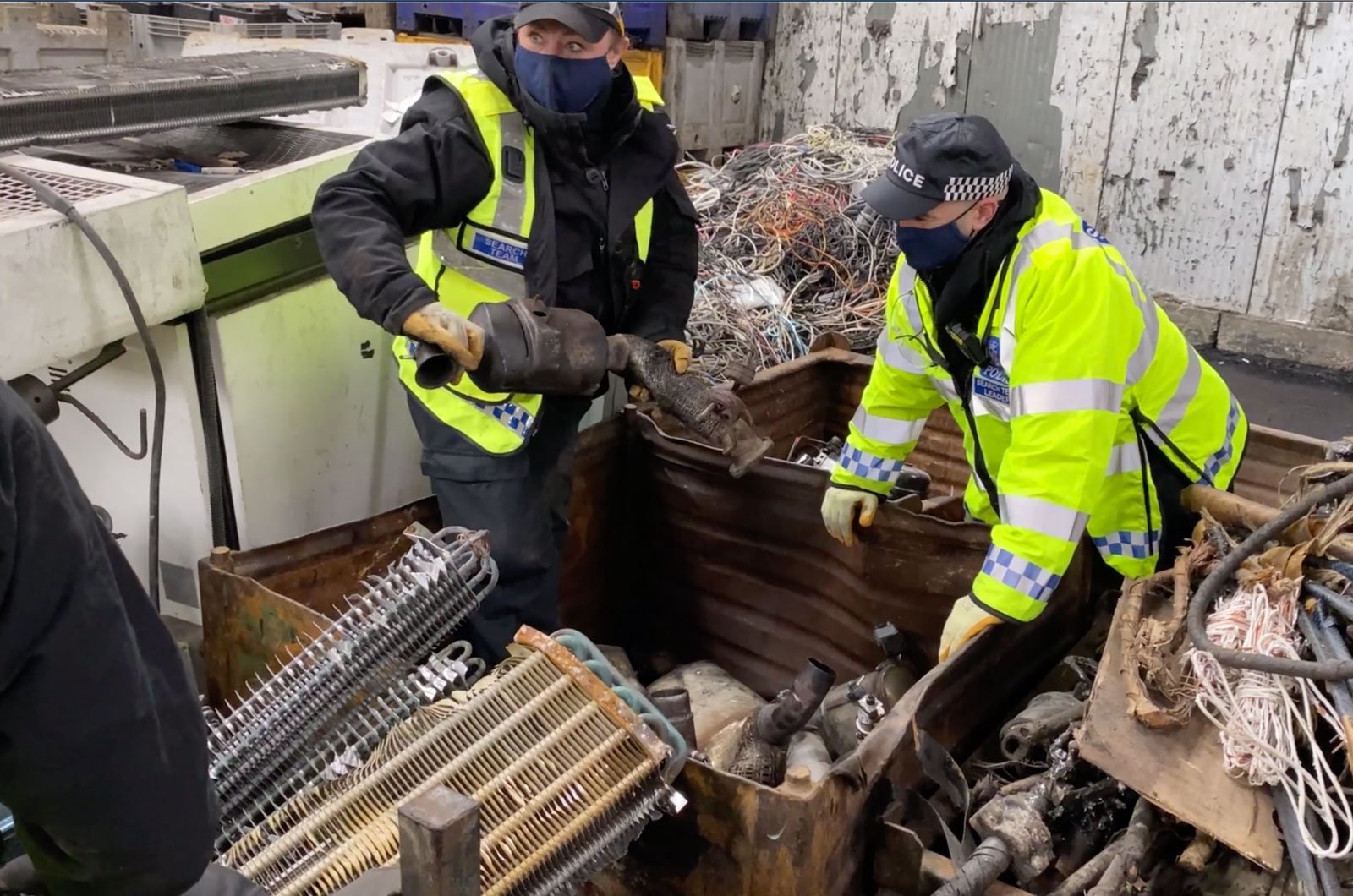 And the cost to car owners can be eye-watering. Zurich Insurance reports the average repair bill for its customers is around £1200.

The devices, which form part of vehicle exhaust systems and help to reduce emissions, are stolen because they contain precious metals that have shot up in value in recent years, giving them a high scrap metal value.

What is a catalytic converter? 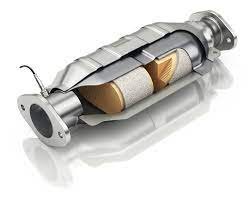 However, hybrid cars such as the Toyota Auris and Prius are especially popular with thieves, because they have two power sources – an electric motor and a petrol or diesel engine – so their catalytic converters are used less frequently to process pollutants. That means the metals inside them are less likely to have corroded, making them more valuable – and therefore more lucrative.

On some car models, the catalytic converter hangs below other components, so thieves can slide underneath and simply cut it off. Those with the unit in the engine bay are less susceptible to theft.

Older models are more likely to be targeted, because their catalytic converters contain far more precious metals than those fitted to the latest cars.

Why are catalytic converters stolen?

There has been a problem with catalytic converters – and even entire exhaust systems – being stolen from cars for many years. Replacing the catalytic converter and exhaust on a Toyota Prius, for example, is expensive, so there is a demand for cheap second-hand systems.

However, the situation has been exacerbated by a rise in the value of the precious metals found in catalytic converters, including palladium and rhodium, which are both more expensive than gold. Palladium is worth around £1794 per ounce, rhodium more than £12,259, and platinum about £771 per ounce.

The increase in the value of the metals has been driven partly by higher demand for them for use in low-emissions vehicles.

What are the police doing to combat catalytic converter theft?

Police forces around the country are trying to tackle catalytic converter crime. Thames Valley Police recently arrested three people after a spate of thefts in the car park of Legoland in Windsor. And last year more than 300 police officers carried out a series of raids at properties across east London, Kent and Essex to seize stolen car parts and the tools used to take them.

Alongside the London raids, Essex Police also intercepted a shipping container that was believed to contain stolen metal and car parts that were due to be shipped to the Ivory Coast for processing and refining.

Thieves are taking advantage of this by targeting vehicles parked in driveways or on the street. Victims have reported being threatened when they tried to confront criminals.

Although most thefts happen while cars are parked at home, either on the driveway or the road, some thieves are brazen enough to steal them from cars that have been left in supermarkets and other car parks.

Police advice is not to approach the thieves, because they might be aggressive, but to report the crime to the police.

A Met Police spokesperson said: “The criminals involved in stealing catalytic converters often commit these offences in full view of the owners of the vehicle and other members of the public, leaving them shocked and terrorised.”

What are car makers doing to combat catalytic converter theft? 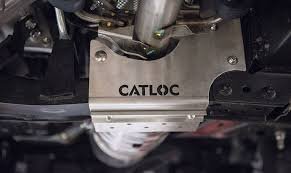 In 2019, the manufacturer introduced a protective casing for the catalytic converters on its cars called the Catloc, which it sells to owners at no profit for £189 for the second-generation Prius and £239 for other models, including the previous-generation Auris; both prices include fitting.

It also produces an exhaust system bundle, containing the catalyst, exhaust and Catloc, which can be fitted to Toyota vehicles that have had their entire exhaust system stolen. This costs around £1050 and is also sold at cost price, so the brand does not make a profit from supplying or fitting it.

Toyota has also worked with the police to develop a marking scheme for catalytic converters. It has introduced a national programme to get the catalytic converters on older models covertly marked so they can be identified and traced back to the owner's vehicle if they are stolen. This will save owners money because they won't have to buy a replacement, and it will also help the police to convict the thieves more easily.

What can car owners do to prevent theft?

Owners of older Toyota and Lexus models are encouraged to visit franchised dealerships to have their cars' catalytic converters marked for free. 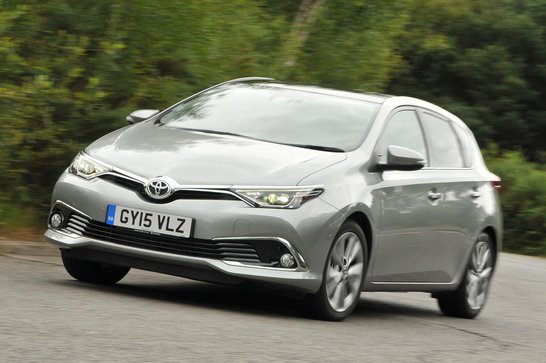 However, the problem doesn't affect only Toyota models; owners of all older cars, particularly hybrids, with catalytic converters are being advised by the police to take preventative measures to protect their cars.

These include parking your car in a garage if possible, or, if you have to park on a driveway or road, putting the car next to a fence or wall with the exhaust facing it. Try not to park your car half on the road and half on the kerb, because this will give thieves easier access to the underside. You could also consider installing CCTV at your home or fitting the car with an alarm.