Home
Advice
How do I prepare my car for storage during the coronavirus pandemic?
advice

How do I prepare my car for storage during the coronavirus pandemic?

If the coronavirus pandemic means you need to prepare your car for long-term storage, follow our tips to make sure your car remains in the best condition for when you come to use it again...

The ongoing coronavirus pandemic in the UK means that most of us aren't covering many miles in our cars. And for some, it means not driving their cars entirely.

If you fall into the latter camp, then you'll want to know how to prepare your car for a long period of time without being used. The process is effectively the same as putting your car into storage – and that means both making sure that it's in a good condition when you leave it, and that it will stay that way so you can continue using it straight away when you're ready.

Below you'll find our top tips for preparing your car for storage, but you'll also find more answers to your coronavirus-related car questions on our dedicated hub page.

How can I prepare my car for storage?

Keep your car away from the elements – leaving an unused car out in the open is not a good idea, because the rain, wind and prolonged sun exposure will damage its bodywork. Try to store the car in a garage or, at the very least, cover it with a weatherproof car cover. These can be bought from retailers for as little as £30. If you are leaving your car in a garage, leave the windows open a little to allow the air to circulate.

Don’t leave the handbrake on – this may sound counter-intuitive, but leaving your handbrake on for an extended period of time may cause the brakes to fuse, particularly in cold or wet weather. Instead, use a piece of wood, or ideally a wheel chock, to prevent the car from rolling away. If you’re storing the car for more than three months, then consider raising the car off the ground by using blocks or stands. This will reduce the weight on the car’s tyres.

Keep it clean – any grime or mud left on the car before it goes into storage can cause damage to the paintwork and bodywork over time. Clean the car thoroughly before putting it into storage – this also means the car will (hopefully) look as good as new when you come to use it again.

Change the oil – if you’re leaving the car for an extended period of time, usually three months or more, carry out an oil and filter service, which you do yourself. You can also buy and use oil and fuel additives that will stabilise the substances and prevent internal damage to the engine. It’s best to top up your fuel tank, too, leaving as little space as possible for condensation to contaminate the fuel.

Protect the battery – if you’re leaving your car unused for an extended period of time, it’s a good idea to invest in a battery trickle charger and leave it plugged in. This will keep your car’s battery topped up, and will maintain its condition until you start the car again.

Start the engine – this is optional, but if you don’t want to put additives in your fuel system then consider starting the car every few weeks and running it for around 20 minutes. This will circulate fuel and oil, and keep the engine lubricated.

Leave yourself a note – when you’re finished with your preparations, write yourself a note detailing the steps you’ve taken to ready your car for storage, and what you need to do to get it roadworthy again.

Make sure it's secure – if you can, park your car in your driveway or garage. If you can't do this, try and park it in a secure, well-lit location where you can see it from your home, and turn the wheels towards the kerb to make a quick getaway harder. Remove any valuables from the car and make sure it's locked before walking away. A steering wheel lock can be a valuable deterrent to thieves if you'll be leaving your car on the street for an extended period of time.

Does the car still need to be taxed an insured?

Under the Continuous Insurance Enforcement Act of 2011, your car must remain insured while not being used. However, that does not apply if you make a Statutory Off Road Notification (SORN) to the Driver and Vehicle Licensing Agency (DVLA). If you need to review or change your insurance policy, most providers offer an online service for you to do this.

How do I look after my diesel particulate filter during lockdown?

If you have a diesel-engined car, chances are that it includes a diesel particulate filter, which catches harmful soot particles from the engine when it's running. However, this only usually happens on longer journeys, so if you're only going to be using your car for short trips – for example, to go shopping – then you'll want to give those particles a chance to burn off. To do this, try to run your engine for 15 minutes or so while the filter regenerates. Don't turn the engine off during this time, because this could stop the process mid-way and lead to further problems. You'll know the process has started because you'll hear a change in the engine sound, and you may hear fans kicking in to help speed it along. You'll also know that your filter is clogged and needs to regenerate because a warning light will come up on the dashboard.

If you drive a hybrid or electric car, try not to put the car away with a flat battery. Instead, make sure that the battery is between 50-80% charged. And if you can, try not to let it dip below 30% of capacity, since this can damage its ability to hold charge in the long-term. You might be lucky enough to have a wall-box charger in your home, and in combination with a smartphone app from your manufacturer, you might be able to set the charger to keep the car topped up to a specific level. If you have any questions about your specific make and model, though, either consult the owner's handbook or get in touch with your local dealership by phone or email.

How do I jump-start my car if the battery is flat?

If your battery does go flat while it's in storage, you'll need to jump-start it and then leave it running for a while to get some charge back into the battery. The most common way of doing this is with a set of jump cables, which can be brought cheaply either online or at some car supply shops. You'll also need a second car with a charged battery to supply the 'jump' to your car. 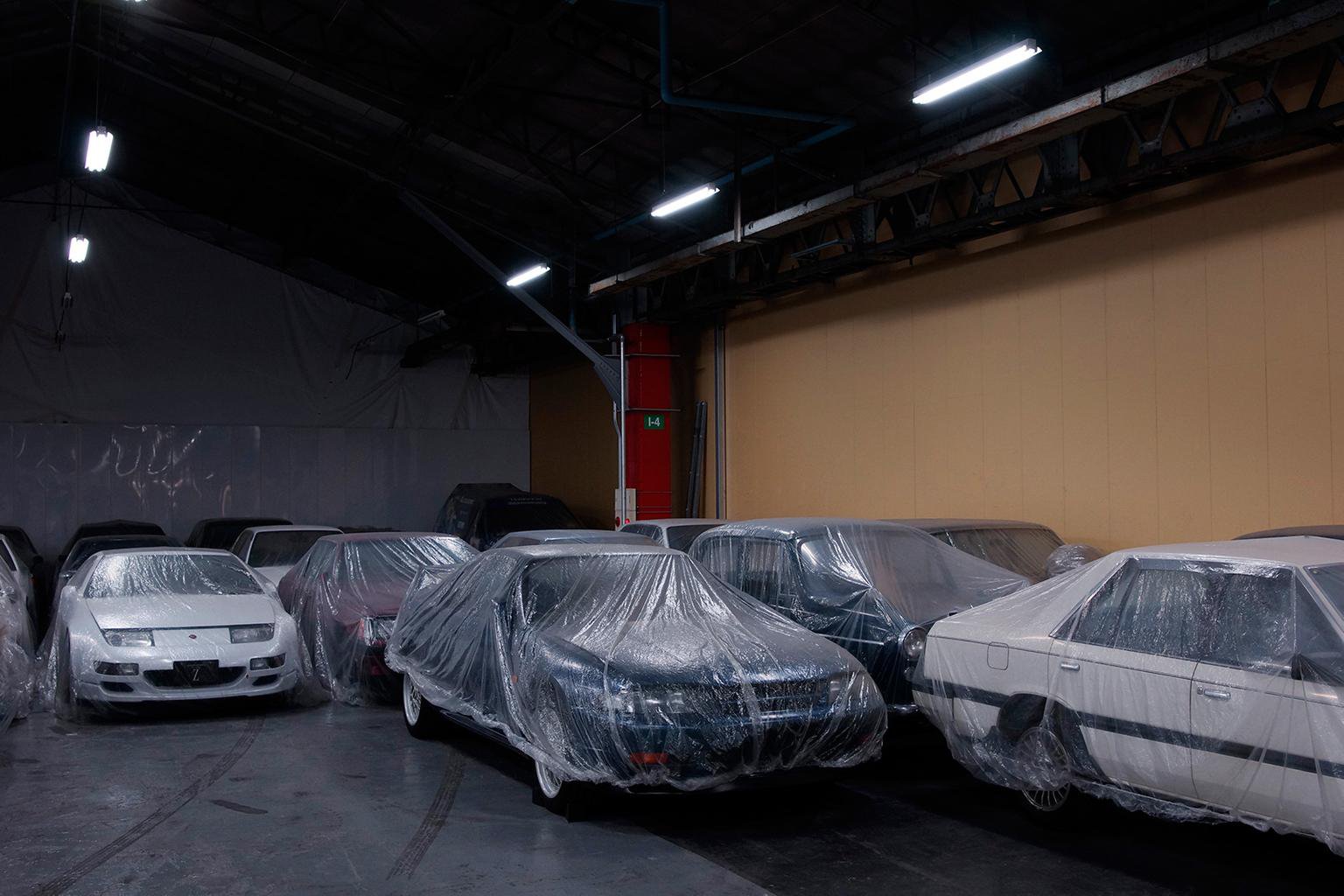 How do I get my car ready to return to the road?

When it comes to getting your car back on the road, you should carry out a number of checks to make sure everything is in working order. These include: