A reader is worried about driving his Jaguar F-Type after it's under-bonnet pedestrian airbag system has gone off twice, requiring £4000 worth of repair work...

The Jaguar F-Type was my dream car, and after saving up for a year, last April I bought a 2015 Convertible V8 R AWD model with 1800 miles on its clock from Jaguar Lancaster in Sevenoaks, at a cost of £68,000.

Just three weeks later, the car’s pedestrian airbag, which is under the bonnet, deployed while I was driving the car at 13mph in traffic on the M25. The bonnet would no longer close, rendering the car undriveable. It was recovered back to Lookers Jaguar in West London and I was told it would cost almost £2000 to be repaired, because the airbag would have to be replaced and the system recalibrated.

I reluctantly paid for the repair but was dismayed when the airbag deployed again less than a month later as I drove over a speed bump. This time it took 24 days for Lookers Jaguar to fix the car, and I was again told that I would have to foot the bill.

Having paid out £3820 for what I believe is unnecessary repair work caused by an over-sensitive airbag system, I complained to Jaguar and requested that it refund my costs. It took nearly four months for me to get a final response from Jaguar, and its decision was to deny me a refund of my repair costs on account of it claiming both instances were “legitimate deployments”.

Jaguar also stated: “The information that has been provided from the analysis of the restraints control module and events data recorder confirms that at the time of the deployment, the car was travelling at speeds of 13 and 14mph”.

While the speeds quoted are correct, my issue with this is that I didn’t hit a pedestrian on either occasion and I have photographs that prove there is no damage on the car. Furthermore, there was no police investigation and no insurance claim from any injured party.

If I had known before purchase that I could do £2000 worth of damage while driving comfortably within the bounds of the law, I absolutely would not have bought the car.

I have now bought a Mini hatchback at a cost of £14,000 to use when I travel through central London, because I am worried that my F-Type might encounter a speed bump and once again cost me nearly £2000.

I plan to take this to the small claims court in due course. However, I’m keen to explore alternative avenues of recourse before reaching that stage.

We’ve heard of other Jaguars with over-sensitive pedestrian airbag systems that have deployed when cars have been driven over speed bumps – and in one case when an empty food waste caddy was blown onto a car’s bumper by a gust of wind.

We’ve also seen Mr Magee’s car and agree with his assertion that the bodywork has no damage consistent with the car hitting something, so we believe this is another case where the system is defective because it deployed at the wrong time.

We’re also concerned that Lookers Jaguar might not have repaired the system correctly after the first deactivation, because the airbag shouldn’t have activated again three weeks later.

We agree that Mr Magee should be reimbursed for the money he has spent on repairs. In addition, if there is a newer or upgraded pedestrian airbag system that could be fitted to his car, we think Jaguar should fit this to prevent the system from activating at the wrong time and enable him to start using the car again.

We wrote to Jaguar stating our concerns about Mr Magee’s car and received the following response: “We’ve had the system tested via the official process with the critical concerns engineering team and have confirmed that both deployments were legitimate and that the car showed signs of impact that caused the systems to deploy. As such, there’s little more we can do.”

We think this is a really poor response from Jaguar. It and its dealer are content for a customer who’s paid nearly £70,000 for a luxury car to not use it for fear of it suffering a costly fault.

We therefore recommended that Mr Magee contact the Motor Ombudsman, the independent arbitration service for car makers and customers, stating that we didn’t think Jaguar and its dealer were providing the level of recourse that they should do. See below for the Ombudsman’s response.

After investigating, an adjudicator for the Motor Ombudsman stated that they didn’t think the issue was a manufacturing defect, since it had affected only around 2% of F-Types.

Jaguar altered the owner’s handbook in 2016 to state the speeds at which the pedestrian protection system is active – between 12mph and 31mph. Before 2016, this information was not in the manual.

The adjudicator said that because Aidan lacked this information in his handbook when the first incident happened, he didn't know that he should have driven the car at below 12mph when approaching obstacles.

“As crucial information was deprived of him, which I consider is potentially a breach of his statutory rights, or a breach of the New Car Code, he incurred a bill of circa £2000, which, in my opinion, he should not have had to pay,” said the adjudicator.

“After the first deployment, Mr Magee was aware of the system and its sensitivity, and had virtually the same circumstances cause the same event. As I do not consider it to be due to a warranty or breach of contract, I would not award the second set of costs.”

Jaguar abided by the Ombudsman’s recommendation and agreed to pay for one set of repairs.

Aidan accepted the findings, too, saying: “I think Jaguar should have paid the full amount, but as I wasn’t expecting anything, I am pleased with the outcome."

Driving prowess counts more than anything else with sports cars; they must accelerate, brake and handle better than their rivals in order to stand out.

However, it certainly isn't just about being quickest around a track. The best models entertain the driver on the road, too – so much so that you'll be grinning from ear to ear every time you get behind the wheel.

Smiles certainly come before miles to the gallon or how many suitcases can come along for the ride. But having said that, no one likes throwing their money away, so a degree of financial sense is still important.

Here we count down the 10 best sports cars available for less than £60,000, and reveal the models that are best avoided. 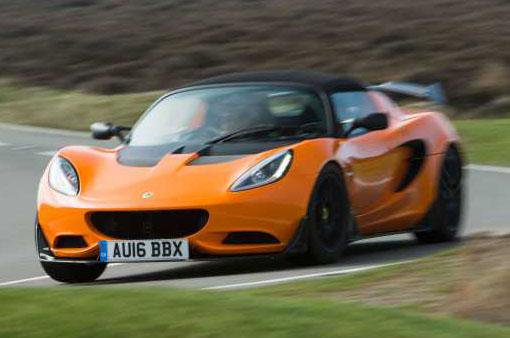 It may be getting on a bit, but the Elise remains a proper sports car that's full of sensation. It demands dedication for day-to-day use, but is worth the effort. 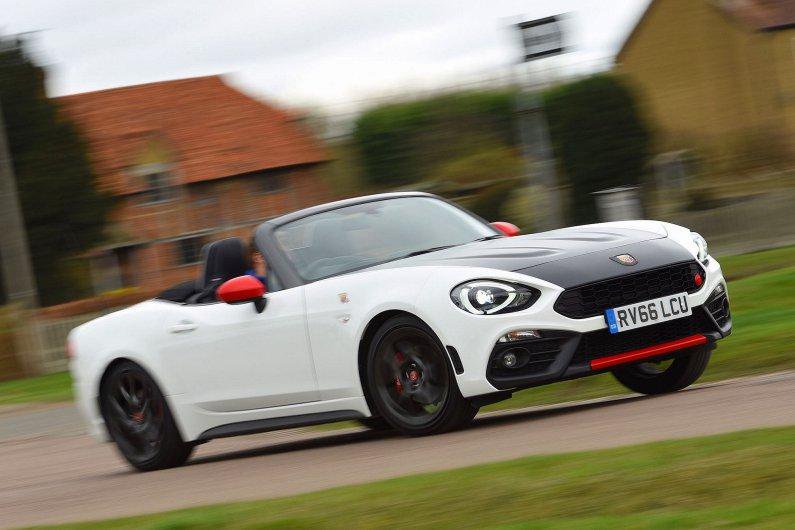 The Abarth is a sportier version of the Fiat 124 Spider, which is itself based on the hugely successful Mazda MX-5. The Abarth offers more power and a sportier character than its relations, but it's pricey next to them, too. 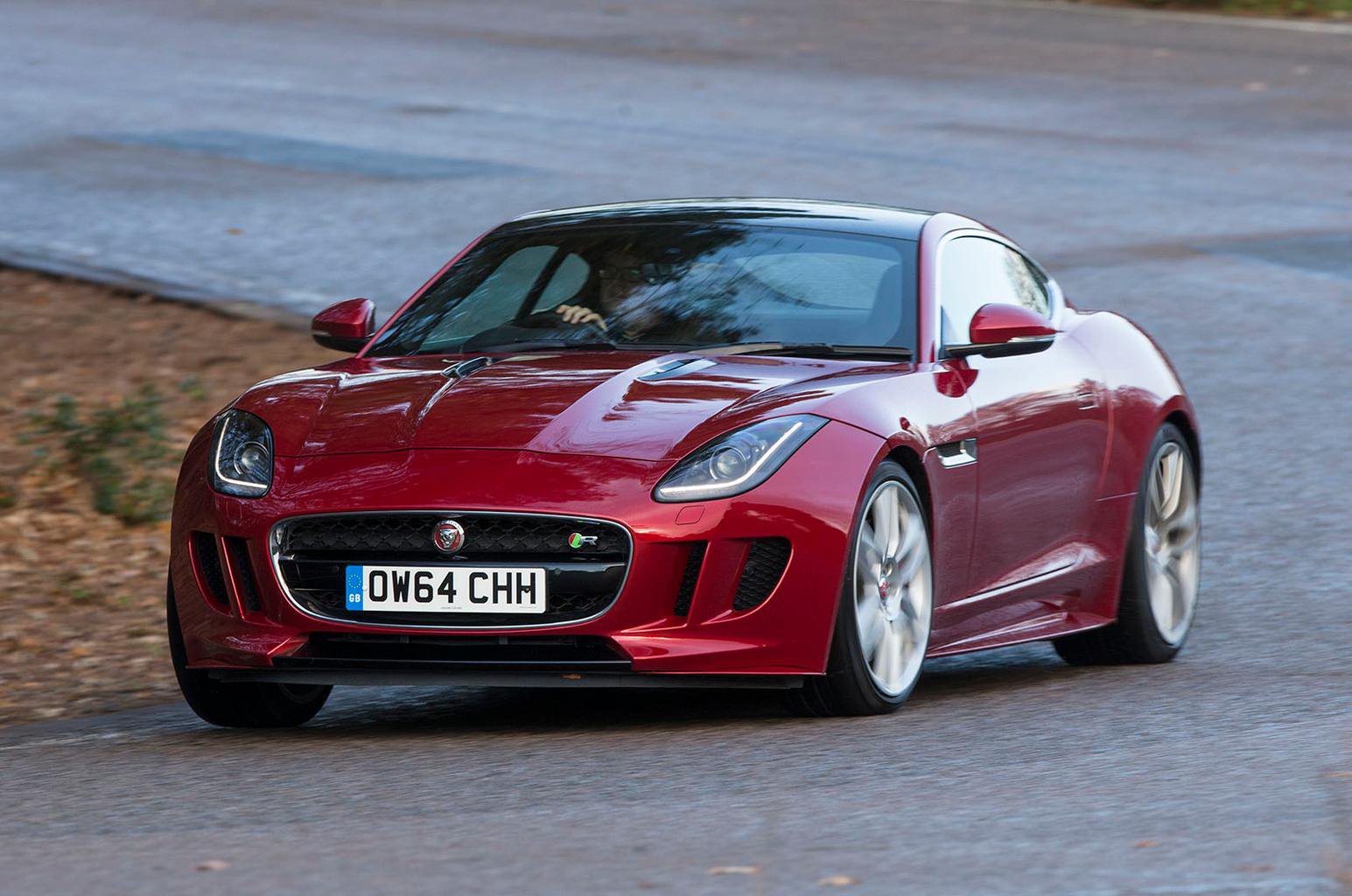 While Jaguar offers the F-Type with a 2.0-litre turbocharged engine, it's the supercharged V6 that we recommend, because it sounds much better and carries only a small premium. It also gives you the option of a manual gearbox, whereas the 2.0-litre model is automatic-only.