A reader's new car developed a leak after just three months, but he's been told it's up to the dealer to decide if it should be replaced...

I bought a brand new Hyundai ix20 last April, and three months and just 1100 miles later I discovered it had a leak that was draining into the driver’s footwell, leaving the carpet sodden.

I informed the supplying dealer straight away and opened a case with Hyundai UK’s customer services department. The dealer, Murley of Stratford-upon-Avon, took the car in for repair and replaced the driver’s door seal. I got the impression this was a shot in the dark.

It rained heavily the night I got the car back and the driver’s footwell was saturated again in the morning. I decided to reject the car and returned it to the dealer with both sets of keys and the logbook. I sent an email to the dealer, Hyundai UK and the finance company stating that the car was not of satisfactory quality and that the repair had failed. I also suggested that an appropriate resolution would be for me to receive a like-for-like replacement vehicle.

I was initially given the impression that Hyundai UK was minded to replace the car. However, nearly a month after my rejection, the customer services team called me to state that although the car had a manufacturing defect, Hyundai UK couldn’t accept my rejection and the matter was the dealer’s responsibility. The reason I was given for this is that I’d accepted the dealer’s offer of a repair. However, I only did this on the advice of customer services.

I believe that under the Consumer Rights Act 2015, I was justified in exercising my right to reject the car when the repair failed. Moreover, it seems to me that Hyundai UK has a strong moral obligation to replace the car, because it has a manufacturing defect and the reason it has given for sidestepping responsibility suggests it’s penalising me for taking its advice.

I also feel I’m owed some goodwill as a loyal customer; this is the fifth Hyundai that I’ve purchased from main dealers in the past 10 years and the third new ix20 I’ve bought from Murley. I’ve also used Murley exclusively for all servicing and repairs for the past decade.

We looked into Chris’s case and agreed with his belief that he had the right to reject the car and get a like-for-like replacement. So, we contacted Hyundai UK to ask it to reconsider its decision.

We heard back straight away with good news. A spokesperson said: “I’ve looked into Mr Kennedy’s case and have been informed that it’s standard practice for the responsibility to lie with the dealer if they have carried out a repair that hasn’t been successful. However, Hyundai UK has decided that it will look to swap Mr Kennedy’s car for a replacement vehicle. The team is currently looking into whether there is a suitable car in stock.”

Soon afterwards, Chris got back in touch to say he’d been offered the choice of a new white ix20 or a nearly new one in the same black as his previous car. He went for the new option.

It may have been comprehensively trounced in the sales charts by that rapscallion newcomer the SUV, but the good old MPV still has plenty of life in it. Choosing the best used one isn’t the matter of a moment, though. Consideration must be given, not just to the engine and specification that best suits your needs, but also whether you’re going to need five seats or seven – and indeed, how big you want your MPV to be.

Fortunately, a £10,000 budget gives you plenty of options. Smaller MPVs provide a great balance between family space and manoeuvrability, while larger options offer enough room for anything you might wish to throw at them.

And buying an MPV these days doesn’t have to mean giving up a little slice of your soul, either. Many modern people-carriers are enjoyable to drive and good to look at, while the extra practicality they offer will widen your smile still further. Without further ado, then, here’s our round-up of the very best MPVs £10,000 will buy you. 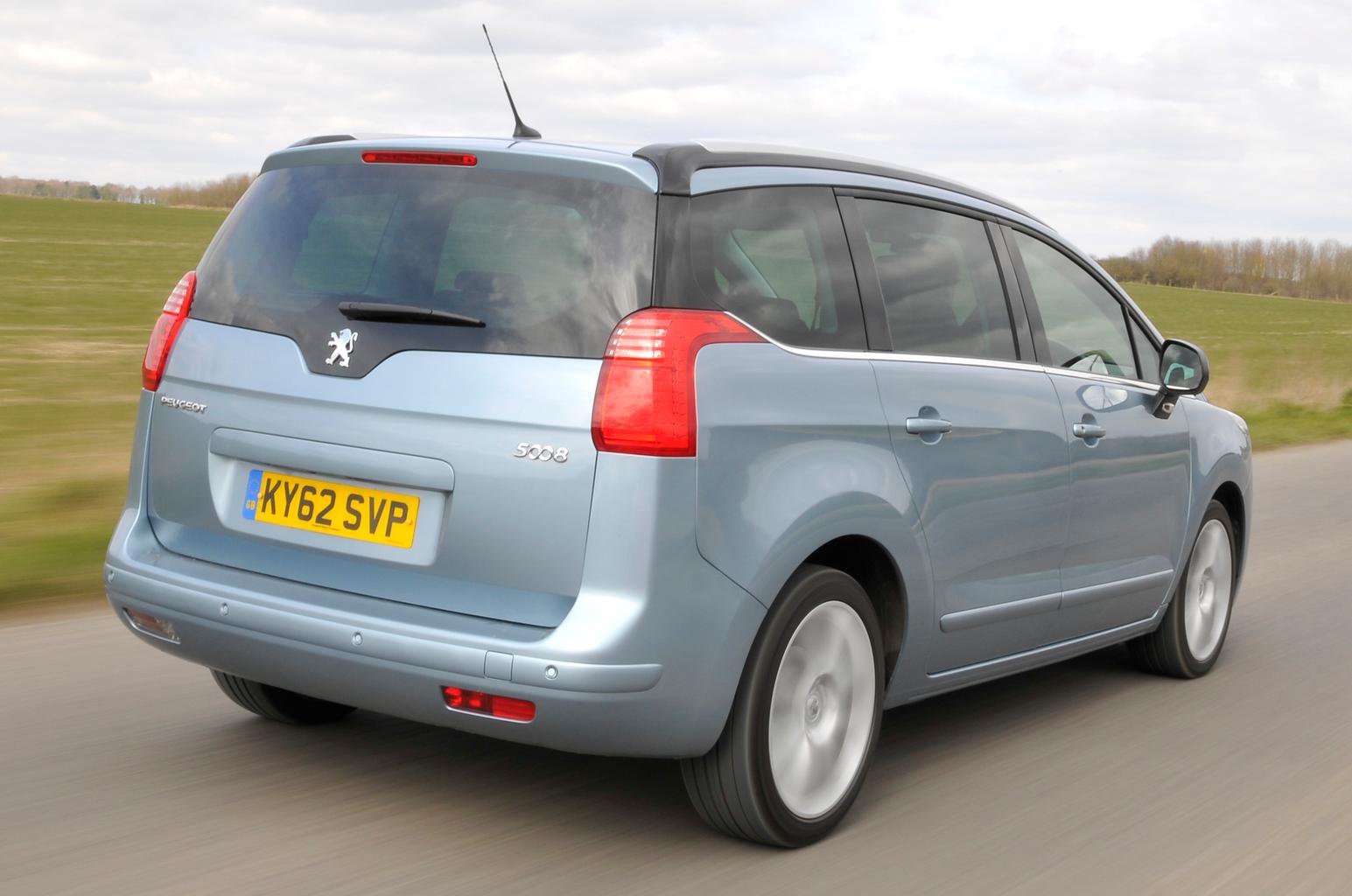 The Peugeot 5008 is easily one of the company’s best offerings in recent years (the latest one is even better, although it's now an SUV not an MPV), and as with most Peugeots, heavy depreciation makes it a great used buy. You get all the things we like about the 5008 – a roomy, versatile interior with seating for seven; a tactile, stylish dashboard; a comfortable ride with good handling and low noise levels – but at a bargain price. Avoid the jerky automatic and go for a manual; also keep an eye out for electrical niggles, which aren’t unknown. 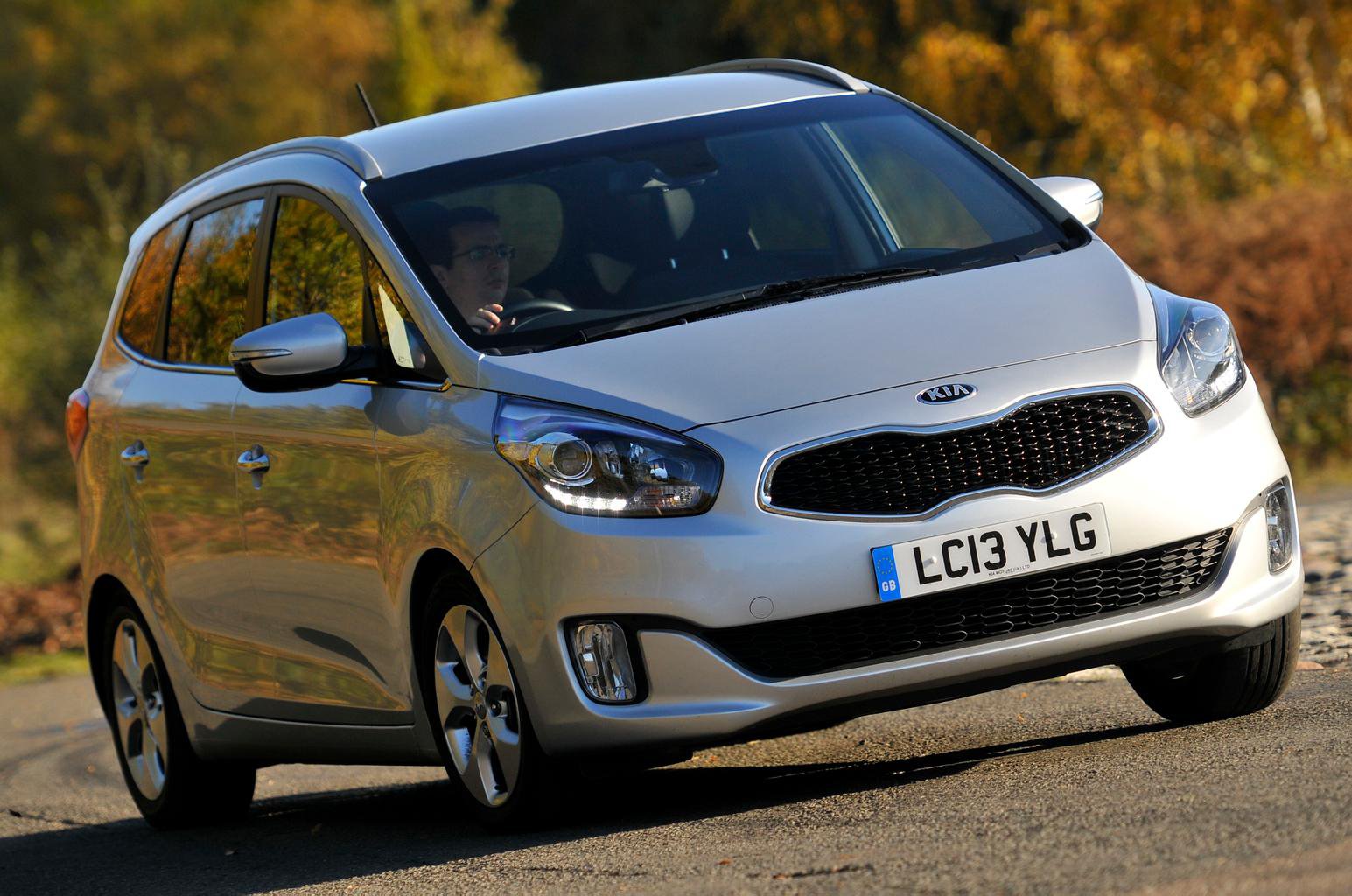 The second-generation Kia Carens fits into our budget here, and it’s worth looking at simply because of its seven-year warranty. A 2015 car will still have three of four years of this left, as long as the car hasn’t gone over 100,000 miles – and that’s a huge bonus. You’ll hopefully never need it, mind you, as the reports suggest the Carens is a pretty reliable thing. It’s ordinary to drive, and the rear-most seats of the seven on offer are rather tricky to get into. But it is at least comfortable, well-appointed and, in 1.7-litre diesel form, just about powerful enough too. 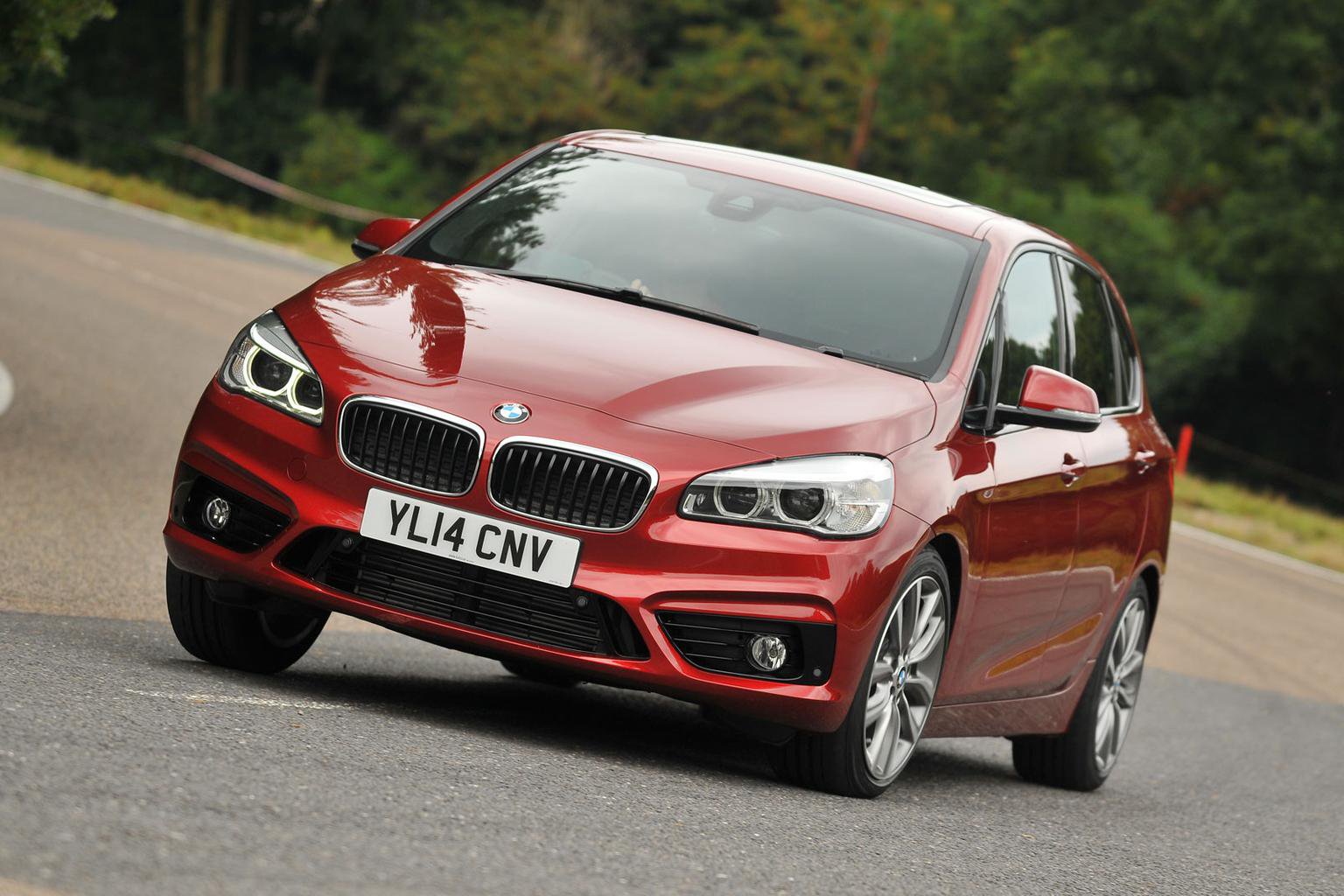 The 2 Series Active Tourer was based on the Mini's front-wheel-drive platform, and was a bit of a break from tradition for a modern-day BMW. It's the five-seat version only we can get for our money - the seven-seat Gran Tourer is just a fraction over the £10k limit we've set here. However, what you'll get is good family transport and a car that's better to drive than some of its contemporaries. To that end, BMW has put a lot of effort into the usability of the available space. You may not like the look of the raised roofline, but it does help when putting children into their safety seats in the back, and the rear seats split 40:20:40, which helps if you need to carry both longer loads and passengers. Look for a 2015 car with the popular 1.5-litre diesel unit.