With sharper handling courtesy of a lighter front end, a significantly cheaper price tag and virtually identical real world performance to the ‘halo’ V12 engined DB11, the ‘entry-level’ V8 rendered its big brother redundant when it was introduced in the latter half of 2017.

Of course, there were still some buyers who felt a ‘proper GT Aston’ should have a V12, but those were in the minority - thus the V12 was discontinued late last year.

Not that we were too upset. After all, the original V12 DB11 was far from perfect. It was too loosely sprung, felt nervous over brows and dips and never generated the traction required to put 600bhp to the road. Thankfully Aston’s engineers knew of the standard car’s flaws and therefore used the extra development time afforded to them with the V8 to iron out almost all of the criticisms we had with the original car.

The results were (and still are) transformative. In the bends, the DB11 V8’s body stays impressively flat, the front end is much keener to turn in and the reworked steering is judged to perfection, being quick, but not so quick around the straight-ahead that it feels nervous at motorway speeds. And unlike the Bentley Continental GTC and Mercedes S-Class Coupe, the steering transmits a pretty well defined impression of the road straight to the palms of your hands, giving you the confidence to press on when the road gets demanding.

And better yet, with an almost instantaneous throttle response and bags of torque, the V8 has arguably greater real-world pace than the standard V12.

However, if there’s one area where the V8 falls behind the V12, it’s noise. Put simply, the V12 sounds unforgettable at all times, whereas the V8 is much quieter than it is in AMG Mercs, only starting to snarl and spit at higher revs. Plus, we suspect there will always be buyers who won’t want to lower themselves to an Aston with a ‘lowly’ Mercedes motor.

So where can those buyers who still crave a V12 go, we here you ask? Well, as it turns out, Aston didn’t really discontinue the DB11 V12 after all, it simply replaced it with a new model: the DB11 AMR (AMR standing for ‘Aston Martin Racing’). And to put it simply, it’s the car the DB11 should have been all along.

With the V8’s revised suspension, retuned dampers, a thicker front anti-roll bar and lighter alloy wheels, the AMR grips harder, is more accurate on corner entry and is far more stable over lumps and bumps than the car it replaces. And better yet, because Aston has created bigger and more clearly defined steps between the GT, S and S+ damper modes - the AMR is no less comfortable, being surprisingly more supple than a Continental GTC.

Granted, there is a little more tyre and wind noise at speed than in the Bentley or S-Class Coupe, but then again the AMR is intended to sit at the sportier end of the GT class, and when viewed in that context it’s not really much of an issue. Put it this way: if you want to settle into a comfortable, 600-mile dash across Europe, the AMR will more than oblige. 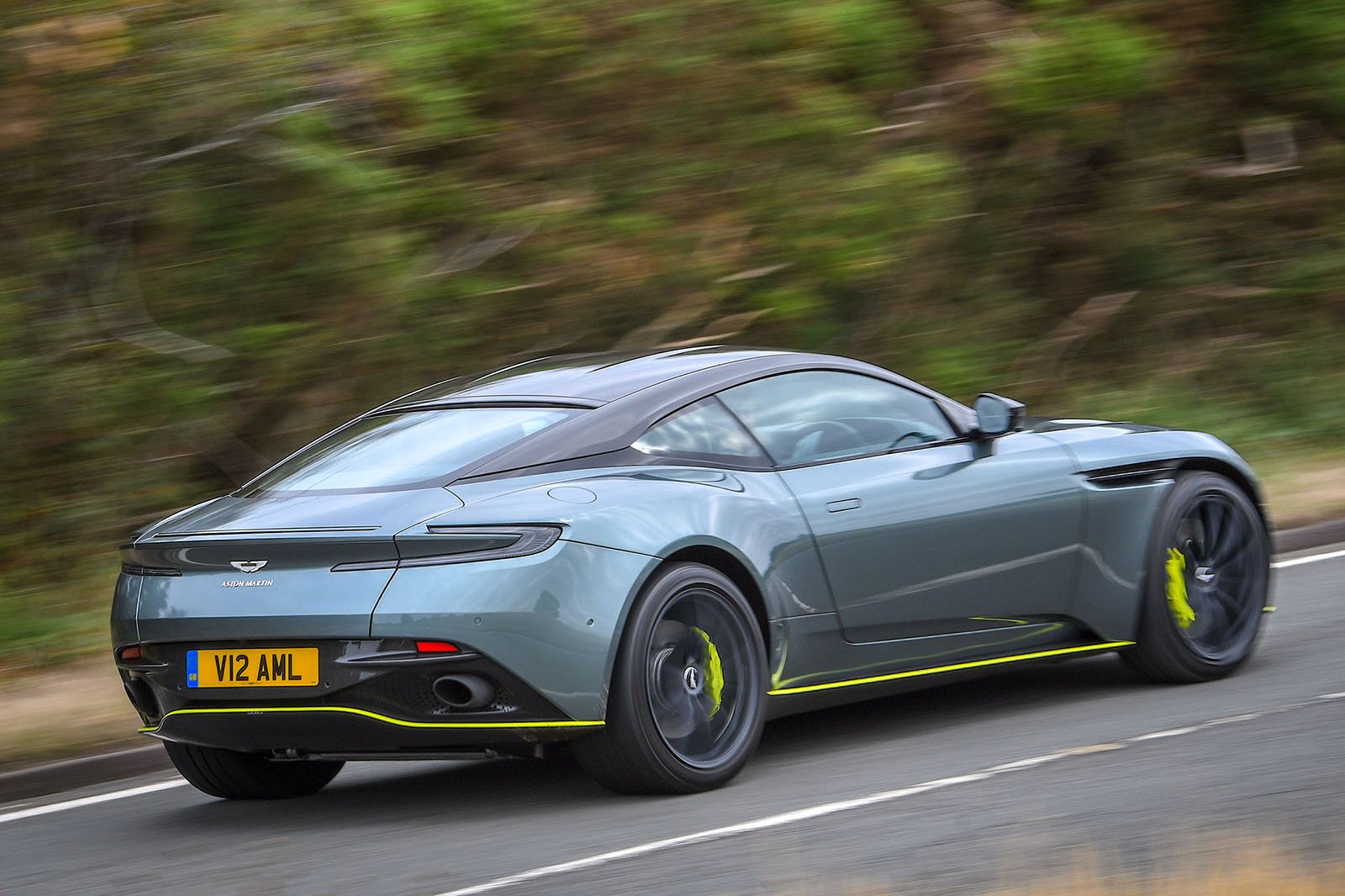