It’s blueprinted DB11 in the cockpit of the DBS Volante. That's no bad thing, because the driving position is sound, with ample adjustment that allows all shapes of driver to get comfortable. Everything moves electrically, because this is no pared-back racer and still very much in the GT mould.

Visibility isn’t great, with rather thick windscreen pillars that hamper your view around tight bends and a slim rear screen to boot, but that’s standard issue in a car such as this. You get a rear-view camera and front and rear parking sensors to offset these issues when you're parking.

The finish retains the best bits from Aston Martins of old and adds smatterings of modernity, with soft, hand-stitched leathers sitting next to carbonfibre trims. It’s not the most robust interior in places, with the iffy-feeling climate control vents, for example, proving that Aston Martin still has work to do to make its cars feel properly luxurious inside.

As in the regular DB11, there are plenty of switches sourced from Mercedes, as well as the infotainment system. It’s not the best system on the market – the Bentley Continental GT Convertible’s is superior, for example – but it’s far better than anything Aston Martin has offered before. To control it, there’s a big dial between the front seats that you twist to scroll through the on-screen menus display on the centrally mounted 8.0in screen.

At speeds of less than 30mph, you can draw the electrically operated roof up or down. This takes around 14 seconds and can be done remotely from outside the car by using the key, as well as by pressing a button between the front seats. 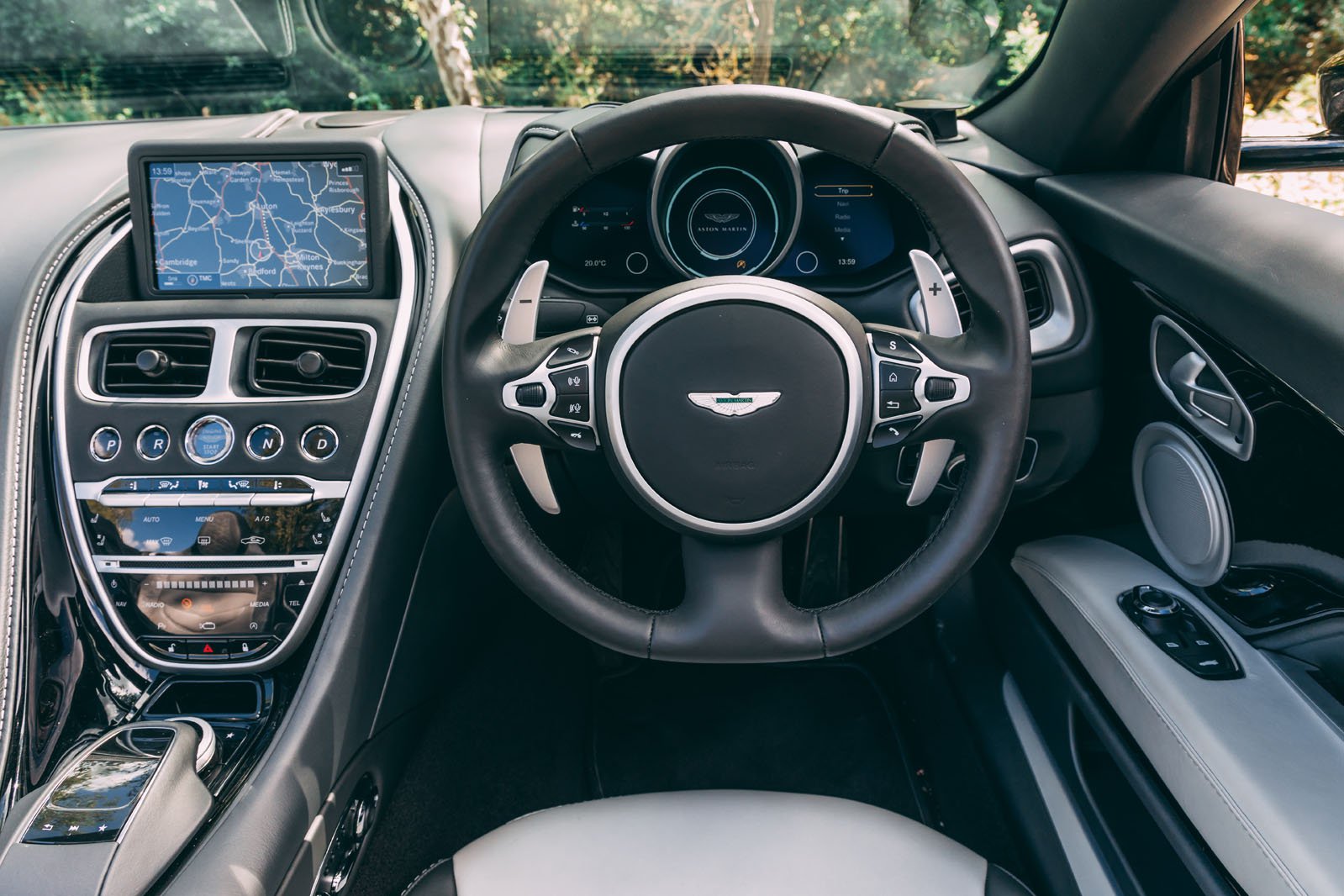 One of the best-sounding engines ever built, delivering extrem...