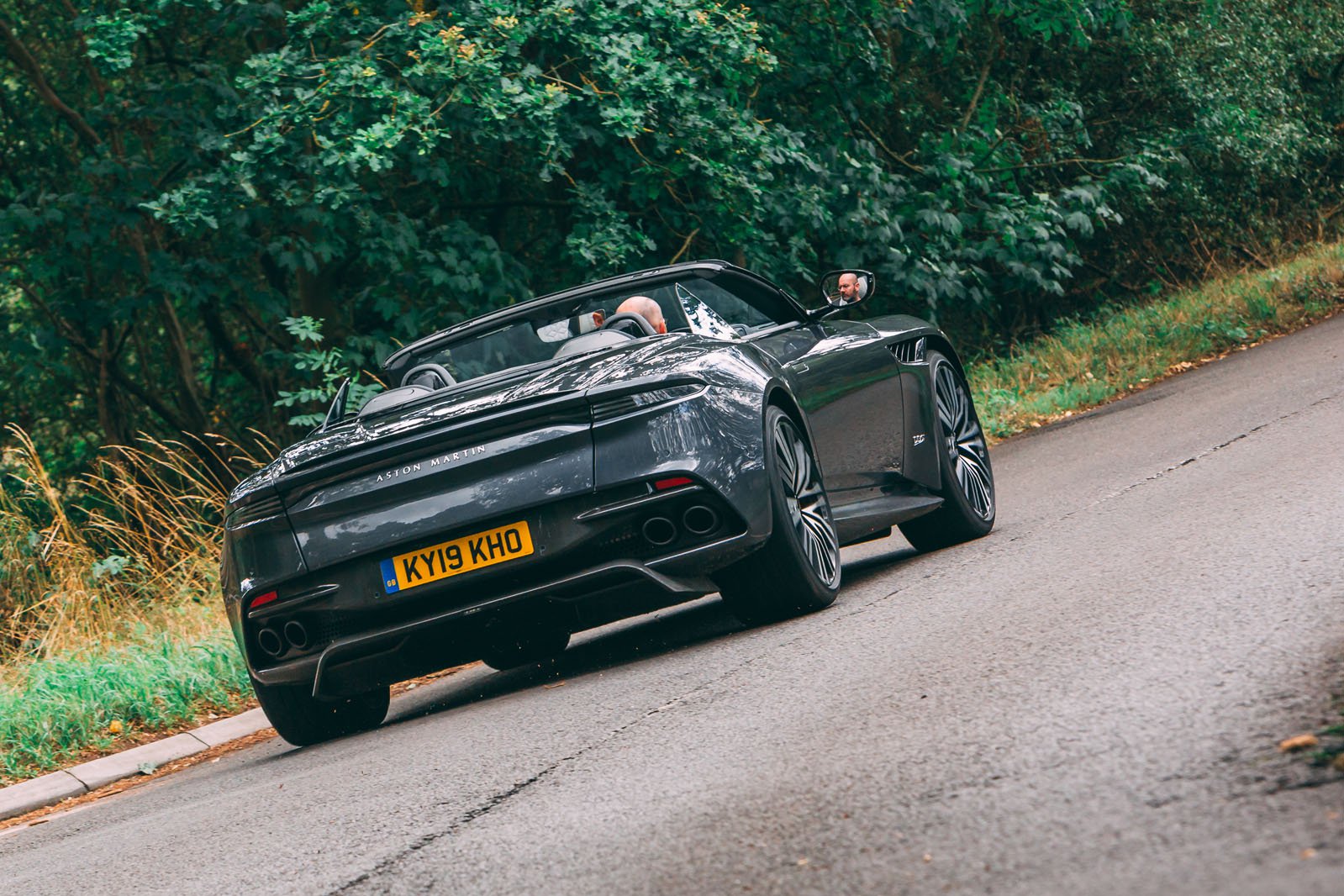 Now, if you’ve ever been lucky enough to drive the regular DB11, you’re probably thinking the last thing it needed was more grunt; it can be a little lively, you see. Yet Aston Martin has set out to make the DBS Volante ultra-useable and driveable, despite its incongruous power. Part of that process involved fitting it with a set of specially developed Pirelli P Zero tyres.

What’s it like? In a world where an electric Tesla’s inaudible speed is very much the talk of the town, there remains something utterly wonderful about being able to thumb a starter button and listen glorious whirr of a V12 petrol engine cranking over before those twelve cylinders awake with deep bellow. Arguably, this isn’t the most evocative-sounding V12 of all time – but in the same way that, to some, Ossetra caviar might not be considered quite as scrumptious as Beluga, if you catch our drift?

Then you repeat the same foot-flat antics in second or third, and suddenly that monstrous torque is like the enormous gloved hand of a six-foot-plus goalkeeper thumping you in the back. And watching the numbers building rampantly on the digital speedometer confirms what your senses are telling you: oh yes, this is a truly fast car.

It wholly justifies Aston Martin’s claims of 0-62mph in 3.6sec and a top speed of 211mph. Yet it’s not like a rampant Catherine Wheel that’s about to come loose at the nail; it’s epic but manageable. That said, it you want even more mind-bending acceleration, the McLaren 720S Spider offers just that.

That performance does show up the gearbox’s failings, though. It’s a regular automatic, rather than the dual-clutch type fitted to a 720S, for example, and its changes are decidedly slurred and less reactive to your pulls on the shift paddles behind the steering wheel. It’s a weakness, certainly, but not a deal-breaker.

Again, that description of usability shines through elsewhere. The DBS Volante, despite its prodigious power, conjures up otherworldly traction from its rear tyres. So, assuming the road is dry at least, this isn’t an intimidating monster like you might imagine; it quickly gives you the confidence to push hard without feeling you might spear off the road.

It looks after you in other ways, too. The delicious steering weight and accuracy that allow you to guide the DBS Volante using just your fingertips; the inherent balance and poise of its chassis; the well-judged brake pedal and vast brake discs that haul you up assuredly. This big drop-top GT puts you at the epicentre of the driving experience, and with that comes a feeling of full control.